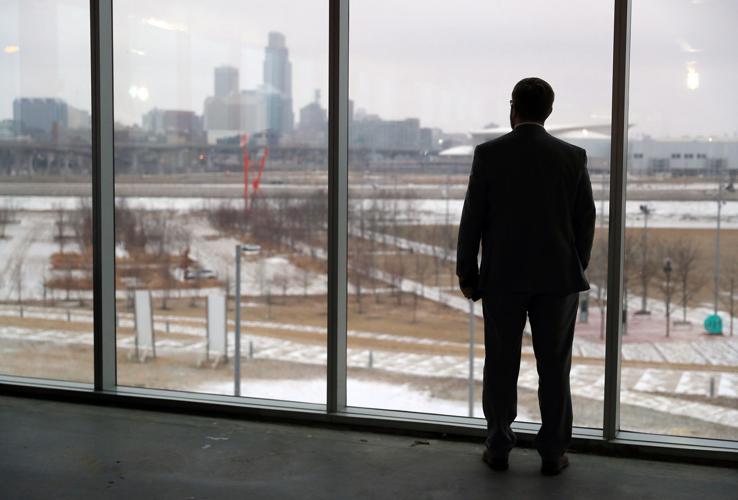 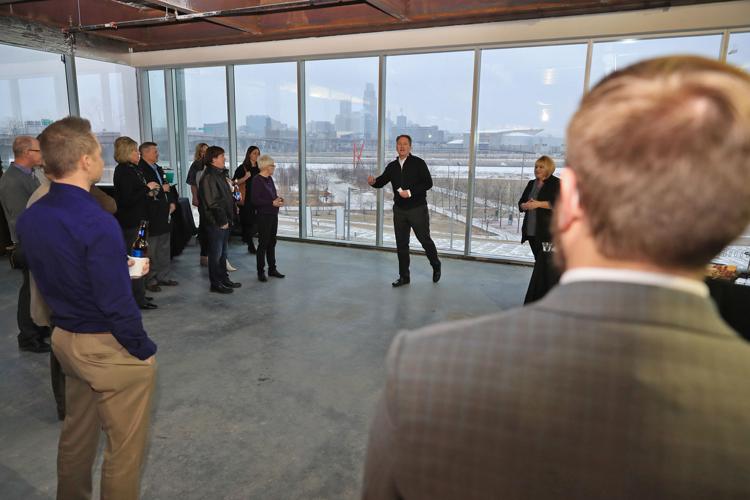 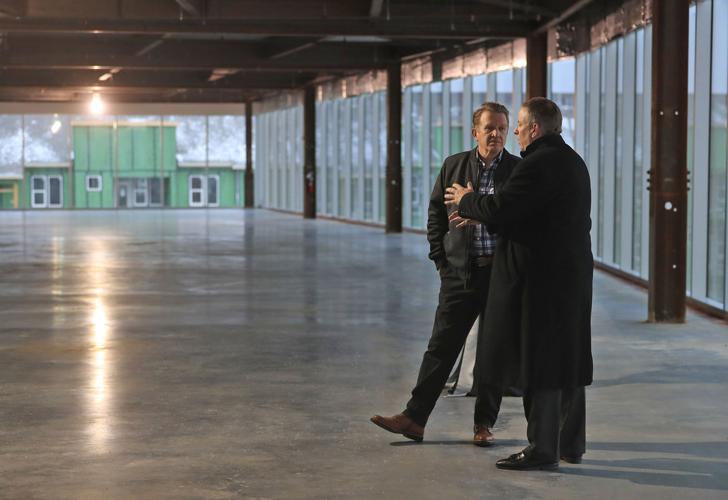 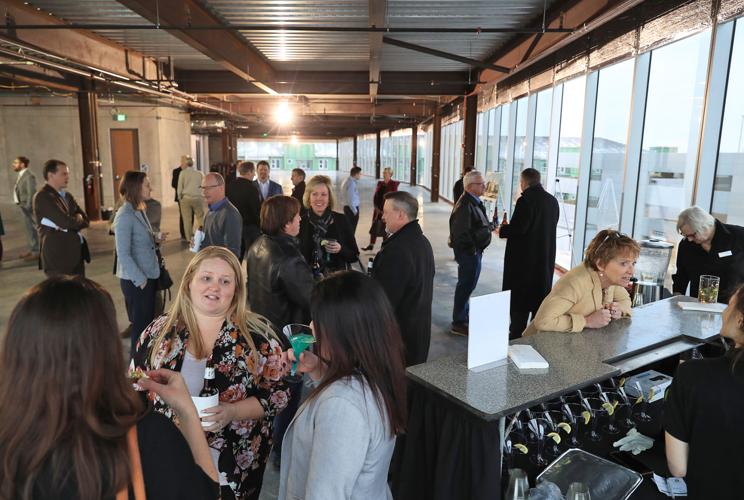 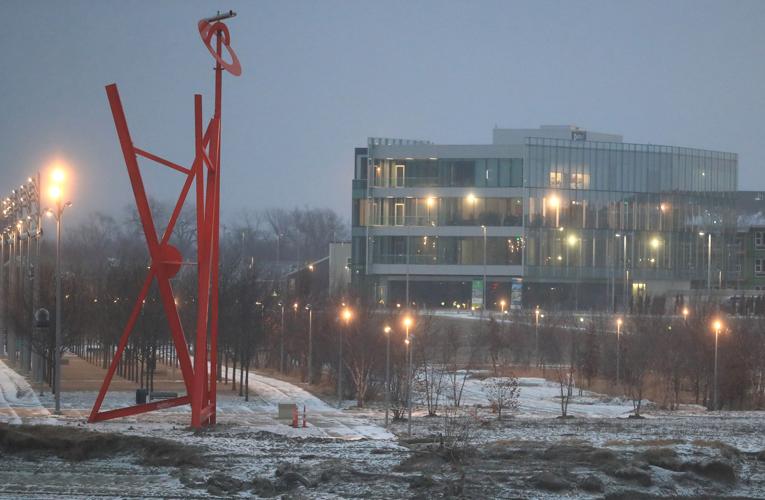 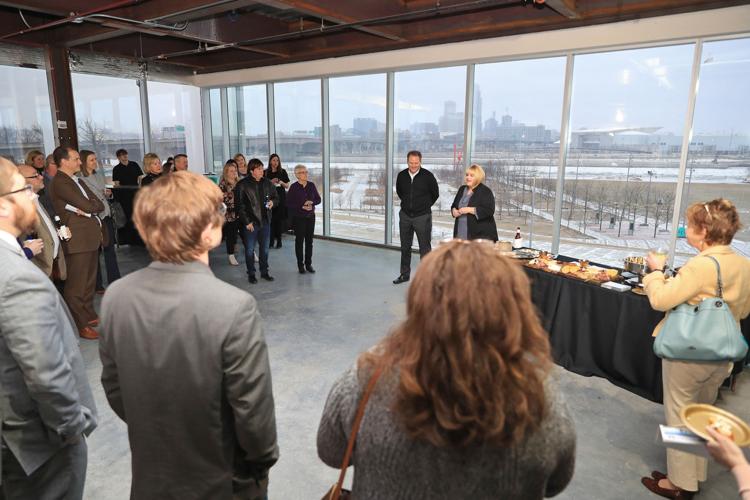 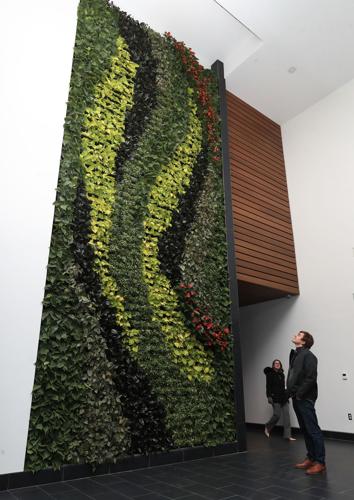 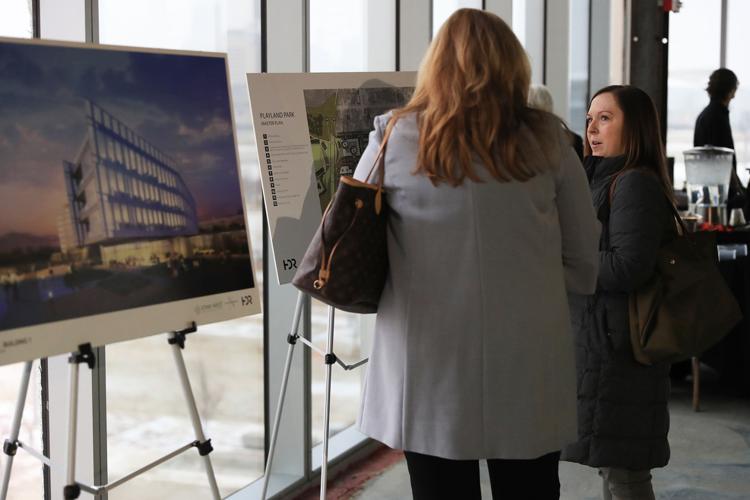 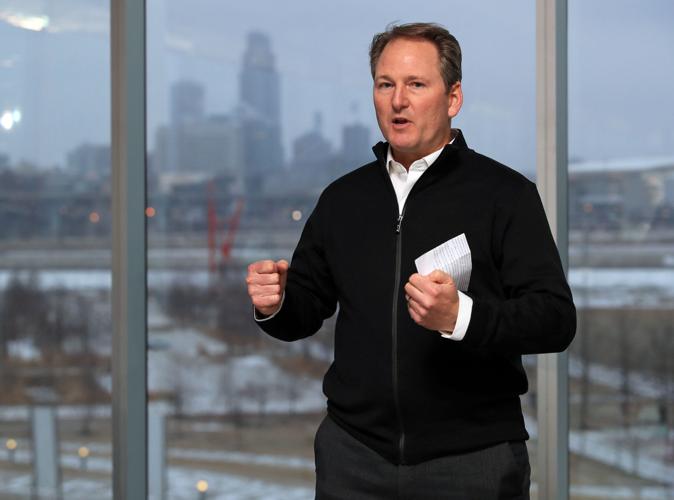 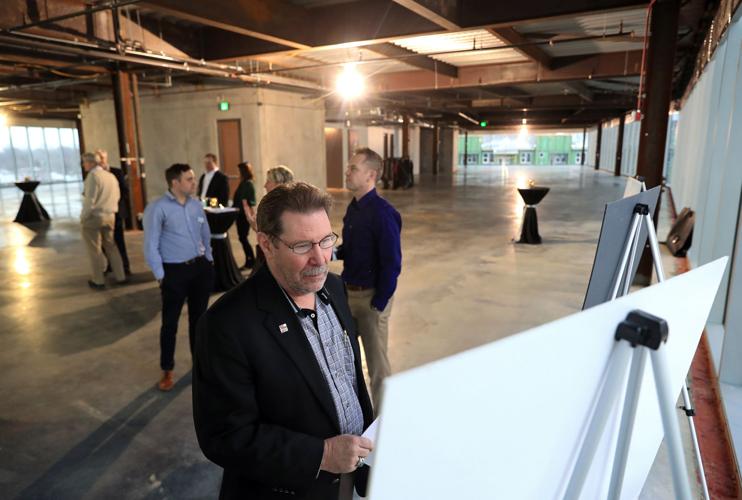 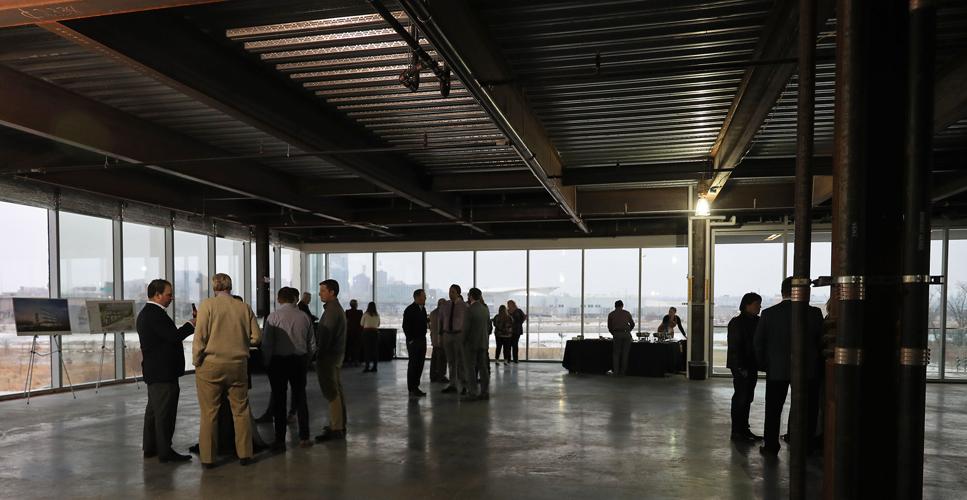 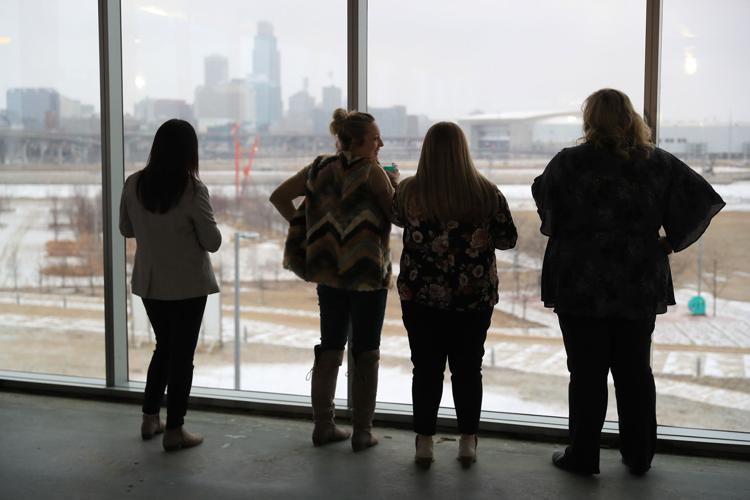 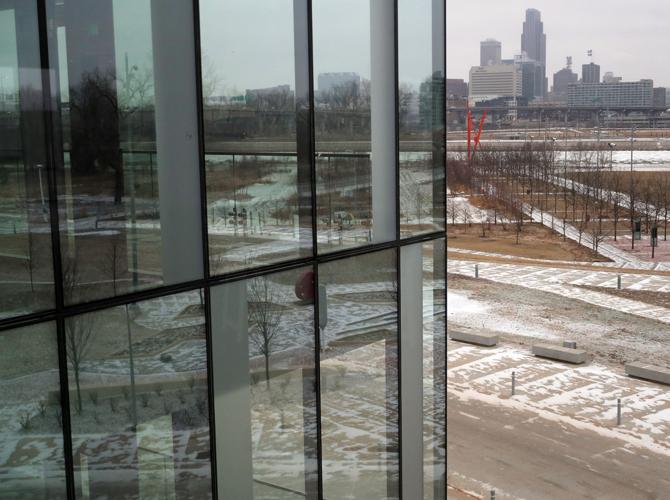 Area residents stopped by for an open house at the new facility, walking the halls of the four-story, 67,000-square foot building.

The $20 million building will house the Iowa West Foundation, which has worked with Noddle Companies of Omaha to develop the area. It will include the office space, a parking garage, apartments and other commercial space.

Iowa West is still getting settled in the new building as its anchor and, currently, only tenant. A group of partner organizations are working to fill the space.

The open house and reception was held on the third floor of the building, with floor to ceiling windows offering a view of River’s Edge Park and beyond.

The space had a balcony as well.

The Iowa West office is on the fourth floor. On the first floor visitors are greeted by a “living wall,” raising from the floor with a variety of plant life.

Hazlewood and others at the open house noted the building’s uniqueness to the Council Bluffs market, with many calling it a “Class A” office building. Hazlewood said she’s confident additional tenants will be attracted to the River’s Edge.

“The more people get in here to showcase the building, the more interest it will generate,” she said.

Ted Zetzman with Noddle Companies said the developer currently has an offer for office space on the third floor that is being evaluated.

The number of businesses and organizations in the building would depend on size and number of employees.

“There could be multiple smaller tenants or a handful of larger tenants,” Zetzman said.

At the event, City Councilwoman Sharon White called the building, “a beautiful facility.”

“I’m excited to see it fill up,” she said, noting this type of building is new for the Council Bluffs market. She said she’s confident businesses will locate at River’s Edge.

One company that isn’t coming to the building, at least for now, is Pillar Technology. The company had worked with Noddle Companies and Advance Southwest Iowa on a plan to locate an 8,000-square foot office at River’s Edge.

In August 2018, Accenture purchased Pillar Technology. Zetzman said the purchase came after River’s Edge stakeholders and Pillar had agreed to a letter of intent, but before Pillar signed a legally-binding lease.

After purchasing Pillar, Accenture decided against having Pillar expand to Council Bluffs.

“They are not moving in at this time,” Zetzman said, noting, “They said they would reconsider based on their business growth and business acquisition activities.”

Adjacent to the River’s Edge office building is the new Broadmoor apartment complex, which already has tenants moving in, with more expected in the summer and fall.

Zetzman said the condominium project spearheaded by Chicago-based Argent Group is still a work in progress as the company works to fill the space before moving forward with construction.

The facility is slated to have outdoor and indoor swimming, a rooftop terrace and a fitness center.

— Cindy Gonzalez with the BH News Service contributed to this report.

'Cool Cats' are coming this month as part of literacy events

February will be one “hot” month when the “cool cats” come to town.

What student loan forgiveness means for you

What student loan forgiveness means for you