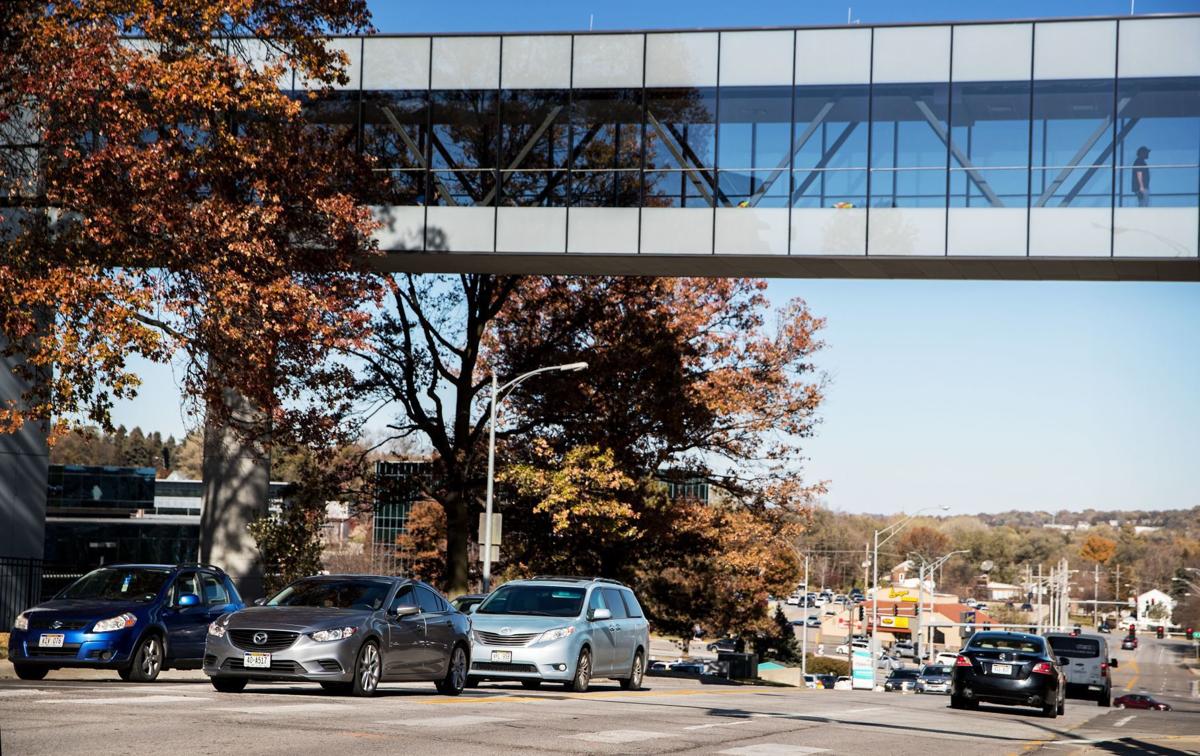 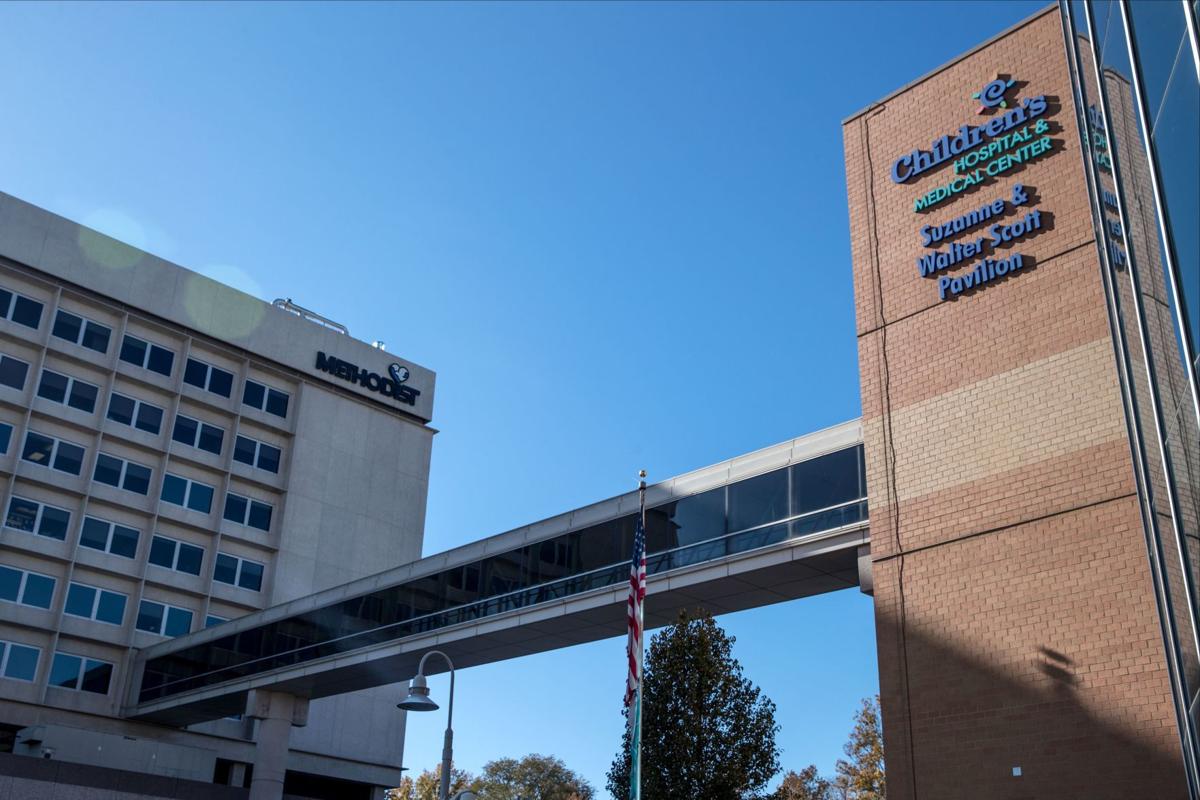 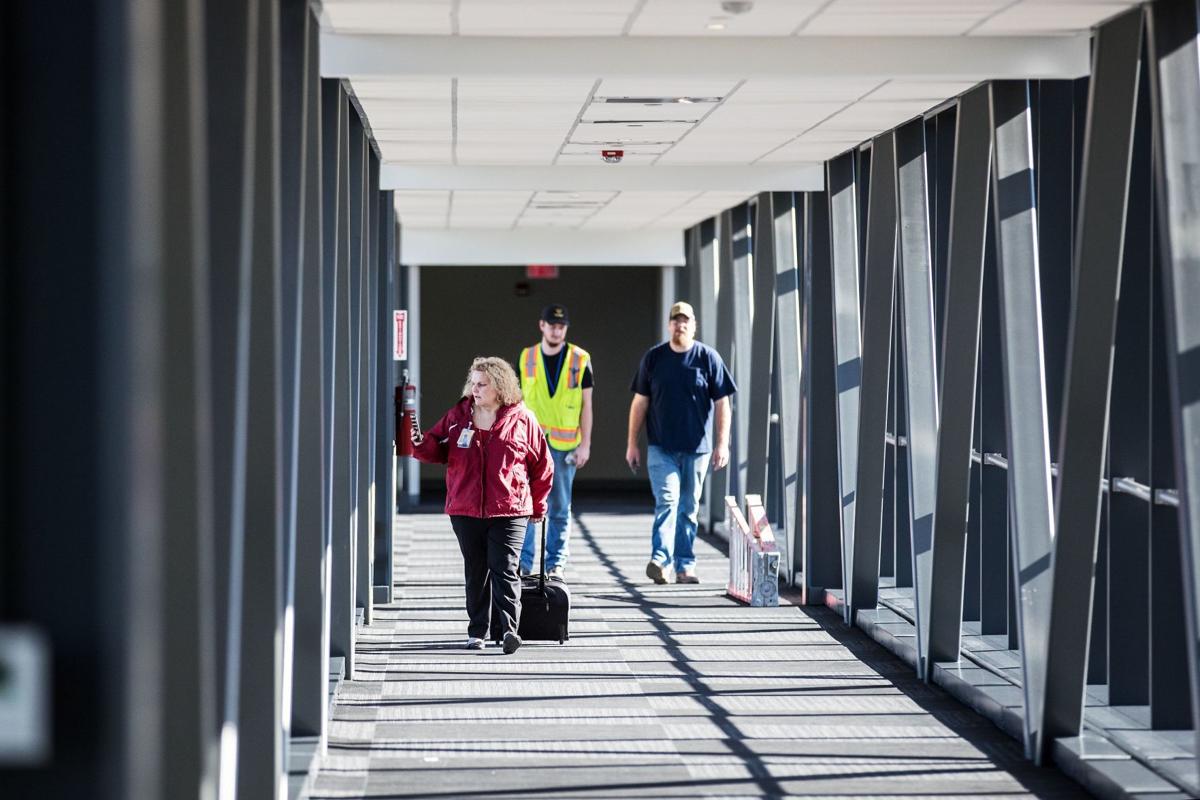 OMAHA — Look up and to the south when approaching 84th Street and West Dodge Road, and you’ll see it: the latest sign of big growth at Children’s Hospital & Medical Center.

That newly opened “skybridge” spans 220 feet across 84th Street — linking the pediatric hospital and clinics based at 8200 Dodge to a recently acquired office campus to the west that once housed HDR’s corporate headquarters.

By using the enclosed passageway built 38 feet above street level, Children’s doctors settling into the former architectural and engineering digs will have a quick walk to see hospital patients.

They and hundreds of other employees crossing between buildings on either side of 84th won’t have to brave the elements. They won’t have to dodge traffic.

They’re part of a better-connected medical campus that has tripled its footprint over the past few years around the busy 84th and West Dodge intersection.

“We have realized a truly integrated main campus, with nearly all administrative and support functions nearby and connected to the hospital proper,” said Rodrigo López, Children’s interim president and CEO.

He called the $8 million pedestrian overpass, which opened Friday and includes an elevator and external staircase, and recent property acquisitions “essential” to growing the full-service pediatric health care center that serves mainly Nebraska and five surrounding states but also sick kids from across and outside the country.

While Children’s actually purchased the HDR headquarters in mid-2016, the hospital staff did not start moving into the buildings until this year after some 1,000 HDR employees moved into their new home at Aksarben Village.

Children’s staff since then have been filling up the office spaces in what Children’s refers to as its Indian Hills campus. López said the buildings were in good shape and in need of little renovation. HDR even left nice furniture, he said.

Relocation of administrative services from the main hospital facility to the Indian Hills campus across the street frees up space for more services that directly touch patients. That becomes key also as the lease expires in 2021 on two newborn floors Children’s currently uses at neighboring Methodist Hospital.

“The demand for high-quality pediatric specialty care is on the rise,” López said. “Children’s is growing to continue to meet the health needs of children and families today and for generations to come.”

In addition to the glassy pair of former HDR office buildings along Indian Hills Drive, Children’s acquired the neighboring Durham Plaza at 8401 West Dodge for a total of $33.5 million. The trio of structures on the seven-acre area contains about 225,000 square feet of office space and 700 parking spaces, some indoor.

On top of that, Children’s two years ago purchased for about $9 million another seven acres west of the Durham Plaza that includes a 104,000-square-foot office structure at 8511 West Dodge and parking lots.

The fate of the 8511 facility on the south side of the busy Dodge corridor remains uncertain. But López said the ground is key in helping to meet future needs. Currently, the property is being used for construction storage as crews work on the nine-story Hubbard Center for Children that’s scheduled to open in 2021 on the northern side of the hospital.

Children’s also has administrative offices north of West Dodge, at 85th and Cass Streets. Those two “sibling” structures span about 60,000 square feet. One was built new and opened in late 2016; the other was bought and renovated a couple of years earlier.

Neighboring pockets around the Children’s main campus have seen their own bursts of development.

To the west, at 8601 West Dodge, NAI NP Dodge Commercial Real Estate is renovating a former 69,000-square-foot office strip for a mix of uses, including retail service businesses, boutiques and restaurants.

A leasing sign says the five-acre property (including parking lots where once stood the Indian Hills movie theater) would be available in 2020.

On the north side of West Dodge and Children’s, two mixed-use developments anchored by bank branches have risen.

Pinnacle Bank is the main tenant of a 16,600-square-foot, two-story building that opened this year at the northeast corner of 84th Street and West Dodge Road.

Exchange Bank entered the Omaha market as anchor of a 30,000-square-foot structure at 8008 West Dodge Road.

Iowa tax holiday slated for this Friday and Saturday

Everybody loves a holiday, and Friday marks the beginning of Iowa’s annual two-day tax holiday.

Profit up 87% at Buffett's firm, but virus slows businesses

OMAHA, Neb. — Warren Buffett’s company reported an 87% jump in its second-quarter profit as the paper value of its investment portfolio increa…

NEOLA — Dirt work is underway in Neola, the first steps in a plan city officials hope will add 200 homes to the area.

State Farm Insurance agents were given up to $500 each to “meet community needs and inspire others into action,” with their Good Neighbor Comm…

A Council Bluffs man has been sentenced to 10 years in prison on drug charges.

If you don’t think you can handle your monthly payments, an income-driven repayment plan is your best option to avoid default. Here’s why you should enroll now and what your other choices are.

The Most Important Retirement Chart You'll Ever See

This chart may help kick your savings into high gear.

Don’t Charge These Purchases to Your Credit Card

Don’t Charge These Purchases to Your Credit Card