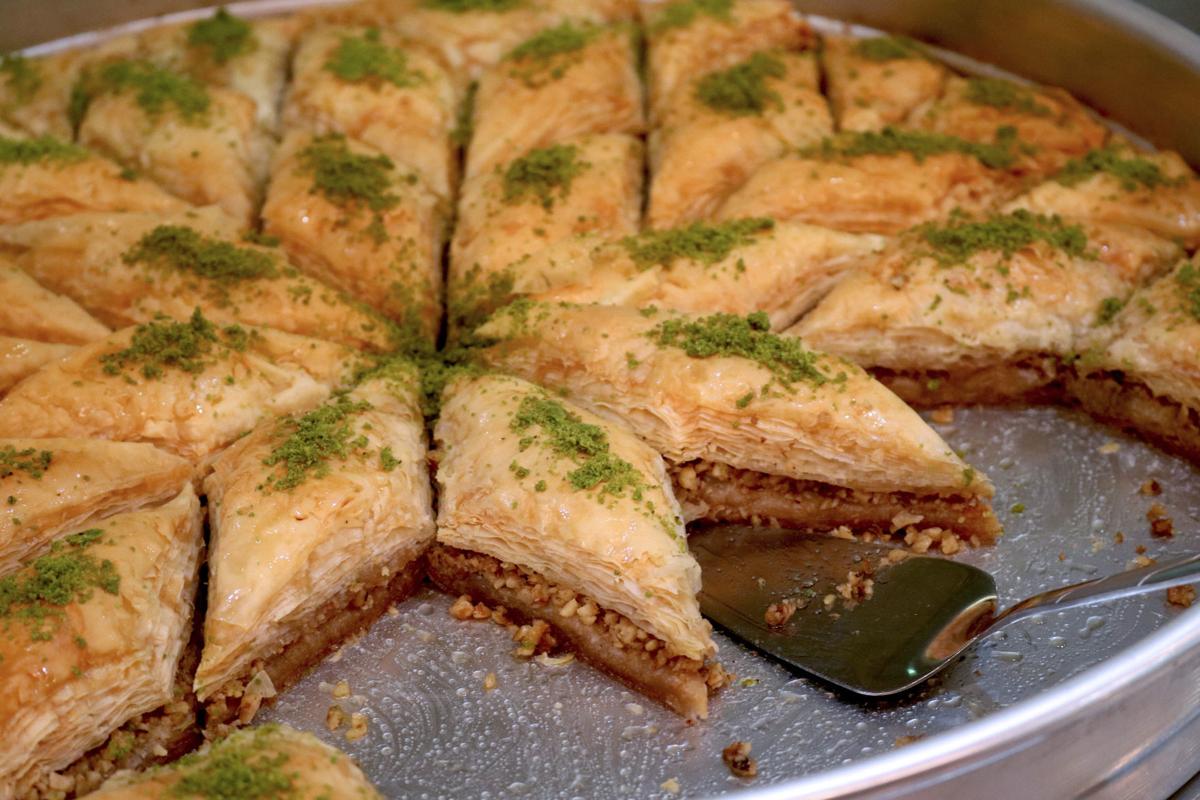 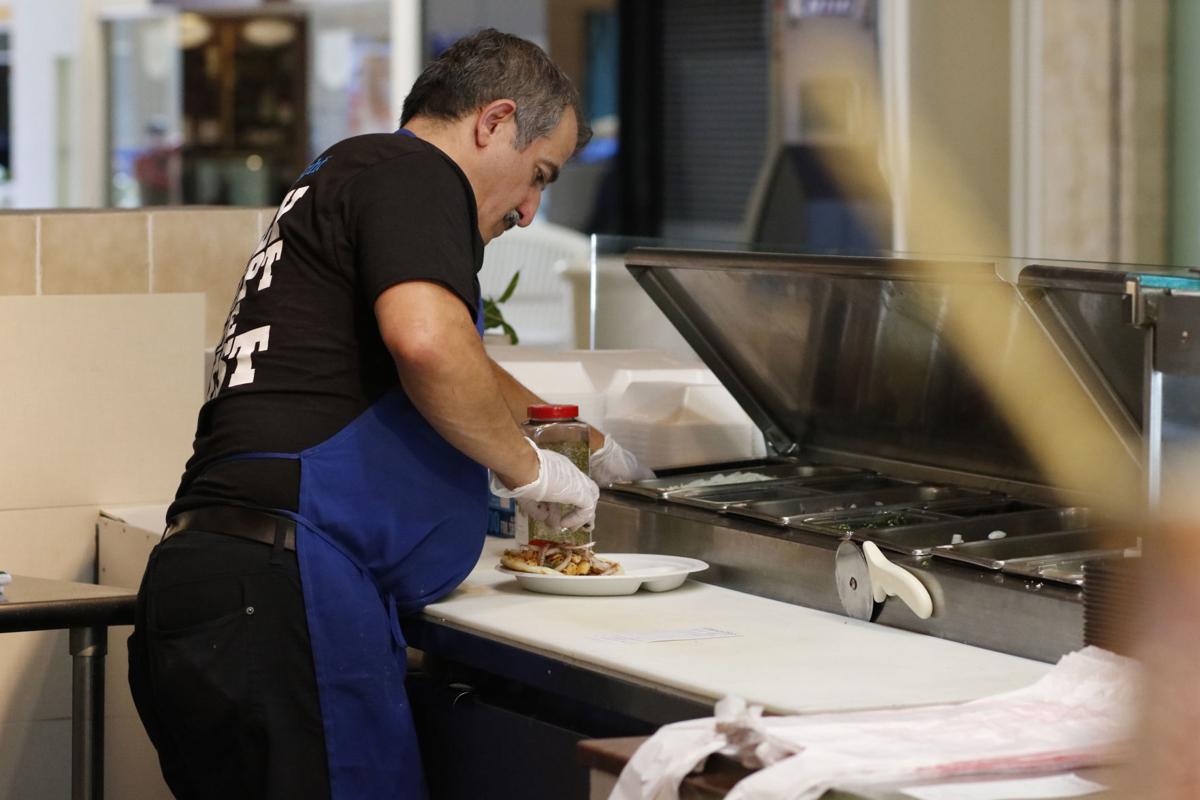 Cook Kursat Hamzaoglu adds the final spices to a meal he prepared for a guest. 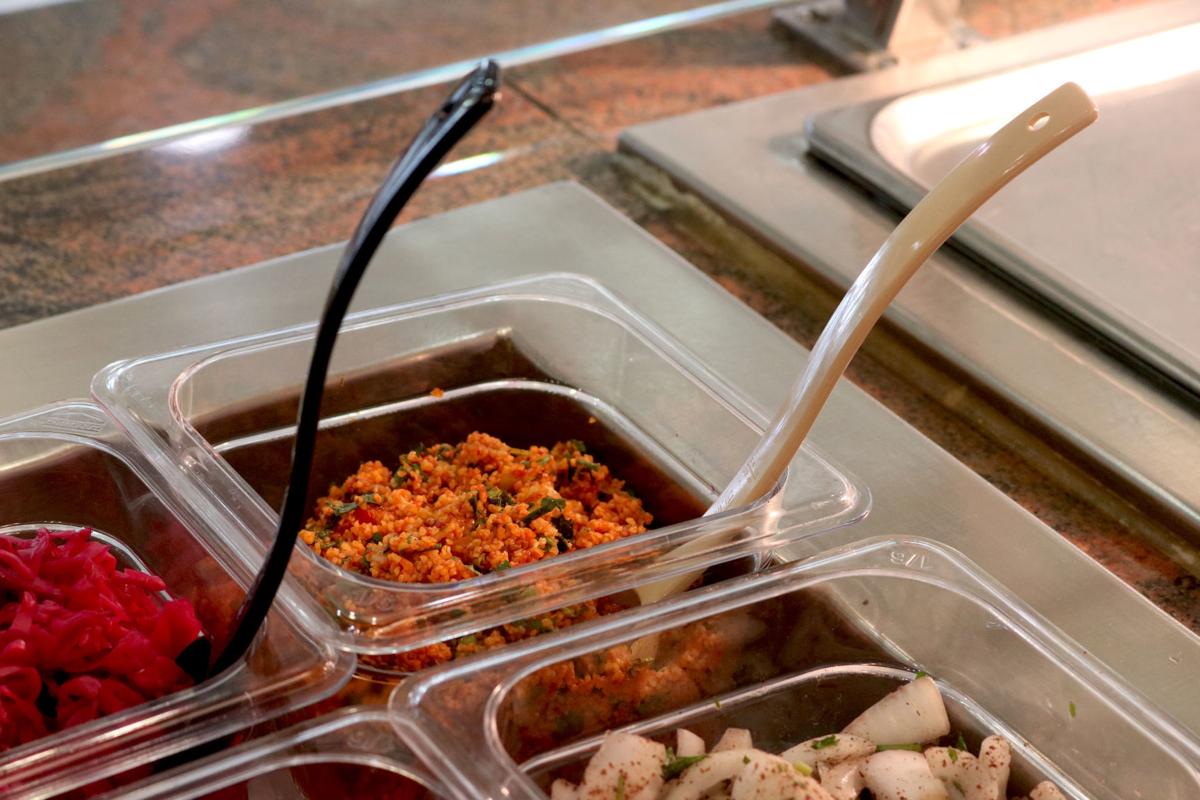 Istanbul Gyro Baklava made its debut in Council Bluffs as the only gyro-specific restaurant in the city last June. For its owners and the gyro-lovers on this side of the river, the limelight has come to an end.

Plans to move Istanbul Gyro Baklava to another location in the Bluffs have not come to fruition for co-owner Zafer Bulduk, but he said the food and baklava will be available at the Food Court Restaurant at 3428 S. 42 St., in Omaha, this week.

In weeks to come, Bulduk said signage outside of the Food Court will share the name Istanbul, but the baklava is already being served now.

“We appreciate the Council Bluffs people supporting us. Some customers were wondering if we’re coming back. We’re thinking about it, but not right now,” Bulduk said. “We couldn’t find any existing locations in Council Bluffs to move, so we decided for now, people can support us at the Food Court."

The Food Court (soon-to-be Istanbul Food Court) is located north of the 42nd Street exit on Interstate 80 in Omaha.

“Thank you for the opportunities,” Bulduk said.

Moving to the Council Bluffs wasn’t exactly the plan in Devina Griffith’s life.

Economic development in Council Bluffs is spearheaded by the Advance Southwest Iowa Corporation, and the woman behind that organization is Car…

WEST DES MOINES — Hy-Vee, Inc., based in West Des Moines is recalling an additional 12 salads across its eight-state region due to the potenti…

Your Stimulus Debit Card Is Making These 3 Companies Happy

This alternative to stimulus checks has some private-sector winners.

BRUSSELS (AP) — The European Union is edging toward finalizing a list of countries whose citizens will be allowed to enter Europe again in coming days, with Americans almost certain to be excluded in the short term due to the number of U.S. coronavirus cases.

If you're shopping for a car, you may already know that buying used is a smart move that greatly expands your choices. The key is knowing where to look for them.

Gen Xers Are Alarmingly Behind on Retirement Savings, Survey Shows

Though younger Gen Xers may have a couple of more decades left in the workforce, older Gen Xers could be a mere 10 years away from retirement. And that means they need to catch up -- quickly.

Cook Kursat Hamzaoglu adds the final spices to a meal he prepared for a guest.