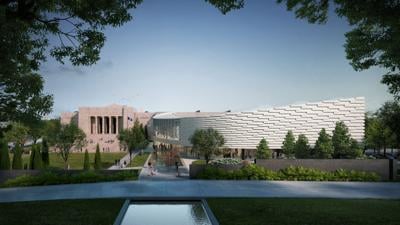 Construction will begin soon on a pavilion that will add 42,000 square feet to the Joslyn Art Museum, dramatically altering the museum’s profile and creating space for an important collection of modern art, museum officials and the pavilion’s designer said recently.

“It will be really great for the city for decades and decades to come,” said Jack Becker, Joslyn’s executive director and CEO.

The pavilion will be named for Omaha philanthropists Rhonda and Howard Hawks of the Hawks Foundation.

Becker declined to reveal the cost of the project, but a public application for a Nebraska COVID-19 relief grant listed it at $100 million. The project so far has been financed by specified private funds, he said.

The Rhonda and Howard Hawks Pavilion is scheduled to open in 2024, though Becker said no date has been set. The museum, at 22nd and Dodge streets, will close from spring 2022 until the pavilion is completed. Becker said that’s common for museum projects as a safety measure for staff, visitors and valuable art.

“We will take a temporary hiatus,” he said, “and apply the lessons we learned during the pandemic about how we can be relevant and connected to people online and in different ways.”

Howard Hawks is a founder of Tenaska, an Omaha-based energy company with offices in several U.S. and Canadian cities. In addition to being a longtime supporter of the museum and the University of Nebraska, he is a former member and chairman of the NU Board of Regents.

Design details for the Joslyn addition were revealed at a groundbreaking last week. Joslyn officials announced plans for the building in fall 2018 and have been discussing the project since then, though the COVID-19 pandemic slowed the process, Becker said.

Architect Craig Dykers, who founded the firm Snøhetta in New York City, is leading the project, Dykers is working on the design with Alley Poyner Macchietto, an Omaha architecture firm that’s listed as the architect of record for the project. Kiewit Building Group is the general contractor.

The design features access from the old structure into the pavilion building, which begins at the current glass atrium and extends in a curve. It’s built on the northeast side of the original structure.

New sculpture gardens wrap the site and weave the buildings and outdoor spaces together.

“It will be a better place for the sculptures and places to sit to enjoy the landscape,” Dykers said in an interview. “(And) it created a more useful garden for events and school groups.”

He said the facade of the pavilion will be made of light-colored precast panels that will contain specks of pink from granite, quartz and other stones.

Perhaps the most important feature, however, is the relocation of the entrance to the northern edge of the site, off Davenport Street. It makes the door more visible and provides a covered drop-off area for inclement weather.

And, Dykers said, designers lowered a big wall on the southeast side so that people can see more of the original building as they drive or walk past.

Dykers and the team talked to Omahans as part of their design process, and those interviewed frequently mentioned the entrance and the large wall as issues.

“They also wanted us to create something that worked well with the existing buildings,” Dykers said.

Dykers has been in Omaha a lot lately, but the first time he visited was as a student in the 1980s. That sparked his admiration for Nebraska architecture.

“I was really interested in the Joslyn because it’s a beautiful example of art deco and certainly one of the most magnificent buildings in the area, alongside the State Capitol (in Lincoln), which is also spectacular,” Dykers said.

The original Joslyn building, with its pillars and pink Georgia marble facade, opened in 1931. The first expansion, the Lord Norman Foster-designed Scott Pavilion, opened in 1994.

Because of his affinity for the original building — which is considered to be one of the finest historical examples of its genre — Dykers said he was excited when he learned Joslyn officials were seeking designers for the new project.

“Everyone in Omaha is really proud of the museum, and so am I,” he said. “To work on it is kind of a gift.”

For his part, Becker said the architects’ approach was impressive.

“Both Snøhetta and Alley Poyner demonstrated this great respect for the existing buildings and how important they are,” Becker said.

The Joslyn work also includes new community spaces and classrooms and renovations of office spaces in the original building.

The new gallery spaces will offer the public unprecedented access to the nationally renowned Phillip G. Schrager Collection of Contemporary Art. Schrager’s widow, Terri, donated more than 50 pieces from the collection to the museum in 2016, greatly expanding its range of 20th century artists. Schrager, an Omaha businessman who founded the Pacesetter Corp., died in 2010.

The collection, Becker said, “will bring some of the best modern art to the city.”

The Joslyn has been free to the public for a number of years, Becker said, and will remain so after the expansion.

“What this (project) will allow this institution to do is show more art, welcome more people, elevate the visitor experience and strengthen community connections in a space that will be celebrated and iconic and loved in this region and beyond,” he said.

From the Archives: Sarah Joslyn (copy)

From the Archives: Sarah Joslyn -1940

“A Christmas Carol” is a Omaha Community Playhouse tradition that has been loved by the metro area for many years, and for many years to come. 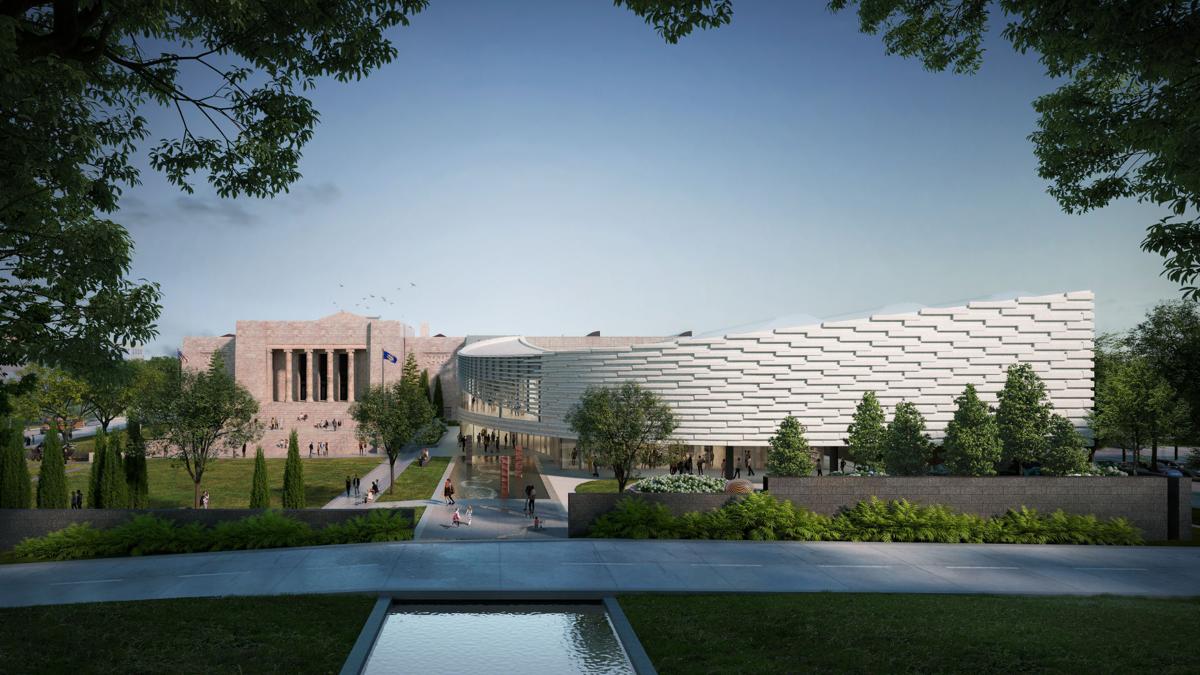 A new pavilion will add 42,000 square feet to the Joslyn Art Museum. This rendering shows the view of the addition from the east. 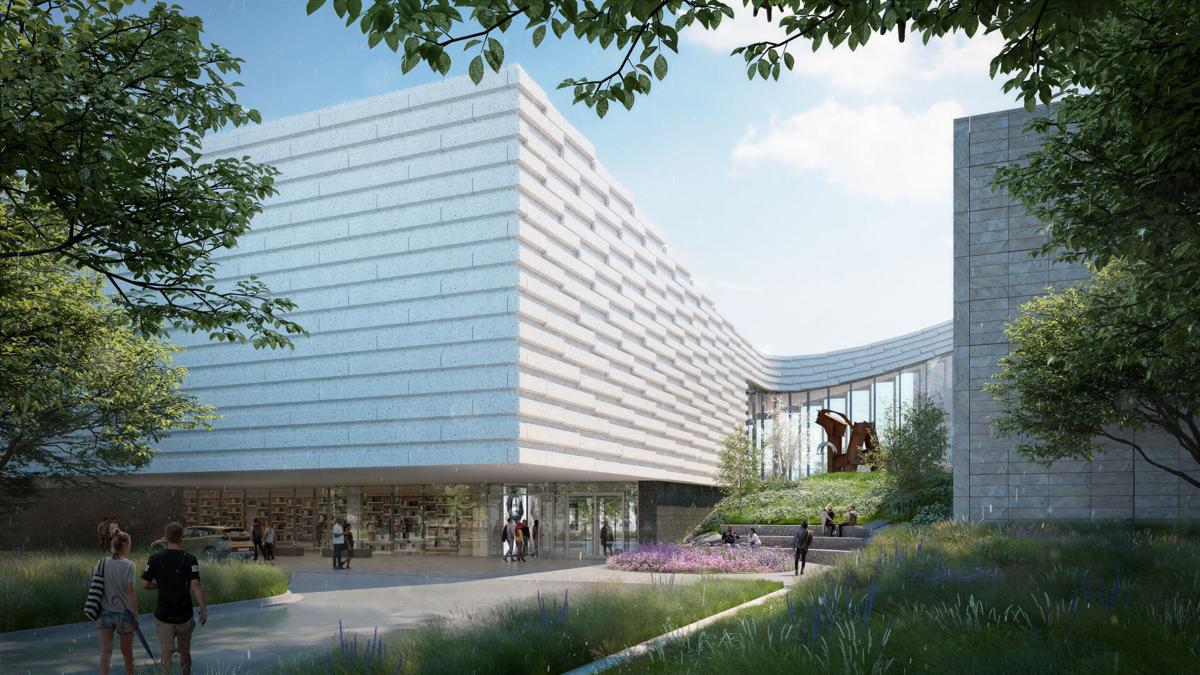 This rendering shows the entry drive for the new addition. 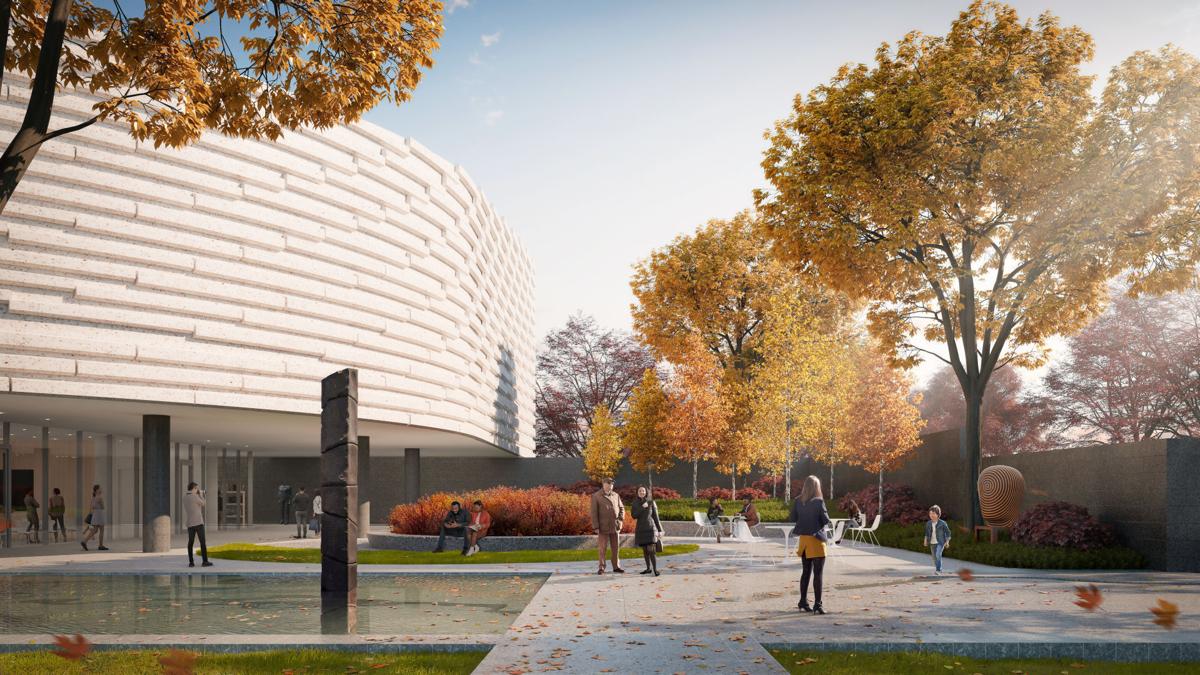 A courtyard garden will be part of the addition to the Joslyn Art Museum. 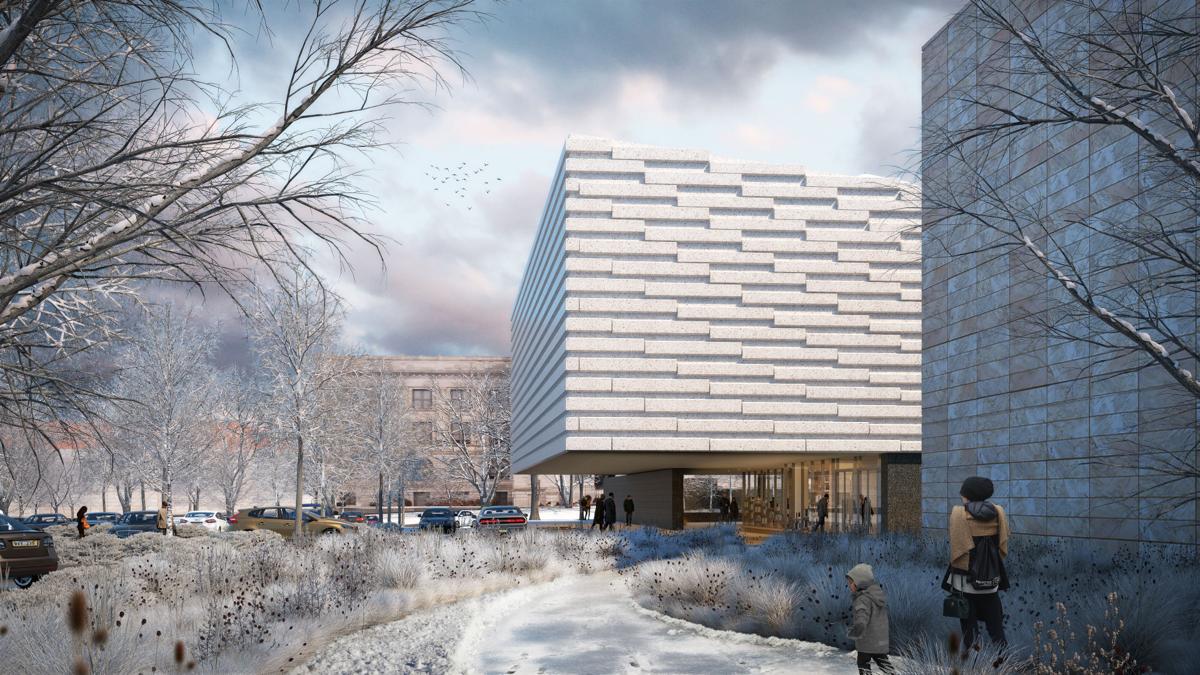 This rendering shows the connection between the addition and the Joslyn. 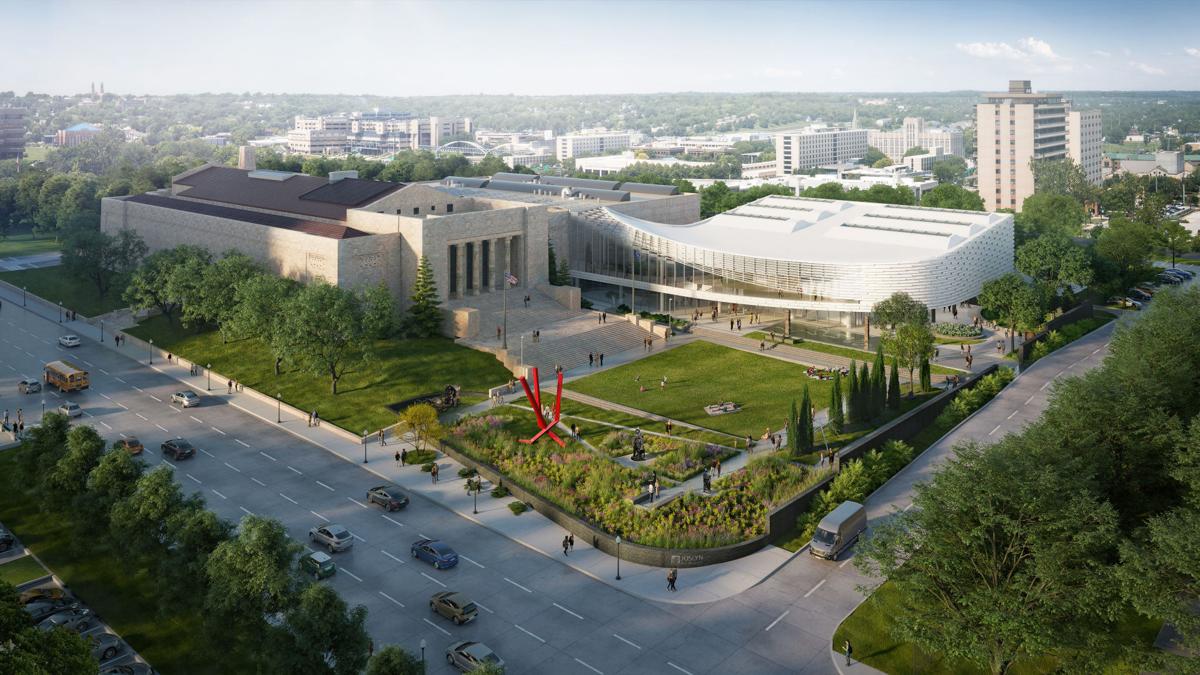 This is an aerial view of the new pavilion that will add 42,000 square feet to the Joslyn Art Museum. The pavilion will be named for Omaha philanthropists Rhonda and Howard Hawks. 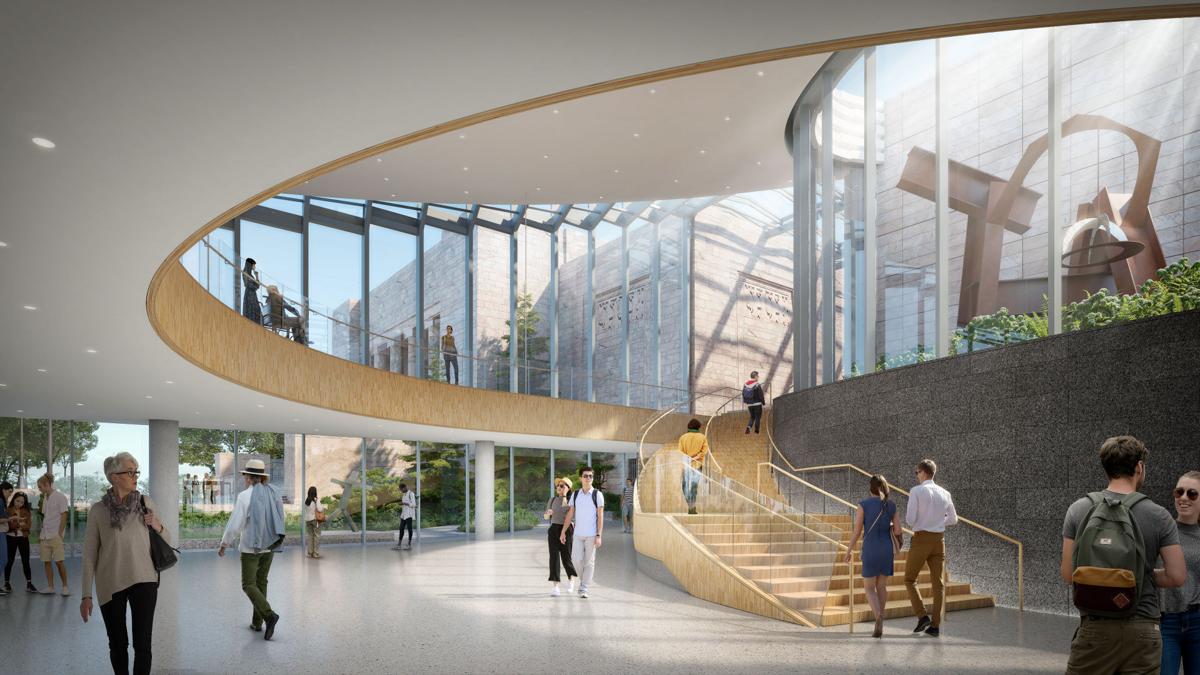 A new pavilion will add 42,000 square feet to the Joslyn Art Museum. This rendering shows the lobby for the new pavilion to be named for Omaha philanthropists Rhonda and Howard Hawks. 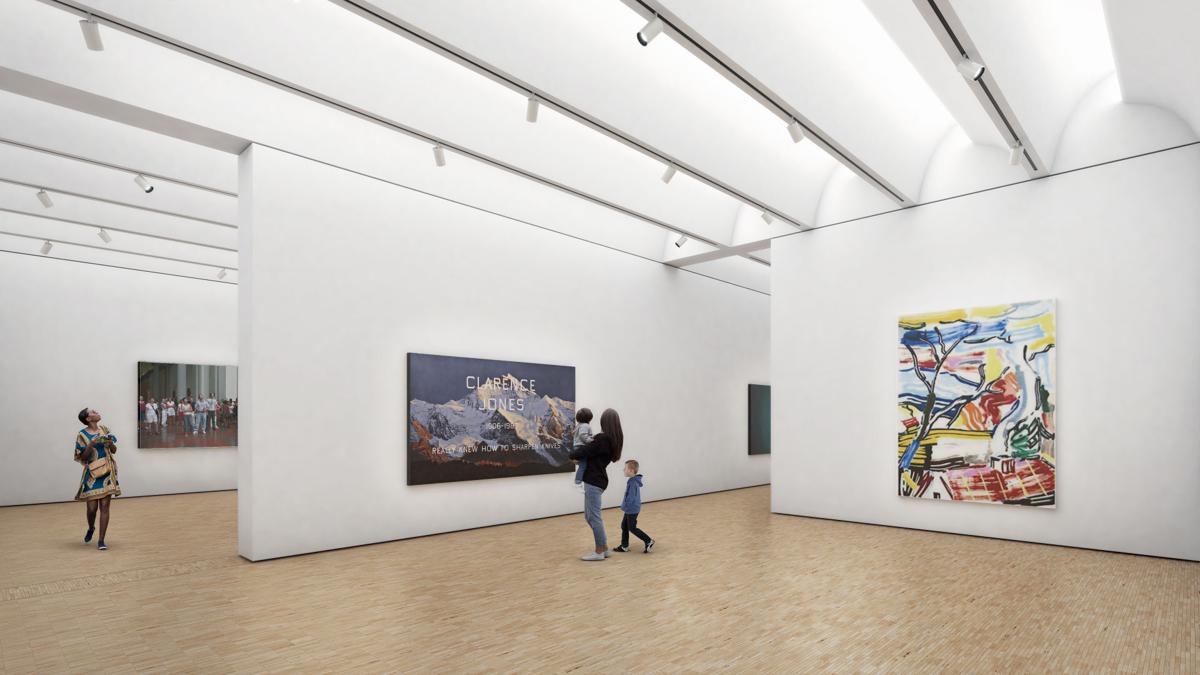 A new pavilion will add 42,000 square feet to the Joslyn Art Museum. This is a rendering of the interior gallery. 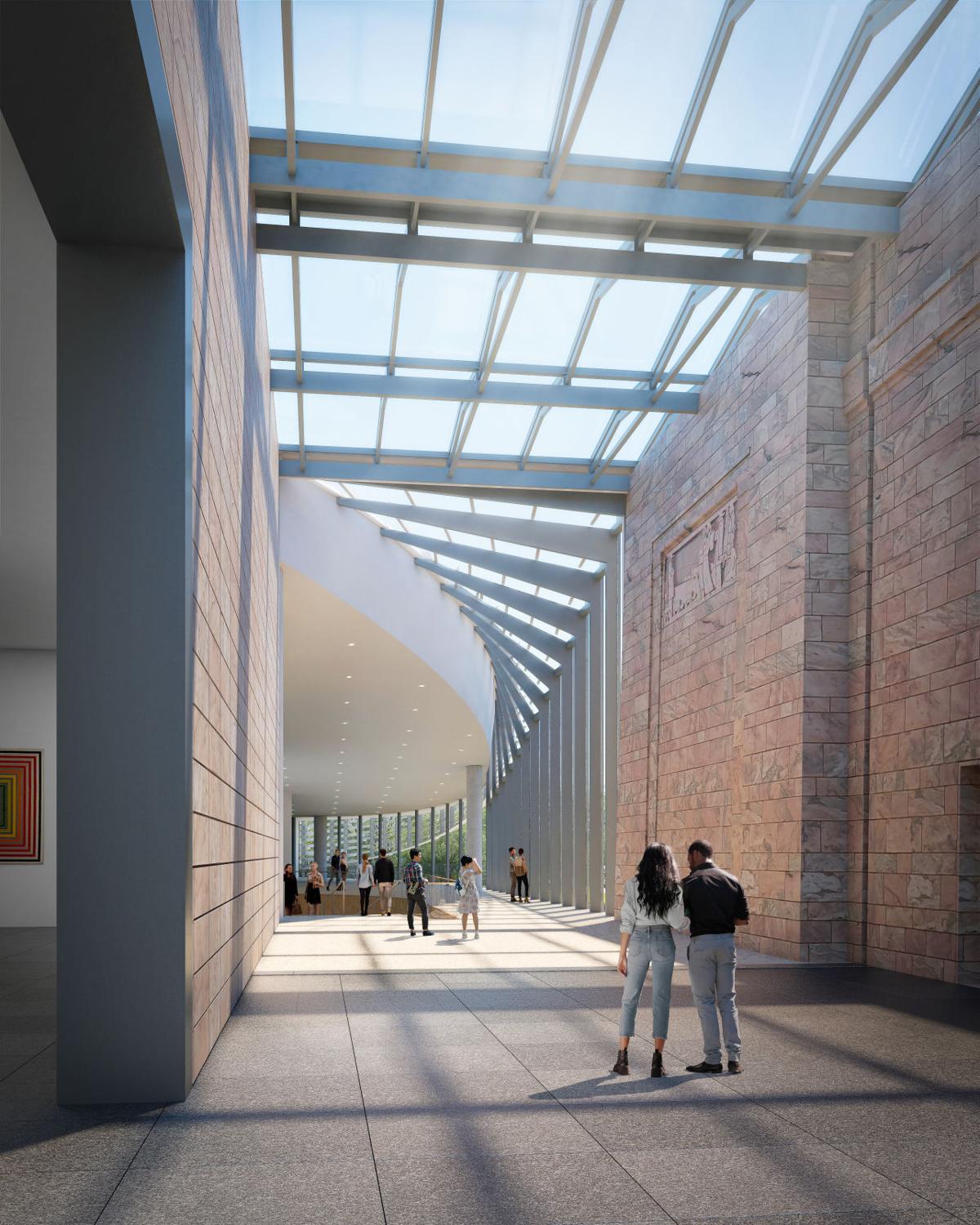 This rendering shows the interior of the new pavilion, which will be named for Omaha philanthropists Rhonda and Howard Hawks. 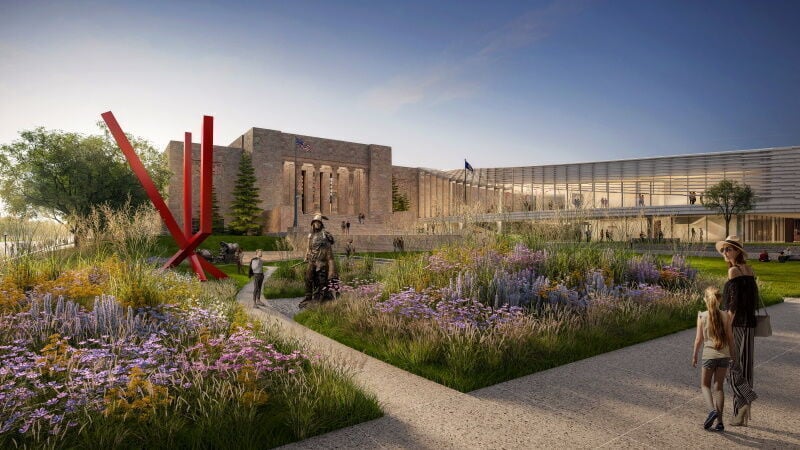 A new pavilion will add 42,000 square feet to the Joslyn Art Museum. This rendering shows the southeast garden at the Joslyn. 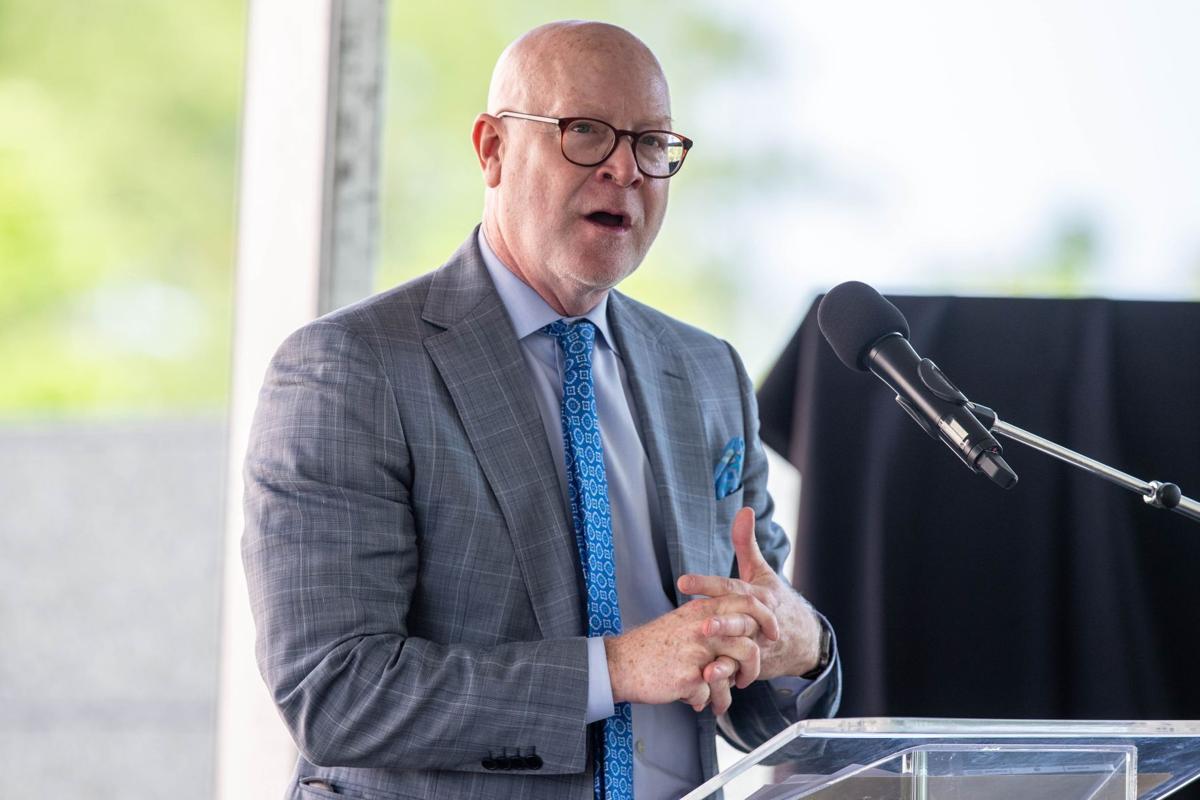 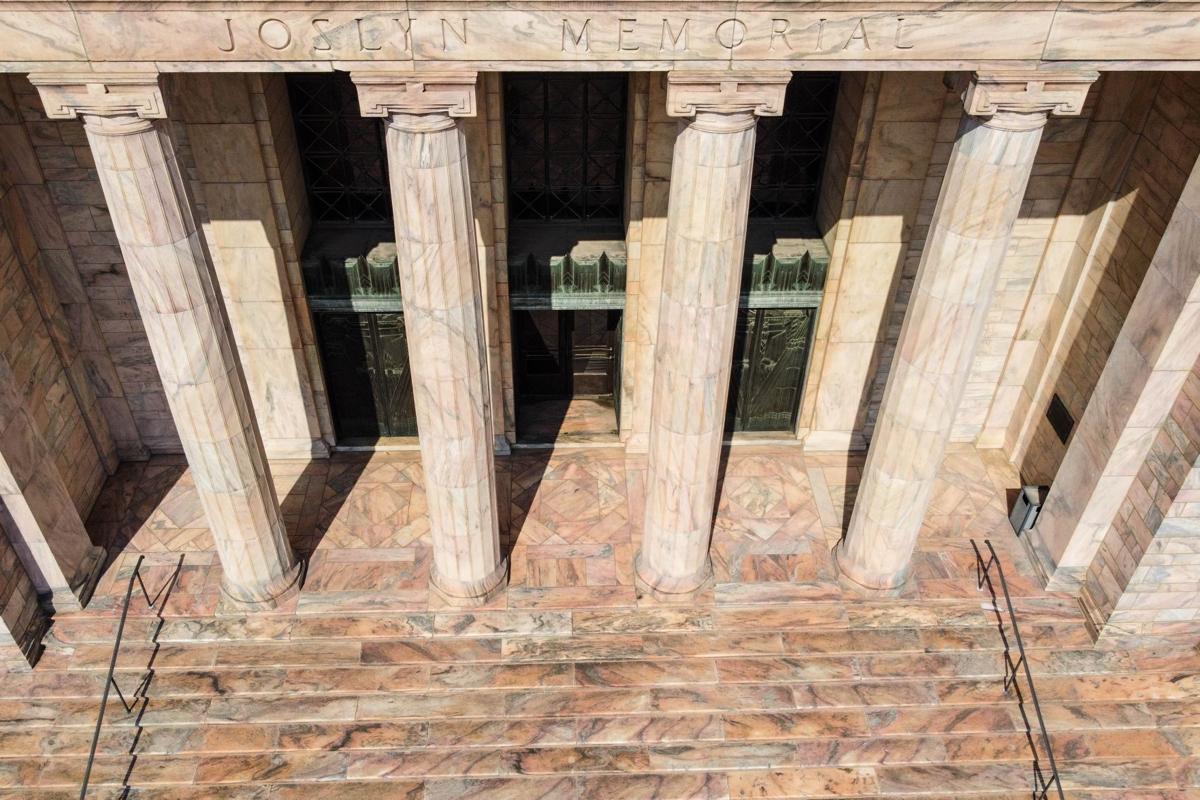 The Joslyn Art Museum, at 22nd and Dodge Streets, will close from spring 2022 until the pavilion is completed, as a safety measure for staff, visitors and valuable art. 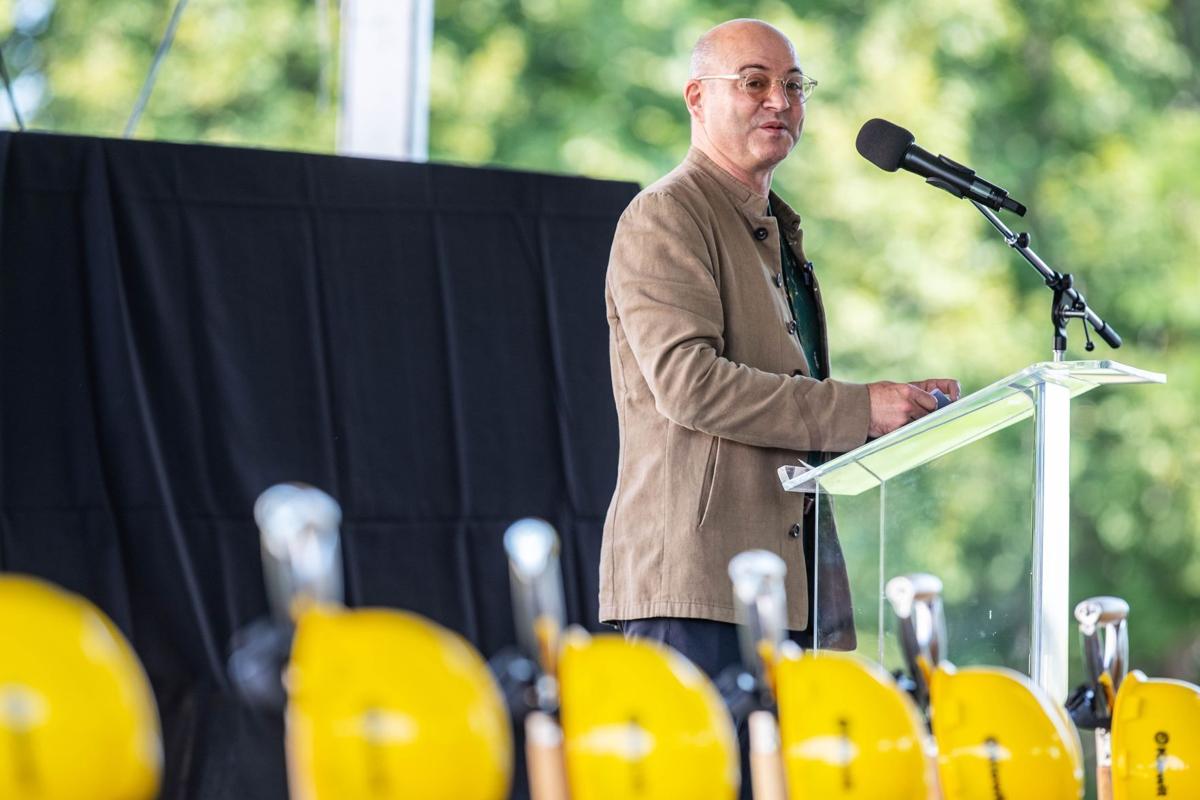 Craig Dykers, who founded the firm Sn¿hetta, speaks at the groundbreaking ceremony for the new wing of the Josyln Museum on Tuesday.