Face of Arts & Culture: For American Midwest Ballet's Matthew Lovegood, one jazz class turns into a lifetime of dance
0 comments
Share this
{{featured_button_text}}
1 of 2 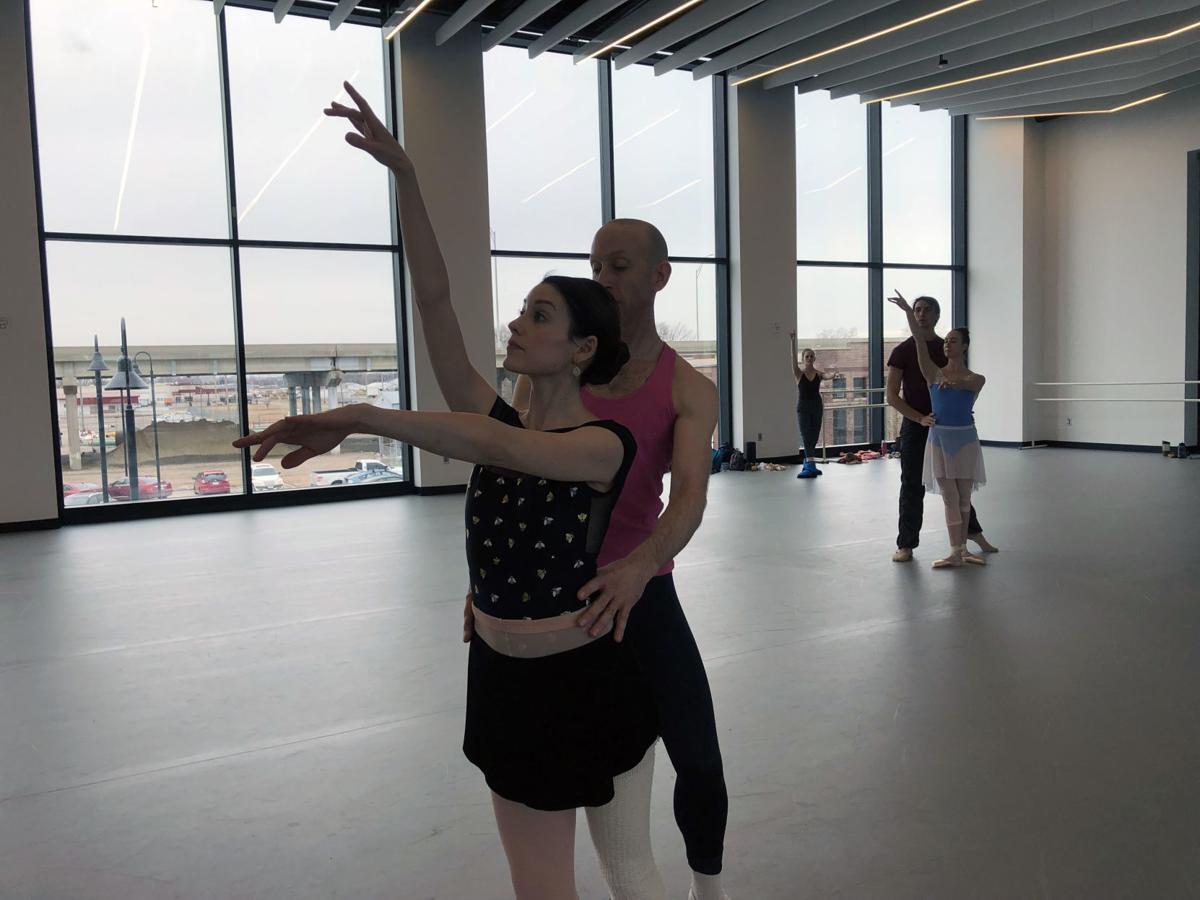 Dancers Erin Alarcón and Matthew Lovegood rehearse in new practice studio one at the Hoff Family Arts and Culture Center. 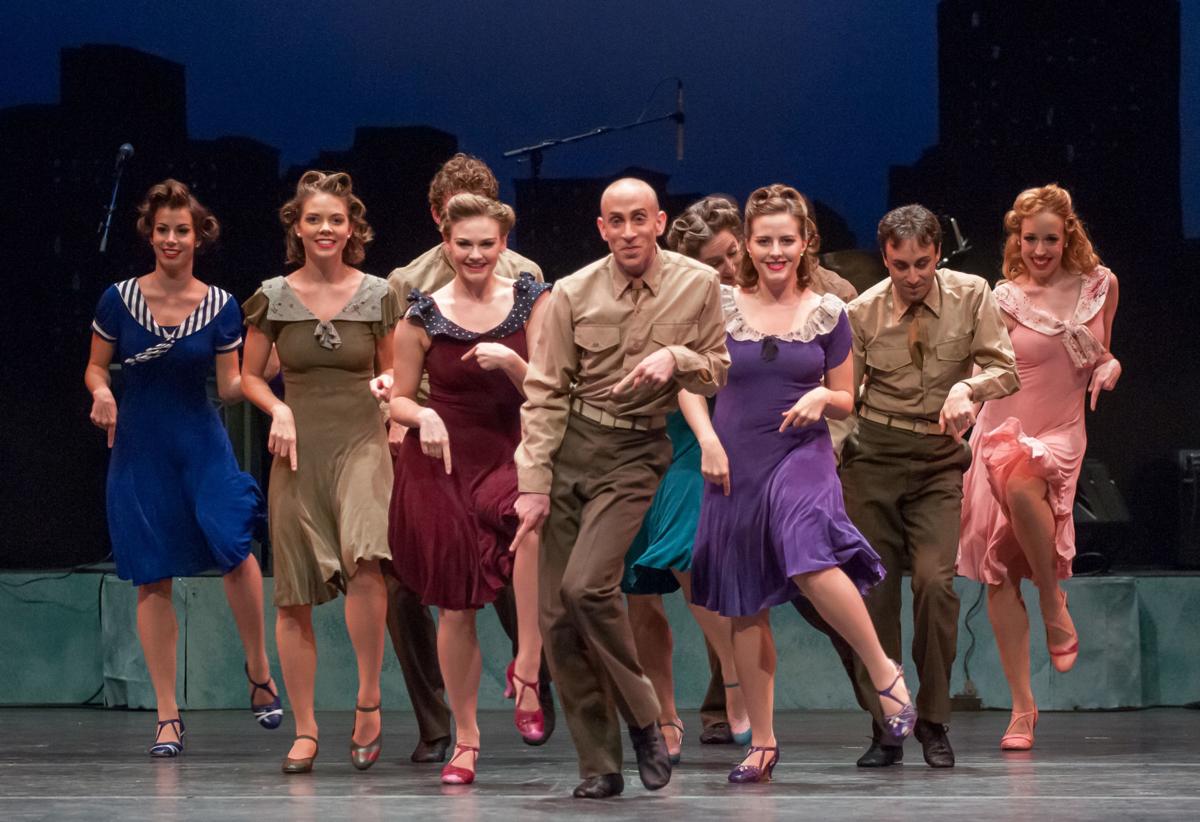 *Editor’s note: This article was originally published Thursday in the Nonpareil’s annual Faces section, a 6-day series that concludes Saturday. The section can be found in Thursday's e-edition.

Matthew Lovegood, ballet master for the American Midwest Ballet, has done it all from dancing to choreography to teaching for more than 30 years.

“The story is that when I was a youngster the neighbor who babysat us told our mother that I had a lot of energy and needed to be put in a dance class,” said Lovegood. “I was then enrolled in jazz classes for a couple of years. It turned my energy into a kind of art.”

When Lovegood was 7 years old, he attended a production of “The Nutcracker,” and became inspired to enroll in ballet training. Two years later, he had his own role in “The Nutcracker.”

“My first role in ‘The Nutcracker’ was Clara’s brother, Fritz,” said Lovegood. “I was able to dance with my teacher, who danced the role of my mother. My favorite role is the Snow King.”

Lovegood’s choreography journey started when he was 13-years-old, when his ballet teacher let him create something he could perform with music that inspired him.

“At the time our ballet teacher arranged community performances for myself and my classmates that we would perform at senior centers and bookstores,” said Lovegood. “I was around 16-years-old when I did my first real ballet.”

He began his training in Pennsylvania with Sharon Filone at the Lake Erie Ballet School and Sandra Barnett at Little’s Dance Studio, according to his biography on the American Midwest Ballet’s website. He went on to study on full scholarship at North Carolina School of the Arts, Miami City Ballet School, and the Chautauqua Festival Dancers. Lovegood has danced professionally with Ohio Ballet, Les Ballets Trockadero de Monte Carlo, Lake Erie Ballet, and Omaha Theater Ballet.

“I started professional dancing right out of high school at 18-years-old,” said Lovegood. “What brought me to this area is a job opportunity dancing ballet in Omaha, Nebraska.”

Throughout his career he has had leading roles in many productions including “Sleeping Beauty,” “Lion King” and his favorite ballet, “The Nutcracker.”

“One of my favorite roles was the role of Carabosse, which is the evil fairy in ‘Sleeping Beauty,’” said Lovegood. “Some of the choreography was created just for my role in the production.”

Lovegood said he has had roles in productions all over from New York, Hawaii and Arizona to name a few.

“I started professional dancing right out of high school at 18 years old,” said Lovegood. “What brought me to this area is a job opportunity dancing ballet in Omaha, Nebraska.”

A piece that Lovegood choreographed was based on a short story ballet called “Sudako,” based off of the book Asian Themes.

Area audiences have watched Lovegood dance in roles such as Prince Siegfried in “Swan Lake,” Albrecht in “Giselle,” the Scarecrow in “The Wizard of Oz,” Cavalier in “The Nutcracker,” the Asp in “Erika Overturff’s: Cleopatra,” Puck in “Oscar Antunez’s: A Midsummer Night’s Dream,” and the leading role in Ann Reinking’s staging of “In the Style of Bob Fosse.” Also a choreographer, he has premiered works with numerous schools and professional companies, including “Bacchanale Variations”, “Signs of Life”, “Sadako”, “Poseidon”, “Transcription”, “Caprice”, and “Swan Lake” for American Midwest Ballet.

As a ballet master, Lovegood wears many hats. He is in charge of creating the daily schedule, which can sometimes be a puzzle of what dancers can do at one time and where, Lovegood said.

“I have to figure out who can do choreography and when, what time classes can be so they don’t overlap and when instructors are available,” he said. “It can get tricky when you have instructors who are also in productions.”

Lovegood continues to work on his technique through classes and training. When guest choreographers come in he is often will be in the study to continue learning. He also does a lot with the outreach program.

“We do school matinees for students and I will often be the one to talk to kids during the performance,” he said. “Working with the students means a lot to me. I hope the students who find passion within dance keep working for it.”

Due to COVID-19, AMB rehearsals and classes are suspended and performance’s have been rescheduled. They are offering online dance classes that can be found at https://bit.ly/2ALdITJ.

These videos are free for the community and cover all levels of dance from beginner to advanced. For more information on performances and classes visit https://bit.ly/2YHfQ6V.

Video and Photos: 'Looking Up' home to stay

The sold out, socially-distant concert was Kanesville’s inaugural performance at the Hoff Center.

TV Review: Season three of 'The Sinner' shows how good this show really is

It’s probably cliché to say this, but I could never keep Bill Paxton or Bill Pullman straight, name-wise. As far as their acting went, both we…

'The Bachelor' star Colton Underwood comes out as gay

British actor Helen McCrory, who starred in the television show "Peaky Blinders" and the "Harry Potter" movies, has died.

Bluebarn Theatre continues its Bonfire Series performances with “Before After, a Musical Love Story,” — the fourth show in the series.

Hank Azaria, who voiced Apu on 'The Simpsons', apologizes for playing character

"I apologize for my part in creating that and participating in that," Azaria said. "Part of me feels like I need to go to every single Indian person in this country and personally apologize."

Jennifer Lopez and Alex Rodriguez told the "Today" show Thursday in a joint statement that they are calling off their two-year engagement.

Britney Spears is 'flattered' people care so much, shares video with fans

The singer posted a video on her verified Instagram account she said was shot last year for the "Just a Touch of Rose" project.

Chances are high that at some point in your life you have taken a personality test. Chances are even higher that it was the Myers-Briggs Type …

Dancers Erin Alarcón and Matthew Lovegood rehearse in new practice studio one at the Hoff Family Arts and Culture Center.