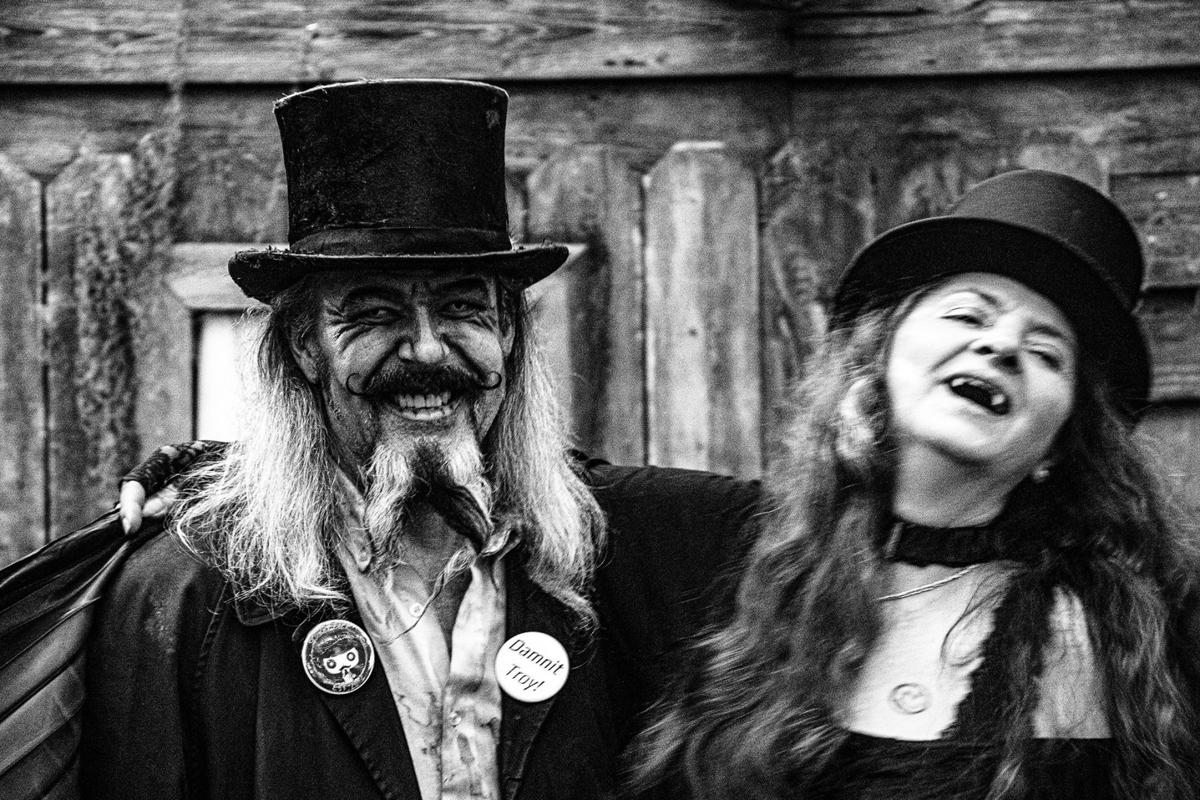 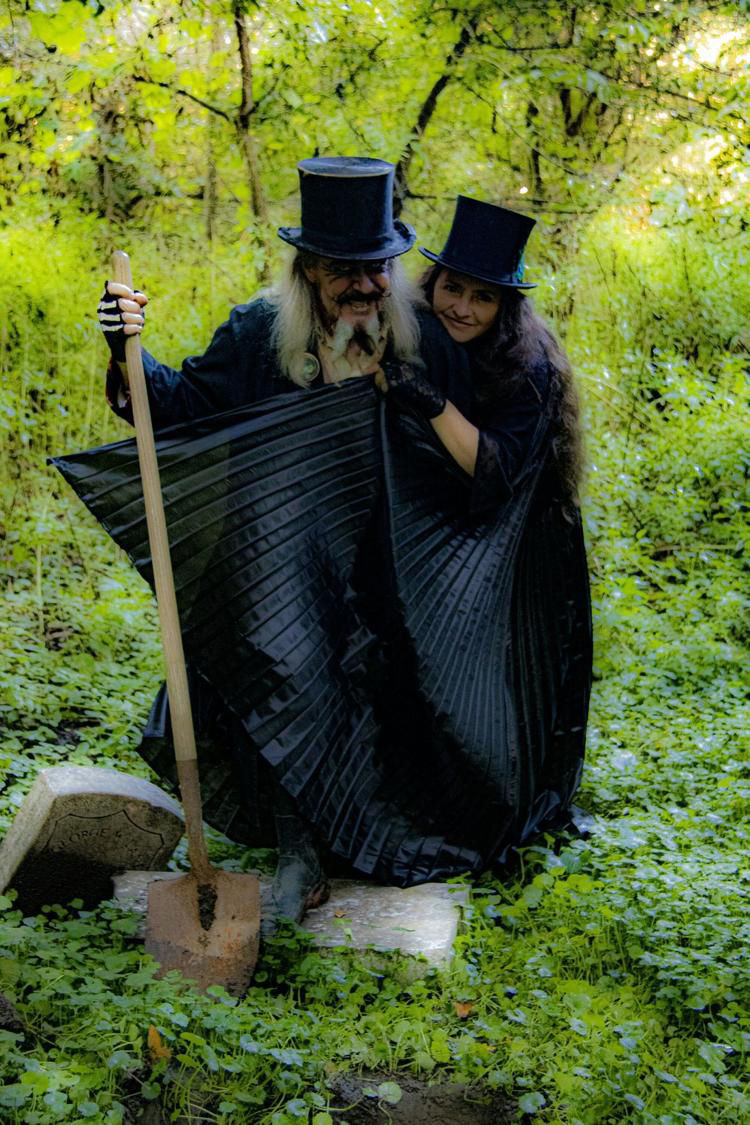 SIDNEY — Sinister Sidney — Frights on Filmore has become more than just a home haunt. In their fifth year, is it considered scary on a professional level.

The half-mile natural outdoor haunted trail, owned and run by the Rev. Michael and Laurie Ross, is located at 1308 Filmore St. in Sidney and will be open at dusk until 11 p.m. on Fridays and Saturdays through the last weekend in October, weather permitting.

Sinister Sidney has a creepy backstory about a lady taking in misfits, strays, people who didn’t fit anywhere else, and giving them a home. The misfits help her with a little dark secret. Then, The Grave Digger came along and fell in love with that lady. He is the host of the trail and leads guests through cleans up after them and buries the bodies.

Laurie said every character has a backstory of why they needed refuge at Sinister Sidney — Frights on Filmore, but most people will never know those backstories. The stories were formed to help the cast and crew build the characters.

“It is the land of the misfits,” said Michael. “Yes we have clowns, yes we have chainsaws, we have all the basic stuff that people look for. We have spiders, and we have snakes. we have dragons.”

“It’s our passion,” said Laurie. “We have both worked haunts off and on most of our lives.”

Michael and Laurie said the trail is dark, creepy, and dimly lit, but you won’t find a lot of characters jumping out screaming in your face. They prefer it to be more of the creepy factor.

“Which seems to work,” said Michael. “I am the host, The Grave Digger, and we get a lot of people that come from Omaha or much further away. They’re like we’ve never seen anything like this before. This is just so awesome.”

There are more than 40 scenes throughout the trail, each with different sound effects.

There is a stopping point on the trail for an opportunity to catch your breath, purchase hot chocolate and warm up by the fire pit. Then the attraction really gets scary.

Michael said the scares start before you ever get to the entrance so be prepared as soon as you get out of the car, there could be anything around the corner.

Sinister Sidney draws about 1,000 people from all over the U.S., and Michael and Laurie have long-term plans for expansion.

Michael is an ordained minister and has performed two weddings out on the trail with a third wedding planned for Nov. 1.

Sinister Sidney donates to the West Central Food Pantry of Sidney. Each night they are open, they allow up to $3 off any $13 admission with a donation of at least three non-perishable items for the food bank. They are also affiliated with the “Don’t Be A Monster” anti-bullying campaign, and they adopted the Sidney by-pass through the Iowa Department of Transportation’s Adopt-A-Highway program.

Students that are seniors in high school that volunteer at the haunt can count it towards the community service hours they need to graduate. Michael and Laurie consider themselves grandparents to the kids that help with the haunt and have rules about keeping their grades up and homework done to be able to help. They said the haunt serves as a type of therapy to the kids that get bullied in school as it builds confidence, and they form bonds with the other volunteers and stand up for each other.

“We try to give back to the community,” said Michael. “Sidney has backed us really well.”

No drugs, alcohol, or weapons are allowed on the premises, and no one younger than 12 is admitted. Attendees are encouraged to dress warm and wear comfortable shoes.

For more information about Sinister Sidney, visit sinistersidney.com, where a link to the haunt’s Facebook page can be found, as well as links to Sinister Sidney’s YouTube clips and the Grave Digger’s Haunt Chat Live videos.

Film Review: 'Eurovision Song Contest: The Story of Fire Saga' good for a distraction from pandemic

In a time where the movie industry is at a standstill when it comes to original content, streaming services like Netflix are coming to the rescue.

LOS ANGELES (AP) — Authorities said Thursday that they believe “Glee” star Naya Rivera drowned in a Southern California lake but they are continuing the search for her a day after her 4-year-old son was found alone in a rented boat.

LONDON (AP) — Johnny Depp said in a London court on Friday that he was left embittered by ex-wife Amber Heard's claims he abused her, which turned him from “Cinderella to Quasimodo” in the public eye.

Where nostalgic games like Neopets and MapleStory are now

Here's a look at where several well-known video game brands and franchises have landed decades after they first captured fans' hearts.

Movies in a Minute: 'Greyhound'