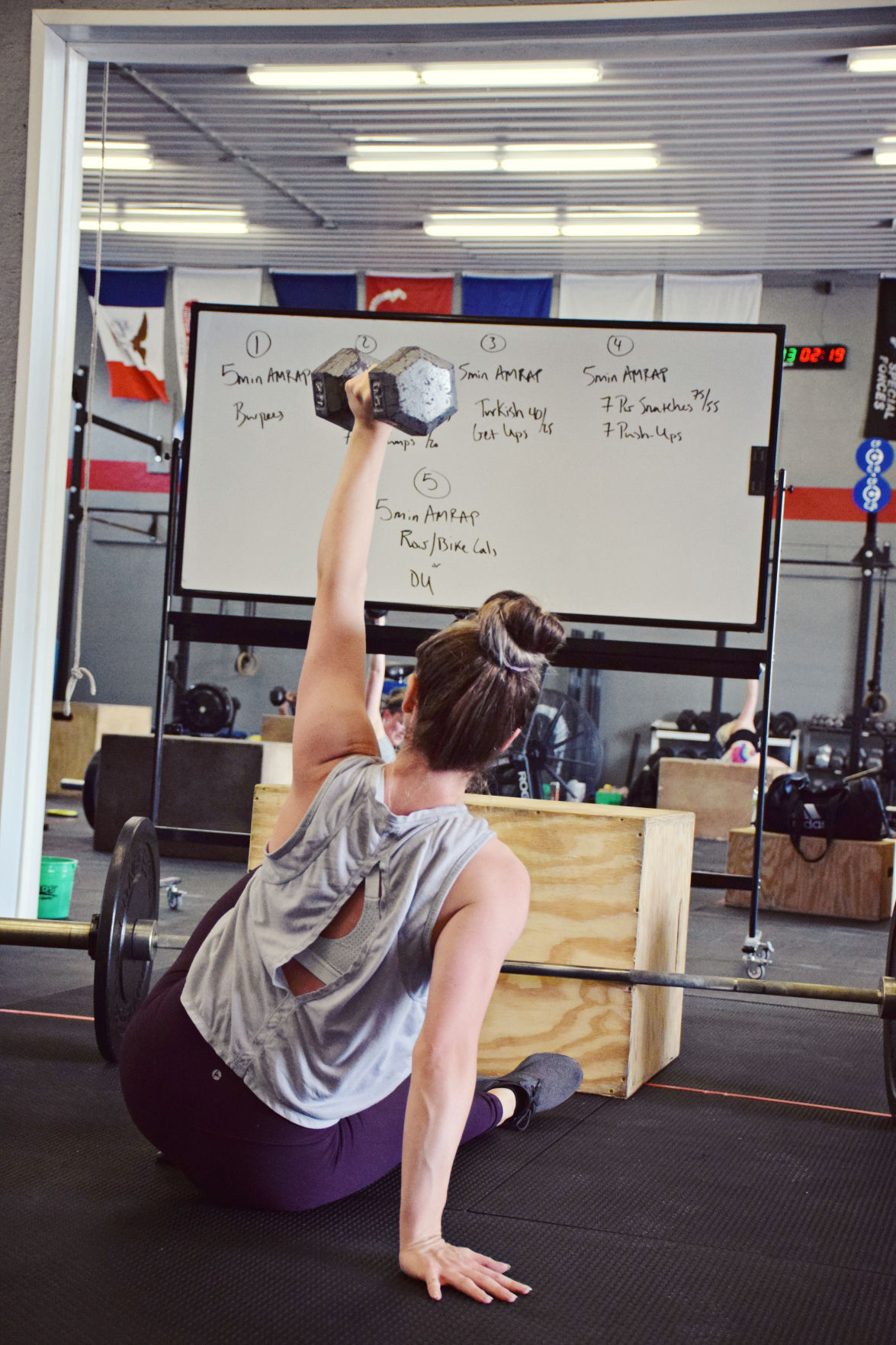 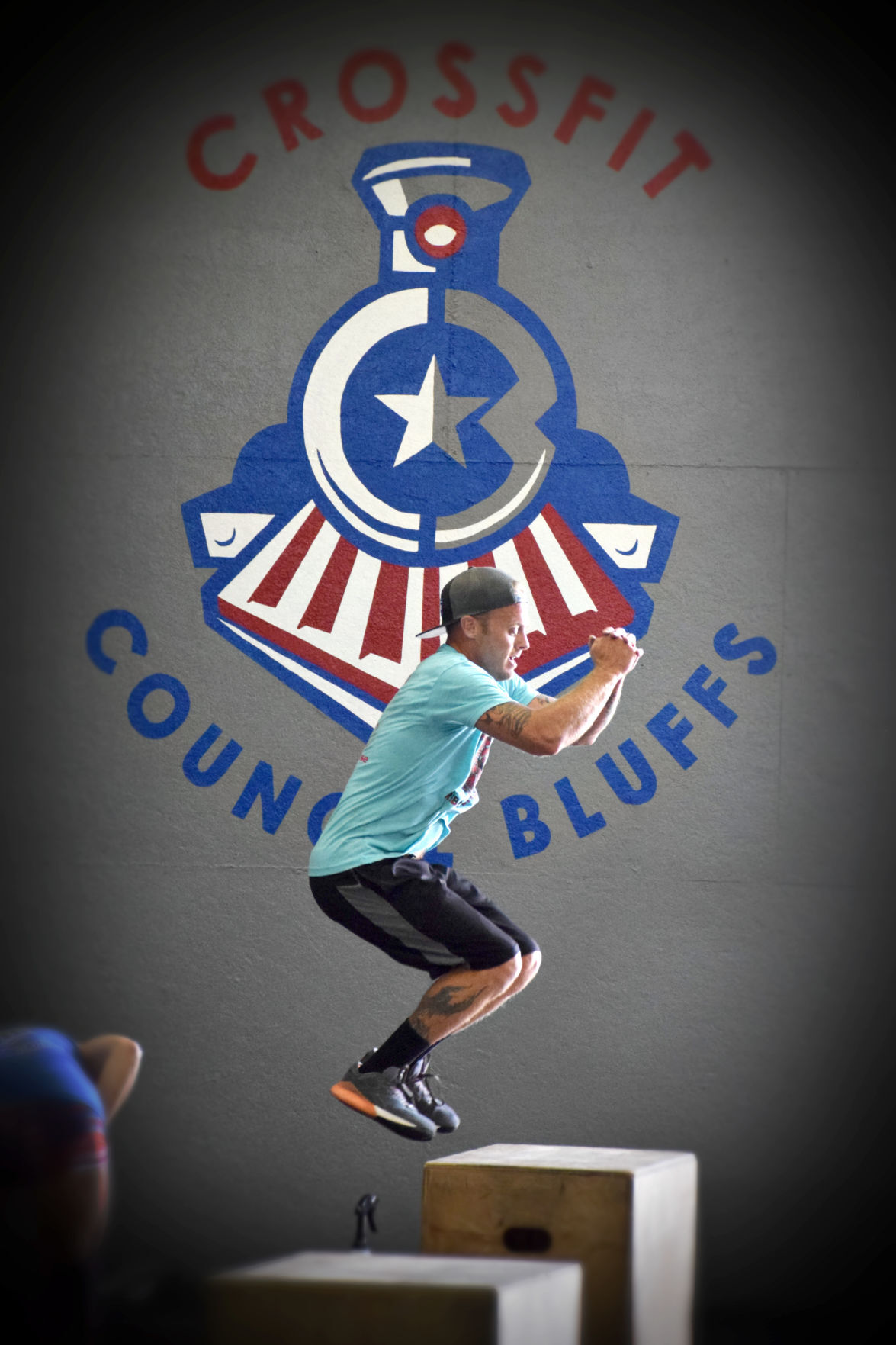 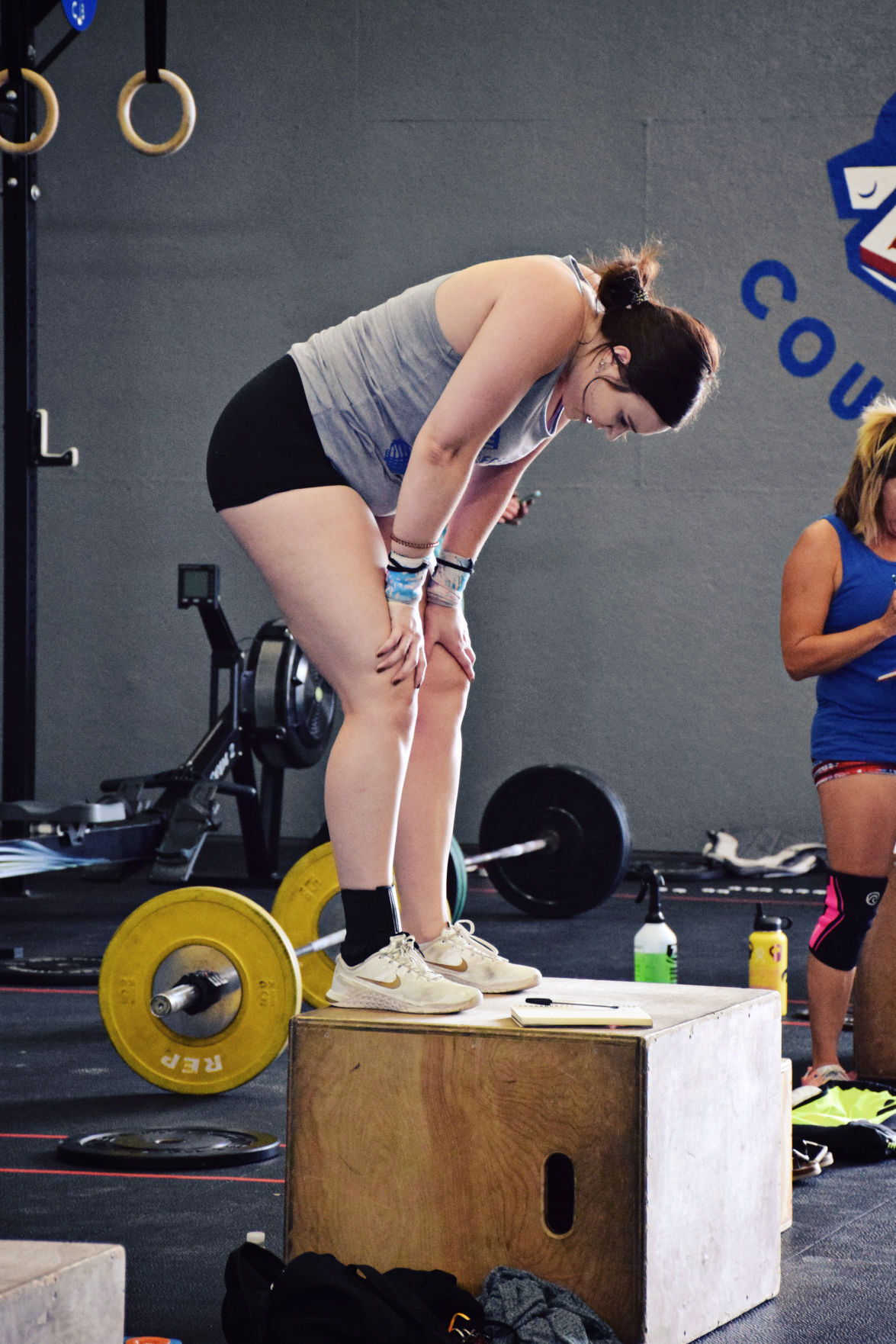 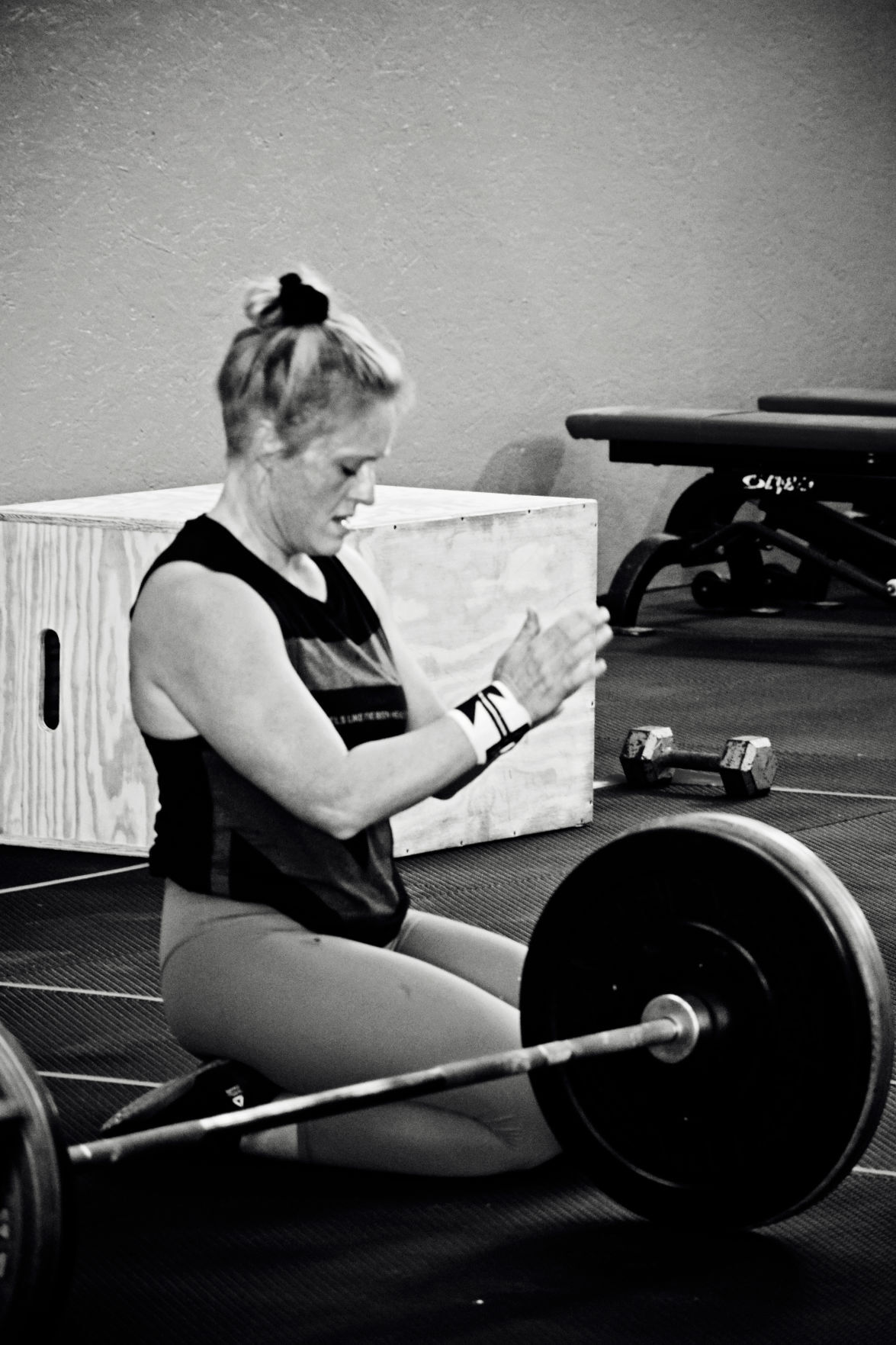 Drew Goodin
For the Nonpareil

As you have read under my name, I own CrossFit Council Bluffs. What does that actually mean? How does CrossFit differ from all the other fitness programs? Is CrossFit a fad? Does CrossFit make me bulky? I want to learn how to lift weights, but I don’t want to look like a man. I have a ton of injuries … is CrossFit good for me?

I get bombarded with these types of questions every time a curious new person walks through our door. They have usually been introduced to CrossFit by something they have seen on the internet or on ESPN. That first introduction is usually with professional athletes who compete in the sport of CrossFit. Similar to if you were to Google “basketball” or “football,” and he professionals of that sport are at the top of the search list.

So now you may be wondering, “CrossFit is a sport?” Yes it is and has been around since 2008. This is just one piece that makes CrossFit such a unique fitness program, but the sport doesn’t define what CrossFit is, it only is the expression of what CrossFit can do at the most extreme level. The sport inspires the fitness community to become something greater than what they originally thought possible. Much like the NBA is an expression of basketball at the highest level.

What Does CrossFit Actually Mean?

Crossfit is, “constantly varied, high-intensity functional movement.” These are compound movements which involve universal motor recruitment patterns performed in a wave of contractions from core to extremity. CrossFit aims to forge broad, general and inclusive fitness. Movements for the grandmother and the Olympic athlete do not differ by the kind of movement, but the degree to which it needs to be performed to move the needle from sickness to wellness and ultimately to fitness. CrossFit believes in safety, efficacy and efficiency and uses an evidenced-based approach to fitness programming. CrossFit also recognizes that the breadth and depth of the program’s stimulus will determine the breadth and depth of the adaptation it elicits. The prescription of functionality and intensity is constantly varied. CrossFit believes in preparation for random physical challenges — the unknown and the unknowable.

That entire paragraph is a paraphrase version, taken right out of the CrossFit Level 1 Training Guide, which is studied by all CrossFit coaches in order to pass an exam to teach CrossFit in local CrossFit Affiliates. CrossFit is not a franchise. It is an international corporation that provides guidance on how to live a happy and healthier life. Affiliates are small businesses that are usually started by someone in your community looking to improve the lives of those they come in contact with every day through fitness, wellness and nutrition.

What Makes CrossFit Different From Other Fitness Programs?

From my personal experience, my first perception of this was the attention to detail on movement instruction and the versatility of the programming itself. There is no other fitness program that is going to teach you the basics of Olympic Style weightlifting, fundamental gymnastics, powerlifting, rowing, running, jumping and climbing all in one fitness program. When I first started coaching CrossFit, I noticed that we were training the personal trainers. We were the source for how to train in a way that progresses people toward fitness as long as the members consistently show up, receive information given and put forth their best effort.

The community that is established within a CrossFit gym becomes a support web that ties you into the fitness journey by keeping you accountable and by surrounding you with like-minded individuals who become a positive force in your life.

CrossFit’s general programming is meant to make you a fit person by taking a primal approach to fitness. With that you are going to build muscle mass and lose fat mass. You will become more toned which will give off the perception of strength. How far you want to take that fitness is up to you and the amount of time that you would like to invest in the programming. For most, becoming “bulky” isn’t in the cards because of time. We have jobs, kids, social events, and other miscellaneous things that will get in the way of spending more time on your fitness.

Another big misconception is that CrossFit is bad for the joints of the body due to the nature of the movements. This could not be further from the truth. As mentioned above, CrossFit contains some of the most aware fitness trainers on the planet. The knowledge needed to teach CrossFit is broad and vast.

We are not experts in one area. We have broad knowledge of fitness that was taught to us by the experts, not just online by looking up YouTube videos, although those can be valid sources at times. CrossFit takes the time to teach you how to do the movements necessary to keep you safe.

Not all CrossFit gyms are created equally, however. We all have our unique backgrounds and expertise. Do your homework on the gym owner and their coaches to make sure you are getting the adequate instruction you need to be safe.

Go into the gym and ask questions. Do a free session with a coach to feel out the personality of the instructor and find out which one is the best for you.

CrossFit is truly for everyone but not every CrossFitter is created equally, either. The ability of one is different from another by virtue of experience. We are the sum of our experiences and there is a CrossFit coach out there for you who can fit your needs, but it may take a couple of tries to find the right one for you and your goals.

CrossFit means something unique to each and every one who chooses it as their fitness program. To me it’s the most holistic approach, in current times, to helping people live happier and healthier lives. It does this by supporting our social, physical, intellectual, spiritual and emotional health.

CrossFit has brought people to physical accomplishments for just as many 60+ year olds as it has for those in their 20s. It challenges people to continue the pursuit of mastery on not only physical bouts but also one’s self. It’s brought people together and broken down barriers across the entire world. It’s given the stay-at-home mom a newfound confidence. It’s brought strength to a grandmother to continue to play with her grandchildren. It’s built up a double open heart surgery survivor. It’s created foundations to support a population in need. It’s steered people away from the addiction of drugs to the addiction of fitness.

CrossFit is just a word, though. A word that is ultimately defined by the people who invest in it daily. The community is where the magic is, and the science is in the programming.

Some tips and tricks to make your selfies look better

Some tips and tricks to make your selfies look better 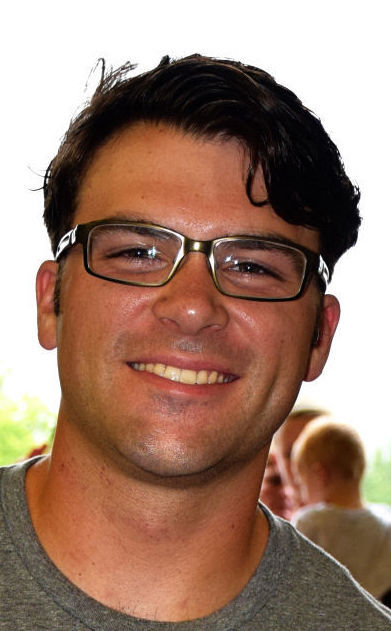