OMAHA -- A team of scientists at the Nebraska Public Health Laboratory in Omaha is using a new machine that can sequence the coronavirus’s entire genome to help track the movement of the virus in Nebraska, watch for mutations and monitor for the variants that have raised concerns around the globe.

Peter Iwen, the lab’s director, said it’s important to know what mutations are occurring in the virus and how that might affect the spread of COVID-19 in Nebraska.

One coronavirus variant first identified in the United Kingdom is believed to be transmitted more easily than the original strain; another found first in South Africa has been reported to decrease the effectiveness of vaccines. Neither has been found in Nebraska, although the U.K. variant has been identified in 42 states, including Iowa and Colorado.

In addition to helping the lab monitor the virus’s movements in Nebraska, the machine, which is highly sought after by public health labs, will allow researchers to keep a closer eye out for the variants.

Iwen said Nebraskans need to understand that the lab is looking for variants and trying to keep ahead of them.

Iwen said the lab began working with Clear Labs, the California-based maker of the device, last spring. The lab’s scientists worked with the company to validate the technology, which allowed Clear Labs to obtain emergency use authorization in September from the Food and Drug Administration for a COVID-19 test.

When they started, the researchers were using the device only for targeted sequencing, essentially determining the genetic fingerprint of small chunks of the virus’s genetic material.

Iwen said the lab scientists, all of whom are faculty members at the University of Nebraska Medical Center, suggested that the company use the technology to sequence the virus’s entire genome, rather than just parts of the genetic material. The lab is on the UNMC campus.

In December, lab technicians compared the technology with the lab’s other sequencers. It worked as well as anything else in the lab, and the fully automated device was quicker and easier to run.

The lab began sequencing entire genomes from coronavirus-positive samples, looking at what mutations were occurring in the virus that showed up in people from meatpacking plants and nursing homes. In one nursing home, the lab studied a cluster of elderly patients who had high levels of the virus but no symptoms.

After the variants were identified in the U.S., calls came to increase the number of virus samples sequenced in labs across the country. Last week, the Biden administration pledged almost $200 million to ramp up this work. Since late last year, the Nebraska lab has been sending samples to the federal Centers for Disease Control and Prevention. The lab recently received federal funding to expand sequencing in Nebraska to further support the program.

Iwen said the lab can now sequence samples more quickly. The lab’s initial goal is to complete three runs a week of 32 samples, or 96 samples a week. That’s more than most labs can do.

With testing and positive test rates down in Nebraska, the lab is also working with other labs to get more samples for testing, including those from the western and northern parts of the state. Most of the samples the lab receives come from eastern Nebraska.

Dr. Baha Abdalhamid, a UNMC assistant professor of pathology and microbiology, said the researchers have found two mutations that they think are significant in reducing the virus’s ability to cause infection and severe symptoms.

Iwen said they have also identified a mutation called L452R, which has become common in California. The effects of this mutation on the virus are still unknown.

But just having the new technology doesn’t get the job done, Iwen said. Abdalhamid, who also specializes in bioinformatics, is analyzing the data produced through the sequencing.

Lab researchers would also like to use the technology to more quickly sequence samples of bacteria that cause certain foodborne illnesses. This could expand the ability of the lab, which is part of a national laboratory network, to connect cases of foodborne illness by comparing the bacteria’s genetic fingerprints.

Watch Now: Tips to get the most out of your home security system

Watch Now: Tips to get the most out of your home security system

Things to avoid in the kitchen with toddlers

Things to avoid in the kitchen with toddlers

Student Loan Deferrals Can Impact Your Credit: Here’s How

Student Loan Deferrals Can Impact Your Credit: Here’s How

Methodist Jennie Edmundson Hospital President and CEO Steve Baumert will retire at the end of June.

Doctors, personal trainers share the safe way to return to exercise after COVID-19

A study published in JAMA Cardiology in July found that 78 patients out of 100 who had contracted COVID-19 experienced cardiac irregularities, despite not having any preexisting heart conditions.

Methodist Jennie Edmundson Hospital President and CEO Steve Baumert will retire at the end of June.

I’ve noticed a lot of people tracking their fitness with Fitbits, Apple Watches, WHOOP bands and other wrist-worn exercise monitors. While the…

8 ways to fall back asleep after waking in the night

Here are eight tips from sleep and anxiety experts on how to shut down that whirling dervish of a brain and coax your body back into much-needed sleep.

Dance to the Beat 2021 is a virtual event, but support it provides is real

A lot of factors came together on a cold evening in January 2019 that some might call coincidence, but Dr. Ronald Bendorf believes they were b…

2021 Shamrock Shuffle on for March 13 with some changes

What women should know about their heart health

While women's heart care has significantly improved in the past 20 years, there is still much to learn about heart disease in women.

The COVID-19 pandemic have given many of us a deeper appreciation for people who were previously taken for granted. 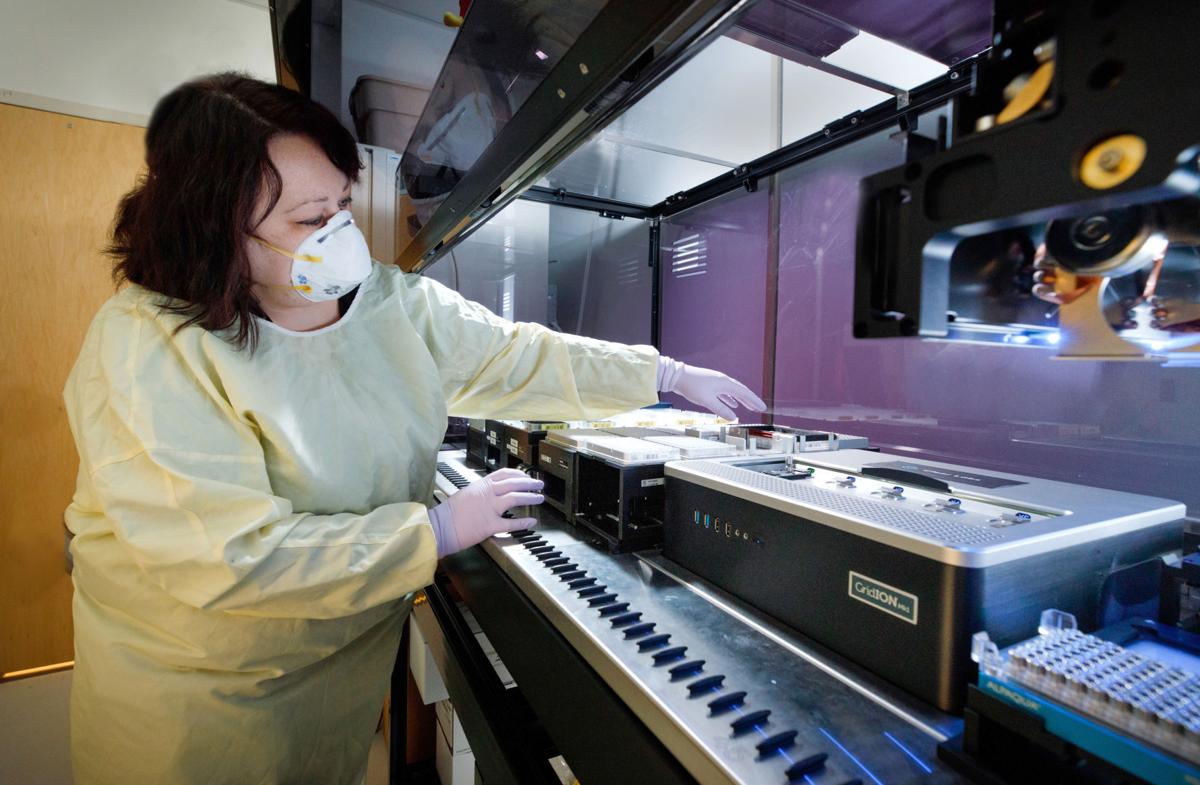 Elizabeth Mitchell prepares to load a genetic sequencer at the Nebraska Public Health Laboratory in Omaha. The new technology is helping the lab look for coronavirus variants and try to stay ahead of them, said Peter Iwen, the lab's director. 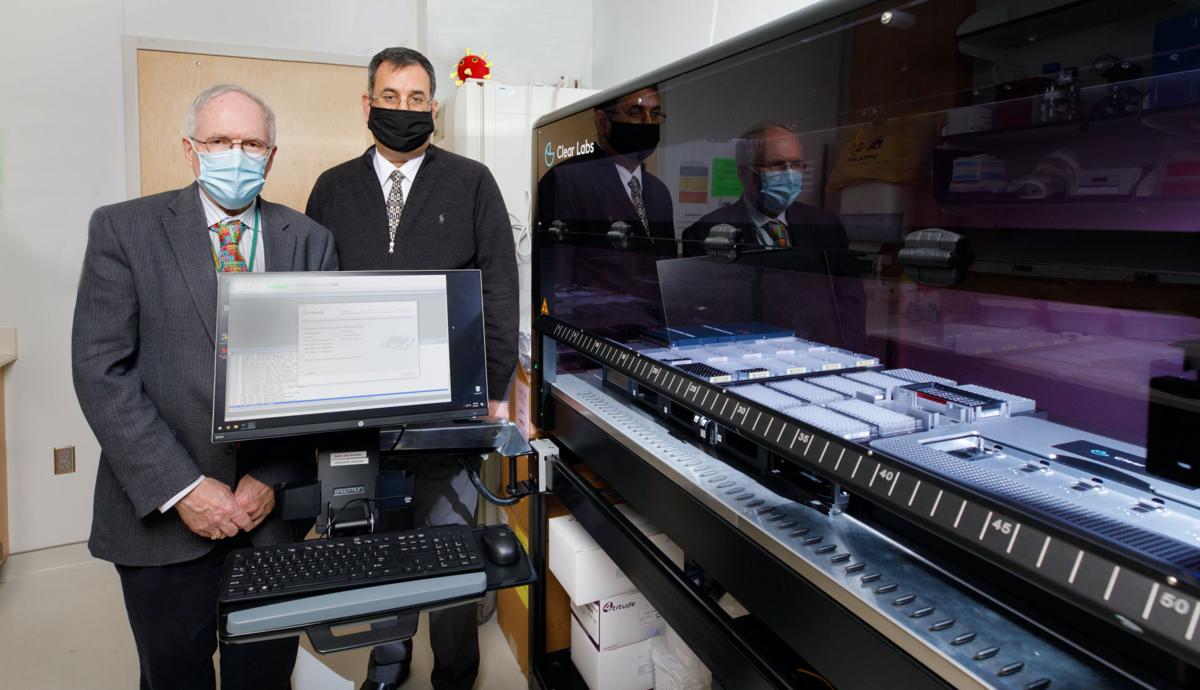 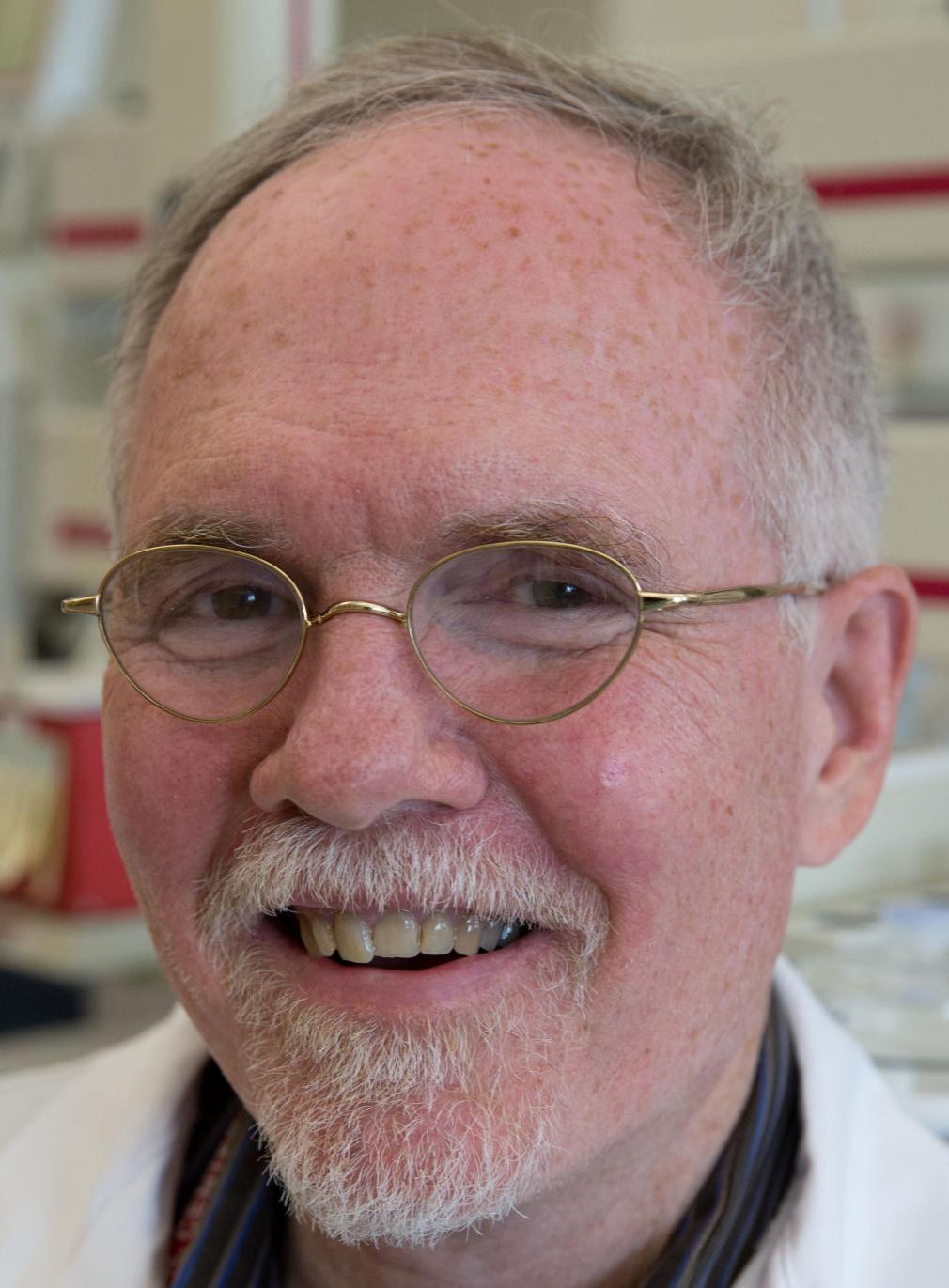