Make your house a home

For the holidays: Get inspiring home and gift ideas – sign up now!

Bengals vs. Titans: Updates and scores from the NFL playoffs

Nate Watson has spent 17 years turning back time on his Queen Anne home in Council Bluffs.

Like any true Victorian house, it’s now adorned on the outside in rich colors — mint and emerald greens, with goldish orange and cranberry red accents. The gardens spill over with more than 300 kinds of perennials and not a wall inside was torn down for an open concept.

The interior design is all about bright colors and patterns, too, just as you would have found in a home built in the 1890s. Drapes have been added to pocket doors and there’s Victorian embellishments everywhere.

“A lot of people come through and love it and can’t imagine living here,” Watson said. “It’s like living in a museum, and I love it.”

He’s an attorney by trade but instead of golfing or skiing on the weekends, he spends his time working with his hands.

The house is located within the Park/Glen Avenues National Historic Register District. It’s one of five neighborhoods recognized as historic by the federal government.

Though the house was in acceptable shape when he fell in love with it in 2004, it’s taken time to make it fully authentic to its Victorian period.

He’s carved replacement woodwork where it was destroyed when the house was converted into apartments. He’s replaced rotten siding in period appropriate cedar and restored the crown molding on the outside.

“I’m constantly painting it,” said Watson, who’s also a former Council Bluffs City Council member. “A lot of the detail work is within 15 to 20 feet off the ground. I don’t like to go myself above the second-floor windows. That’s my personal limit.”

He’s still working on finding antiques to fill the 12 rooms inside, which include three parlors, two pantries, and a formal dining room.

“You have to get used to the quirks of an old house,” he said. “They have a lot of rooms you don’t see today. Kitchens tend to be much smaller in that era. Guests didn’t hang out in the kitchen. You didn’t go there.”

The main yard has been done as an English-style country garden. The side yard has more French influences, with boxwoods and pear trees squared-off like you would see at the Palace of Versailles in France.

His gardens require lots of pruning, he said, because they are just as busy as the inside of the house, in keeping with all things Victorian.

As winter sets in, his tasks turn more holiday oriented. He spends six weekends starting in October decorating for Christmas and enjoys every minute of it.

“I’ve been pretty eccentric with Christmas since I was 2 or 3 years old,” he said. “Growing up, I always wanted to decorate. I was bringing the stuff out in July.”

With plenty of room in the 2,000-square-foot house, he hauls out 27 Christmas trees, 23 of which are at least 3 feet tall and completely decorated with lights, garlands and ornaments.

“I do garland everywhere,” he said. “All the fireplaces and the big staircase in the entry.”

He switched to all LED lighting in 2010, which Victorians would have approved since they loved new gadgets. Everything in the house, down to the light in the refrigerator has been converted.

“I put up two to three times the number of lights on trees most people would,” he said of his Christmas decorating. “In the spirit of Victorians, I’m excessive.”

Make your house a home

For the holidays: Get inspiring home and gift ideas – sign up now!

The 50 best small towns to live in across the US

Are you looking for a small town with good schools, tree-lined streets, and community events for the whole family? Here's a look at some of the best small towns across the country.

Ask the Builder: Remodeling a bathtub creates a problem

Over the weekend I got Steve out of a big jam. He lives near Pittsburgh, and his wife decided it was time to tear out an outdated platform bathtub. She wanted a new sleek soaking tub shaped like an elongated giant vessel sink. I must admit, they look amazing; I installed one in my daughter’s new home two years ago. They’re also very comfortable.

An almost 4,000-square-foot house with broken gutters, deteriorating windows and holes big enough to draw raccoons is set to be demolished after an arduous three-year process.

How the housing market changed in 2021

Real estate platform ZeroDown has compiled a list of 10 ways the housing market changed in 2021.

Home trends for the new year: What's in and what's out

For your home in 2022, here are the hot new trends for the new year, plus what we’re leaving behind.

Here’s a guess: There aren’t many of us who’d care to relive the past two years. Even if your stock portfolio is worth more today than it was 20 months ago, even if you have a new job that pays you more than you were making.

Whether on the floor, on the walls or as accents, the prominent use of tile remains on trend, especially in bathrooms and kitchens.

Woody and Barb Jones' “dream home,” completed in October 1996, required three 18-wheelers loaded with logs, and one very tall crane to get off the ground.

The Property Line: Is It Time for a HELOC Comeback?

Home equity lines of credit have declined for more than a decade. But HELOCs should make a turnaround in 2022 as mortgage rates rise to their highest levels since 2019.…

Americans are buying more electric vehicles every year. In a recent column, we discussed the installation of a charging station all condo owners could use.

Watch Now: How to reduce your stress levels 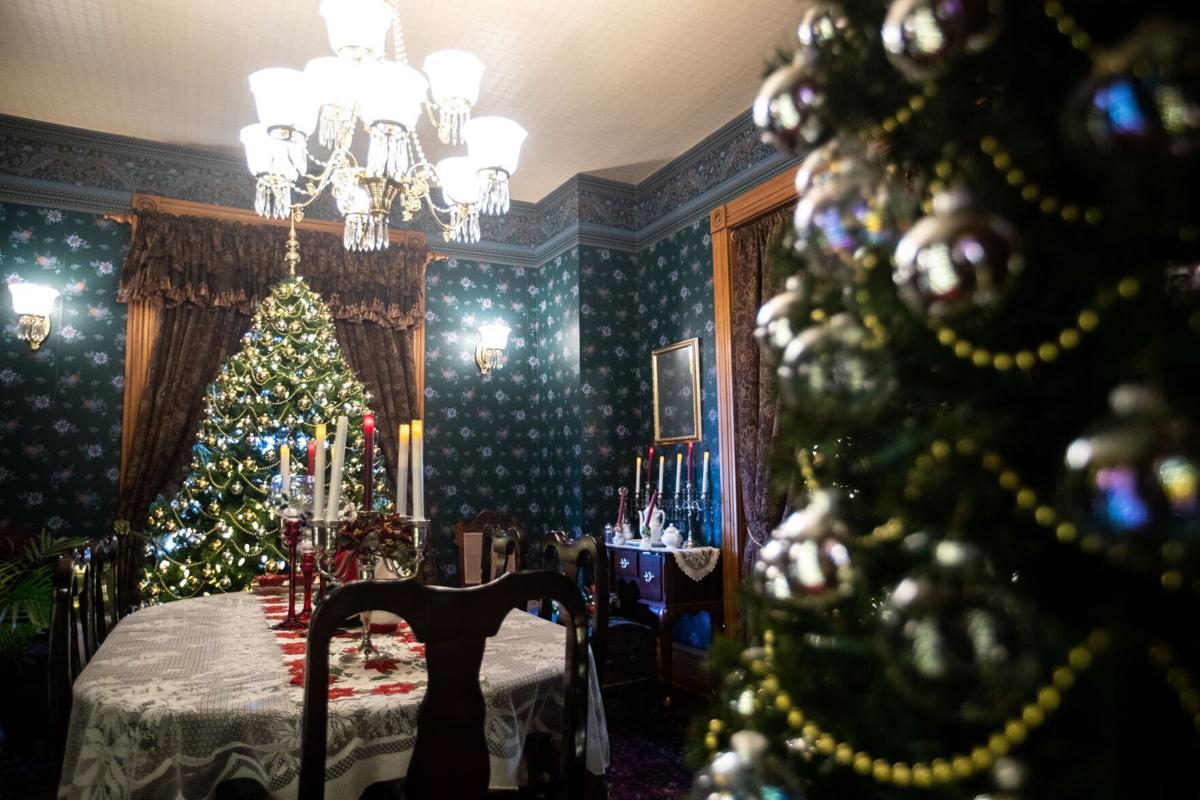 Christmas trees sit on both sides of Nate's dining room.

Nate says you can never have too many lights. 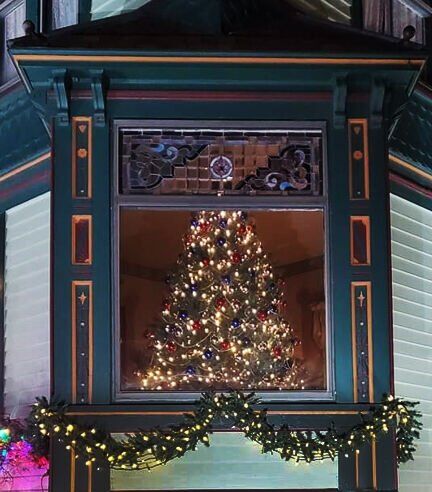 A Christmas tree sits in the window of Nate's Council Bluffs home.

Nate spends six weekends starting in October decorating for Christmas and enjoys every minute of it. 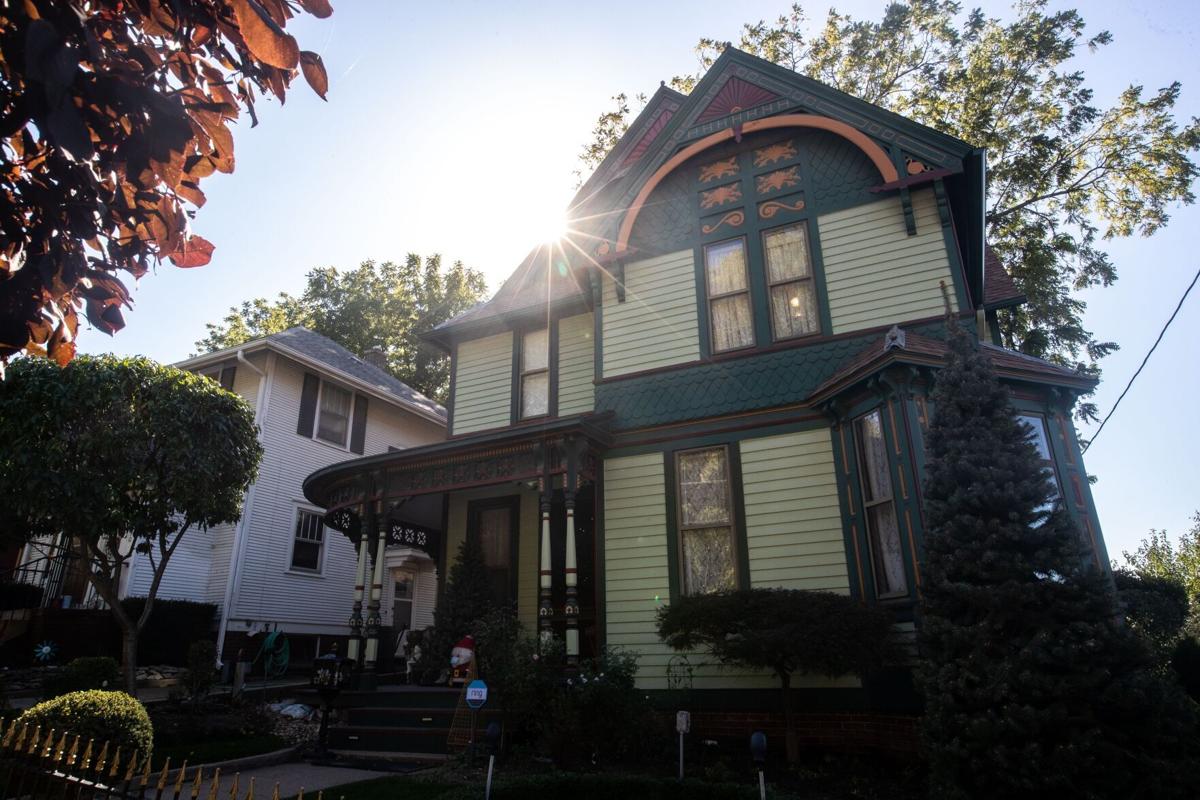 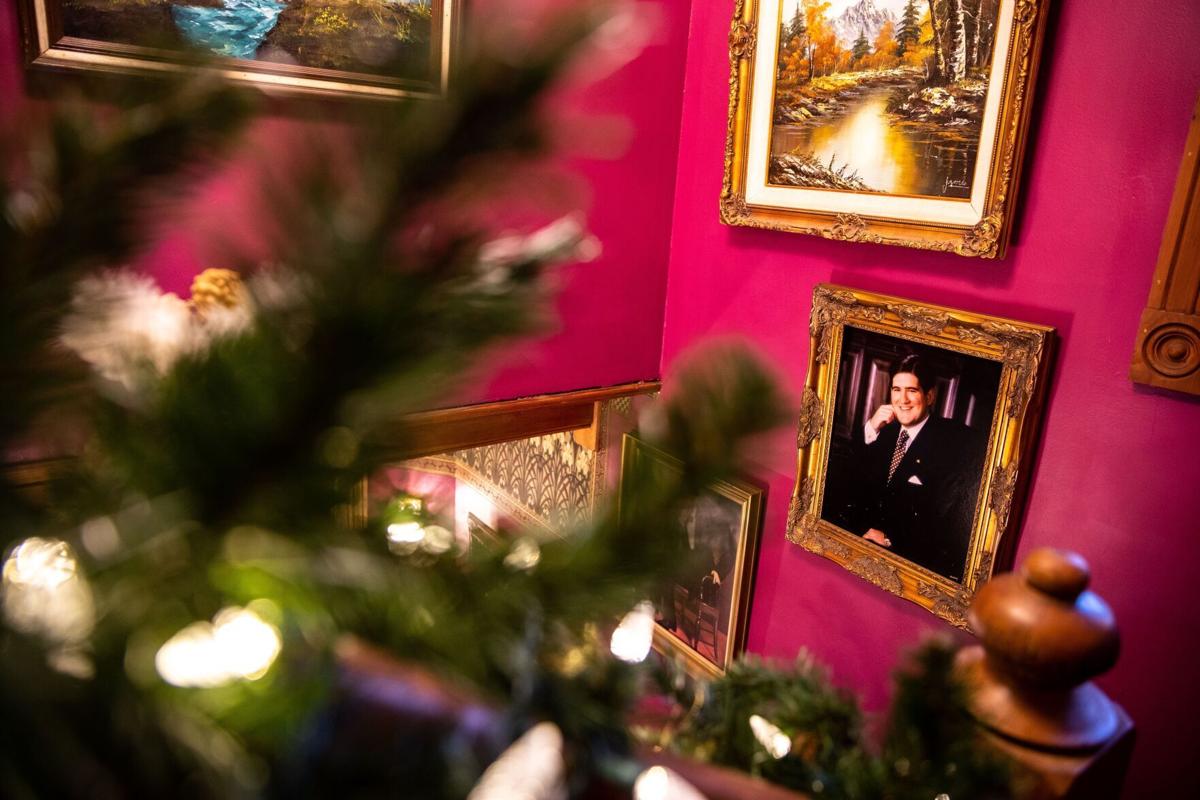 A portrait of Nate Watson hangs on the wall in his home in Council Bluffs. 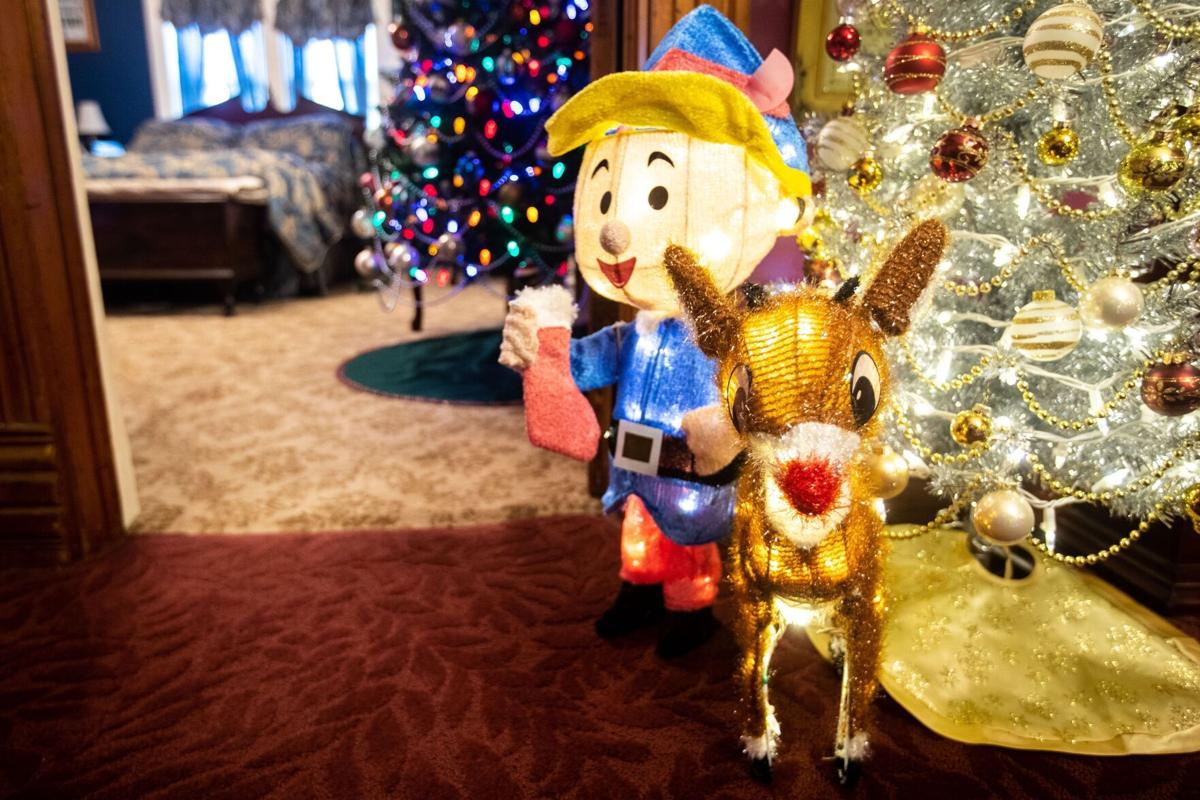 Hermey the Misfit Elf and Rudolph the Red-Nosed Reindeer sit near a Christmas tree on the second floor. 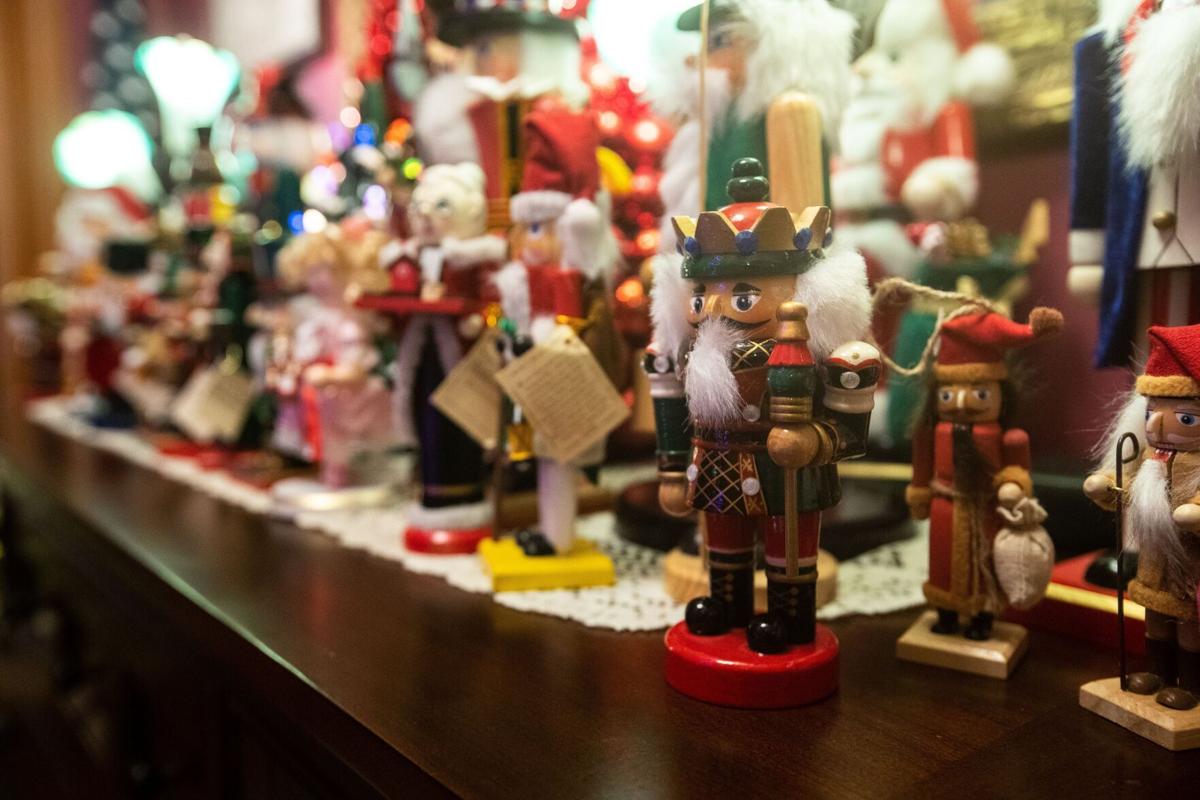 Nutcrackers are displayed in the entryway. 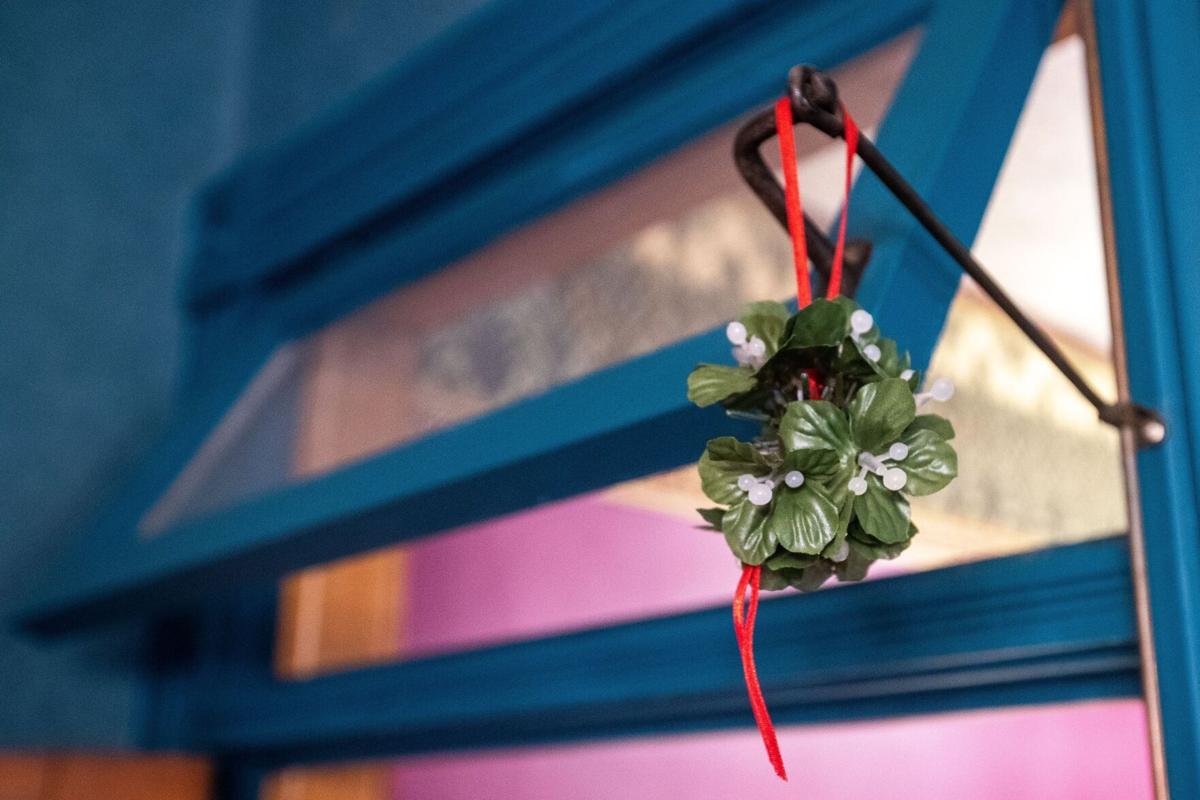 Mistletoe hangs above a doorway. 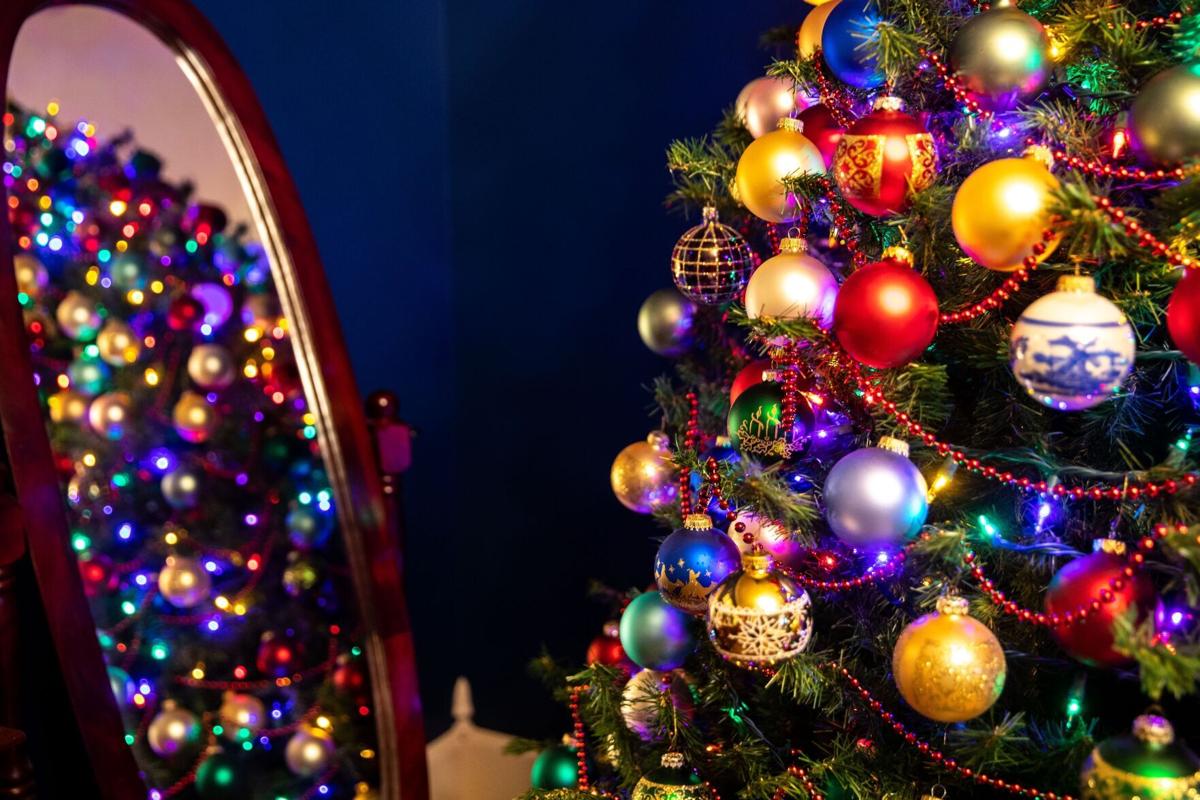 Christmas ornaments reflect in a mirror. 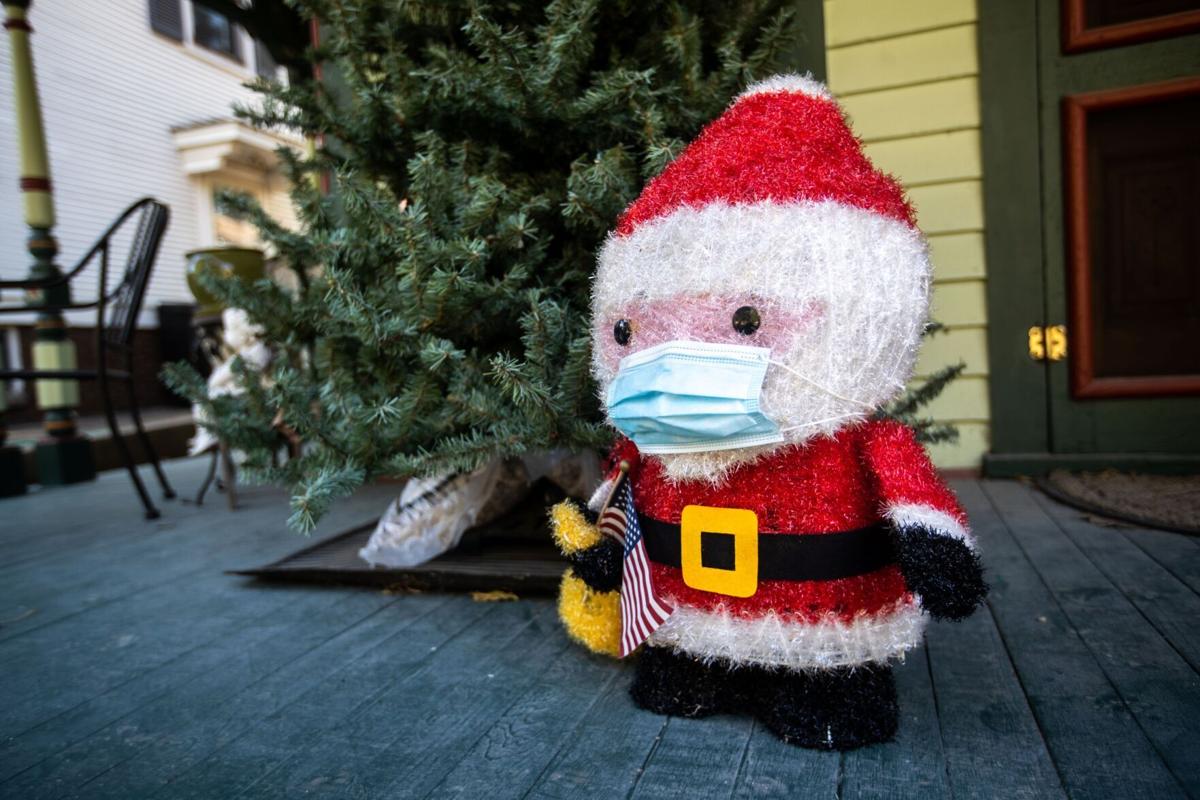 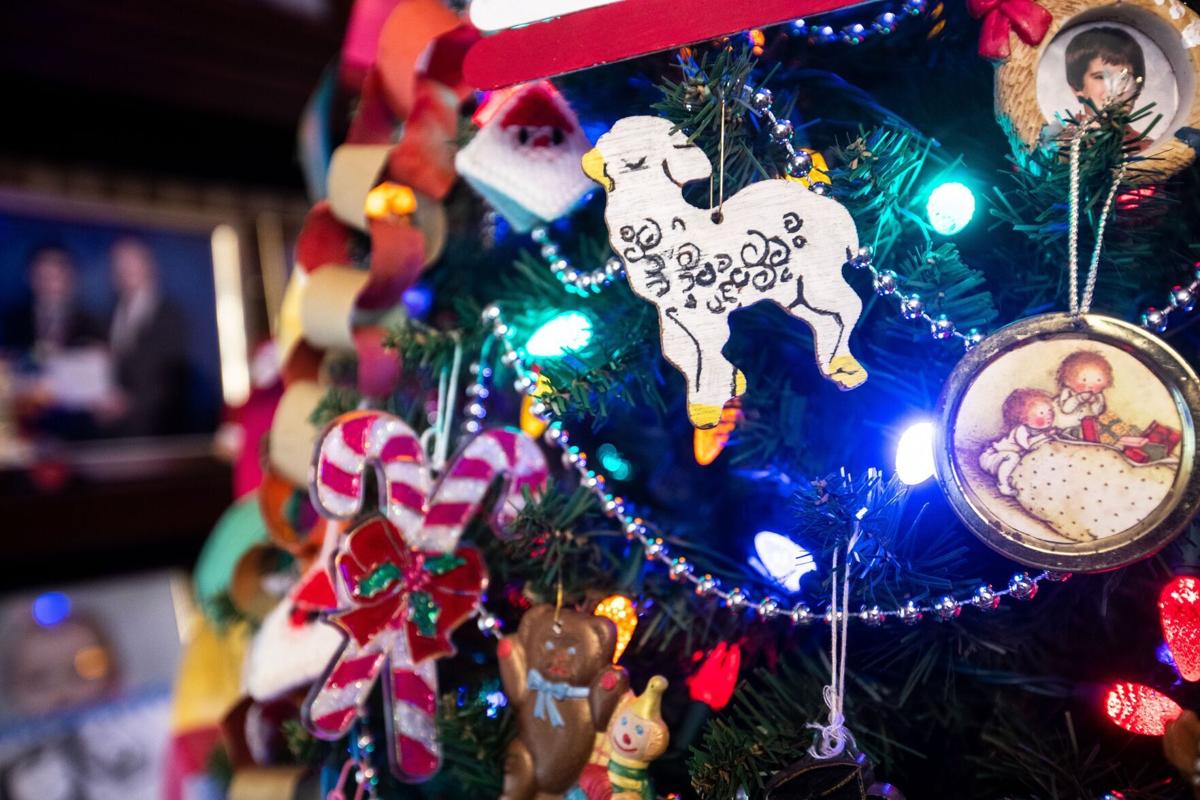 Nate Watson's personal Christmas ornaments hang from a tree in his study. 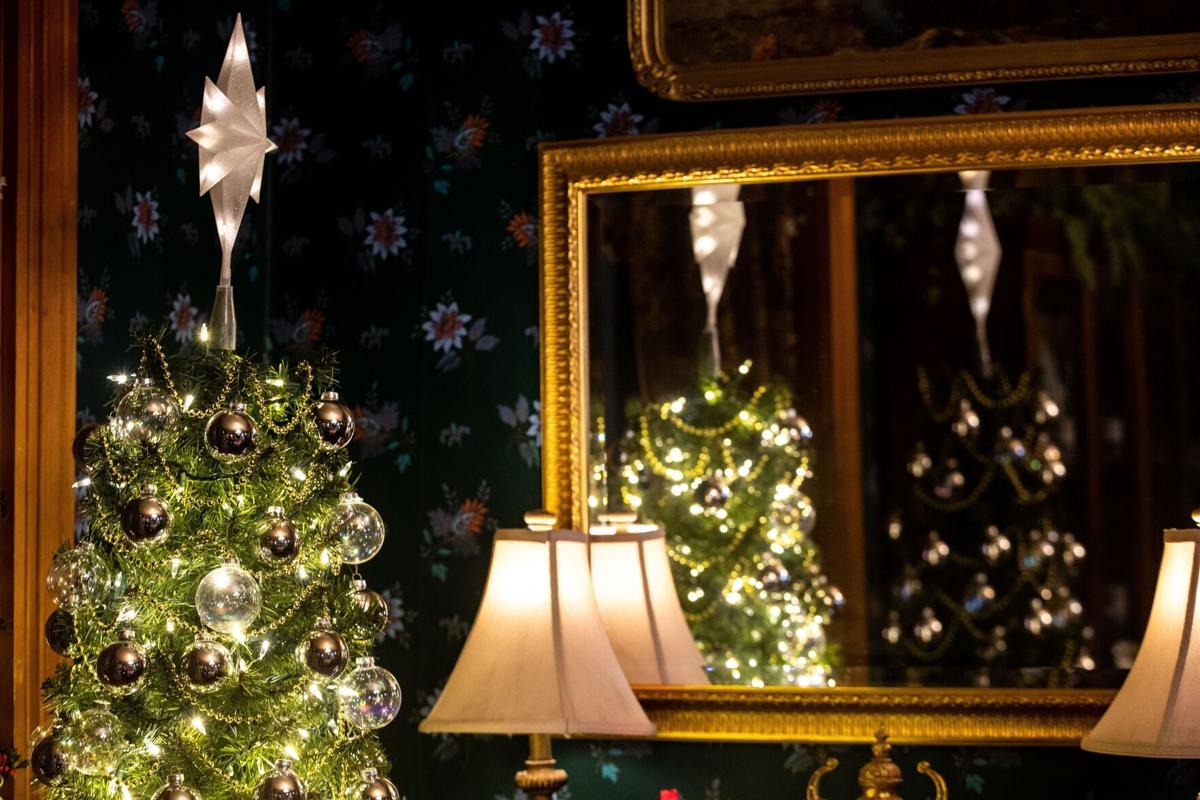 Christmas trees are seen in the reflection of a mirror. 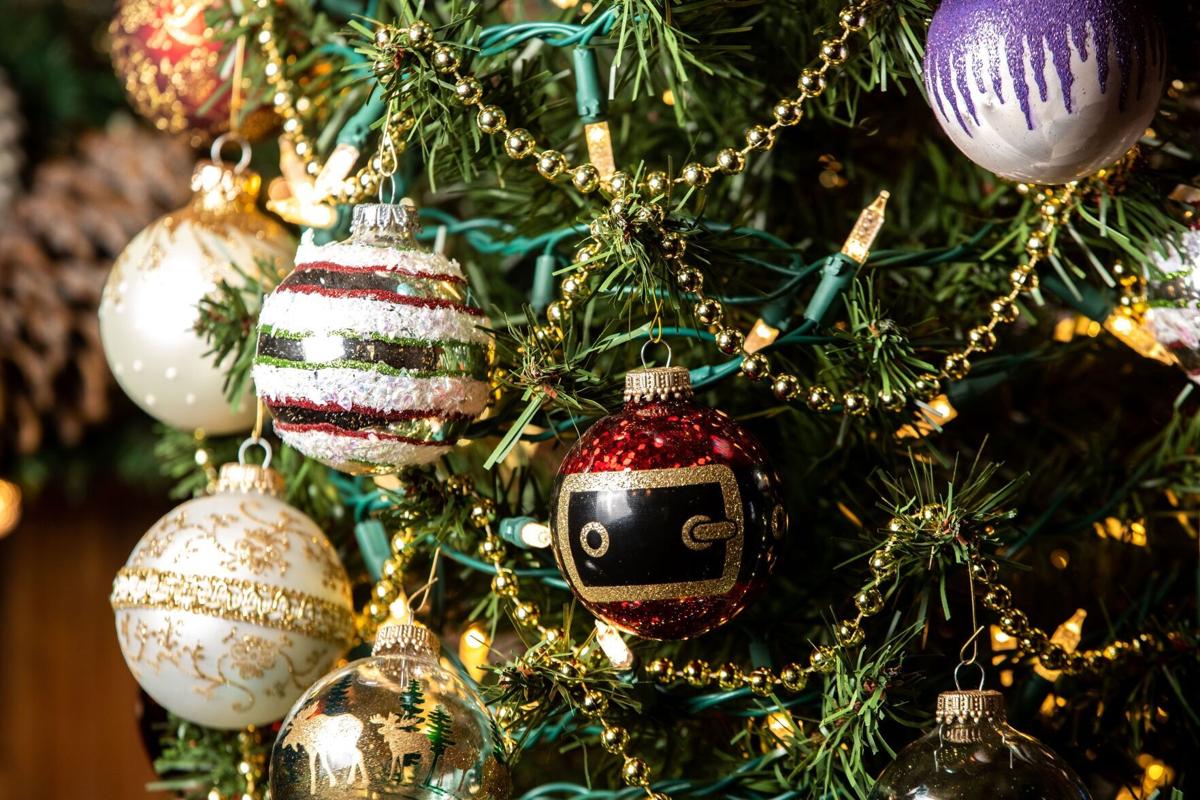 Ornaments hang on one of the 27 Christmas trees in Nate's house. 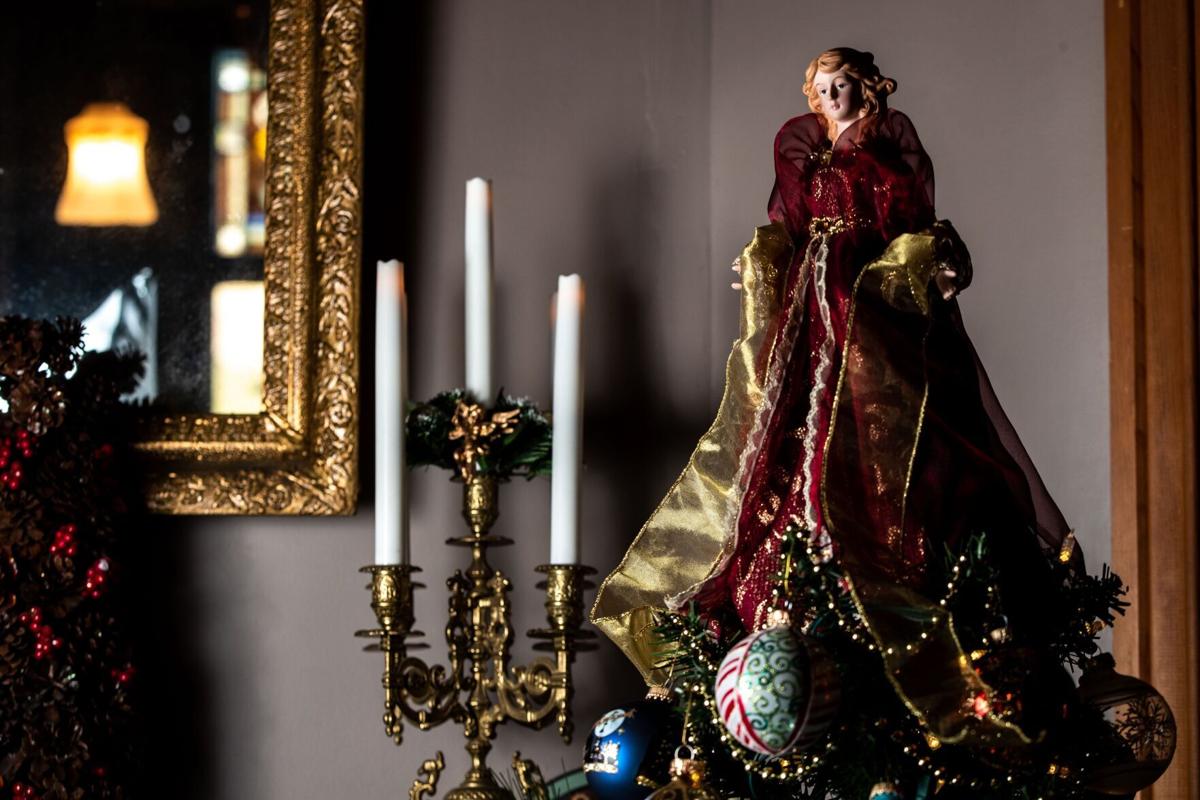 An angel atop a Christmas tree. 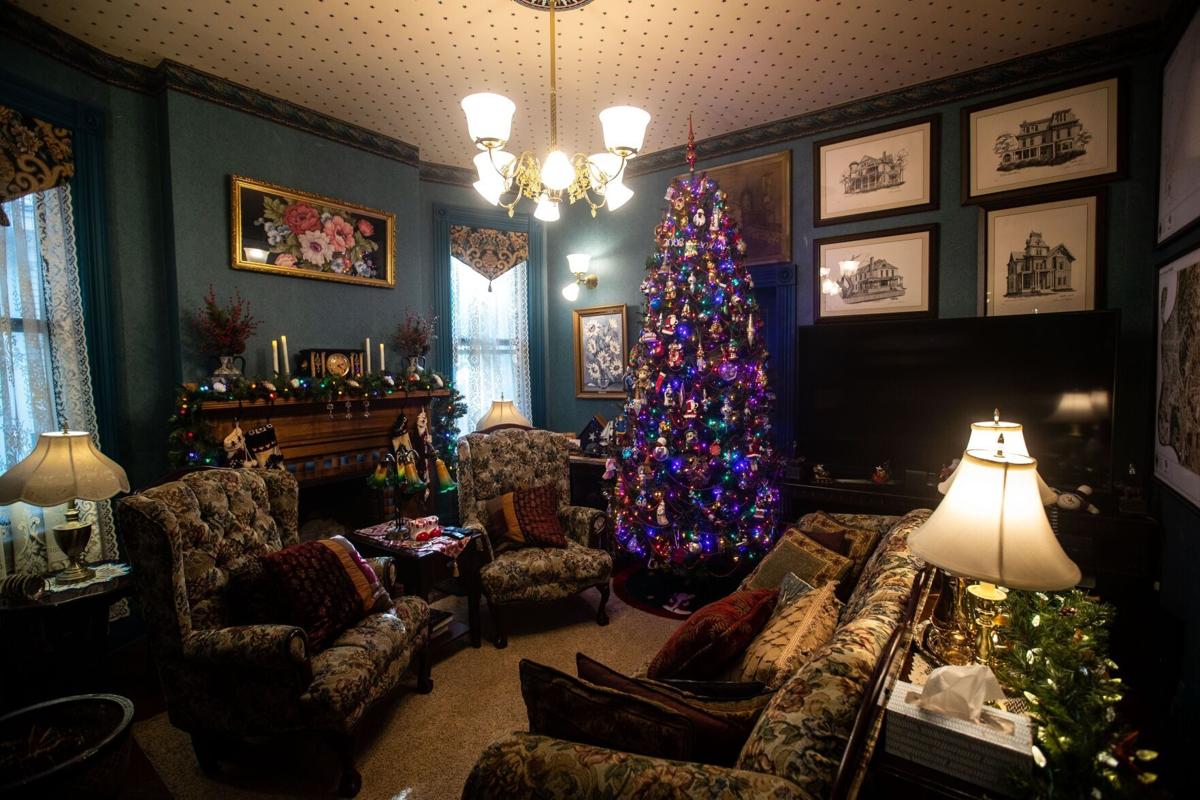 The living room is full of Christmas cheer. 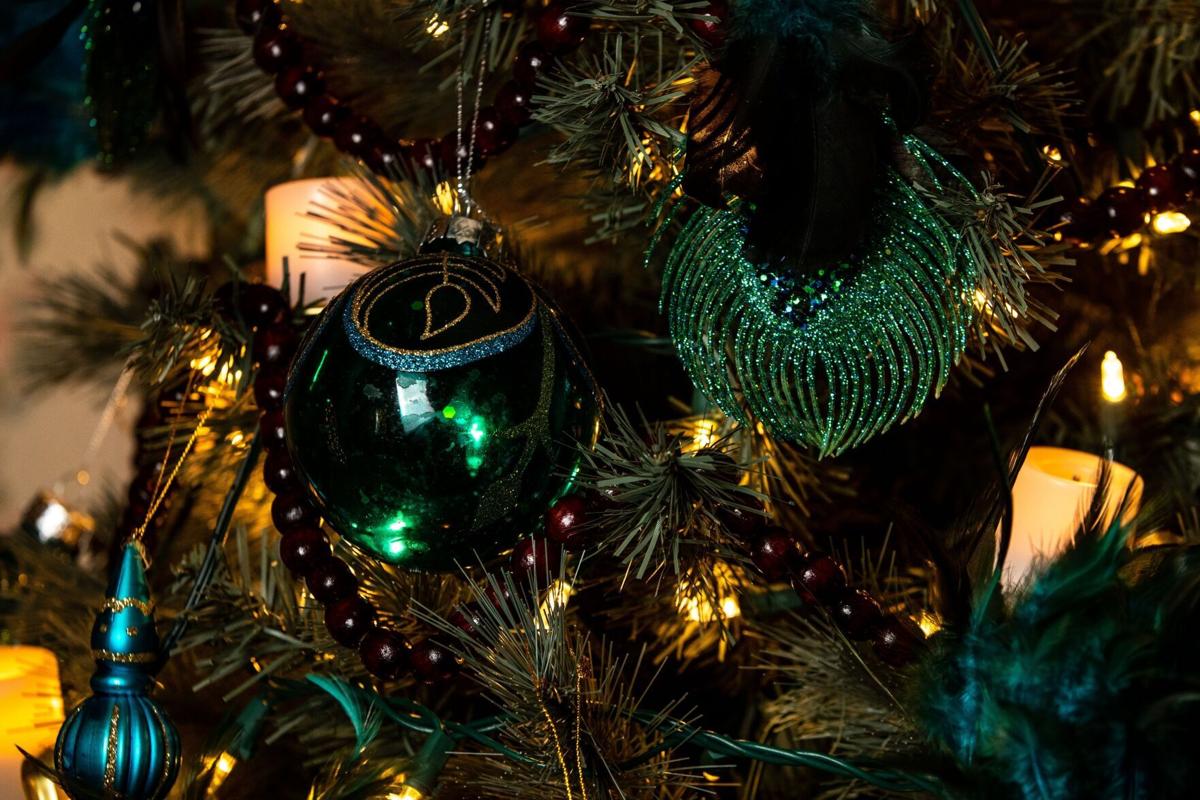 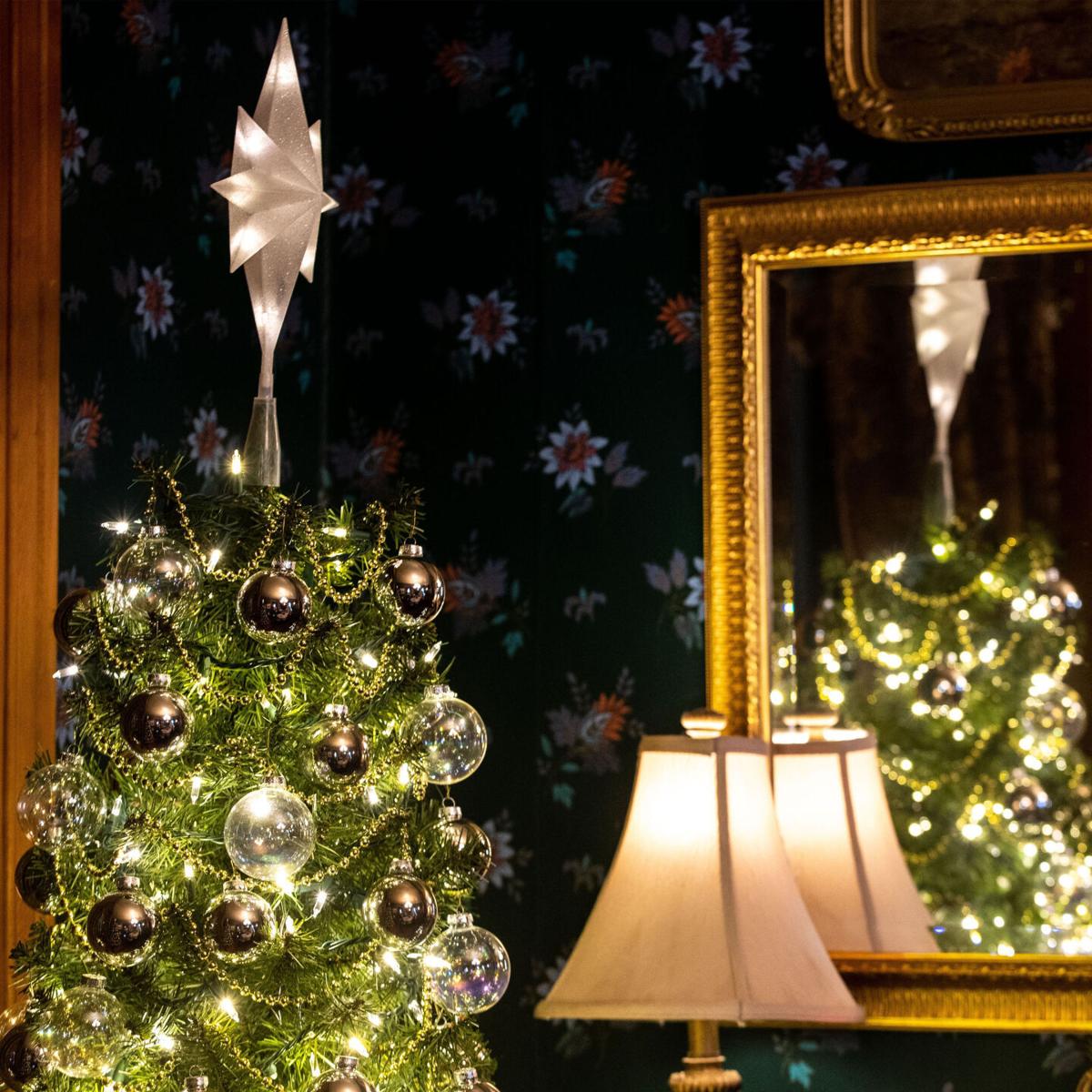 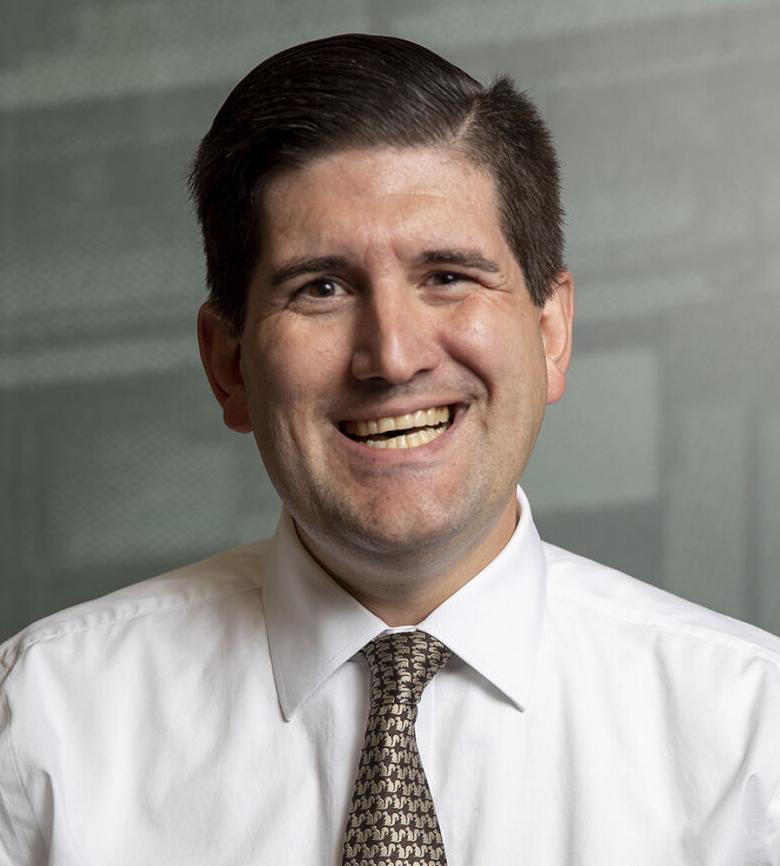