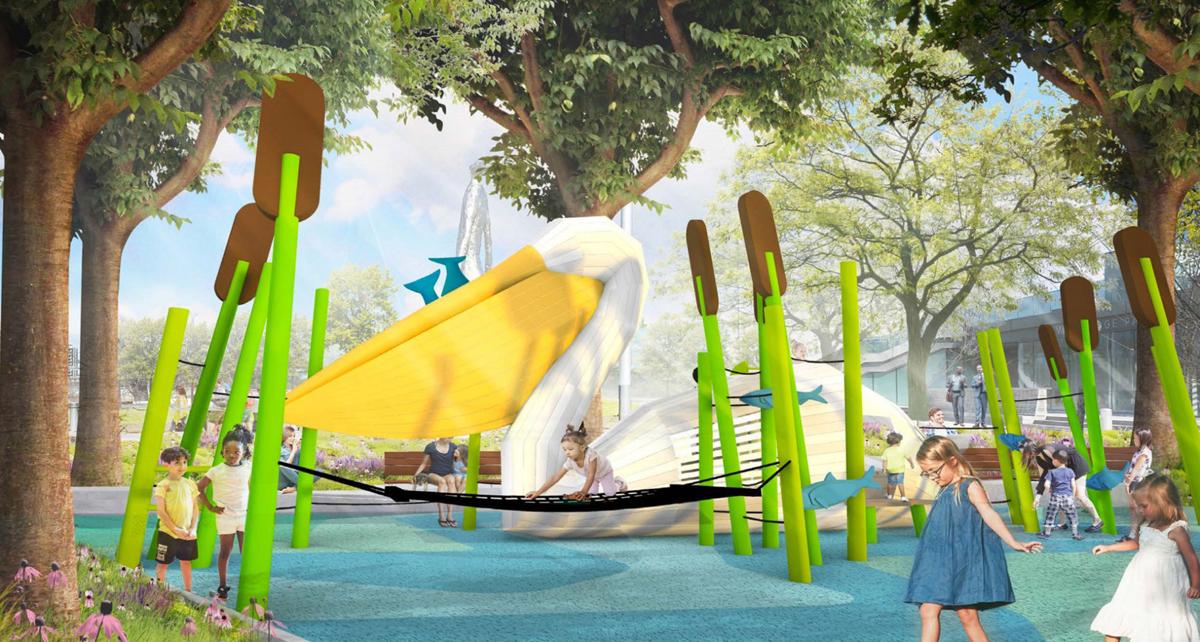 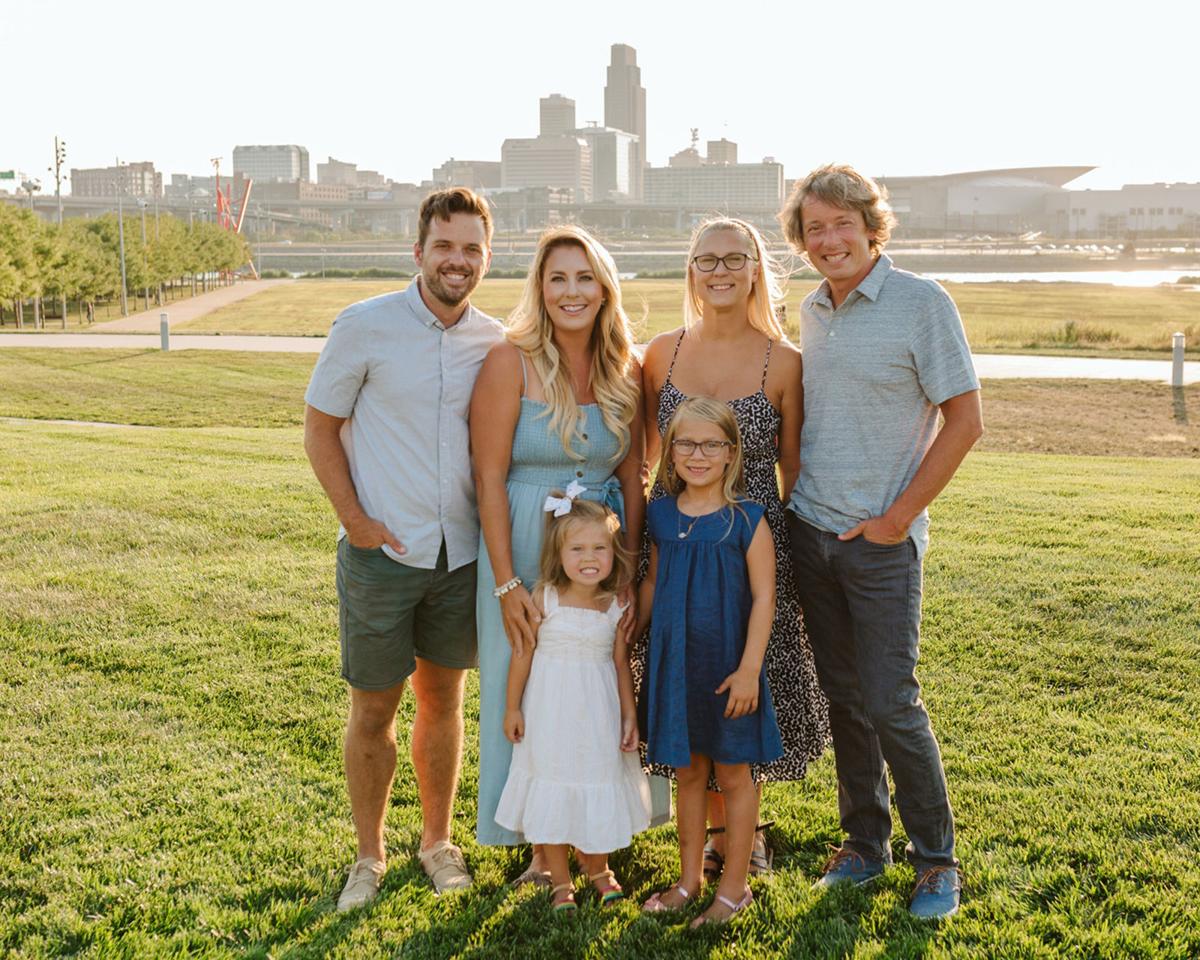 Belle’s Play Garden will sit on a 2,000-square-foot area at the park, with “interactive play elements in vibrant colors and patterns that represent the Missouri River and unique topography of the bluffs,” according to the Iowa West Foundation, a funder of the project.

This project is part of the Go Play initiative co-founded by the Knudtson-Tomasek and Davidson families, according to organizers. Dusty Davidson and Rick Knudtson are the co-founders of Flywheel, a Nebraska tech startup, and the families have teamed to commit $200,000 to the project. The Back to the River organization will contribute $100,000, with Iowa West matching those funds with $300,000.

Marlina and Dusty Davidson were born and raised in Council Bluffs, and Tomasek formerly worked for the City of Council Bluffs’ Parks Department managing the landscape architecture for Phase II of River’s Edge Park, a release said.

The park is “near and dear to me,” Heather Tomasek said during the Council Bluffs City Council’s study session Monday afternoon. Tomasek told the council a play area had been part of original plans for the park but was eventually removed. Tomasek said she researched playgrounds across the country, including taking a trip to Cincinnati, while working with a company to design the area, with an eye toward making sure the play garden matches the existing aesthetics of River’s Edge Park.

“We believe the addition of a new play space is very appropriate,” she said of the addition to the park, which will be near the pavilion. “We think we can accomplish something special.”

For the play pieces, “we wanted something iconic and memorable,” Tomasek said. The area will have cattails and a 15-foot-tall pelican with a slide, among the many features of the design.

“I feel doing projects like this are a low-hanging fruit for swinging momentum back to this side of the riverfront,” Tomasek said, noting ongoing development on the Omaha side.

“This Go Play initiative was founded with the hopes of returning the idea of play back to the park and the neighborhoods in the former Playland Park area,” Tomasek said in the release. “Both our families have young daughters that love to spend time outside at various parks around the metro so this is named in honor of them. We believe it will reintroduce a new play space that enhances one’s sense of discovery and adds to the growing momentum at the riverfront.”

The playground is named after the families’ daughters: Ella “El Belle” Knudtson and Annabelle Davidson.

After study session, Tomasek told the Nonpareil the next step in moving the project forward is approval from the Army Corps of Engineers, which is required because of its proximity to the Missouri River levee. That could take nine to 12 months.

From there, the project, which does not require council approval because no city funds are being used is not to exceed $600,000, Tomasek said.

The City Council was unanimous in showing its appreciation of the project.

“This is an absolute ton of work and so thoughtful,” Councilman Chad Hannan said.

“The park will be a popular component to the overall development. We are grateful for the vision and generosity of the Knudtson-Tomasek and Davidson families, along with Iowa West’s former leader, Pete Tulipana, who have made this possible,” Brenda Mainwaring, president and CEO of the Iowa West Foundation, said in the release.

Tomasek said the families have been friends for more than a decade and look forward to the day their children — and countless others in the metro area — can use the playground.

“We are just really excited. We’re excited to be able to share our vision for Belle’s Play Garden,” she said.

Presentation on possibilities of past or present life on Mars at C.B. Public Library on Monday

A couple of weeks ago I wrote a column dealing with the “Summer Triangle,” and one star in particular, Vega. It is one of my favorite stars to…

When people shopping for kayaks and gear ask Eric Grodt, owner of Up a Creek kayak and canoe store in Central City, about his recommendation f…

Try this to help you accomplish your goals

Try this to help you accomplish your goals

How to cope with pandemic emotional distress

How to cope with pandemic emotional distress