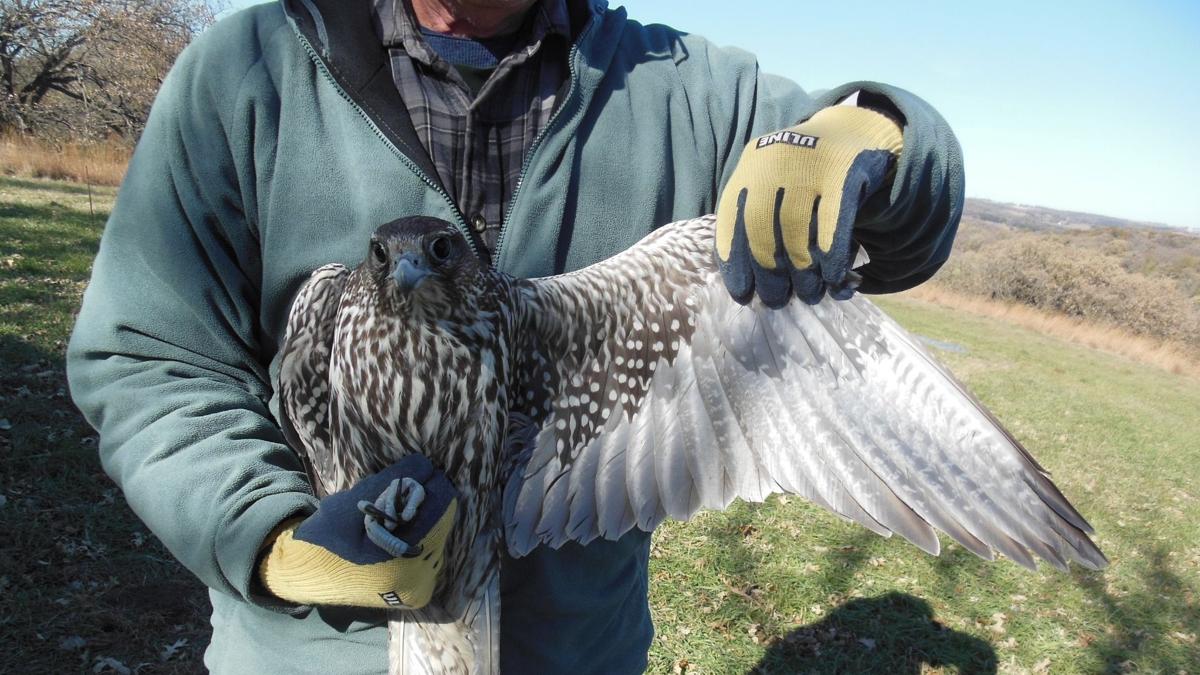 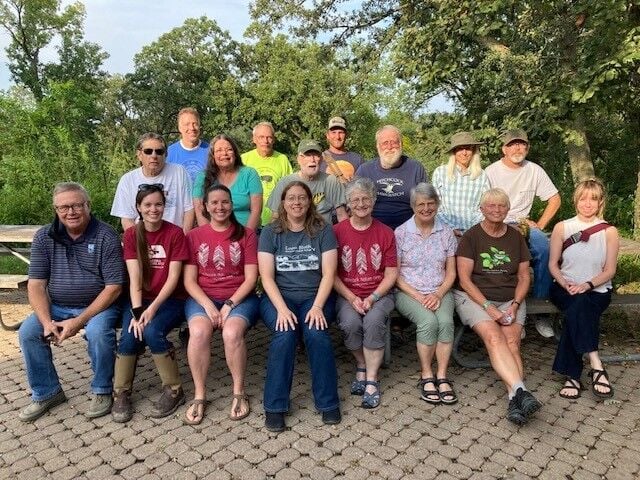 Hitchcock HawkWatch volunteer group poses for a photo. The group will celebrate its 30th anniversary on Oct. 17, 2021.

“HawkWatch members spend hundreds of hours every fall banding, observing and recording an average of 13,000 raptors to better understand how species are impacted by climate change, habitat loss, poisoning and disease,” a press release said. “Monitoring changes to raptor populations is important because it’s a strong indicator of ecological health.”

Even though birds of prey are at the top of the food chain, populations have continued to decline. It’s important for HawkWatch to monitor changes to raptor populations because it’s a strong indicator of ecological health.

The group has recorded the migration of hundreds of thousands of birds of prey since 1991.

“This hardworking group spends hours in the cold, wind and rain to make sure migrating birds are being tracked every day during migration season,” said Pottawattamie Conservation Volunteer and Facilities Coordinator Dana Kruse in the release. “They believe in their work and we’d love for the community to come out and learn more about why it’s so important.”

The event will take place at the Hitchcock Nature Center, 27792 Ski Hill Loop in Honey Creek, from 1 to 4 p.m. The cost is free with the $5 park admission pass or an annual permit.

How to prepare your home for cooler weather

How to change careers smartly with these easy steps

How to change careers smartly with these easy steps

Family and friends come together at RECtoberfest

To bring local teens and their friends together, Council Bluffs Parks and Recreation hosted RECtoberfest on Saturday at Tom Hanafan River’s Ed…

We’ve all been waiting anxiously for the weather to cool down, the leaves to start changing colors and to pull our favorite sweater out from t…

Fall is here and to celebrate, I’ve put together a list of festive attractions to visit in Council Bluffs and Pottawattamie County. Grab your …

Hitchcock HawkWatch volunteer group poses for a photo. The group will celebrate its 30th anniversary on Oct. 17, 2021.