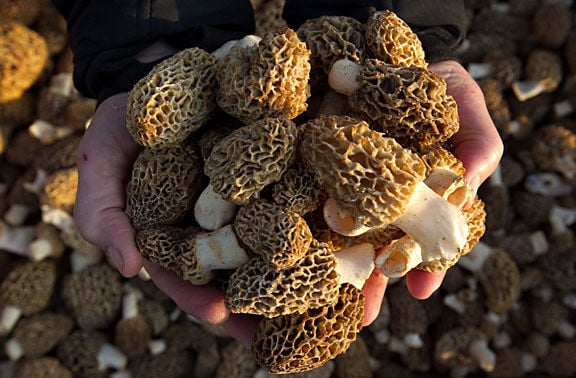 A handful of morels found during a mushroom hunt in 2012 along the Missouri River near Decatur, Nebraska. 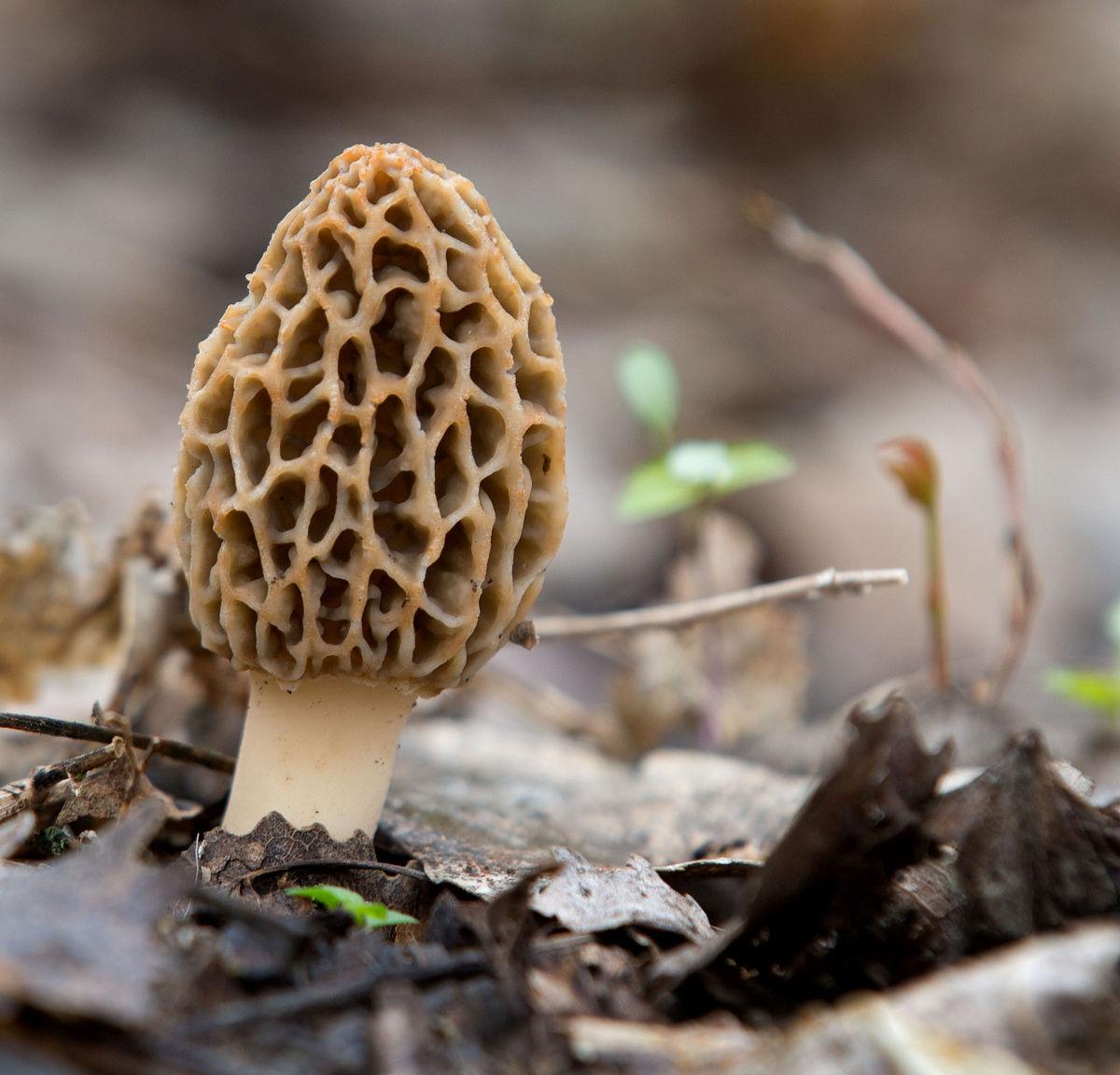 A single morel mushroom pops on the forest floor at DeSoto National Wildlife Refuge along the Missouri River.

OMAHA — There is good news for foragers: Morel mushroom picking season is starting.

Some morels are being found along eastern Nebraska’s river bottoms. In a few weeks, they will emerge in hilly wooded areas above rivers.

“Look for morels near dead and decaying trees like cottonwoods,” said longtime morel hunter Greg Wagner, public information officer at the Nebraska Game and Parks Commission. “Walk slowly and scan the ground carefully. Where you find one, you should find more.”

Wagner reminds mushroom hunters in Nebraska that they must get permission from the landowner to go onto private property, regardless of whether the land is posted.

“Trespassers risk a misdemeanor citation and their mushrooms confiscated,” he said. “Know and respect property boundary fences, as well. Find out what those fences look like ahead of time.”

State parks, state recreation areas and wildlife management areas owned and controlled by Game and Parks are open to the public for noncommercial mushroom hunting. Vehicle park permits are required in state parks and recreation areas.

Morel hunters should also be aware that it’s illegal to park at bridges along public roadways. Those kayaking or airboating are reminded that river sandbars and woodlands are almost always privately owned and that permission must be obtained to go there to look for morels.

• Carry a mesh bag to keep the morels fresh while picking.

• Do not disturb bird nests or animal dens.

• Take along a pocketknife to cut morels or pinch them with your fingers.

• Watch out for false morels; you don’t want to eat them. False morels are red, have a brainlike lobe and are solid on the inside.

• Don’t leave behind trash or recyclables.

After the morel hunt, Wagner likes to cut the morels in half lengthwise and wash them thoroughly in cold water with a kitchen spray nozzle. Then a quick saltwater soak may be in order if the morels are dry. He prefers to sauté them in a skillet with butter and a little garlic.

Americans are serious about their snacks

Americans are serious about their snacks

Today will be last day of 80 degree temps in the Council Bluffs-Omaha are for a while.

The City of Council Bluffs announced the 2021 Parks and Recreation Event Series and the 2021 Fire Hydrant Party schedule on Thursday. These ev…

Of the 12 constellations which comprise the zodiac, the only one represented by a female is that of the goddess Virgo, the Virgin.

The City of Council Bluffs is hoping to open both Katelman Water Park and Pirate Cove Water Park on May 29, but a lack of lifeguard applicatio…

A handful of morels found during a mushroom hunt in 2012 along the Missouri River near Decatur, Nebraska.

A single morel mushroom pops on the forest floor at DeSoto National Wildlife Refuge along the Missouri River.