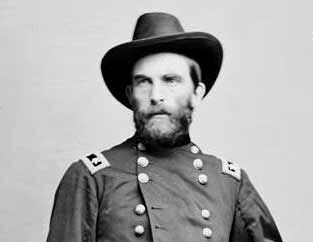 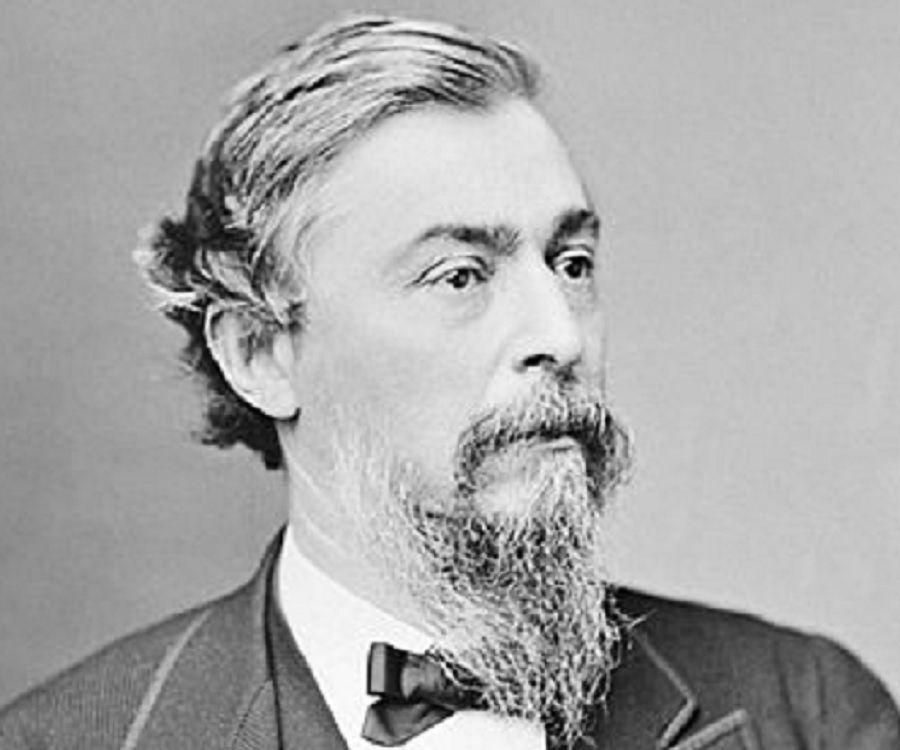 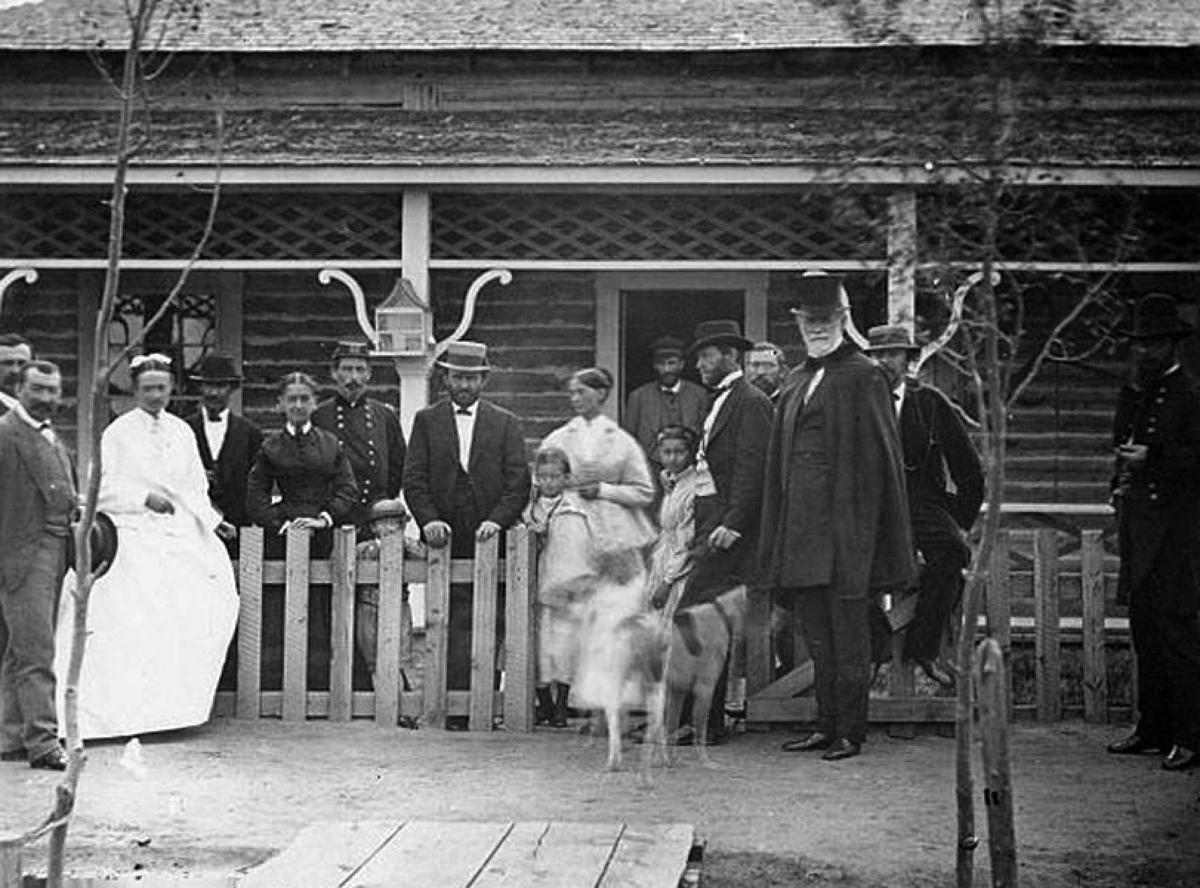 Don’t bring a knife to a gunfight. Unless, that is, you have a death wish.

When the outcome matters, strategically wise people bring to a critical situation nothing less than overwhelming force. This modern American idiom, first heard in the 1987 movie “The Untouchables,” would have come in handy 150 years ago.

It’s hard to imagine a man as intelligent, accomplished and strategically wise as General Grenville Dodge as having an enemy more crafty or duplicitous than the ones he faced in the Civil War. But he did. And it consumed his life for a long time, as we are left to imagine.

Dodge is furious. He has sacrificed so much. He moved his entire family out west, homesteaded, made risky investments, put his life on the line many times during the Civil War, participated in the Indian Wars and, as a result, had been separated from his family for a decade.

Presently, Dodge serves as the chief engineer of the Union Pacific Transcontinental Railroad and it is not going well. A corrupt and mercurial man stands between Dodge and what he will later consider the greatest accomplishment of his life. That man is the man who hired him, Thomas C. Durant — doctor, businessman, moneyman and vice-president of the Union Pacific Railroad.

Durant, who has continuously altered Dodge’s surveys in order to add more miles to the railway, has also been cheating the government and investors out of millions of dollars and, potentially, jeopardizing the entire project.

Dodge’s wife, Ruth Anne writes to her husband, “How can you like being gone so much, and having so many times to fight with men like Durant?” But Dodge has no choice. In order to accomplish this great feat of engineering (to be added into the annals of history with his other achievements), the railroad must reach the Promontory Point to join with the Central Pacific before the winter shutdown of 1869. He also knows that Durant is ruthless, immoral, cunning and that time is running out.

Dodge remains immensely busy. As he manages his railroad duties, he seeks and wins a seat in Congress (Iowa’s 5th District), and reviews plans for the construction of his new home in Council Bluffs to accommodate the addition of his youngest daughter, Anne.

Given all this, Dodge has no patience for Durant’s schemes. Every decision Dodge makes is pragmatic, strategic and calculated to ensure his victory. Durant has picked on the wrong guy.

The final straw: As the 40th United States Congress nears the end of its session, Dodge learns that Durant has changed the charted line for the railroad to traverse Wyoming’s Black Hills, making Laramie City, not Cheyenne, the mountain division of the road.

Dodge slams his congressional desk shut, packs his bags and heads for Wyoming in his private rail car.

Upon arriving in Laramie City, Dodge threatens martial law. Next, he hunts down Durant.

Dodge barks, “Durant, you are now going to learn that the men working for the Union Pacific will take orders from me and not from you. If you interfere there will be trouble — trouble from the government, from the army, and from the men themselves.” Durant is effectively silenced on the dusty Main Street of Laramie City.

Dodge gets to work on the railroad and his men lay track faster than ever. While encamped south of Salt Lake City, Utah, Dodge receives a telegram. It seems Durant has one more trick up his sleeve.

Durant had talked the Union Pacific Board of Directors into giving him more authority. With this added power Durant now has the ability to purge Dodge from the company.

There is a tense and quiet pause.

“I withdraw my objections,” Durant says in a timid voice looking Dodge’s way. “We all want Dodge to stay with the road.”

Three days later, Grant, Sherman and Sheridan were Dodge’s guests at this home in Council Bluffs. Together, they had notched another victory.

Survey: 1 In 2 adults still compete and argue with their siblings

The best soups to eat when you feel sick

The best soups to eat when you feel sick

Americans have 'cooking fatigue' after the pandemic

Americans have 'cooking fatigue' after the pandemic

CHI Health Mercy Hospital has put a new face on its maternity center.

The couple wanted an evening of vintage glamour and the Orpheum Theater was a dream come true: abundant florals, gold candelabras and a sea of champagne.

The 42-year-old still had its window stickers, and that new car smell.

The order makes it easier for physical therapists, speech pathologists and others to get and stay licensed and also loosens restrictions on their ability to care for COVID-19 and other patients.

Breakfast with the Bishop in November at St. Patrick

Diocese of Des Moines Bishop William M. Joensen and Catholic Charities will be at St. Patrick Catholic Church on Nov. 5 for Breakfast with the…

A blue budgie, on the lam in downtown Omaha for months, is heading to a new life with another parakeet, and bird lovers are rejoicing.

5 things to know about Sweetest Day

Do you celebrate Sweetest Day? Here are a few things you should know about the mid-October holiday that started out as "Candy Day."