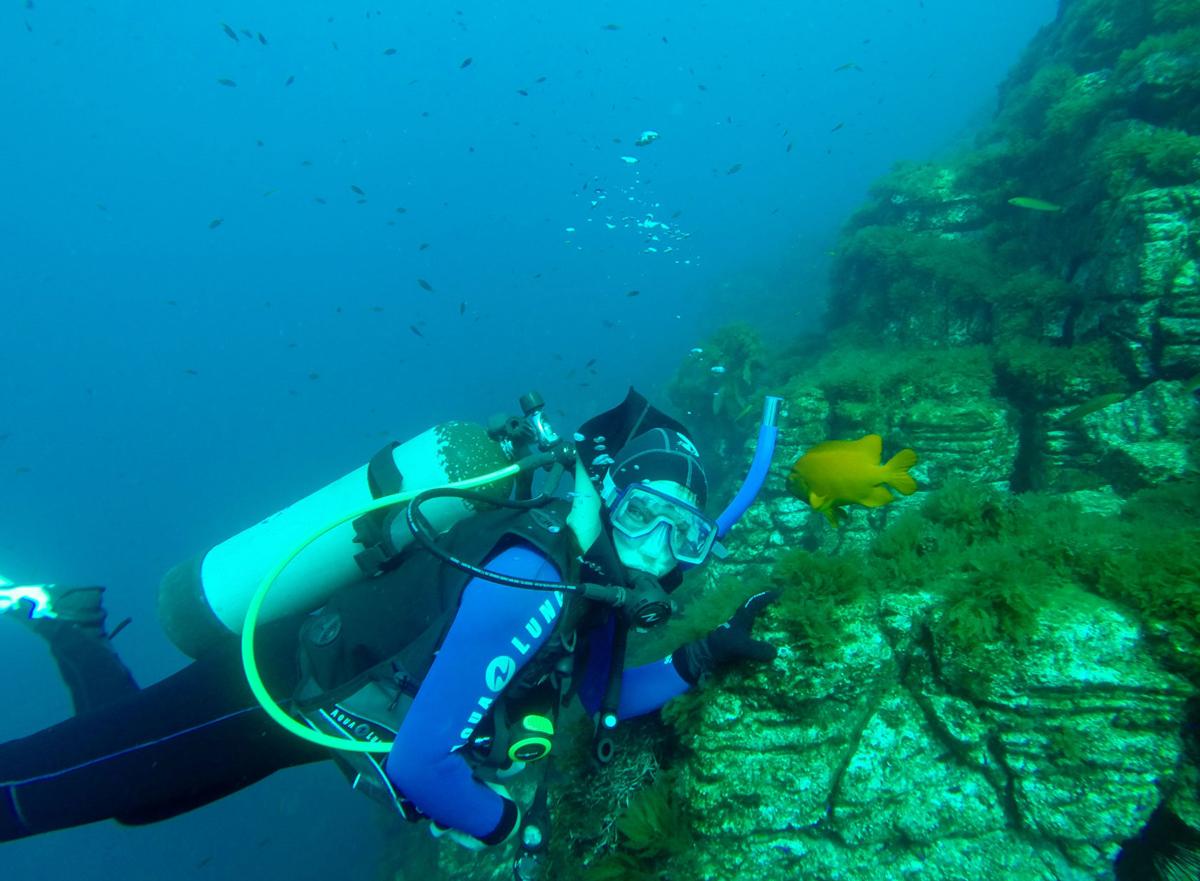 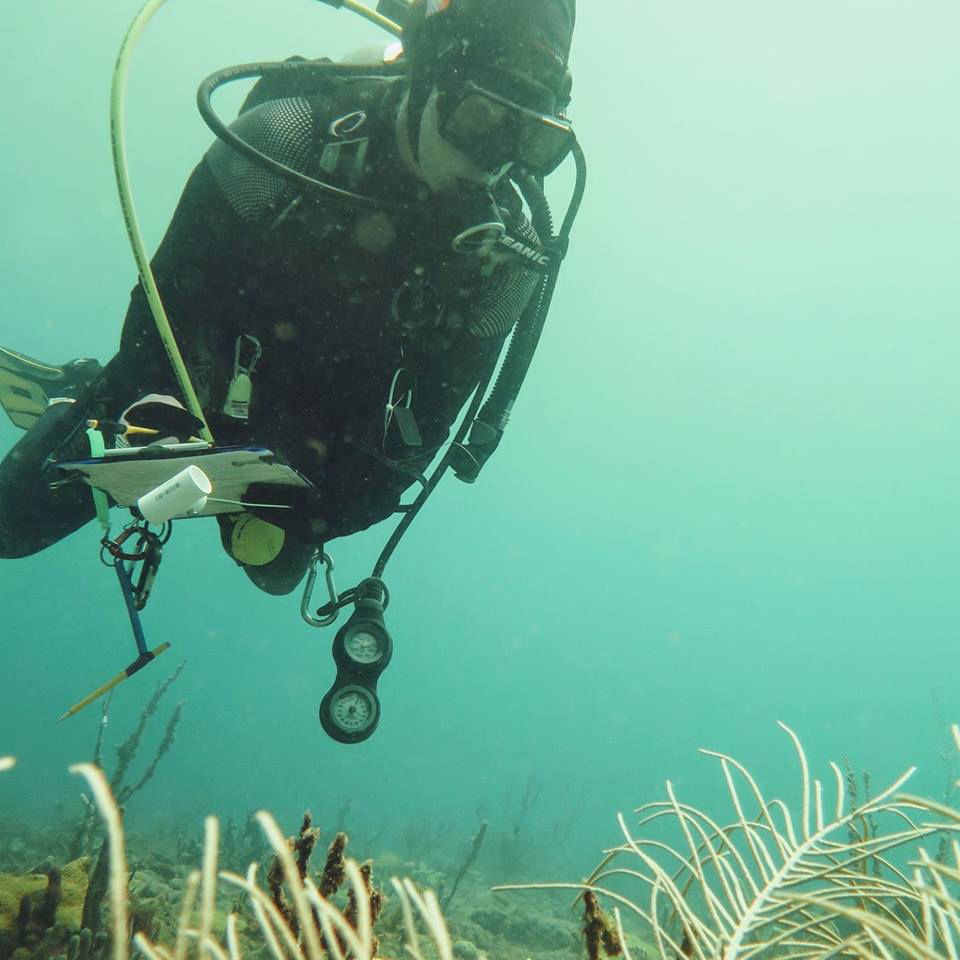 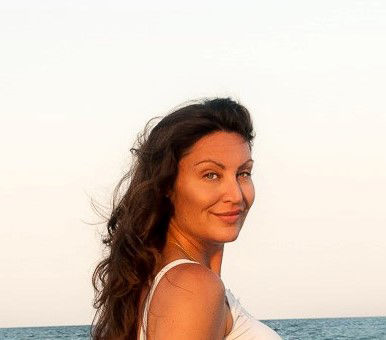 Jessica Ward on a Florida beach.

Ward finally seized that opportunity when she graduated from Abraham Lincoln High School with plans to attend the University of West Florida in Pensacola.

To figure out what exact field she wanted to pursue, Ward dabbled in various specialties — including a summer stay in Panama to study sea turtles.

In due time, Ward graduated college and moved onto Nova Southeastern University in Dania Beach, focusing on coral reef studies. Since then, she’s worked for various firms, has traveled the world and continues to follow the ocean.

Her next venture took her and her husband, Greg, to Hong Kong for two years. In that two-year time frame, Ward said her work led her to stamp more than 12 countries in her passport.

“I did a lot of coral reef mapping on that side of the planet, mapped near-shore formations off the coast of Brunei,” she said.

Because of her career, Ward has collectively visited 21 countries, “some for work, some for fun,” she said.

After two years, Ward and her husband became homesick, but not for Council Bluffs. She transferred within her company and moved. “Home” for her was south Florida with her mom, especially after she became sick and needed extra care.

“We moved back to have her move in with us,” Ward said. “When I got back, the U.S. model was different and (my company) wasn’t doing well. Since I was about to have a baby, I left that company.”

Ward couldn’t find a job immediately in the marine realm, so she started working for a firm that did more terrestrial work. What she found most difficult during this time were the alligators that crept between land and water.

“I like sharks better than alligators,” she said. Fear of sharks has been the largest misconception that she’s seen working in marine life.

“Ninety percent of my dives, sharks are not a worry. It’s not a fear, it’s not an honest hazard in the work we do,” she said.

“We recently did some annual sea grass monitoring in Lake Worth Lagoon, beach nourishment and monitoring,” she said. “I’ve done a little bit of everything.”

From sea grass to wetlands, reefs and coral habitat, Ward said the majority of her career has been the drive to live a less ordinary life.

“I grew up poor, I knew that school was going to be my ticket,” Ward said. “I always tried to do well so I would be able to get into college easier.”

Television was her earlier memories of the ocean, watching divers on TV and “Indiana Jones.”

“I always thought, I want exotic adventures,” Ward said. “I had a lot of family and teacher support throughout schooling, no one ever told me, ‘No you can’t do that.’”

In college, Ward’s mother moved to Florida to be closer to her — and got to experience her first time in the ocean together.

“My mom and I were feeling stingy and itchy, we got out of the water and I had welts all over me. I heard other people say there were jellyfish that time of the year,” Ward said. “That was my first time in the ocean.”

Ward has tracked thousands of hours off-shore and more than 2,000 lifetime dives since pursuing her dream.

“It sounds glamorous, but 90% of those have been in crappy conditions. Cold, rough seas and zero visibility,” she said. “People have these fallacies that it is all scuba diving on coral reefs, but what we’re doing is looking for impact.”

Sometimes, divers are in no-visibility zones surrounded by dark, muddy waters, fighting currents and getting stung by living creatures under the water.

“I’ll have my nose to the ground, looking at very small things at the bottom of the reef and it’s very frustrating, I would say,” she said. “There’s the good and the bad.”

During the COVID-19 pandemic, Ward has done more work at home, although she admits she’s going “a little stir crazy.”

“We are used to working remotely and everyone hit the ground running. Biggest challenge for me is not having a good internet connection,” Ward said.

Ward said more companies having employees work from home shows a need for change in the way people should be working.

“The world would benefit if we practice what we’ve been forced to do,” she said. “Traffic is bad for the environment, you can be more productive on days you don’t have to spend time driving.”

Leaving the Bluffs and exploring her career, Ward has learned not to get complacent or too comfortable.

“My biggest recommendation in life is to leave your comfort zone, I don’t regret living overseas,” she said. “Travel not only to learn about other cultures, but to break down bigotry and prejudices. I strongly recommend that to young people.

A year ago today, in pictures: Drivers swim to safety in D.C. flood and more moments you may remember

A year ago today, in pictures: US women on top of the world and more moments you may remember

Also on this day in 2019 revellers from around the world flocked to Pamplona to take part in the eight days of the running of the bulls. See more top news photos as selected by the Associated Press.

A year ago today, in pictures: Intense downpours wreak havoc in Spain and more moments you may remember

Also on this day in 2019 revellers from around the world flocked to Pamplona every year to take part in the eight days of the running of the bulls and watch the bullfights. See more top news photos as selected by the Associated Press.

Jessica Ward on a Florida beach.