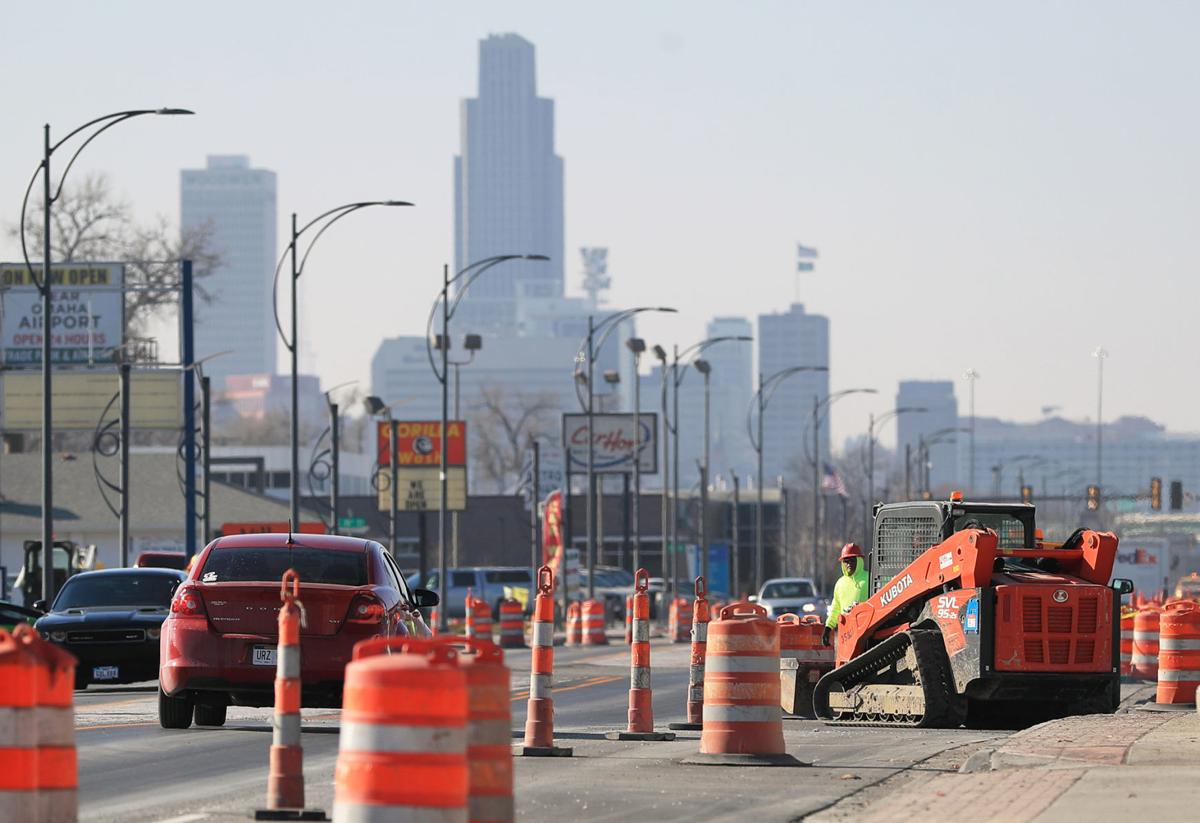 Above and below, West Broadway construction continues near 27th Street on Tuesday. 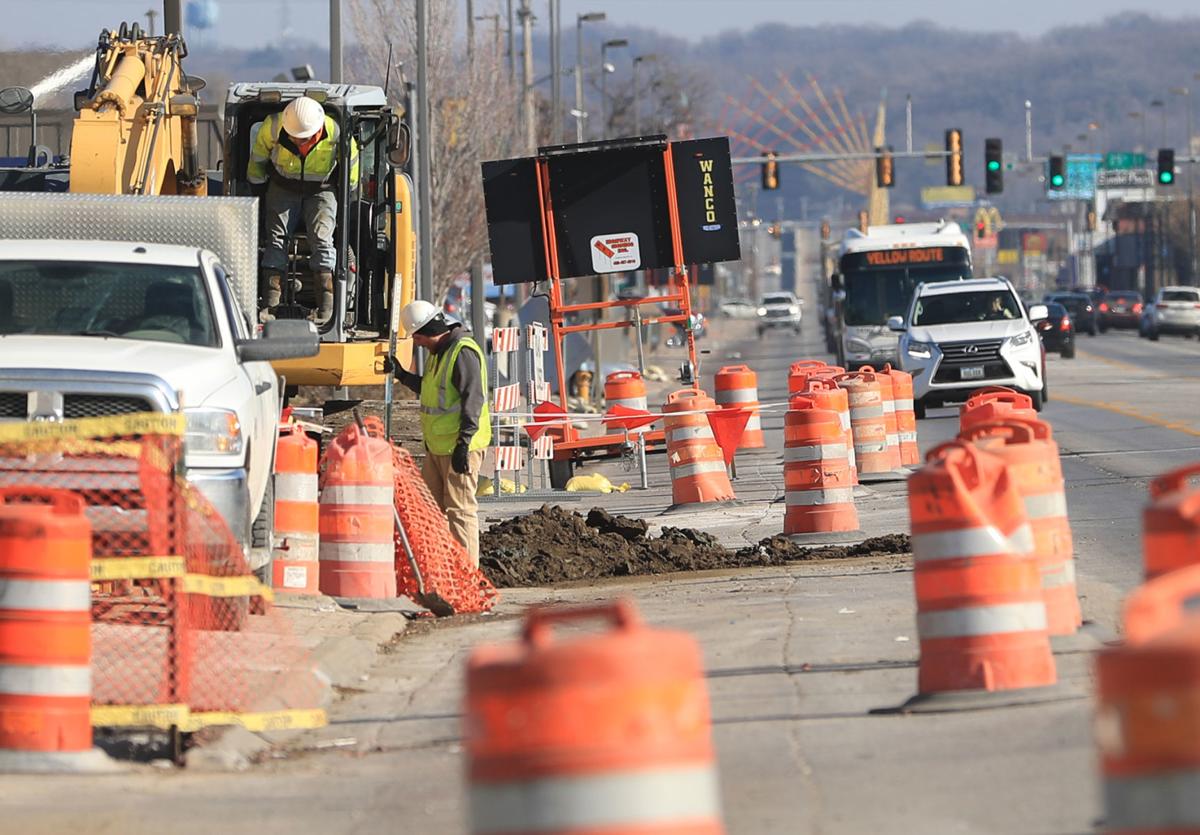 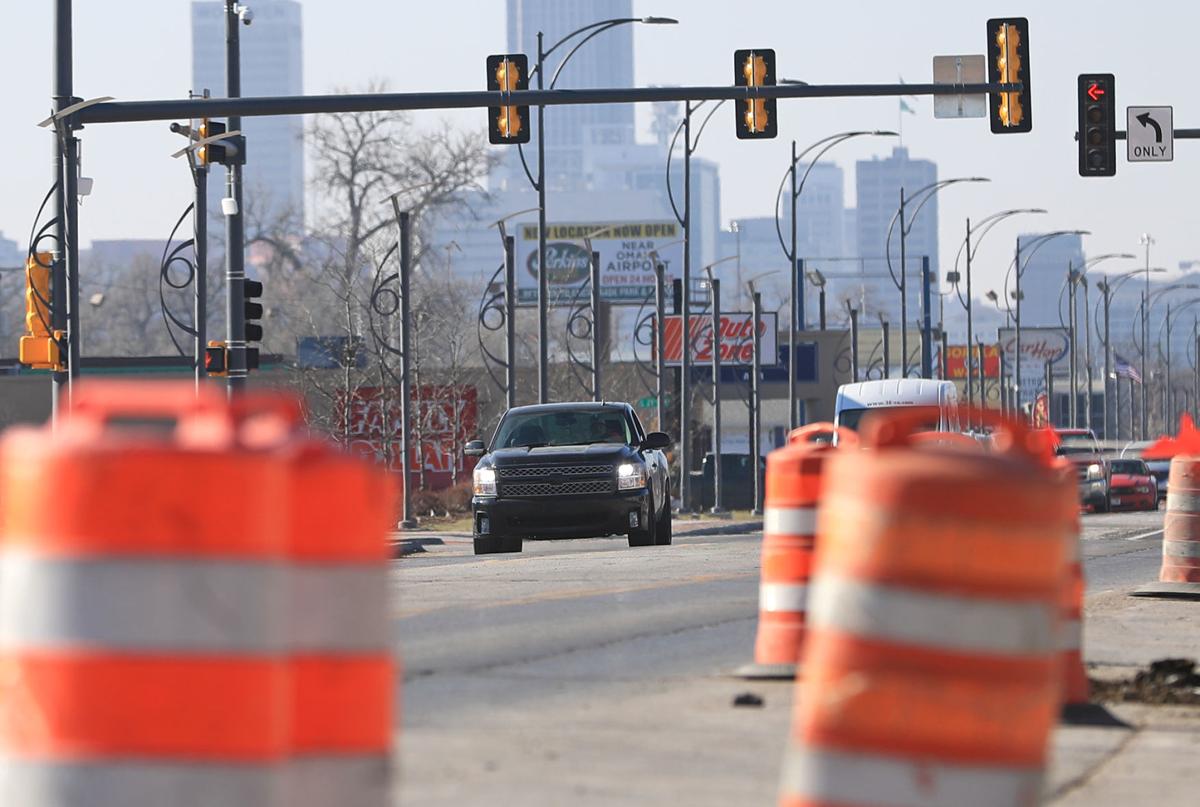 The debate continues regarding raised medians on West Broadway in Council Bluffs ahead of a City Council vote on the matter.

The council will discuss placing medians back into the reconstruction plan for the final three phases of the five-phase project at its Monday, Nov. 26 evening meeting, which starts at 7 p.m. in the Council Chambers at City Hall, 209 Pearl St. Phases one and two are complete.

Council Bluffs attorney Deborah Petersen sent a letter to the council on Monday, Nov. 19, noting that if the medians are put into the plan, which would affect 26th and West Broadway, the developers of a Starbucks at that location would not move forward with construction.

Petersen represents Council Bluffs X LLC. On Tuesday, Nathan Heinrich with the company, and a nationwide developer through Illinois-based HGR Investments, said the project moved forward thanks in part to the lack of medians.

Council Bluffs X LLC invested more than half a million dollars to conduct due diligence on then acquire the property at 26th and West Broadway.

As developer, Council Bluffs X would own the property and building, with Starbucks leasing the building and operating the business.

“For this site in particular, it’s not the medians themselves, it’s cutting off access to a street. Starbucks and I as the developer don’t mind medians. But if medians cross 26th Street, where we couldn’t then make a left hand turn to get onto 26th and then enter the space, that’d be a problem. That would cut half their customer base from being able to turn in. That’s a deterrent they believe will reduce the volume that they do.”

“In my research, medians don’t seem to be a problem for Starbucks,” White said. “Starbucks has all sorts of locations.”

Heinrich said, “Every spot is not created equal,” noting Starbucks conducts traffic studies and other aspects of due diligence before moving forward on a project.

“In this site in particular, full access to 26th Street was very important,” he said.

Heinrich said he was caught off guard when the issue came back up. He said he was not aware of the possibility of medians returning to the West Broadway project until Petersen alerted him.

“I’ve been working with the city for a long time, since we started working on this project a year and a half ago. And we’ve recently been working with city engineers and the engineers designing Broadway, coordinating construction,” he said, noting the possibility of medians returning had not been brought up.

“I was floored. I couldn’t believe it,” he said of the topic finding its way back to the City Council. “We develop all across the country. I’ve never run into a circumstance where you have a reconstruction of a roadway plan, and once it’s in place and portions are completed that they talk about changing it.”

Heinrich said he wasn’t contacted by the city about the matter.

White pointed to multiple studies regarding the safety and economic impact of medians, saying the structures increased both. Looking at one such study, a 2013 report by the Utah Department of Transportation’s research division examined corridors undergoing construction, comparing corridors putting in medians to those with no medians in the plan.

“Data showed that there was an increase in corridor-area retail sales and sales per square foot in each of the study corridors,” the report states.

The report said sales per square foot of business increased anywhere from 5 to 100 percent. The analysis showed, “no evidence of negative impact on corridor retail sales due to the installation of a raised median.”

White said the Starbucks would be a popular spot for students at Thomas Jefferson High School, making medians even more of a necessity.

“Knowing they want to go across from the high school heightens my concern. They’re going to be crossing the road for the Starbucks,” she said, noting her belief the medians would deter such behavior. “We need to have the medians there for safety elements for students.”

Council set to vote on zoning change near Midlands Humane Society, to chagrin of area residents

The Iowa West Foundation board will soon discuss the possibility of medians returning to the West Broadway Reconstruction Plan at its next meeting.

The Council Bluffs City Council will reconsider medians as part of the West Broadway Reconstruction Project.

Marathon Monday: Medians brought back into the fold at lengthy City Council meeting

To watch the meeting, click here. The council will hold its study session at 3:45 p.m., with the meeting set to begin at 7 p.m.

Above and below, West Broadway construction continues near 27th Street on Tuesday.