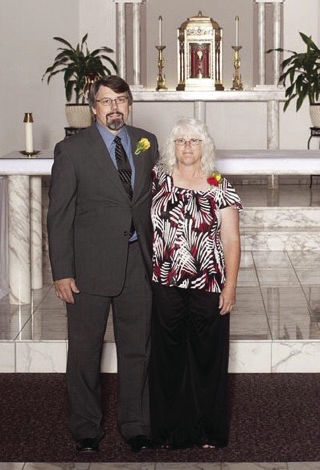 Mike and Jerolyn Weese of Council Bluffs died in July 2017 in a crash on U.S. Highway 26 in Keith County, near Ogallala, in western Nebraska. 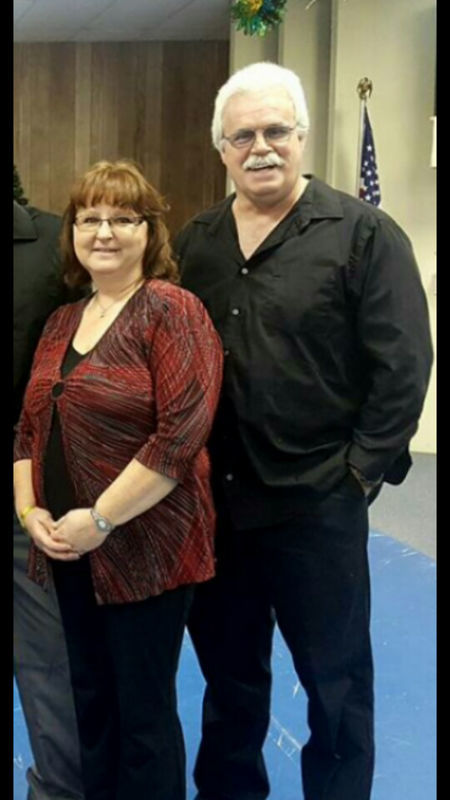 Sheila and James Matheny of Bedford.

OGALLALA, Neb. — A 24-year-old Kansas man was sentenced to four years probation on Friday morning in connection with a 2017 vehicle-motorcycle crash that killed four Iowa residents.

Jeser I. Cisneros-Hernandez was also ordered to serve 400 hours of community service as part of the sentence handed down by Judge Michael Piccolo in Keith County (Nebraska) District Court.

Cisnernos-Hernandez had been scheduled to be sentenced on April 3, but the case was continued to Friday. Cisneros-Hernandez was out on bail at the time and living in Kansas. Travel restrictions due to the coronavirus were noted in the motion to continue the case at the time.

Cisneros-Hernandez pleaded no contest on Feb. 4 to one amended felony charge of motor vehicle homicide that covers all four victims.

The plea agreement came the day his trial was to have begun. He initially was charged with four counts of motor vehicle homicide, and three counts were dropped in the plea agreement.

Cisneros-Hernandez could have been sentenced to up to three years in prison under the felony guidelines with a post-release supervision term of 18 months. A fine of up to $10,000 could have been imposed as well.

The trial had been continued five times before the plea agreement, the last coming on a December 5, 2019 motion. Hernandez’s trial was initially set for July 2018 but subsequently was continued to dates in April, August, October and December of 2019.

According to court documents, the 2002 Ford Escape he was driving on July 1, 2017, crossed the center line on U.S. Highway 26, near mile marker 136 just outside Ogallala, and struck a pair of motorcycles.

Four people died: Sheila Matheny, 54, and James Matheny, 61, both of Bedford; and Mike Weese, 58, and Jerolyn Weese, 59, both of Council Bluffs.

Cisneros-Hernandez told investigators he was traveling on about an hour of sleep after his work shift in Sidney, Montana, and was heading home to Liberal, Kansas.

Ben Weese, Mike and Jerolyn Weese’s son, told the Nonpareil in July of 2017 his parents had been on their way to the Denver area to visit family and the four had recently bought the motorcycles.

They had long-planned on the Colorado trip.

“The families are close. We’re all very close,” Ben said.

Jerolyn was a paraeducator assisting in classrooms at Thomas Jefferson High School since 2000. Ben said both she and Mike were lovers of the outdoors. Jerolyn’s cooking prowess was legendary.

“Greatest cookies in the world. Everyone will tell you she was one of the best cooks you’ll ever meet. Everyone loved her,” Ben said.

Jerolyn was a mother to the whole neighborhood. If you met her, you loved her, Ben said.

“The Thomas Jefferson High School community and school district are deeply saddened by the loss of Jerolyn and her husband, Mike,” Principal Todd Barnett said in a statement provided to the Nonpareil through a spokesperson.

“Our thoughts and prayers go out to the Weese and Matheny families at this tragic time,” Barnett continued. “Jerolyn has been an integral part of the Thomas Jefferson faculty and will be missed by the many students and staff with whom she worked throughout the past 17 years.”

Mike was a senior member of the accounts payable staff at Kiewit Corp., and was a part of the company for 33 years. Camping, fishing, hunting — that’s what Mike loved to do, Ben said.

“The Kiewit family is shocked and saddened by the tragic loss of Mike and Jerolyn Weese. Mike was a valued 33-year employee,” said Tom Janssen, a company spokesman. “Our thoughts and prayers are with the Weese and Matheny families during this very difficult time.”

“He was a hard man to get to know. But once you knew him he was always there for you,” Ben said of his father. “He was a very smart man.”

He described his parents as community pillars, both participating in a local neighborhood watch program. Jerolyn went beyond the call of duty while caring for kids at T.J., helping children who were in the toughest of situations at every turn.

Mike donated blood whenever he could, earning numerous awards in recognition of his charity. Both also supported the Autism Society of Iowa, Ben said, whose brother is autistic.

Mike would have gone anywhere with or for Jerolyn, the definition of inseparable.

“Even later on in the years, you could still see they were truly in love. My dad’s eyes never lit up more than when he was around my mom,” Ben said.

DES MOINES — Gov. Kim Reynolds made good Wednesday on a promise by signing an executive order that automatically restores many felon voting rights.

A minor was injured in a Glenwood shooting Thursday.

FORT DODGE (AP) — A Fort Dodge woman who was reported to be acting erratically while wielding knives has been shot and killed by police, Iowa …

Mother of Iowa student who died in freezing temps sues

IOWA CITY, Iowa (AP) — The mother of an 18-year-old University of Iowa student who froze to death in January 2019 is suing the school for negligence.

Mike and Jerolyn Weese of Council Bluffs died in July 2017 in a crash on U.S. Highway 26 in Keith County, near Ogallala, in western Nebraska.

Sheila and James Matheny of Bedford.