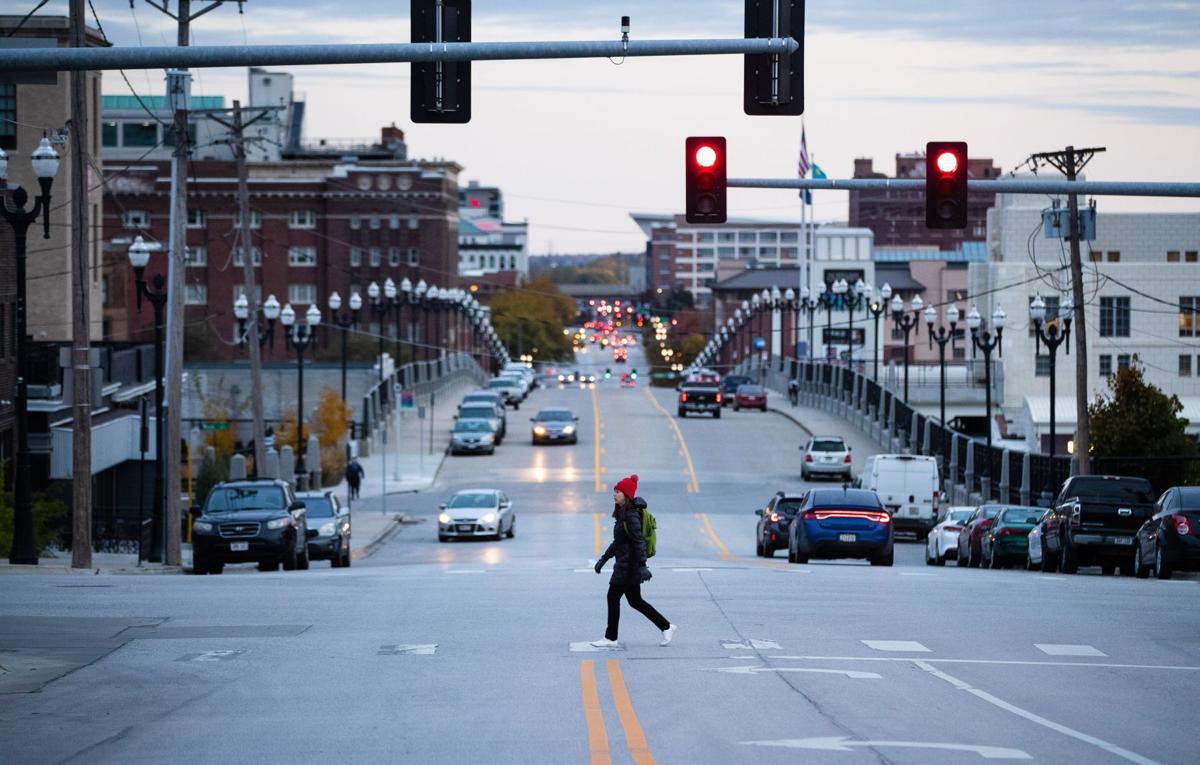 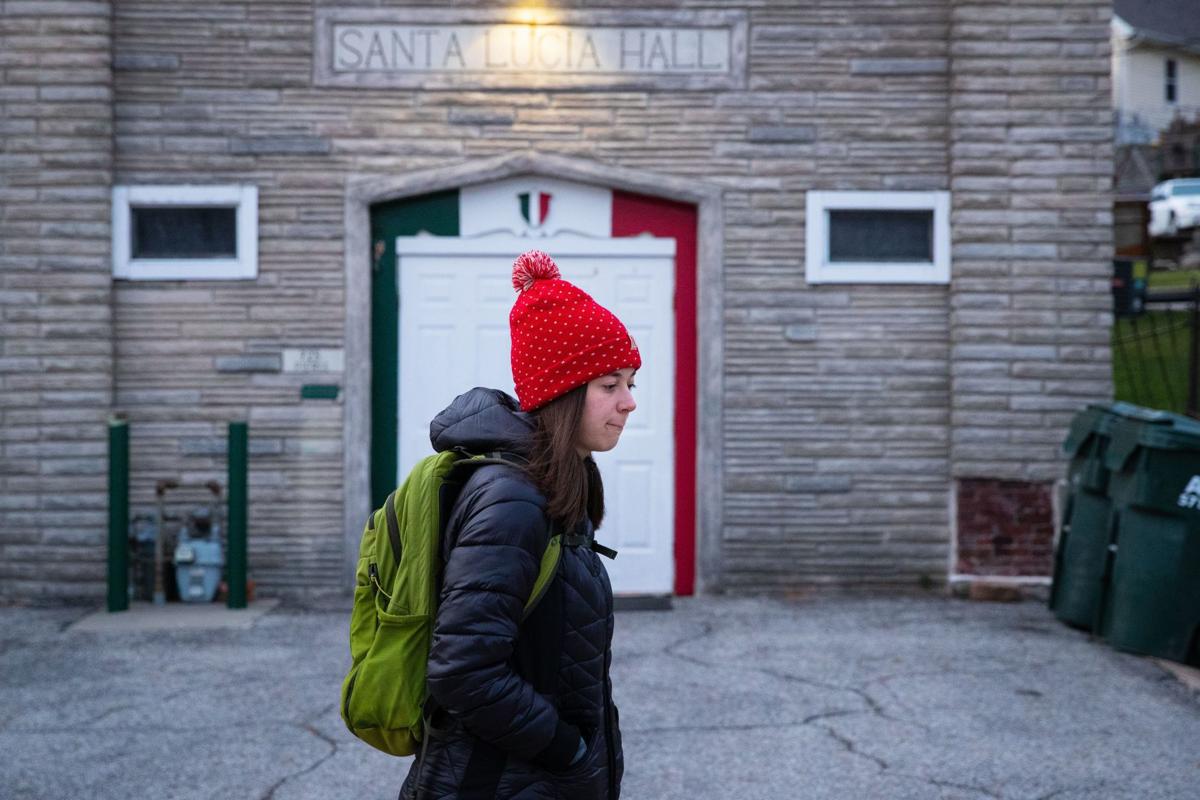 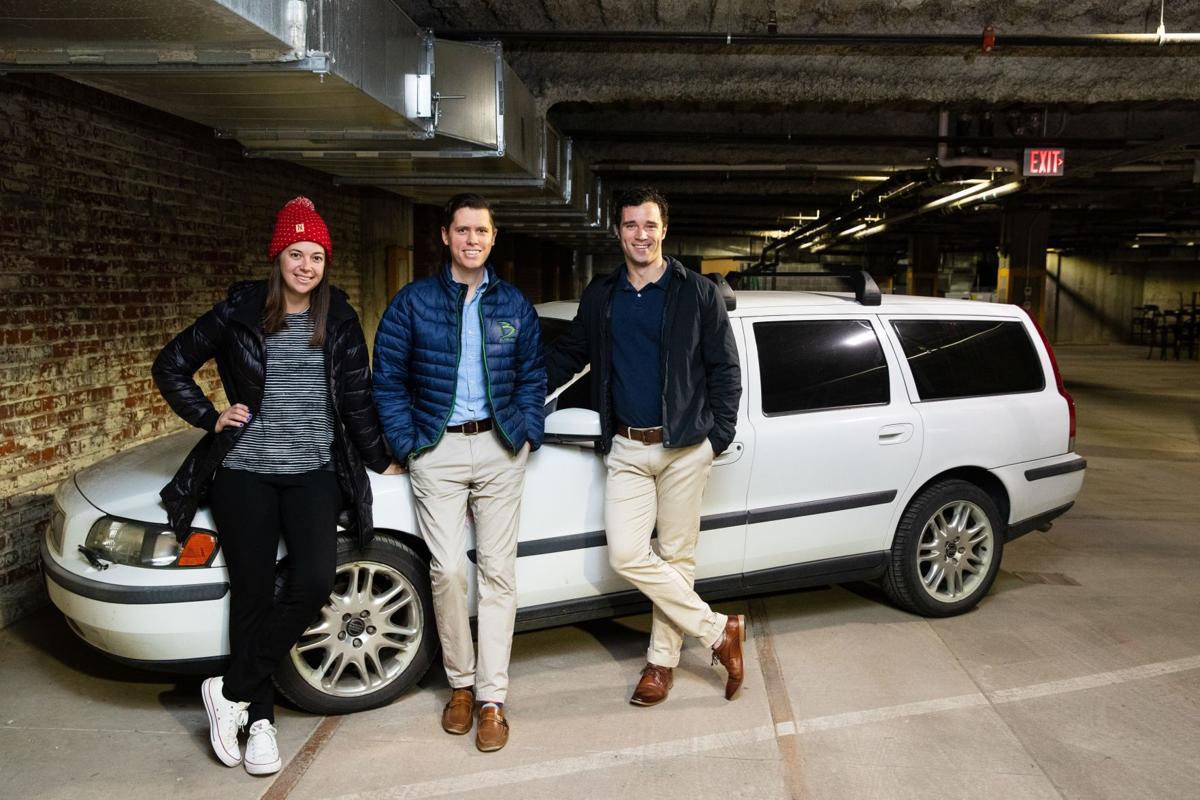 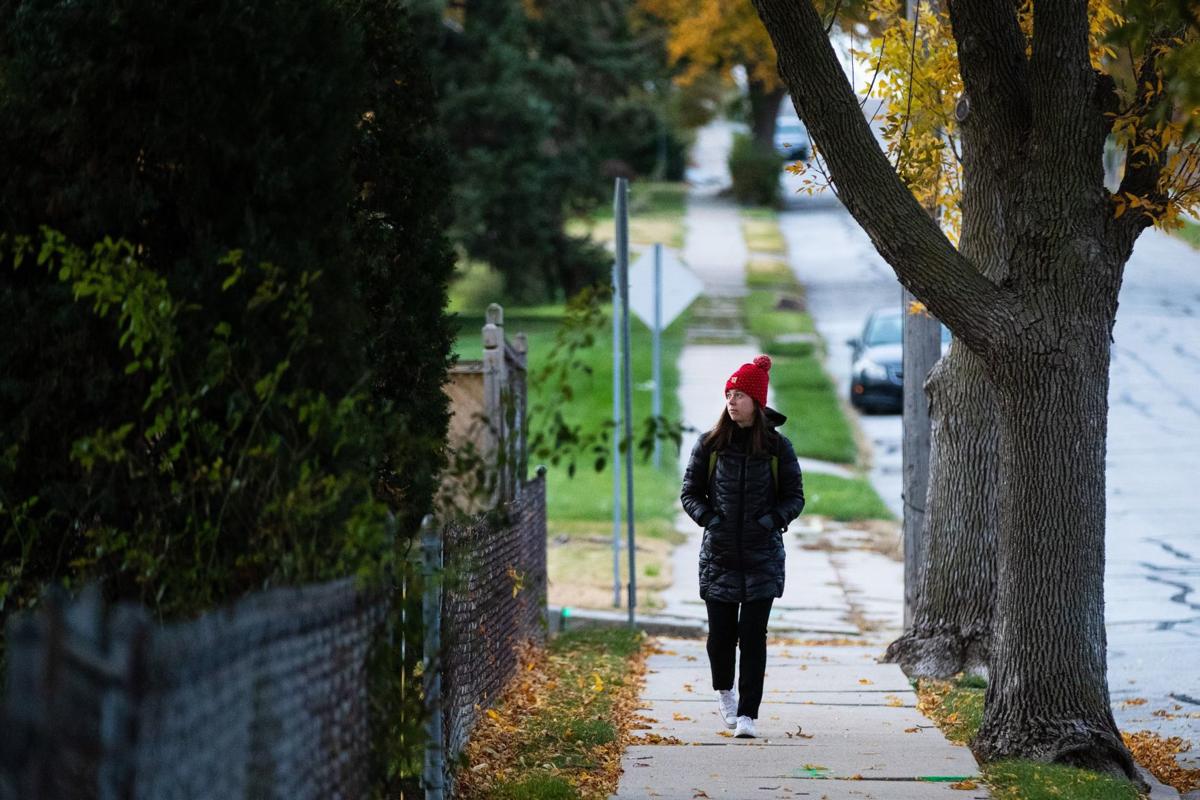 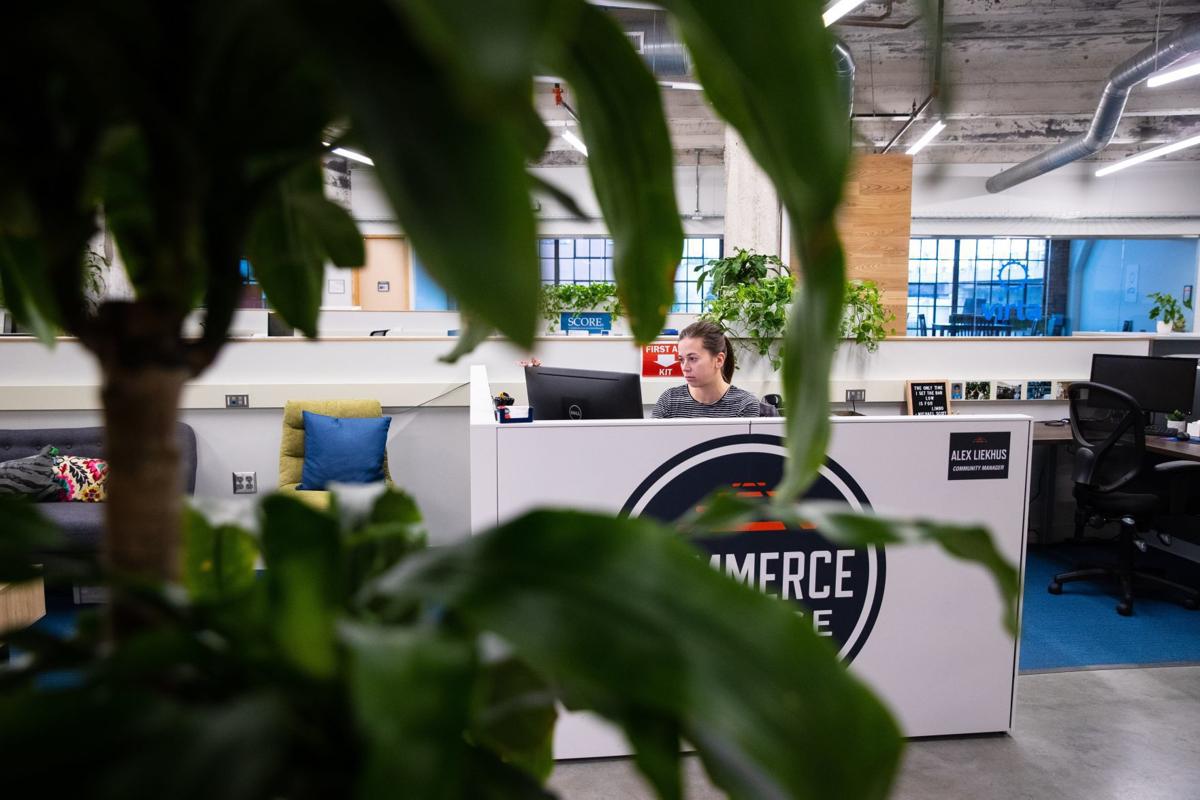 OMAHA — In this new arrangement, Alex Liekhus will keep her car, even though she rarely uses it.

Will Greene and Jake Griggs will sell their cars because they, too, just don’t drive that much.

Together, the three co-workers and friends are going in on an experiment — what they’re calling a car co-op. It won’t require them to drive any less; they already have geared their lifestyles away from needing a car.

“We really don’t need to be, all three of us, having our own car,” Greene said.

The three young professionals’ lifestyles run counter to Omaha’s car culture and reflect something of a shift in generational attitudes about driving. Omaha is showing signs that a segment of the population is taking steps away from the car — with others ready to make that move.

The World-Herald talked with some of this car-optional group of Omahans. They walk places, share a ride with a friend to work, ride bikes and scooters, bus more and simply move around the city in an entirely different way from Omaha’s traditional pattern.

Young Omahans aren’t exactly ditching the car in droves, despite the popular myth that millennials are killing car ownership with all their Ubering.

But the interest in a lifestyle that’s not so car-bound is strong enough that it’s shaping Omaha’s public discussion about transportation. Improving mass transit, building bike lanes, even ramping up urban redevelopment where a car isn’t so necessary — they’re all on Omaha’s horizon because local officials see a market for those changes.

Stephen Osberg, director of transportation development for the Greater Omaha Chamber of Commerce, said he sees a spectrum of interests for how people want to get around, from the vast majority using a car to others wanting to vary their modes of transportation.

Osberg said the Omaha metro area needs to support people’s different interests if it wants to succeed as a region.

“Even if the automobile remains dominant, we still need to be offering options,” he said.

Liekhus, 28, said that for safety reasons, she never has been a fan of driving, and she wasn’t eager to get a driver’s license as a teen. As a young professional, she has positioned her lifestyle so daily use of a car isn’t necessary.

She works as the community manager at the Commerce Village coworking offices just south of the Old Market. She lives blocks away in the Dahlman neighborhood, allowing her to walk to work and back home.

“I tell everybody it’s my favorite part of my day,” Liekhus said.

Climate change also is on her mind. Liekhus said her transportation choices are important for reducing her carbon footprint.

She has owned her Volvo V70 — what she calls a practical, relatively fuel-efficient car — for three years. But she said she might drive it only twice a month, typically to get groceries.

She appreciates the financial benefits of driving less and says, “I’d never dream of having a car loan.”

Liekhus works with Greene and Griggs at Commerce Village. Her two partners in the car co-op are employed by Bluestem Energy Solutions, which has offices there.

Greene, 29, lives in Hanscom Park, near 42nd and Center Streets. Though he still owns his Smart car — and has it up for sale — he takes a Metro bus to work and often walks the approximately 40 minutes home.

Griggs, also 29, lives off the 13th Street corridor and walks to work, finding that he can listen to a 12-minute TED talk on the way. He’s still making payments on his Nissan Pathfinder but is trying to sell it.

When he had a $200 car repair bill, Griggs said a switch came on in his mind.

The car-sharing idea started almost as a joke, Greene said, but has gotten serious. The three will have a written contract that spells out car use, responsibilities and shared costs.

Griggs said he expects that he’ll own a car again in his future. But for now, he said he’s more interested in things like the financial savings, health benefits and the appreciation he has gained about Omaha by interacting with it outside a car.

“It’s crazy where it all started and now where it’s at,” he said.

Dana Troia, 40, refuses to buy a car after living a car-free lifestyle in New York City. She grew up in west Omaha but now lives in the Old Market and works in midtown at Mutual of Omaha.

She often used to take an Uber to work, but now has a friend who drives her. She says she’s not a scooter rider, but she’s looking forward to the ORBT bus rapid transit line.

The idea of owning a car? “There’s just no point,” she said. “That and I like having more money than I used to.”

Ryan Wishart and his wife dropped down a car last year when he faced major car repairs.

In 2014, they moved to Omaha from Eugene, Oregon, a city that Wishart described as much better for multimodal transportation.

Wishart is an assistant professor of sociology at Creighton University. He chose to bike or occasionally bus to campus, saving the cost of a second car and taking a step to reduce his ecological footprint.

As a sociologist, Wishart said he sees that young people increasingly want to live in places where they don’t have to depend on a car.

Wishart said he likes the idea of going carless. But he said that would present some difficulty in getting groceries, shopping at Costco or going for medical care, trips that sometimes are out west or where Omaha’s public transit would make it an all-day excursion.

For much of Omaha, the question might be, “Could your household do with one less car?” asked Daniel Lawse, chief century thinker for the sustainability consultant Verdis Group.

Lawse and his wife, Andrea, have one car, a Toyota Prius wagon, for their family of five living in the Gifford Park neighborhood near 33rd and California Streets.

A board member for Metro transit, Lawse sees walking as his primary mode of getting around, including walking kids to school. After that, he’ll take a bus or an electric Heartland B-cycle, maybe hop on a scooter, catch a ride with a colleague or friend and then finally fall back on an Uber or Lyft.

The car is something of a distant connection. He said he last filled his car with gas about a month ago.

Last week at the chamber’s Young Professionals Council State of Our City event, Lawse gave a talk on how far Omaha has come on transit and what more is possible. The week before that, he gave a presentation at a parking conference that challenged the popular notion that “everybody in Omaha drives.”

Lawse said he has witnessed the growing interest in alternative modes of transportation and thinks it will continue.

“I don’t see it slowing down,” he said. “Obviously, people will always drive in Omaha. The car will play a significant role in our transportation infrastructure.”

The Omaha chamber found a sizable potential for change when it surveyed people about transportation as part of its new ConnectGO initiative.

A survey of 383 people, most of whom were age 40 and under, found that 81% of respondents typically drive alone for their commute, while only 5% use public transit. If given the choice, 45% of respondents said they would use transit, while just 23% would drive alone.

Omaha’s next big test of the community’s interest will come next year with the start of Metro’s ORBT rapid bus line, which will run between Westroads and downtown.

Jason Rose, Metro’s outreach coordinator, said the public conversation locally around transit has changed dramatically in recent years. He sees a lot of support for the issue among young professionals.

Rose, 30, is in a single-vehicle household himself, with his wife, Molly, using the minivan. They have two kids with another on the way. Rose buses to work from South Omaha or sometimes runs or bikes to work.

Part of the ORBT’s goal, he said, is presenting a noticeably different, more prominent face to public transit, hopefully bringing it to the forefront of people’s minds.

“When you invest, when you see institutions invest in these programs … people are using them,” he said. “There’s an interest.”

A group of residents fighting the removal of Baughn Street, have filed a lawsuit in an effort to keep the street open.

Downtown Omaha's iconic 3,000-foot pedestrian bridge will get a little bit longer with an expansion meant to increase access between North Downtown and the riverfront.

Council Bluffs high schools have been hit by an outbreak of senioritis — but the cure is on its way.

SCOTTSBLUFF, Neb. — Cheyenne County, Nebraska, authorities are awaiting results of accident reconstruction in a crash that killed a Sidney, Ne…

Kevin Hanna, who is graduating from UNMC, says he tries to live his life to honor Boy Scouts who died 13 years ago at the Little Sioux Scout Ranch.

Omaha Public Schools has announced it will join other metro school districts in not offering remote learning next school year.

The Midwest was hit harder than any other part of the country during the polio epidemics of the 1940s and '50s. Now the generation that fought polio in their youth is up against COVID-19 as senior citizens.

Council Bluffs high schools have been hit by an outbreak of senioritis — but the cure is on its way. 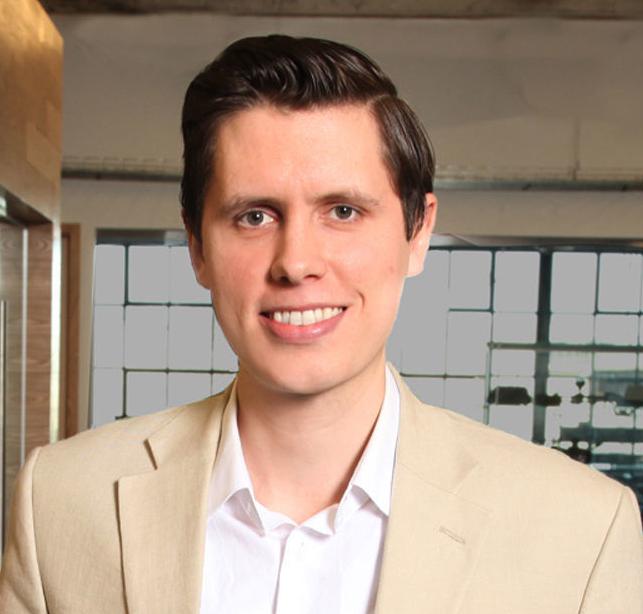 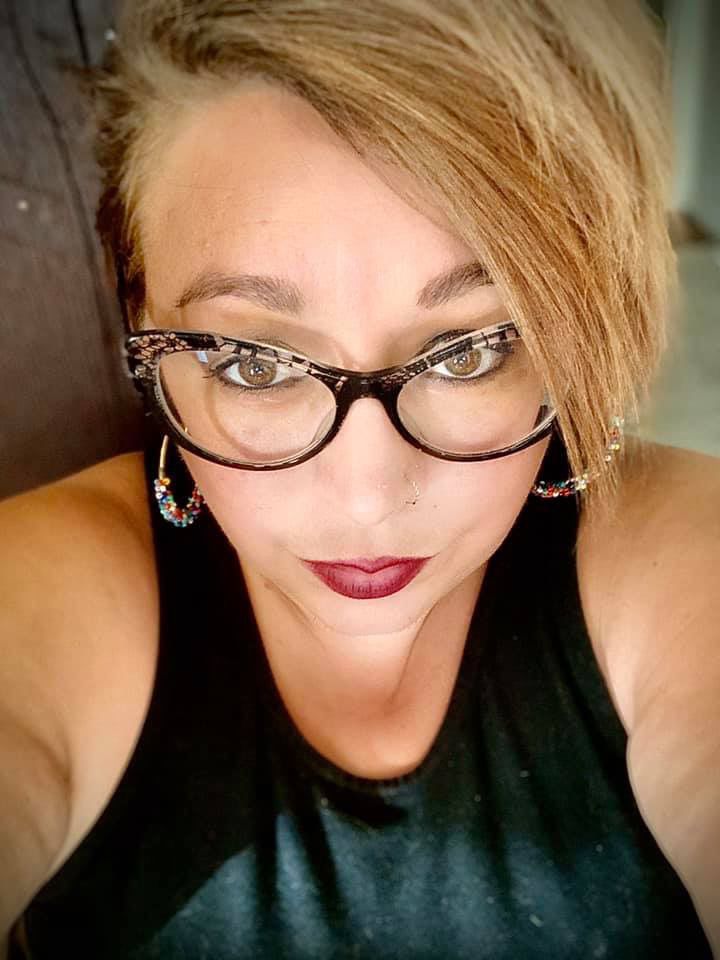 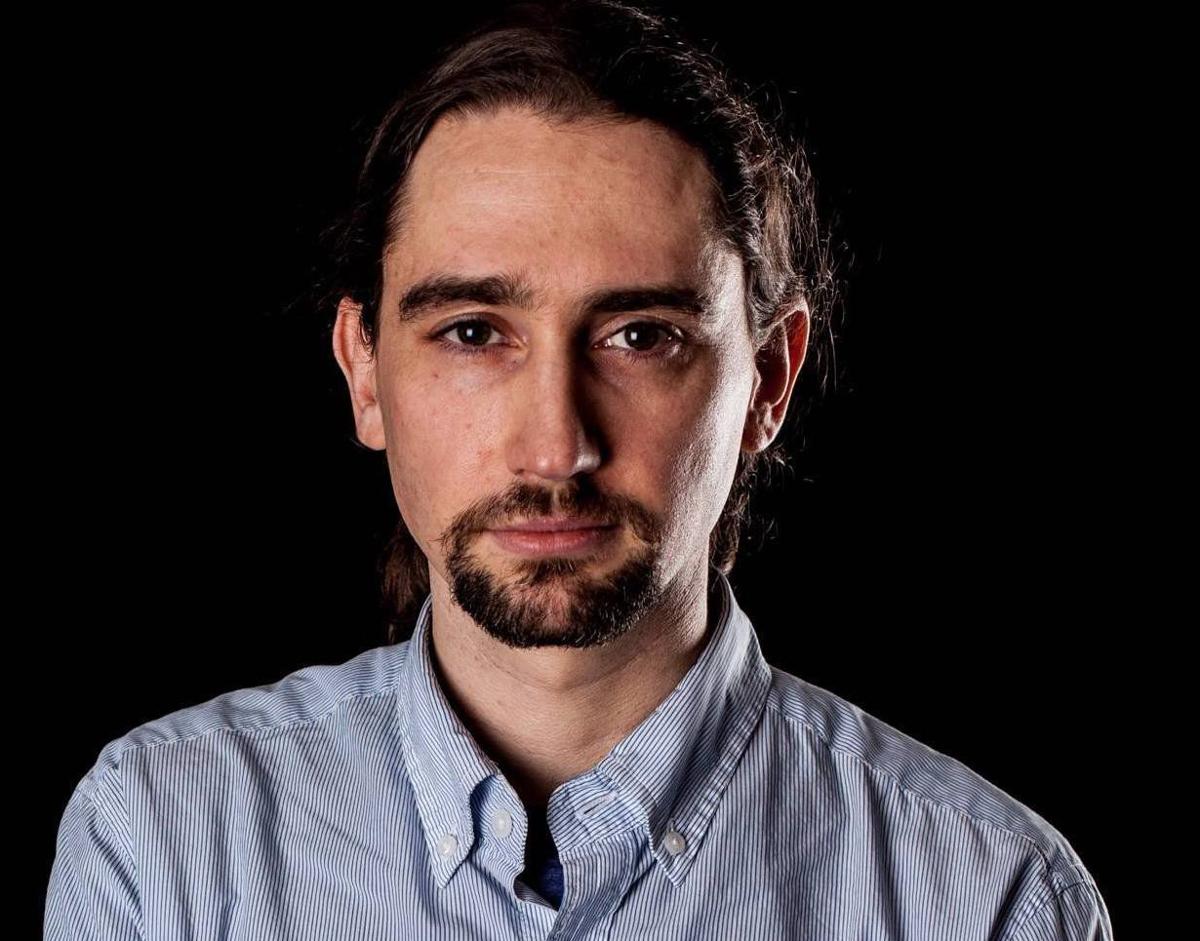 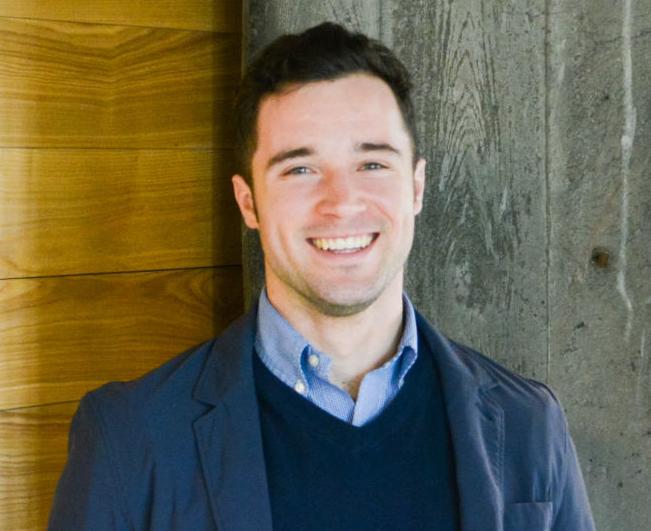 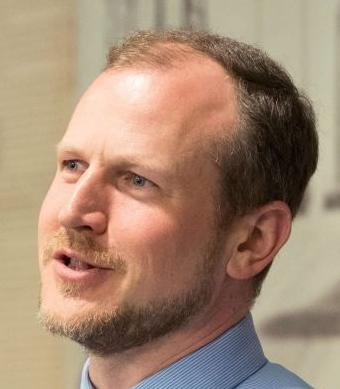