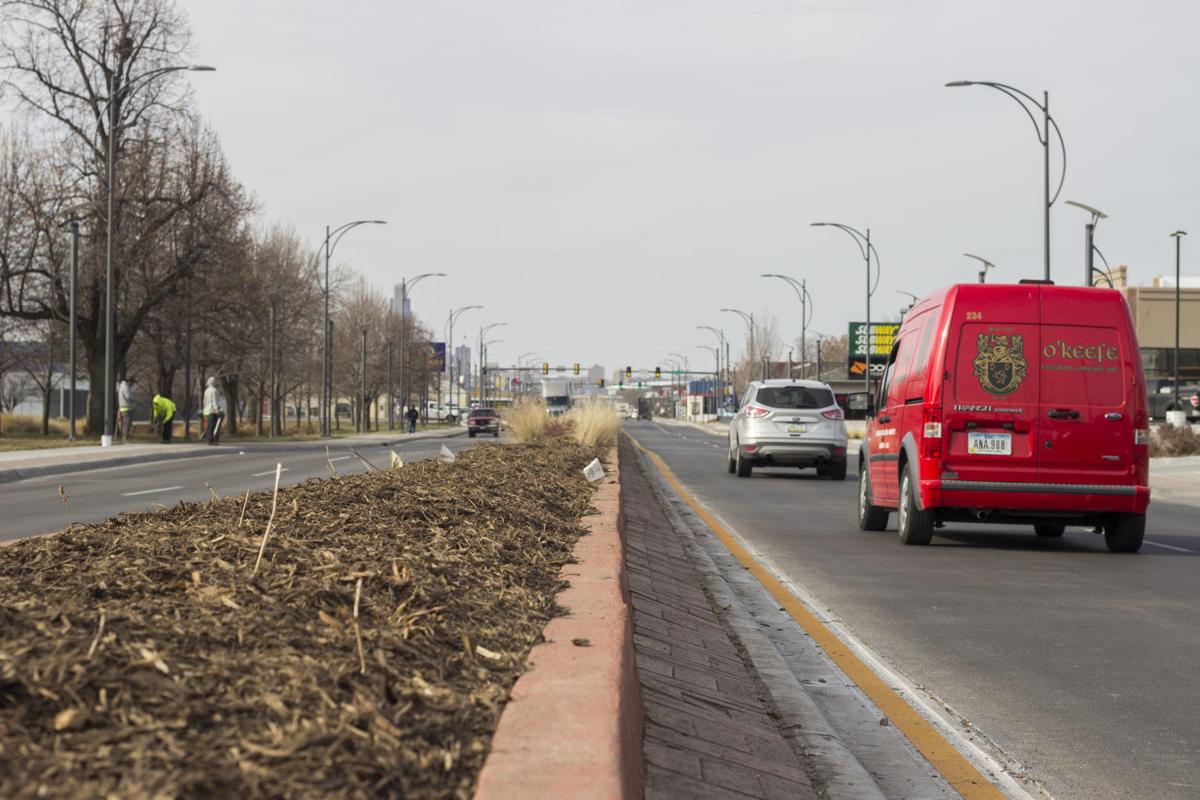 Pedestrian and vehicle traffic passes by the medians in front of Thomas Jefferson High School on West Broadway and 25th Street. 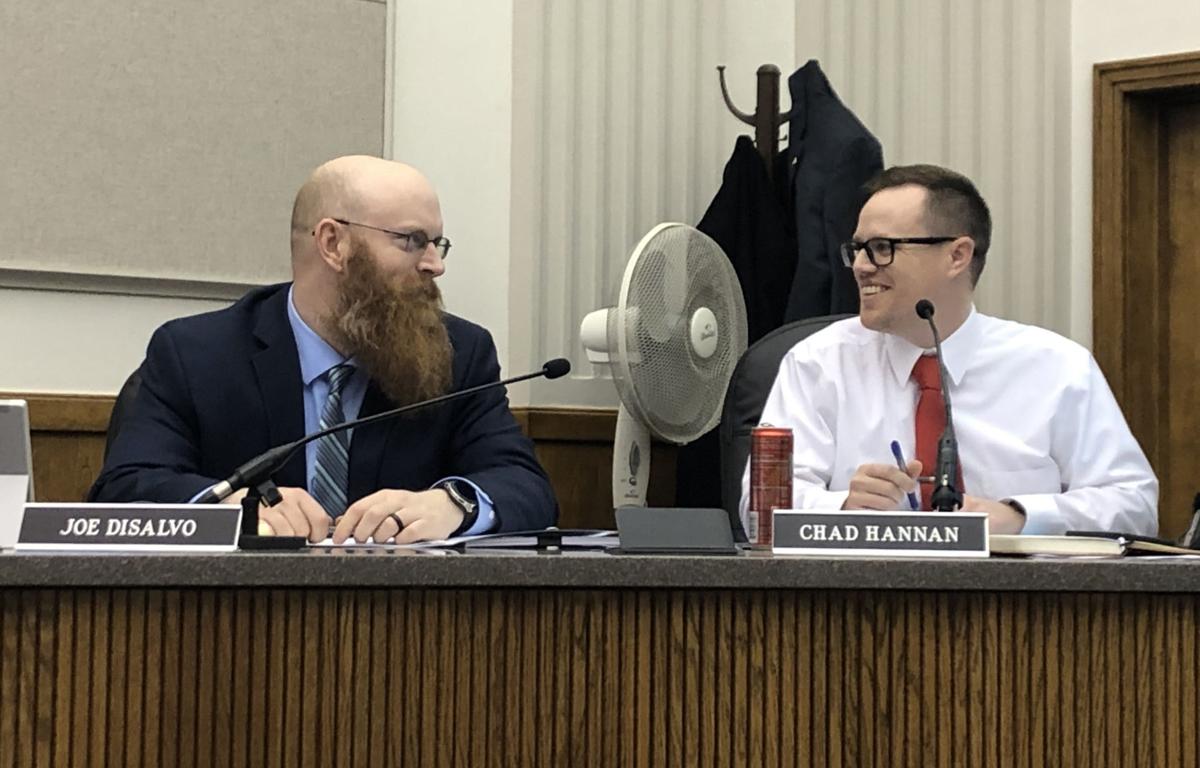 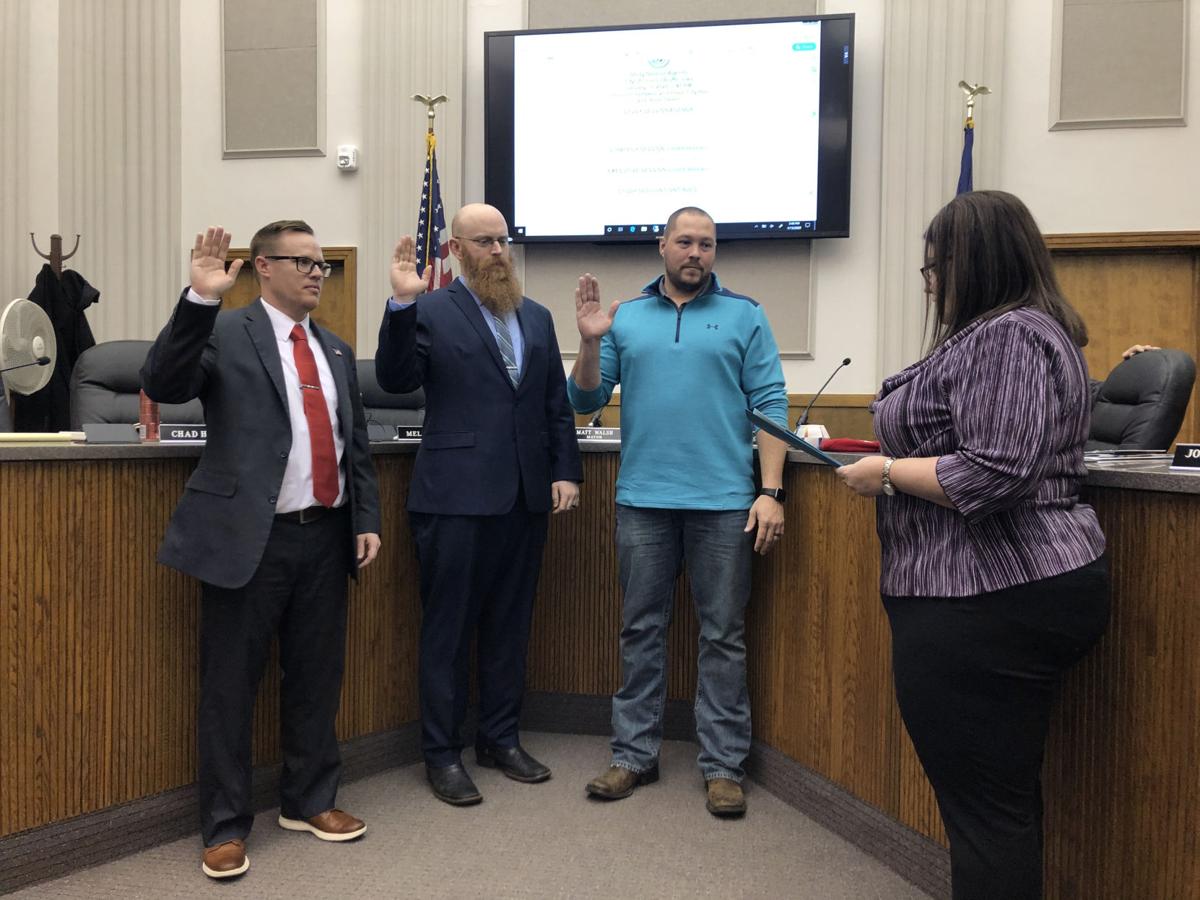 After more than three years, a saga that ensnared the Council Bluffs City Council, city officials and citizenry at-large is drawing to a close.

The City Council voted 4-1 Monday night to remove medians from phases three through five of the West Broadway reconstruction plan.

“I’m excited,” said Sandau, who has been against the medians in previous votes.

The vote removes a portion of median between 24th and 25th Streets that was included in phase three plans but would’ve been completed this spring with phase four work. And it removes planned medians in phase five, the final phase of work that stops at 16th Street.

There were no medians planned in phase four. That phase, stretching from 19th Street to 24th Streets, will begin in the coming months. Phase five will be done in 2021.

Reconstruction of West Broadway in phase four will include the replacement of pavement, traffic signals, street lights, sidewalks and storm sewers with drainage improvements as a major objective, according to the city.

The West Broadway project also includes streetscape amenities, of which the medians were included, and also features decorative pedestrian lights, brick paver bands behind the curbs and at intersections, ornamental fencing, ornamental arms for street lights, concrete pavers in crosswalks, decorative paving in the center turn lane and at key intersections, neighborhood masonry columns and trees.

At Monday’s council meeting, council members Roger Sandau, Melissa Head, Chad Hannan and Joe Disalvo voted in favor of a resolution to remove unconstructed medians from the West Broadway master plan, while Wolf voted against the measure. The existing median in front of Thomas Jefferson High School will remain there.

Wolf said his support for the medians is largely based on the safety that the structures provide.

“I do hope the council can move on from here,” he said before the vote, adding after the meeting, “I’m ready to move on. I think there are a lot more things this council can do to move the city forward that doesn’t include debating whether we should have a median in the middle (of West Broadway).”

On that point, the council was in full agreement.

“I’m looking forward to putting this behind us as a city, as a council, this was divisive enough the way it was,” Hannan said. “I’m just ready to move on.”

During the meeting, Minnie Bryson-Walsh of Council Bluffs spoke in favor of medians, saying consumers will find a way to get to a business even if impeded by a median and that the beautification aspects would’ve improved the West Broadway corridor.

“If you really want to patronize someone, aren’t you going to find a way to get there? If not, isn’t that more of a reflection on the business, not the medians?” she said.

Hannan and Sandau argued that while for some businesses consumers will make their way around to get to a destination, many on the road are impulse-driven. Sandau noted that the median in phase three would’ve been in front of China Wok and Krispy Kreme -- while there wouldn’t be a median in front of Hy-Vee.

Temur Samiev, a business analyst with Mega Saver at 35th and West Broadway, spoke at the meeting in favor of the resolution removing medians.

Monday’s shift is the final move in a back-and-forth drama over the structures that started in October 2016. Hannan and Disalvo won their seats in the 2019 city election, replacing Sharon White and Nate Watson, who favored medians.

Advocates against medians included business owners on West Broadway, who argued blocked left-hand turns would hurt revenue. Among the more prominent opponents was Jeff Ballenger, owner of area Gorilla Wash stations. At a December meeting about phase four, Jeff Bremer Jr., owner and manager of the Taco John’s at 2300 W. Broadway, praised the West Broadway project but said he was happy medians weren’t in the plan for work in front of his restaurant, which he said is already seeing a dip in business because of construction, with more expected when phase four work begins.

The developer of the Starbucks on West Broadway at 2500 West Broadway had fought medians, but ended up setting up shop despite the structures being placed in front of the business location.

One example, a 2013 report by the Utah Department of Transportation’s research division, examined corridors undergoing construction, comparing corridors putting in medians to those with no medians in the plan.

The report said sales per square foot of business increased anywhere from 5% to 100%. The analysis showed, “no evidence of negative impact on corridor retail sales due to the installation of a raised median.”

The protracted battle over medians led to a number of hours-long council meetings, along with a pair of heated city elections, along with a cesspool of social media comments and more.

Here’s a look back at “Medians: The Finally-Ending Story”:

In October 2016, the council approved a plan that would have seen 20% of West Broadway with median coverage. Earlier proposals called for up to 80% median coverage, with negotiations lowering that to 20%.

Sandau was the lone vote against the plan in 2016.

The aftermath of that vote saw a number of businesses voicing concerns about the medians, saying business would be hurt by the reduced chances to turn left. Some residents decried the structures as well, with around 2,000 people signing a petition against the medians.

In March 2017, Sandau brought forward an amendment to remove medians from the master plan. The council voted 3-2 to approve the amendment. Head, Sandau and then-Councilman Al Ringgenberg voted for the motion, while White and Watson voted against the measure.

The streetscape elements will be paid for by the Iowa West Foundation as part of its roughly $9 million pledge to cover all beautification costs for all five segments of work. After a brief brouhaha over the median issue after that 2017 vote, the city passed a resolution to ensure communication with Iowa West if beautification aspects are changed.

Sandau and Hannan said the council sent a letter to the foundation in advance of Monday’s vote, though they had not heard back from Iowa West leadership.

In January 2018, Wolf replaced Ringgenberg on the council and proved to be the deciding vote to put medians back into the master plan for segments three through five at a November 2018 meeting.

Watson said that vote was a return to the compromise plan first approved in October 2016.

The 2019 city election shifted the balance of power again, leading to Monday’s vote and, seemingly, a possible end to the saga.

Pottawattamie County has an increase of 19 positive tests

The state COVID-19 website listed a total 1,308 cases of COVID-19 in Pottawattamie County on Sunday afternoon, an increase of 19 over a roughl…

Maj. Gen. Jon A. Jensen, a Council Bluffs native, on Monday officially assumed duties as the 22nd director of the Army National Guard.

Teen dies in wreck near Sidney

A 14 year old from Hamburg has died from injuries suffered in a vehicle wreck on Highway 275 south Sidney.

Thousands of Iowans need to renew their expired licenses

DES MOINES, Iowa (AP) — Four months after the coronavirus prompted the Iowa Department of Transportation to shut down walk-in appointments at …

A man accused of firing a rifle at several bar patrons faces an attempted murder charge, according to a release from the Council Bluffs Police…

Pedestrian and vehicle traffic passes by the medians in front of Thomas Jefferson High School on West Broadway and 25th Street.