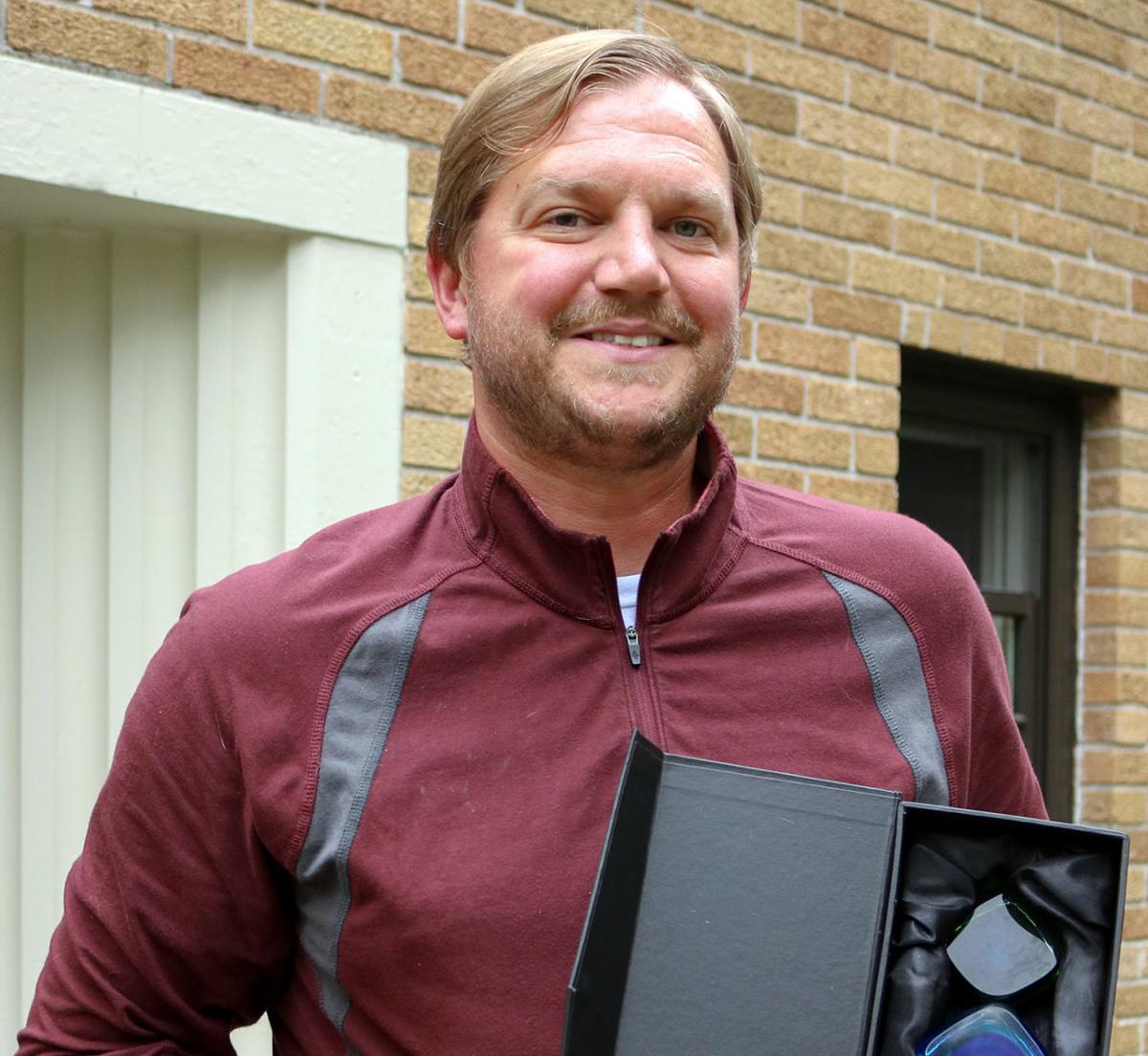 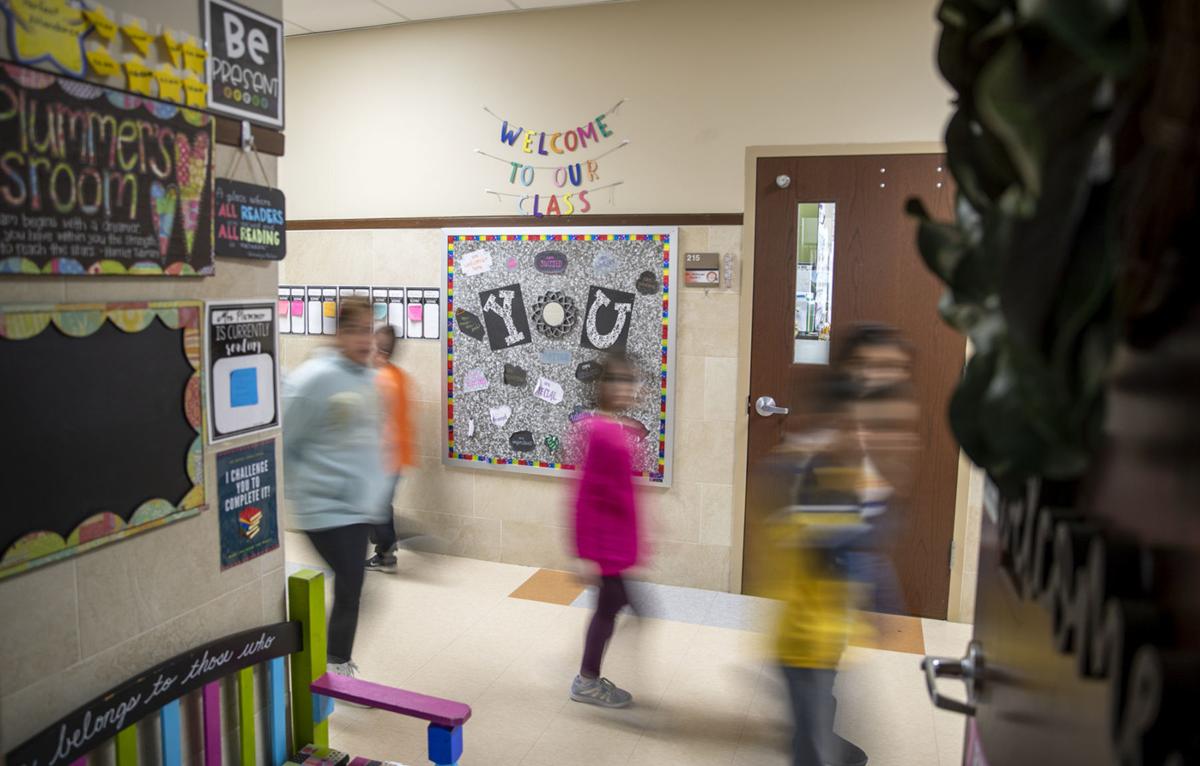 Students walk through the halls at Rue Elementary School on Friday, Feb. 7, 2020.

He has been a principal in the school district for eight years and just finished his second year as principal at Rue.

Moran credits his success to the “amazing people” he works with.

“Together, we’re doing what’s right for kids,” he said.

Moran said many of his staff members consider Rue a “hidden gem” where they want to continue working.

“We have many teachers who have taught 20 or more years there,” he said. “I was really amazed by the leadership I saw in the staff to support each other.”

The school has done well academically during Moran’s tenure. It was rated a “High Performing” school in the Iowa School Performance Profile the past two years. “High Performing” is the report’s second-highest of six categories, which correspond to an overall score based on achievement, proficiency, growth, participation in assessments, English language learner progress toward proficiency and conditions for learning in elementary schools. High schools are also scored on graduation rate and readiness for post-secondary education.

“We were very close to the ‘Distinguished’ category,” the report’s highest level, Moran said.

The Iowa Department of Education nominated Rue as a National Blue Ribbon School in the Exemplary High Performing School category. According to the department, Rue is among the top 15% of Iowa schools to demonstrate sustainable academic growth in English/language arts and math.

When the announcement was made in February, Moran called it “amazing news.”

“Our Rue team strives for excellence every day, and this recognition honors the hard work and dedication of our outstanding staff and students,” he said. “This nomination is evidence of the district’s focus on high-quality instructional practices, an engaging curriculum and the practice of holding all students to high standards.”

The student population at the school has been growing, Moran said. Last year, enrollment was more than 400 students — one of the highest levels since the early 2000s, he said.

Moran came to the district in 2004 and started as a teacher at Edison Elementary School. After five years, he moved to Wilson Middle School, where he taught math and science for two years. During his third year at Wilson, he became a secondary math instructional coach. He was assistant basketball coach at Wilson for two years and assistant soccer coach at Abraham Lincoln High School for two years. He gave up coaching when he became a principal.

Moran grew up in Akron, Ohio and graduated from Firestone High School. He earned a bachelor’s degree Creighton University in 2004 and earned a master’s in educational leadership at University of Nebraska-Omaha. He is currently working on a doctoral degree at UNO.

Moran lives in Omaha with his wife, Julianne.

For the first time ever, the Council Bluffs Community School District is contracting with an outside company to line up substitute teachers an…

Concerns are emerging about the hybrid model of school instruction and the gaps it could create for some families.

University of Iowa students say they're 'likely' to wear masks

BLink to be expanded to include Rue and Longfellow Elementary areas

Another expansion of BLink, Council Bluffs’ free WiFi network, is being undertaken to ensure that students from Council Bluffs Community Schoo…

Golfers invited to help some of area's future leaders

Golfing may not make you any smarter, but it could lead to more educational opportunities for students in five area school systems.

Students walk through the halls at Rue Elementary School on Friday, Feb. 7, 2020.