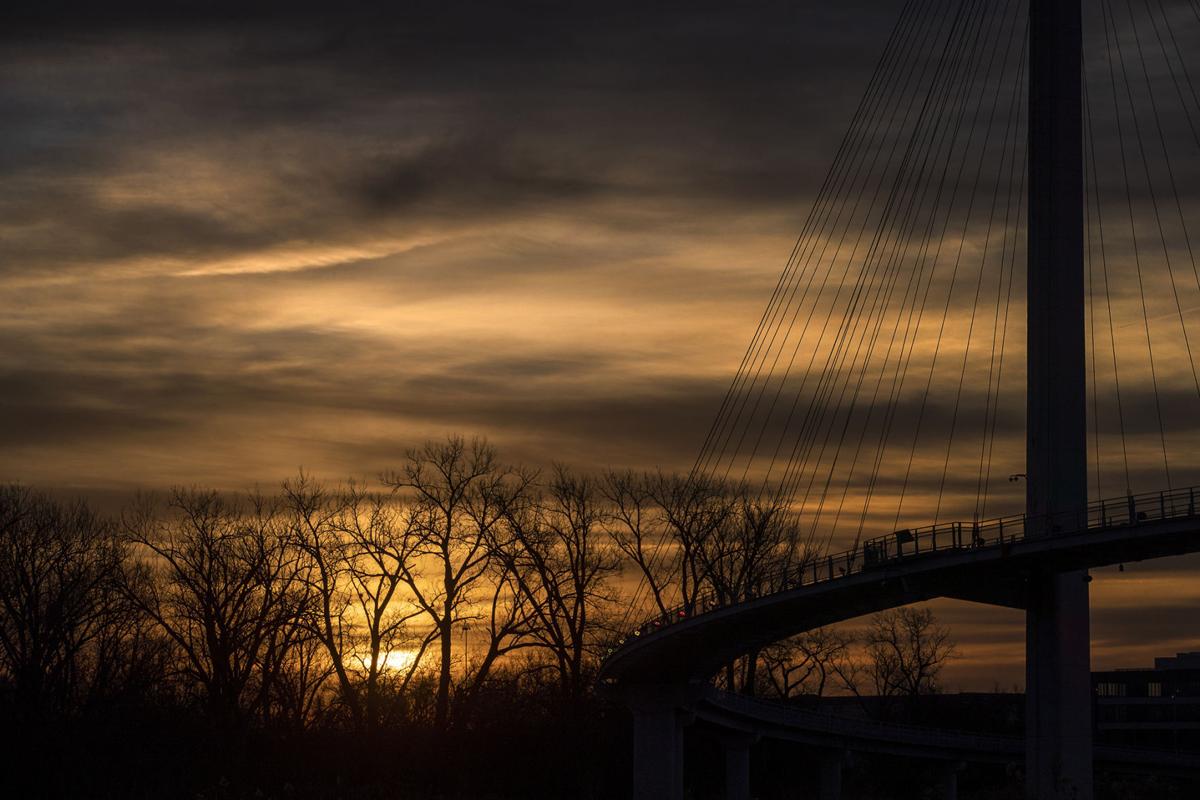 A textured sky creates a dramatic scene as the sun rises behind the Bob Kerrey Pedestrian Bridge on Thursday, Nov. 19, 2020. 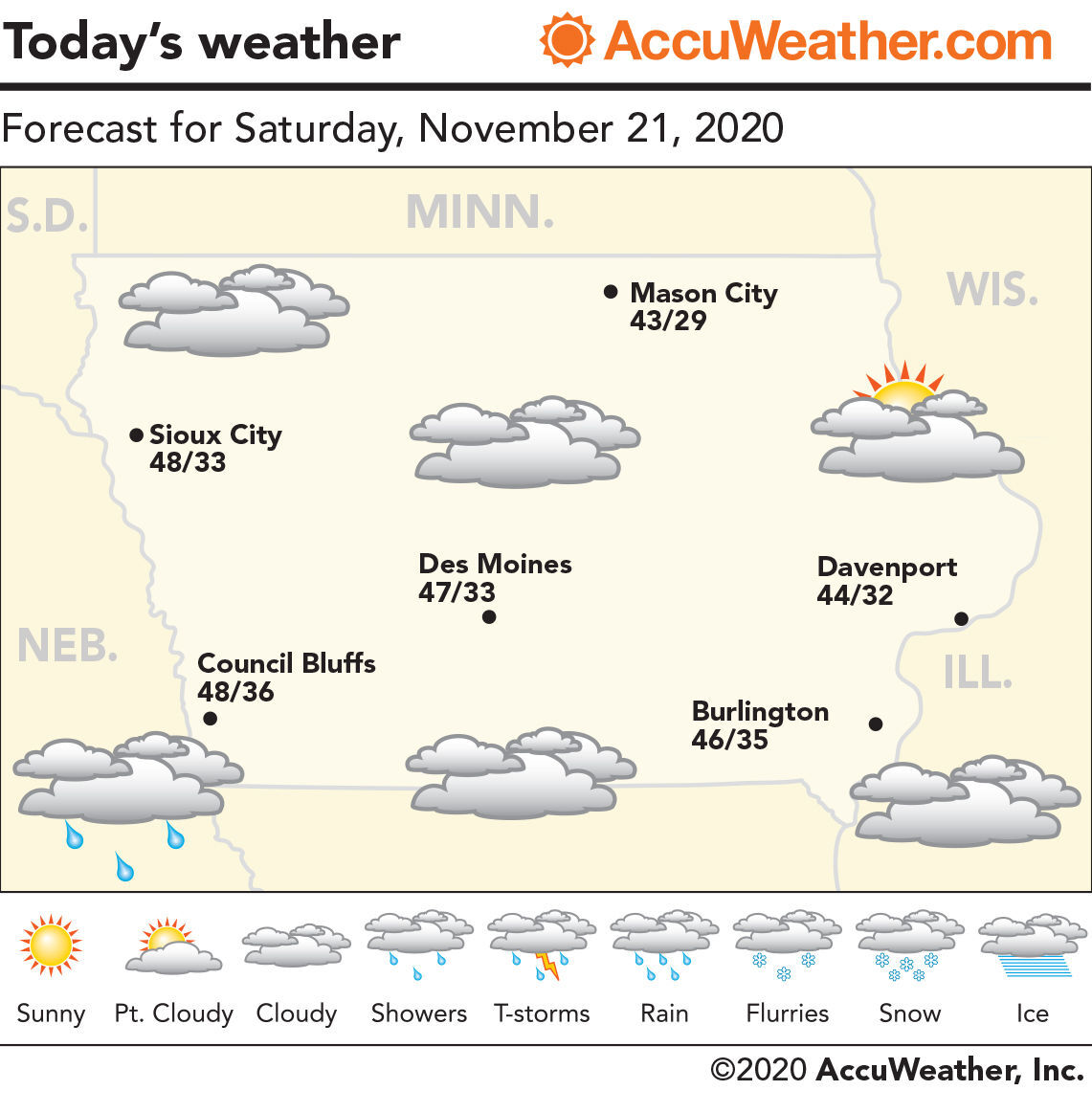 Slight chances of rain are predicted for the Council Bluffs-Omaha area through Tuesday.

Today, highs will be in the upper 40s with a 20% chance of rain in the afternoon, according to the National Weather Service in Valley, Nebraska. Tonight has a 30% chance of rain after midnight with a low of 36.

Highs in the 40s continue into Sunday with a high of 48.

The forecast, according to the weather service:

Tonight: A 30% chance of rain, mainly after midnight. Mostly cloudy, with a low around 36. Southeast wind around 5 mph becoming calm in the evening. New precipitation amounts of less than a tenth of an inch possible.

Sunday: Sunny, with a high near 49. Light and variable wind becoming northwest 8 to 13 mph in the morning.

Sunday night: Clear, with a low around 27.

Monday night: A chance of rain. Mostly cloudy, with a low around 38.

Tuesday: A chance of rain. Partly sunny, with a high near 51.

Tuesday night: A slight chance of rain before midnight. Partly cloudy, with a low around 31.

Wednesday: Sunny, with a high near 52.

Wednesday night: Mostly clear, with a low around 32.

Thanksgiving Day: Mostly sunny, with a high near 50.

The effort to connect Council Bluffs to Underwood and Neola via trail continues. And once that’s done, the Pottawattamie County Trails Associa…

Would you rush into a burning building to save what’s inside?

Iowans having difficulty paying their utility bills may be eligible for help from the Low-Income Home Energy Assistance Program.

When students come back from their Thanksgiving break, Council Bluffs Community Schools will be back in the hybrid mode the district started t…

Forecast: High winds to impact the area through the night

High winds from the north will blow through the Council Bluffs-Omaha area throughout the day with wind gusts as high as 37 mph.

*Editor’s Note: Mike Brownlee is a member of the Council Bluffs YMCA advisory board.

A textured sky creates a dramatic scene as the sun rises behind the Bob Kerrey Pedestrian Bridge on Thursday, Nov. 19, 2020.