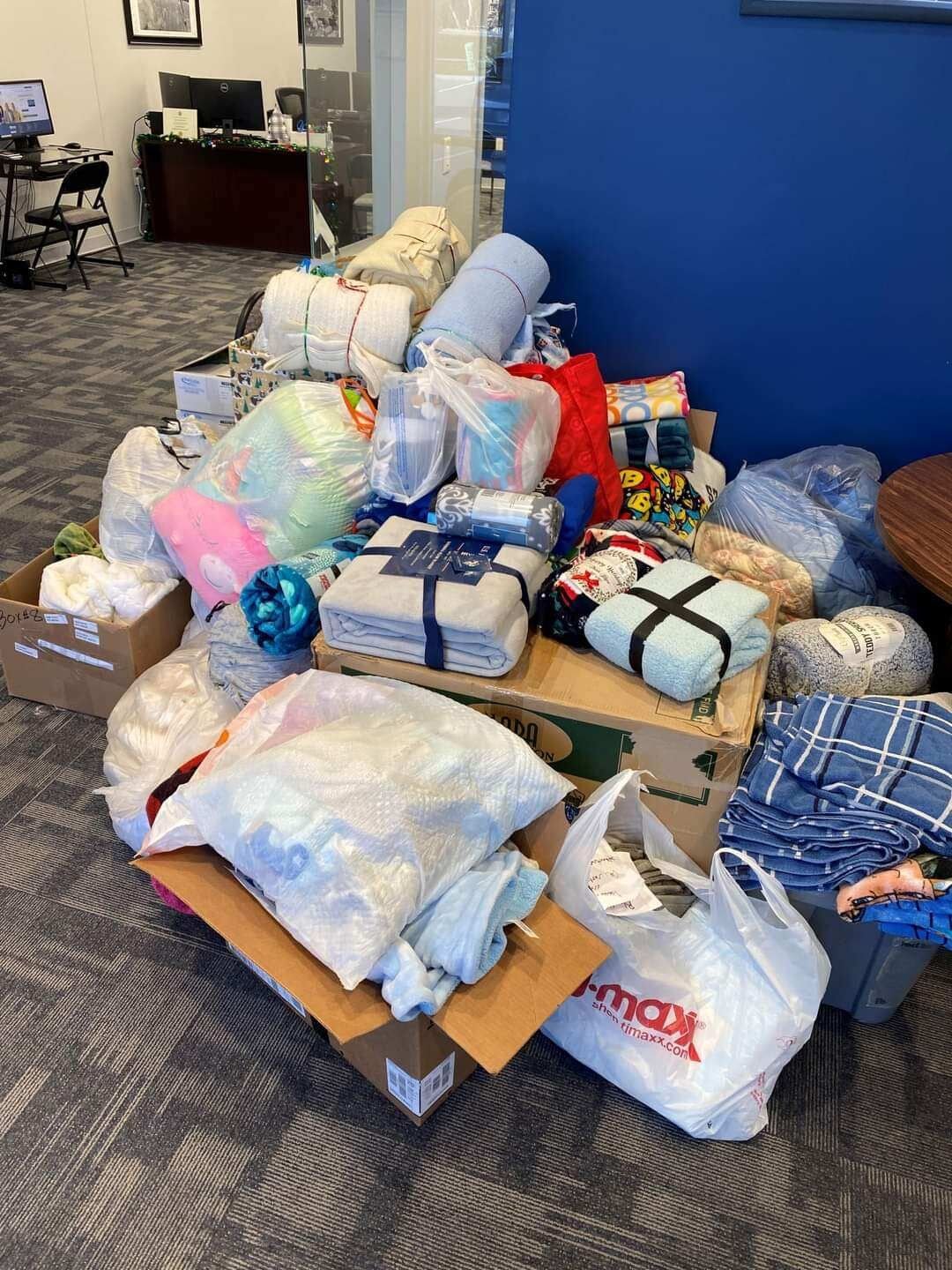 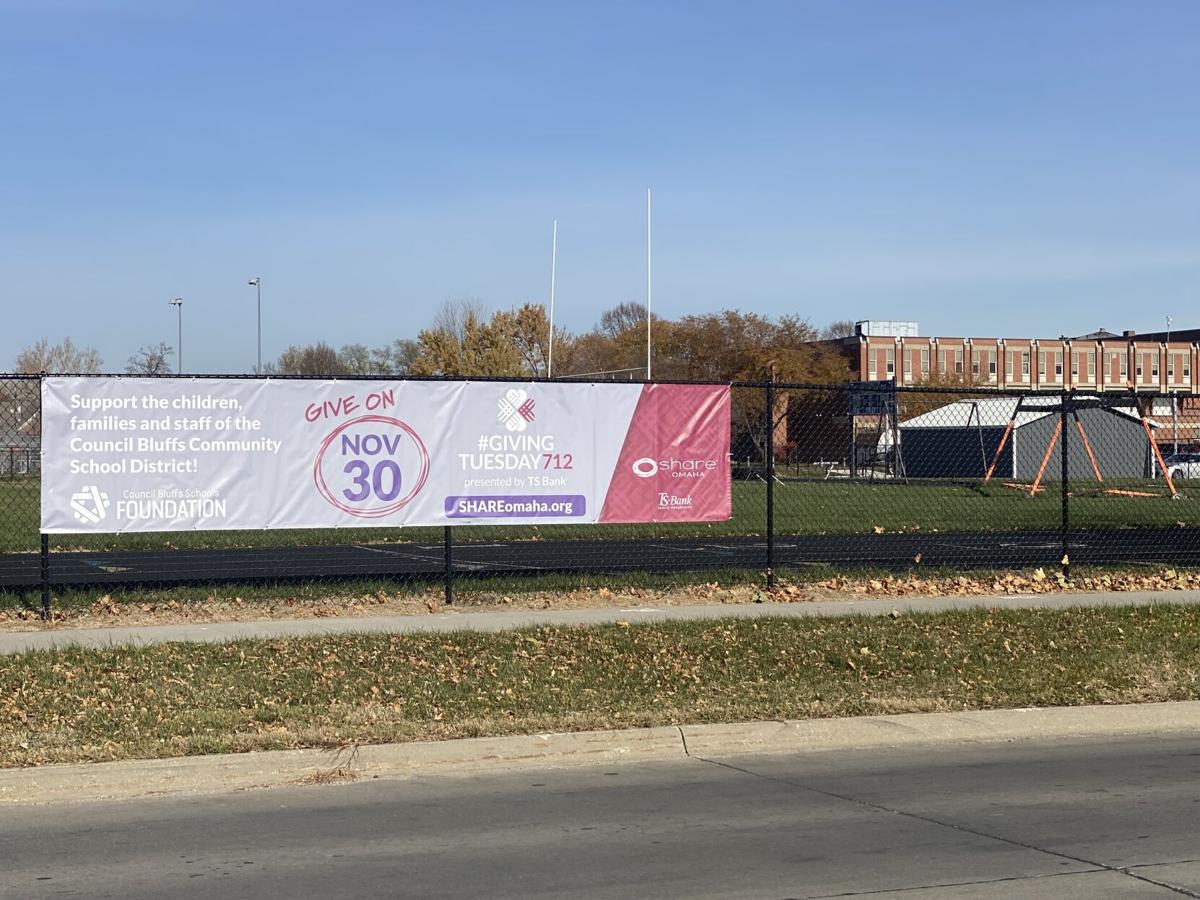 The #GivingTuesday712 banner is seen at Thomas Jefferson.

For the local area it’s #GivingTuesday712, and is powered by Share Omaha and presented by TS Bank, according to organizers. Those who donate can choose from over 600 metro area nonprofits.

Marjorie Maas, executive director of Share Omaha said in a press release, “Now is a time for the metro area to take action! Our nonprofits deserve the support of everyone.”

Even though #GivingTuesday712 hasn’t started, the Pottawattamie County Community Foundation has already received over $835,000 in donations according to the release.

A livestream will be available on Tuesday from 1 to 2 p.m. at Facebook.com/SHAREomaha. Viewers will watch as Southwest Iowa donors place their name, organization they are supporting and why they are supporting them into a time capsule. The capsule will be opened on Giving Tuesday in 2031.

Also during the livestream viewers will take a virtual trip to the Union Pacific Railroad Museum, see what happens when an animal comes into the Midlands Humane Society and get an exclusive first look inside The 712 Initiative’s renovation of the 500 Block, the release said.

“Share Omaha began building the framework for the metro’s participation in Giving Tuesday two years ago,” the release said. “In the past, this global day of giving was modestly supported locally but that has changed as lives have been disrupted by COVID-19, other organized days of giving have sunsetted and community needs have grown.”

According to the release, the TS Bank has collection drives at the following locations through Tuesday:

Express Employment Professional is hosting a Share the Warmth Blanket Drive through Monday and is accepting new and used blankets, towels and twin sheets. These items will benefit New Visions Homeless Shelter and Promise 4 Paws. Items can be dropped off at Express Employment, 1720 N. 16th St., Suite H, in Council Bluffs.

Golden Hills is also having a processing prairie seed volunteer event on Tuesday from 6:30 to 8:30 p.m. More information can be found at bit.ly/3xvKy41.

“Share Omaha encourages our community to give whatever they can on Giving Tuesday, no matter what the size of the gift. Employers may be matching gifts, some people may choose to give volunteer time, to purchase items from an organization’s wish list or participate in one of the events to collect needed items on Giving Tuesday,” Maas said in the release. “Everyone can find a way to participate.”

Donations can be made at Shareomaha.org.

Girl fatally struck by police vehicle was headed to store

A 12-year-old Iowa girl who was struck and killed by a police vehicle that was headed to an apartment fire had been on her way to a grocery store to buy snacks with a gift card she got for Christmas, her older sister said.

The 4-month-old baby was admitted to CHI St. Elizabeth for "immediate life-saving care" after investigators found the child to be severely malnourished, according to the affidavit.

Authorities say an Iowa police officer struck and killed a child with a patrol vehicle while headed to an apartment fire.

Sarah Nelson Torsiello had worked for the Nebraska Department of Correctional Services for more than 18 years, starting in August 2003. The department announced her arrest and resignation late Tuesday night.

U.S. Sen. Chuck Grassley, R-Iowa, on Wednesday reiterated his supports for term limits for members of Congress as he marked 63 consecutive yea…

When life handed the judicial system lemons in the form of COVID-19, Iowa Supreme Court Chief Justice Susan Christensen of Harlan formed a lemonade task force to review the emergency rules it had been operating under for more than a year.

A winter storm could bring somewhere in the area of 4 to 7 inches of snow to the metro Friday, according to the National Weather Service. Earl…

Some of that snow and ice from Friday could start to melt Sunday. But not today.

The #GivingTuesday712 banner is seen at Thomas Jefferson.