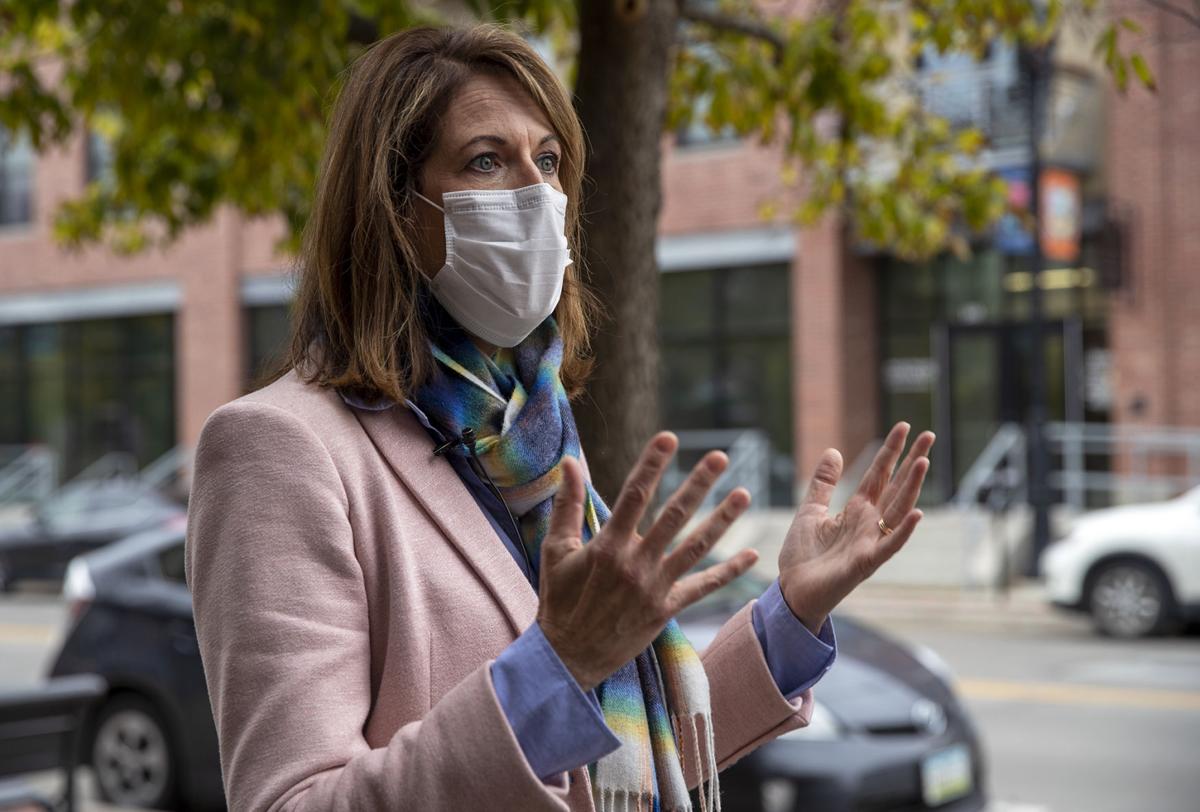 U.S. Rep. Cindy Axne fields media questions after speaking with local business owners on the 100 Block in Council Bluffs about the effects of COVID-19 and more on Oct. 21, 2020. 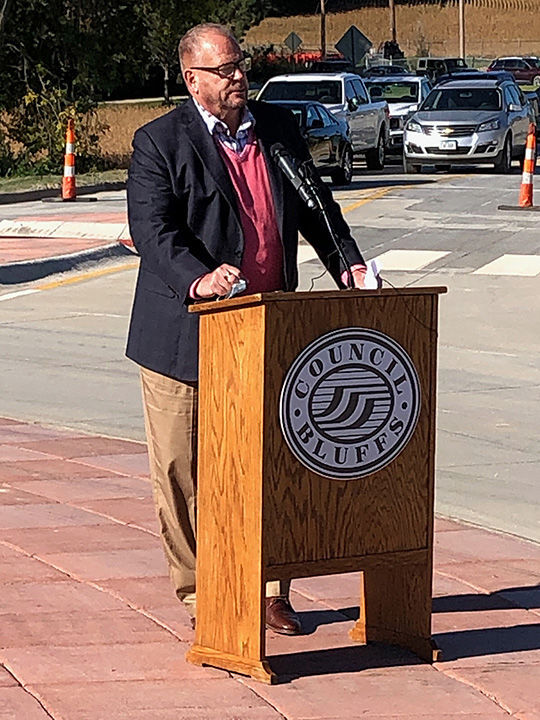 Council Bluffs Mayor Matt Walsh speaks at a ribbon cutting for the opening of the beltway from Highway 6 to Highway 92 on Oct. 1, 2020 at the city’s first roundabout at Eastern Hills Drive and Greenview Road.

During a virtual mayoral roundtable discussion with district mayors, Rep. Cindy Axne, D-3rd District said the House of Representatives is nearing a vote on a COVID-19 relief bill that would include money for local municipalities dealing with the budget fallout of the pandemic.

The $1.9 trillion pandemic relief package is expected to pass the House of Representatives, though portions of it will face hurdles in the Senate.

The bill includes direct federal funding for cities with 50,000 or more people, Axne said, while smaller cities will receive the money after its funneled through the state. In all, the legislation would send $350 billion to state and local governments, Axne said. That includes $195 billion for states and $135 for local governments.

Cities with populations at 50,000 or more would receive direct funding from the federal government, while smaller cities would receive that money through the state.

“Every city and county would see money from package,” told the group of mayors, which included Council Bluffs Mayor Matt Walsh and Atlantic Mayor David Jones. “The intent is to overcome the revenue shortfall I know you’re all seeing.”

The Associated Press reported the legislation provides a rebate that amounts to $1,400 for a single taxpayer, or $2,800 for a married couple that files jointly, plus $1,400 per dependent. Individuals earning up to $75,000 would get the full amount as would married couples with incomes up to $150,000.

The size of the check would shrink for those making slightly more with a hard cut-off at $100,000 for individuals and $200,000 for married couples.

Some Republicans want to cut the size of the rebate as well as the pool of Americans eligible for it. The new round of checks will cost the government an estimated $422 billion.

Axne said she expects the bill to pass with a minimum wage increase to $15. The congresswoman and AP noted the nonpartisan Congressional Budget Office projected several positives and negatives that would occur if the minimum wage hike makes it over the finish line.

On the plus side, about 900,000 people would be lifted out of poverty once the $15 hourly wage is fully in place. Some 17 million people making below the new minimum wage would see a pay raise. On the negative, about 1.4 million jobs would be lost as employers look for ways to offset their higher personnel costs.

Mayors expressed concerns about a raise affecting seasonal employees, like those working at city pools. Axne said a raise would need to include some provisions to address those issues.

“I agree, this will create difficulties for some small businesses,” she said. “We need to look at a way to structure this so we don’t cost people their jobs.

We have to get this figured out. It’s not a black and white situation. As much as I want to see people get paid more, which is necessary. We need to be able to retain jobs and keep businesses open. Those nuances not taken into consideration in the House.”

That provision is not expected to make it out of the Senate because of opposition among a handful of Democrats and possible procedural hurdles, the AP reported.

Matt Walsh discussed that revenue impact, noting the city has seen a reduction in gaming and motel-hotel tax revenue. Walsh said second and third quarter ambulance calls in Council Bluffs were down 30%, leading to a roughly $1.25 million budget hit on that item alone.

Additionally, the Council Bluffs Fire Department has exceed $1 million in overtime pay — compared to the budgeted $750,000 for overtime.

Multiple mayors brought up the need for expanded funding for broadband internet infrastructure during the event. Jones noted that while surrounding towns have small, targeted providers, the city’s broadband is lacking because of neglect from major companies.

“Atlantic is being held captive by bigger carriers. That’s a community being underserved,” she said.

Walsh said he sees rural broadband as something that will not only benefit surrounding communities but also Council Bluffs as well.

“We see an advantage, if we can get broadband out to the rural areas. We could pickup remote workers,” he said. “We see the advantage of getting rural areas connected.”

Lastly, on COVID-19 vaccines, Axne addressed concerns about getting doses to rural residents.

“We have to make sure they’re getting into the arms of people that need it,” she said, noting the need to address rural areas through work with small-town pharmacies and looking at mobile vaccination clinics.

— Kevin Freking of the Associated Press contributed to this report.

Watch Now: How will Biden’s Environmental Protection Agency be different?

Watch Now: How will Biden’s Environmental Protection Agency be different?

Iowa Legislature leadership from both parties, along with local legislators, discussed a variety of topics during a Zoom event hosted by the C…

Lawmaker seeks to ban majority of traffic cameras in Iowa

Another bill that would ban traffic cameras — with one exception — is making its way through the Iowa Legislature.

Republicans for Conservative Values, a local political action committee, will host a town hall event with “key conservative legislators” at 1 …

And now we enter endgame — the fifth and final stage of West Broadway reconstruction will soon begin.

U.S. Rep. Cindy Axne fields media questions after speaking with local business owners on the 100 Block in Council Bluffs about the effects of COVID-19 and more on Oct. 21, 2020.

Council Bluffs Mayor Matt Walsh speaks at a ribbon cutting for the opening of the beltway from Highway 6 to Highway 92 on Oct. 1, 2020 at the city’s first roundabout at Eastern Hills Drive and Greenview Road. 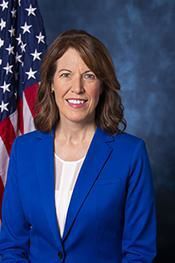