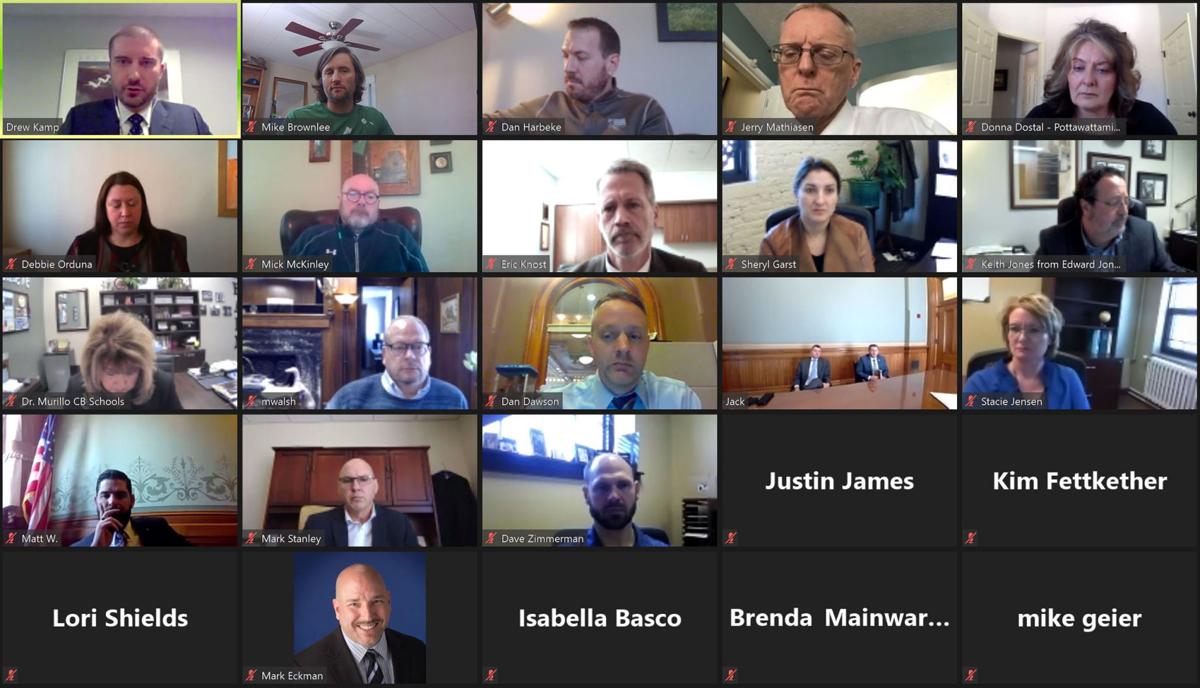 Iowa Legislature leadership from both parties discussed a number of topics during a Zoom event hosted Tuesday by the Council Bluffs Area Chamber of Commerce. 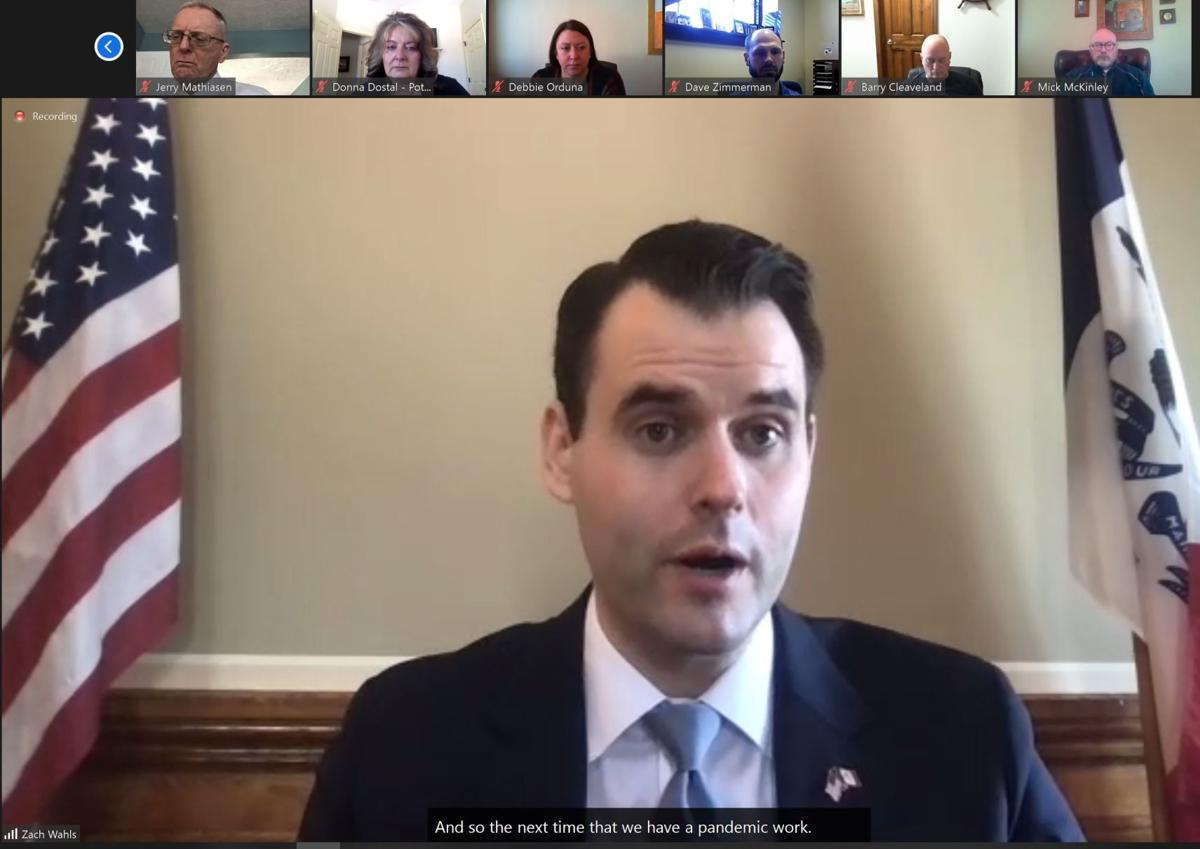 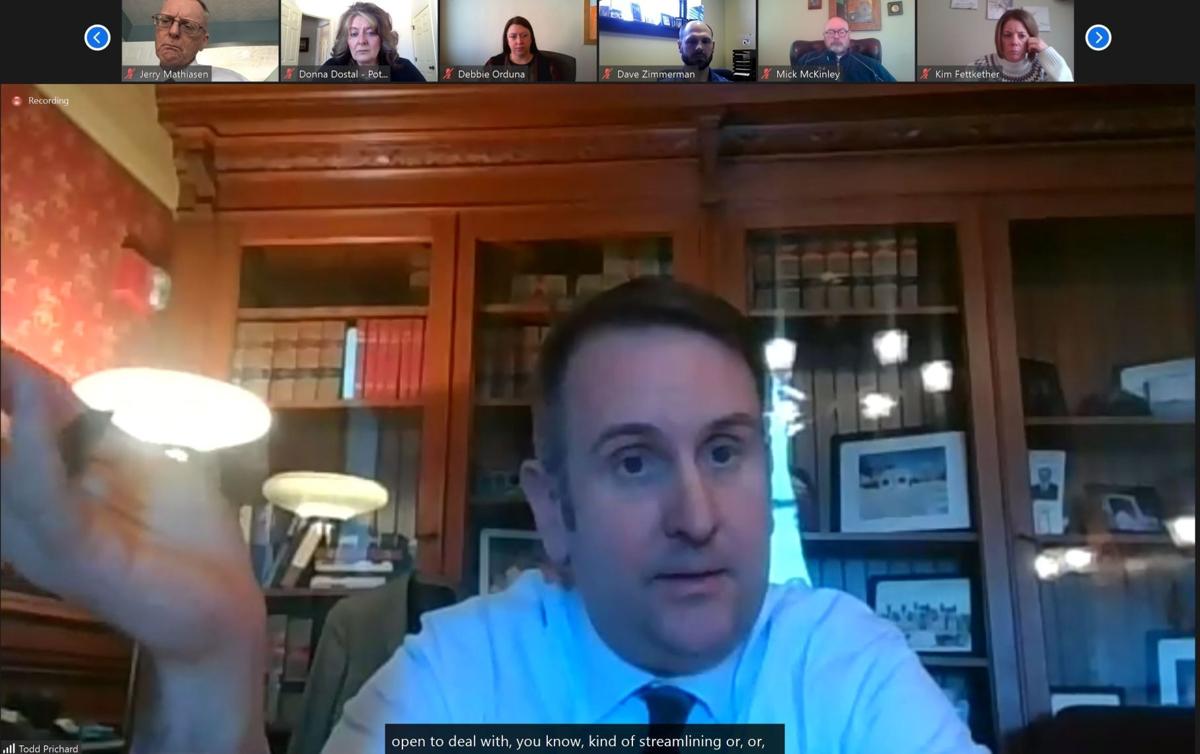 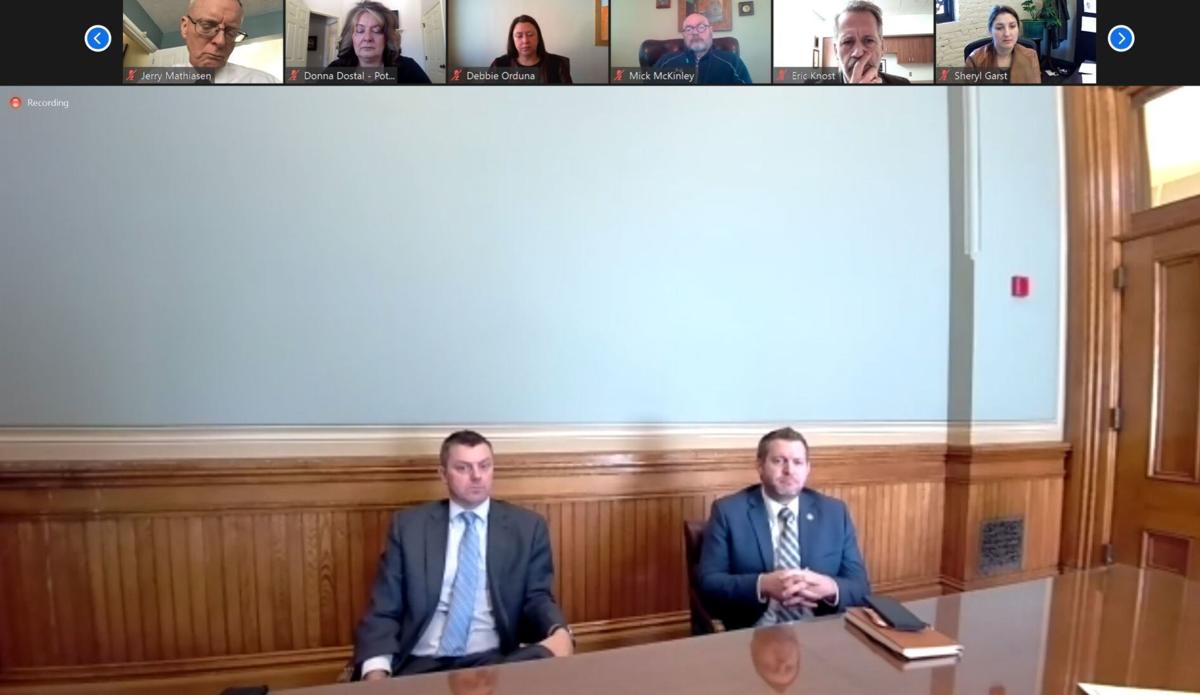 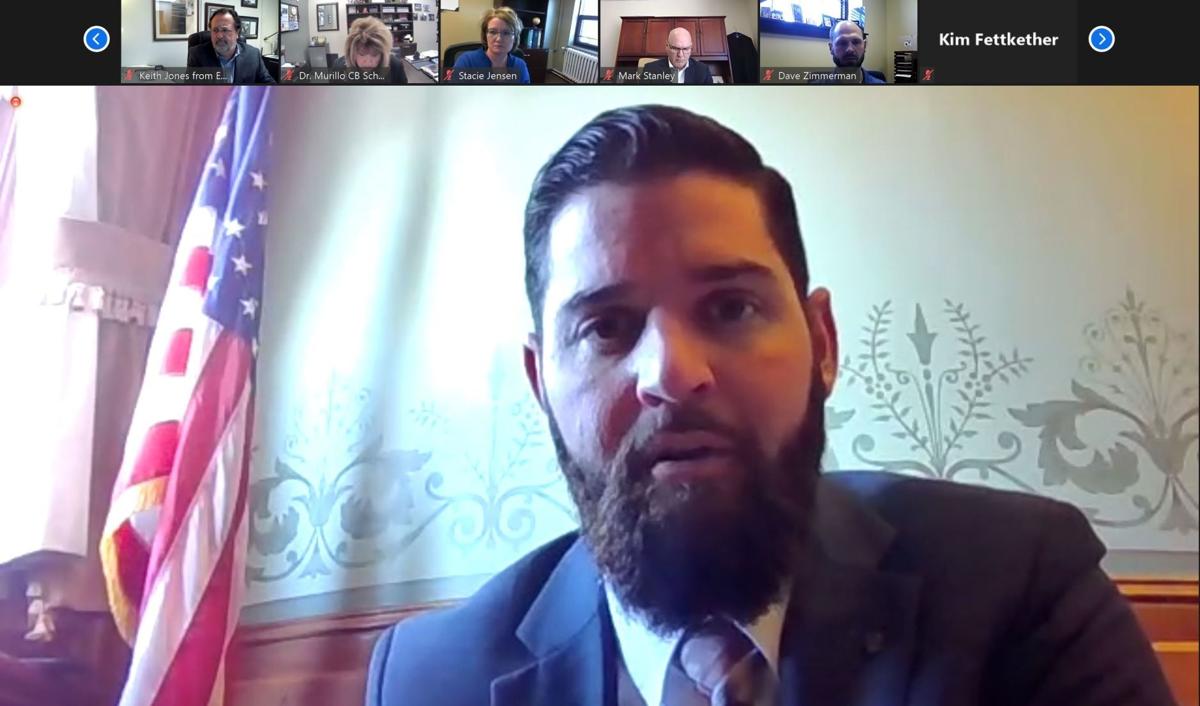 Iowa Legislature leadership from both parties, along with local legislators, discussed a variety of topics during a Zoom event hosted by the Council Bluffs Area Chamber of Commerce on Tuesday.

Senate Majority Leader Jack Whitver, R-Ankeny discussed an unexpected benefit of the COVID-19 pandemic was increased transparency in the state Senate, where proceedings can be watched via Zoom. Before, members of the public that wanted to attend would have to travel to Des Moines.

Whitver noted that with a $300 million budget surplus, the state has been able to look at investing — specifically in mental health and tax policy changes.

“Having that surplus allows us to have a somewhat normal session,” he said.

On the mental health piece, Sen. Dan Dawson, R-Council Bluffs, the chair of the Ways and Means Committee, said he’s working toward a bipartisan agreement that would increase investment in services while also decoupling mental health funding from property taxes.

“What we have passed has dealt with issues that I wouldn’t call timely,” Prichard said, noting, among them, bills related to guns and abortion, along with the controversial election bill making its way through both chambers.

Wahls said the general assembly should be focused more on the pandemic, “doing everything we can to accelerate vaccine distribution, help folks hurt by it, small businesses, front line workers and others.”

Republican attendees did not address a question related to the criticism during the event.

Members of both parties expressed at least a modicum of (if not more) support for Gov. Kim Reynolds’ proposed $450 million in spending on broadband over the next three years.

“Some of the areas that do have it, it’s just not fast enough,” he said.

The governor’s proposal would require all internet service providers to install at least 100 megabits per second download and upload service for all projects that receive grant funding.

“I’m surprised in a good way governor asked for such a large commitment for broadband,” Prichard said, noting its an issue that’s been discussed since he took office in 2013.

“I think there will bipartisan support for rural broadband,” Wahls said.

Members of both parties noted the budget process looms, which is where some of the details of the plan would likely be hammered out.

In early February, the House approved a legislative package that aims to address a workforce shortage by increasing the access and affordability of child care through a combination of grants and tax credits.

The bills, passed with bipartisan support, are part of an effort the House began last year but was disrupted by COVID-19.

Child care access and affordability have become key factors in growing Iowa’s workforce and getting Iowans back to work. That was exacerbated by the pandemic, which lawmakers said has contributed to the loss of 81 child care centers in the state since March 2020.

A key piece of the package was House File 302 that lawmakers said would remove what is known as the “cliff effect.”

Rather than families immediately losing child care if their incomes exceed the ceiling, the bill would provide a state-funded off-ramp to gradually increase a family’s share of child care costs as household income rises.

“That’s something we can chalk up as a bipartisan victory in the House,” Prichard said.

“We need to make sure people aren’t penalized for advancing in their careers,” Windschitl said. “Hopefully we can build consensus around (the bills).”

A bill that is rapidly making its way through the Iowa Legislature would constrain, if not outright ban, many of the early voting programs that made the 2020 election in Iowa a record-breaker. The bill, a version of which is in both the House and Senate, would reduce the early voting window, including when auditor’s offices can send out absentee ballots, while also banning elections officials from sending absentee ballot request forms. Not only is it permitted when voters request a form, during the 2020 elections, state and county election officials mailed ballot request forms to all eligible voters.

The Senate debated the bill past press time on Tuesday night.

“These should be bipartisan bills. This should not be a partisan ‘Team Red’ or ‘Team Blue’ type bill,” said Senate Minority Leader Zach Wahls, D-Coralville. “This bill is the exact opposite of that.”

Wahls said there was no Democratic input requested on the bill, nor was Republican Secretary of State Paul Pate consulted.

Wahls criticized the bill for reducing the number of early voting days and handcuffing county auditors from helping people vote. The senator said during committee hearings on the bill Republicans repeated unfounded claims of widespread election fraud in 2020 — claims that lack evidence and have been thrown out in more than 50 court cases nationwide.

“It was really disappointing to see this bill come forward,” Wahls said, noting Iowa’s strong history of election integrity. “It’s going to move our state in the wrong direction. This bill is a solution in search of a problem.”

Prichard said bring forward a bill based on unproven claims and conspiracy theories is disingenuous.

Whitver and Chapman did not address the issue while on the call, but Windschitl said that while Iowa has solid election laws, there’s always room for “tightening things up.”

Republicans for Conservative Values, a local political action committee, will host a town hall event with “key conservative legislators” at 1 …

During a virtual mayoral roundtable discussion with district mayors, Rep. Cindy Axne, D-3rd District said the House of Representatives is near…

And now we enter endgame — the fifth and final stage of West Broadway reconstruction will soon begin.

Iowa Legislature leadership from both parties discussed a number of topics during a Zoom event hosted Tuesday by the Council Bluffs Area Chamber of Commerce.