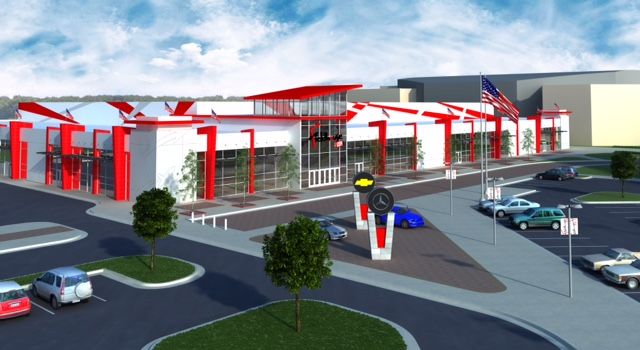 Artists rendering of Fieldhouse USA proposed near the Mid-America Center. 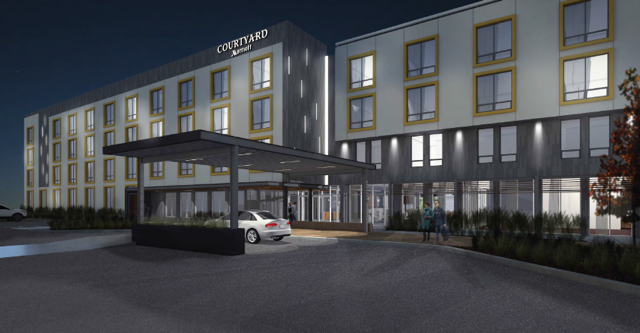 An artists rendering of the Courtyard by Marriott proposed near the Mid-America Center. 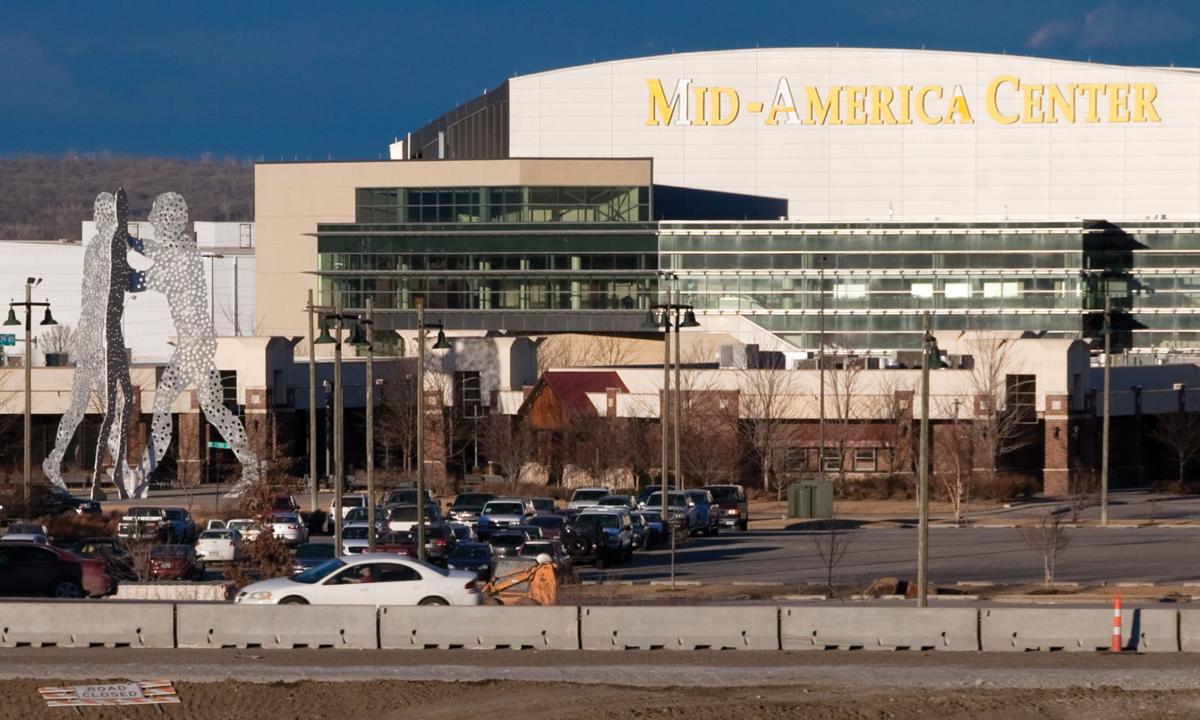 Improvements are underway at the Mid-America Center to help people with disabilities. These actions are in response to an inspection by the U.S. Department of Justice about five years at large venues concerning compliance with the Americans with Disabilities Act.

Underscoring its focus on economic development, the Iowa West Foundation has joined forces with the city of Council Bluffs in announcing a $30 million-plus development proposal for the Mid-America Center area.

Pending City Council approval, construction is expected to begin next year on a sports recreation complex featuring eight hardwood courts as well as a full-service hotel near the MAC. The Iowa West Foundation will serve as the master developer.

The proposal was unveiled during a press conference at the MAC Tuesday morning and calls for construction of a FieldhouseUSA indoor recreational facility featuring 12 volleyball and eight basketball courts along with construction of a 130-room full-service Courtyard by Marriott hotel that will feature room service, an in-house restaurant and bar. The hotel will be connected to the Mid-America Center.

Iowa West Foundation President and CEO Pete Tulipana said the proposal also calls for development of the largely vacant Plaza, now referred to as the “Spine,” located west of the Mid-America Center. The Iowa West Foundation purchased the facility earlier this year.

He said Iowa West is working with a development consultant, with the goal being for the Spine to be developed as an “entertainment district” that would be a “destination attraction.”

Tulipana said Iowa West will invest approximately $7 million in construction of a building in the parking area northwest of the Mid-America Center’s arena that will be leased to Texas-based FieldhouseUSA. FieldhouseUSA is an event and league facility that caters to select, club and recreational teams across the United States for tournament play. The facility will also be available to area residents for league play and practice.

FieldhouseUSA’s Frisco, Texas, facility, which was opened in March 2009 at a cost of $17 million, has generated over $110 million in economic impact for the city of Frisco, located about 20 miles north of downtown Dallas. That facility features 12 indoor courts and an indoor turf area.

FieldhouseUSA’s Gary L. Oliver said the company “is pleased to bring this incredible opportunity to Council Bluffs and its neighboring communities. Residents will enjoy an exceptional experience in year-round activities and have access to the amenities of a state-of-the-art facility.”

Tulipana said the Courtyard by Marriott hotel would initially be built with 130 rooms and designed for potential expansion to 250 or more rooms. The hotel would be constructed in the parking area west of the MAC’s arena, directly north of what he called “the spine.”

“The intersection of Interstates 29 and 80 is one of the most highly traveled corridors in the country, so the MAC area certainly has the potential to be a vibrant gathering place for residents and visitors and their families,” Tulipana said. “We believe the full-service Marriott-brand hotel and FieldhouseUSA will help drive future storefront business within the ‘spine’ of the Mid-America Center and include restaurants and shops that the Council Bluffs community has been eager to see.”

“The Courtyard is another asset to help the Mid-America Center attract additional events and activities. This hotel will also have a significant economic impact for Council Bluffs and surrounding communities in terms of rooms and property taxes and creation of jobs,” said John Nagle, co-founder of Imagine Resorts and Hotels, which will develop the new hotel.

“We are excited about the opportunities and economic impact that the Iowa West Foundation and the city of Council Bluffs are creating by bringing FieldhouseUSA and the Courtyard by Marriott to the Mid-America Center.”

In his comments, Tulipana emphasized the fact that economic development is one of the Iowa West Foundation’s focus areas, and that focus includes the priority areas of West Broadway, the riverfront, downtown Council Bluffs and the Mid-America Center area. He said the focus on economic development led the foundation’s board of directors to serve as a catalyst in moving the MAC development forward with the city.

Pending City Council approval, the city’s contributions will come in the form of a $1 ground lease, an 18-year tax-increment-financing agreement and the cost to subdivide the land, now part of the MAC’s parking areas, and convey it to be used for the recreation complex and the hotel.

“We are excited to invigorate this area of the community with amenities that citizens will utilize and benefit from,” Council Bluffs Mayor Matt Walsh said. “The Iowa West Foundation has been instrumental in bringing this long-overdue development to fruition, and we look forward to the MAC area being a bustling attraction in the years to come.”

Walsh estimated that the necessary City Council approvals will be completed over the next two months.

“These developments will serve as a stimulus for a currently underutilized but high-potential area in Council Bluffs,” he said.

The hotel will be approximately five acres in size and constructed in two phases, with 130 rooms initially and a goal of 250 to 300 rooms upon full completion. Each Fieldhouse USA tournament typically drives 375 hotel stays.

The FieldhouseUSA facility will cover more than 100,000 square feet and feature youth and adult year-round sport leagues, including basketball and volleyball. It will also offer sports academies, camps, group outings and corporate events.

Fieldhouse USA’s Oliver said he anticipates the new facility will draw from Omaha and the surrounding communities in Nebraska as well as from Council Bluffs. He noted that in 2015, the Texas facility’s tournaments have drawn teams from 44 states.

Combined, the two new MAC facilities are expected to create more than 100 full-time and nearly 70 part-time position and an additional 168 during the construction phase.

Walsh said the Iowa West Foundation has agreed to help with additional parking should it be needed with the future development and utilization of the area.

Our View: Mid-America Center is an underutilized resource

The Mid-America Center complex is an underutilized resource in our community. Plans for two new facilities in the area will hopefully be a rem…

Artists rendering of Fieldhouse USA proposed near the Mid-America Center.

An artists rendering of the Courtyard by Marriott proposed near the Mid-America Center.

Improvements are underway at the Mid-America Center to help people with disabilities. These actions are in response to an inspection by the U.S. Department of Justice about five years at large venues concerning compliance with the Americans with Disabilities Act.