Rams vs. Buccaneers: Updates and scores from the NFL playoffs

Cancer has touched each of the four recipients of the 2021 Spirit of Courage awards in unique ways, yet each one shares the strength and determination necessary to become a survivor.

The Spirit of Courage Gala, to be held as a virtual event Saturday evening, will pay tribute to Donna Elliff, Deb Potter, Jake Powers and Kevin Rutland as representatives of all cancer patients, cancer survivors and their families.

The annual gala, along with an online auction and golf tournament held in October, raises funds for the Spirit of Courage Cancer Center Charitable Patient Care Fund.

Now in its 19th year, the Spirit of Courage events have raised nearly $2 million, with 100% of the money going to the Charitable Patient Care Fund. This fund provides assistance to uninsured and underinsured patients who need help covering expenses associated with diagnosis and treatment of cancer, by paying for medications, treatments and deductibles, as well as everyday living expenses such as groceries, rent and gas.

Anyone who purchased a ticket to the sold-out gala will be able to view the evening’s speeches and testimonials online via Zoom, said Tara Slevin, chief philanthropy officer for Methodist Jennie Edmundson Hospital.

“Concern for the continuing spread of COVID-19, has for the second year prompted us to hold the gala as a virtual event,” Slevin said. “Although the Spirit of Courage gala is virtual, the need it addresses is very real. The diagnosis of cancer has continued throughout the pandemic, and the Methodist Jennie Edmundson Cancer Center and its partners have worked diligently to provide exceptional care to patients throughout southwest Iowa.”

Dave Webber will serve as master of ceremonies, and Methodist Jennie Edmundson Hospital President and CEO Dave Burd will also speak. Kristin Markel, nurse practitioner from Heartland Oncology & Hematology, a longtime partner of the Jennie Edmundson Cancer Center, will deliver a message on behalf of the cancer center and introduce the recipient videos. The program is expected to last about 45 minutes.

Anyone who was unable to purchase a ticket but is interested in donating to the Charitable Patient Care Fund may visit the Jennie Edmundson Hospital Foundation’s website at jehfoundation.org and click on Spirit of Courage.

“There are so many sponsors, volunteers and other individuals who have continued to support the Spirit of Courage events as we had to delay and now reformat the presentation,” Slevin said. “The foundation sends a huge thank you to the Mid-America Center for its help shifting the event to virtual and for including delivery of the banquet meals for many patrons who have scheduled ‘Watch Parties.’”

Slevin said the gala not only raises money for the Charitable Patient Care Fund, it also serves to recognize the efforts of the doctors, nurses, radiologists and other caregivers, as well as all cancer patients.

She said the paths of the four 2021 Spirit of Courage recipients have been difficult at times — and for some, side-effects of the chemotherapy treatments and radiation therapy still persist.

“Donna, Deb, Jake and Kevin have amazing experiences to share in their taped messages,” Slevin said. “Their survival is a testament to their strong will, the expert care they received at the Methodist Jennie Edmundson Hospital Cancer Center, and the support of the Jennie Edmundson Foundation.”

Elliff battled breast cancer in late 2019 and 2020 after a mammogram revealed a Stage 1 lump in one of her breasts.

“My last mammogram was four years earlier,” she said. “I had no symptoms before this mammogram, so finding out that I had cancer was a shock.”

Elliff said she is fortunate her cancer was caught in an early stage. She underwent a partial mastectomy, 20 radiation treatments and two blood transfusions at Jennie Edmundson and 18 chemotherapy treatments at Heartland Oncology & Hematology. Her subsequent scans have been clear.

She urges other women, especially those who put off routine testing during the pandemic, to get back to scheduling tests, including mammograms.

“Several women I know have told me they got their mammogram because of me,” she said. “If my story can be an inspiration to others, that is awesome.”

Potter thought she was enduring an unusually persistent winter cough when an X-ray revealed a spot in her lung.

She was referred to Sumit Mukherjee, M.D., a critical care pulmonologist at Jennie Edmundson Hospital. For an accurate diagnosis, Mukherjee ordered a magnetic resonance imaging scan. It revealed adenocarcinoma in two places in the top lobe of Potter’s right lung.

She had a biopsy on Sept. 11, 2018, and lobectomy surgery was performed on Oct. 25 by John Batter, M.D., a cardiothoracic surgery, lung and thoracic oncology specialist at the Methodist Estabrook Cancer Center.

“He removed the top part of my right lung and that was it,” she said. “It was just gone. No chemotherapy. No radiation. Every day, I think about how blessed I am.”

In April 2020, just when the pandemic was capturing the minds and fears of most Americans, Powers felt a lump in her left breast. Powers, the former volunteer coordinator at Jennie Edmundson Hospital, was working as a receptionist at Risen Son Methodist Physicians Clinic in Council Bluffs.

Prodded by a coworker to make an appointment, a follow-up biopsy revealed that Powers had breast cancer.

“The breast cancer had metastasized to the liver, which would require liver ablation prior to chemotherapy,” she said. “And, they told me I had thyroid cancer.”

After her doctors determined that the breast cancer was the priority, Powers began chemotherapy at Heartland Oncology & Hematology, followed by surgery at Jennie Edmundson. “They told me afterward that the left side of the thyroid was more involved, and that the cancer had taken over a vocal nerve,” she said.

She began radiation therapy at Jennie Edmundson, completing a series of 33 treatments on Jan. 12, 2021.

During a follow-up examination, one of her surgeon’s, Andrew Coughlin, M.D., discovered the repurposed nerve was moving the vocal cord on its own. An avid singer, that news was music to her ears. She recently began vocal therapy, adjusting her breathing to emanate more from her diaphragm – just as she does when she sings.

Several years ago, after experiencing a urinary tract infection, Rutland had a prostate-specific antigen blood test. Used to check the amount of PSA, a protein produced by both cancerous and noncancerous tissue in the prostate, the test is a screen for prostate cancer.

“They told me at the time if the PSA level was above 10, it was quite high and should be discussed with a doctor right away,” Rutland recalls. Near the end of 2019, Rutland experienced another UTI, again followed by a PSA test. The level was 38.

He wasted no time making an appointment with his urologist, who immediately scheduled a series of scans and a prostate biopsy. On Jan. 6, 2020, the results confirmed prostate cancer.

Rutland began a course of hormone treatments to slow the cancer. His prostate was removed in a robotic-assisted surgery.

His first PSA test after the operation showed a level of 0.01, but subsequent tests over the next nine months showed gradual increases. “It became obvious some cancer cells had evaded the removal operation,” he said.

Rutland underwent 35 radiation treatments at Methodist Jennie Edmundson, ending on St. Patrick’s Day 2021. His most recent PSA test, in June this year, was less than 0.01.

His message is positive: “I try to live every day with enthusiasm and cheerfulness,” he said. “Don’t put off actually living every day.”

Those who tune in to the online Spirit of Courage event will hear more of the award recipients’ compelling stories as they speak on behalf of the foundation’s continuing efforts.

“The foundation couldn’t help so many people without so many people helping us,” Slevin said. “The Charitable Patient Care Fund makes a profound difference in the lives of countless cancer patients and their families, and every dollar stays right here in southwest Iowa.”

From a letter: "I was dismayed to see the article in the Jan. 5 edition of the Daily Nonpareil in which Rep. Jon Jacobsen promoted a bill banning employers from requiring COVID-19 vaccinations or masks."

The newest member of the Nebraska State Board of Education described himself as a "conservative first, Republican second" who wants to restore local control to public school districts. 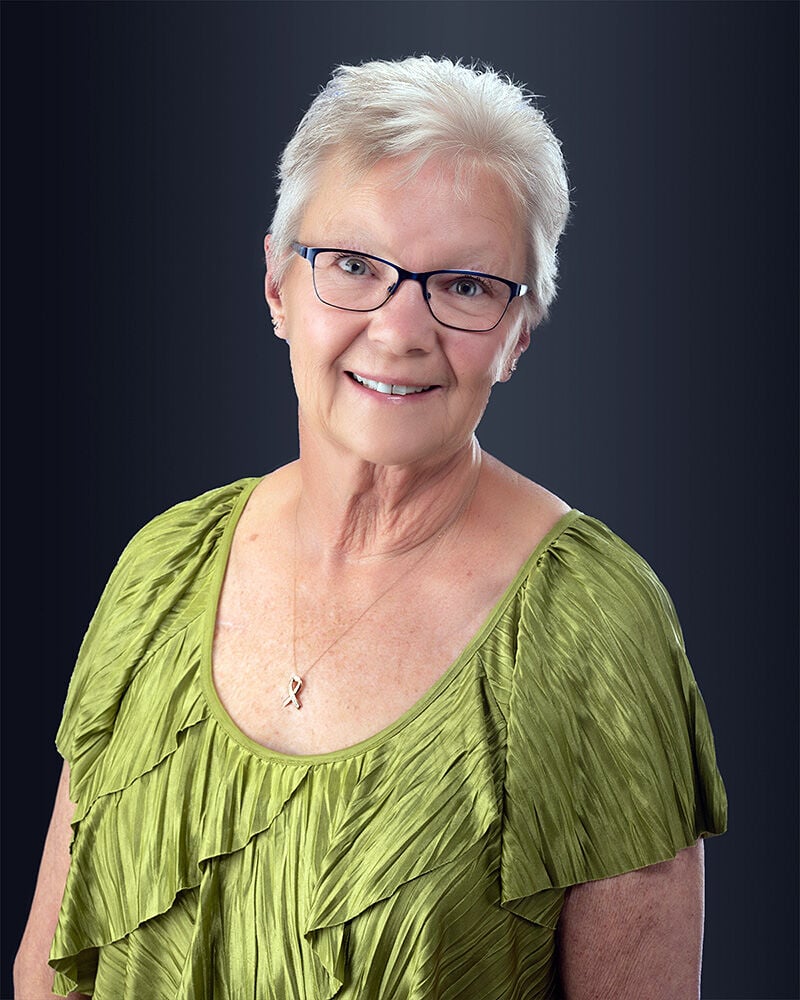 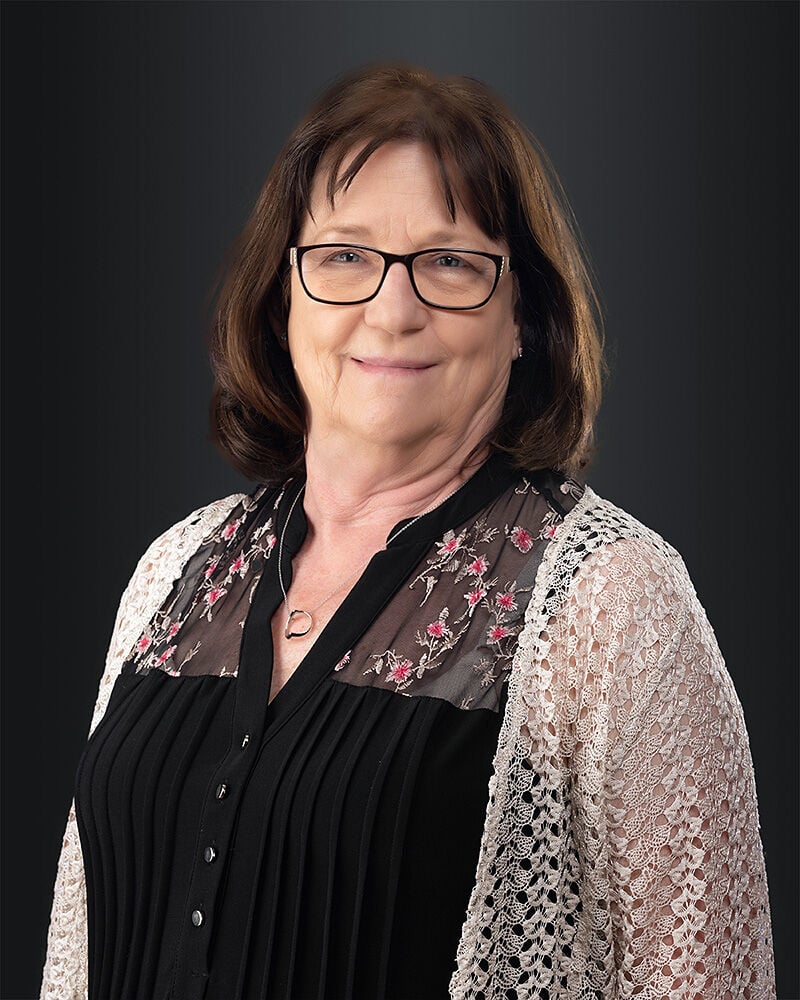 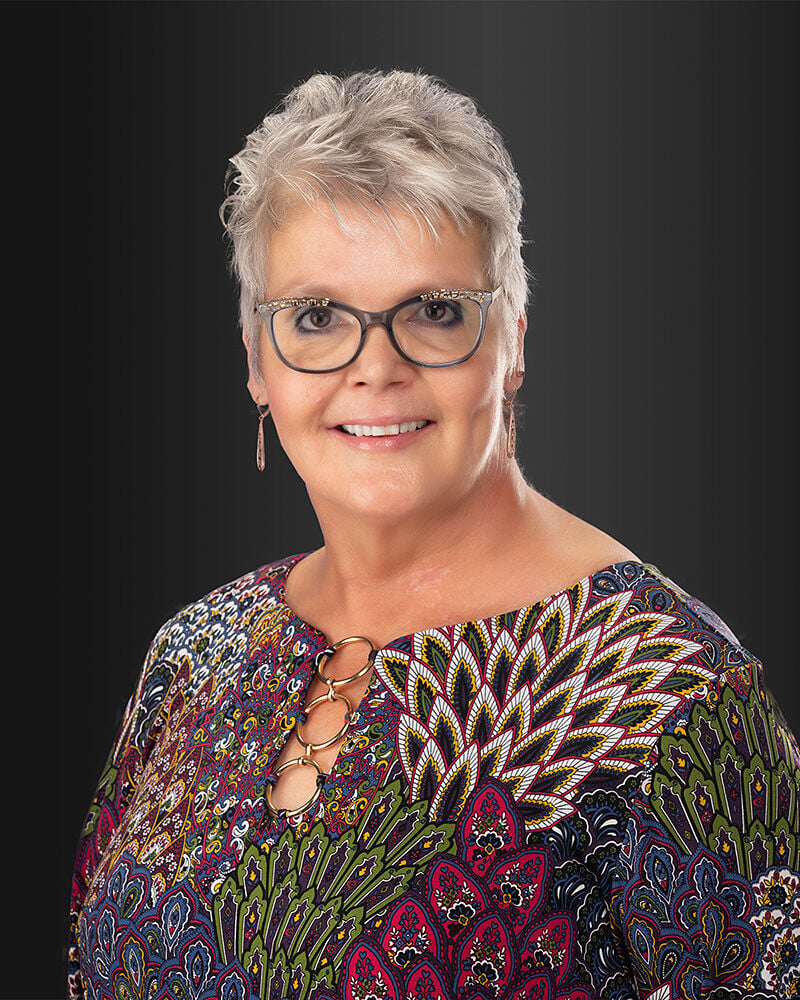 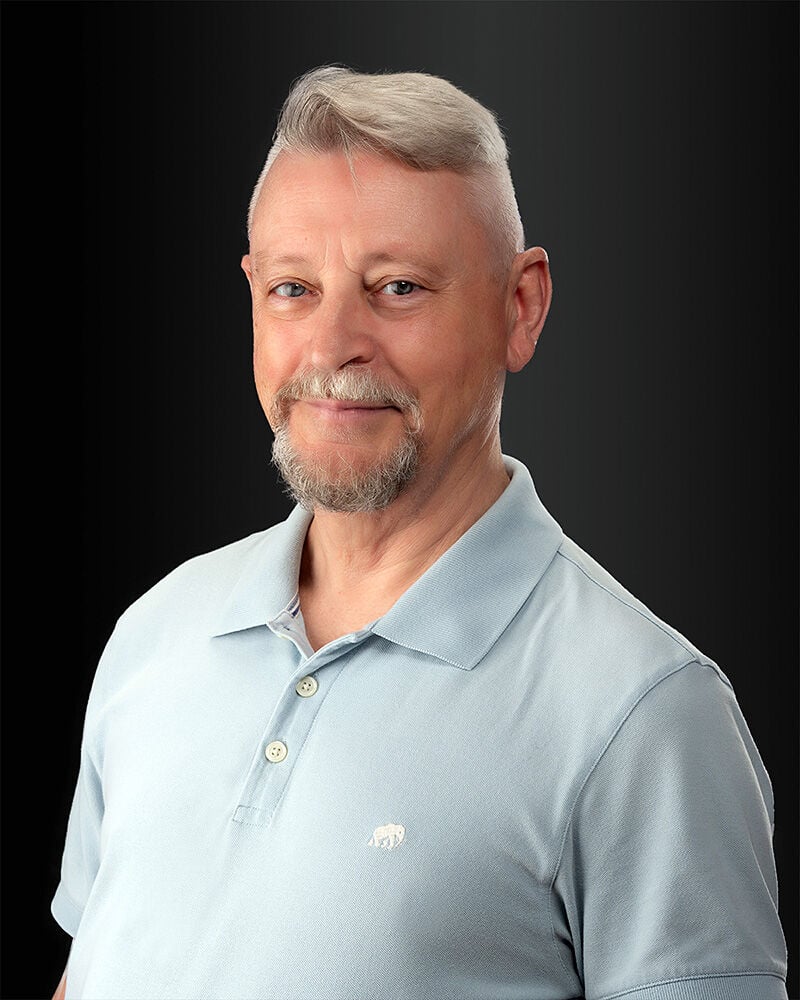