In this April 21, 2020 file photo, Kimberly Klacik, who is the Republican 7th Congressional District candidate, poses at her campaign headquarters in Timonium, Md. Klacik says her social media ads blaming Democrats for Baltimore's woes helped to secure a speaking role for her at the Republican National Convention in August. 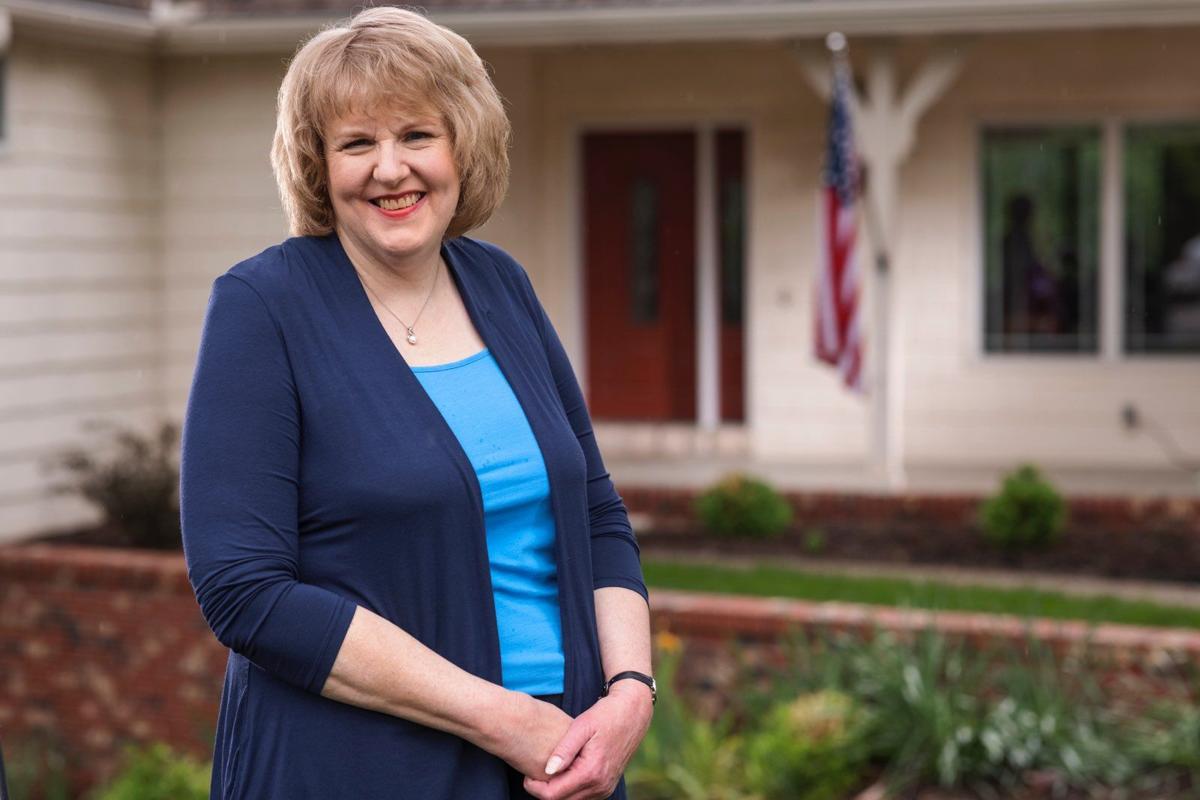 Kimberly Klacik, a former Republican Maryland congressional candidate who questioned the results after losing without evidence and has become a frequent guest on right-leaning media outlets, will host a fundraiser event in Treynor for Mary Ann Hanusa, who's seeking the Republican nomination for Iowa's 3rd Congressional District seat.

The event will be held from 4 to 7 p.m. on July 17 at the Treynor Community Center, 11 W. Main St. Tickets to the fundraiser cost $35 and can be purchased at bit.ly/3vaWAwX.

Hanusa is seeking the nomination for a seat currently held by Democratic Rep. Cindy Axne.

Klacik, of Baltimore, lost her November 2020 race against Rep. Kweisi Mfume, D-7th by 43.6 points and after conceding questioned the results without evidence, WBAL radio, Fox 45 News and other Baltimore outlets reported in November.

At the time, Klacik tweeted "we raised enough money to investigate."

“I’m very excited that Kim is making her first trip to Iowa to support me in my run for Congress," Hanusa said of the event. "While traveling across the 3rd District I’m listening to Iowans who want someone in Washington to fight to protect the freedoms that make our country great. They want common sense solutions to the issues that they face."

Klacik rose to prominence after criticizing the district for being run down during an appearance on "Fox and Friends" in July of 2019. The district was represented by Elijah Cummings until his death in October of 2019. Her criticism was later mentioned on Twitter by then-President Donald Trump.

She then sought and won the Republican nomination for the seat, losing an April 2020 special election to Mfume before losing in the general election.

Klacik was one of the first-day speakers at the 2020 Republican National Convention.

DES MOINES — The terrorists rode on motorcycles to the home in Afghanistan. They wore masks and carried guns. They came upon a little boy, gra…

Joe Biden and Vladimir Putin ended their summit, agreeing to nuclear treaty talks and returning their nations' ambassadors to posts in D.C. and Moscow.

A D.C. officer who defended the U.S. Capitol Jan. 6 blasted GOP Rep. Andrew Clyde for what he called "disgusting" behavior during a tense exchange.

Biden objects to raising gas tax to pay for infrastructure

LAS VEGAS — Democratic Gov. Steve Sisolak on Friday signed a law that would make Nevada the first state to vote in the 2024 presidential prima…

WASHINGTON (AP) — President Joe Biden on Tuesday installed an energetic critic of Big Tech as a top federal regulator at a time when the industry is under intense pressure from Congress, regulators and state attorneys general.

After a 10-year ban on congressional earmarks, Iowa’s U.S. House members are seeking more than $51 million for projects ranging from expanding…

Former lawmaker Rohrabacher confirms he was at Capitol riot

In this April 21, 2020 file photo, Kimberly Klacik, who is the Republican 7th Congressional District candidate, poses at her campaign headquarters in Timonium, Md. Klacik says her social media ads blaming Democrats for Baltimore's woes helped to secure a speaking role for her at the Republican National Convention in August.