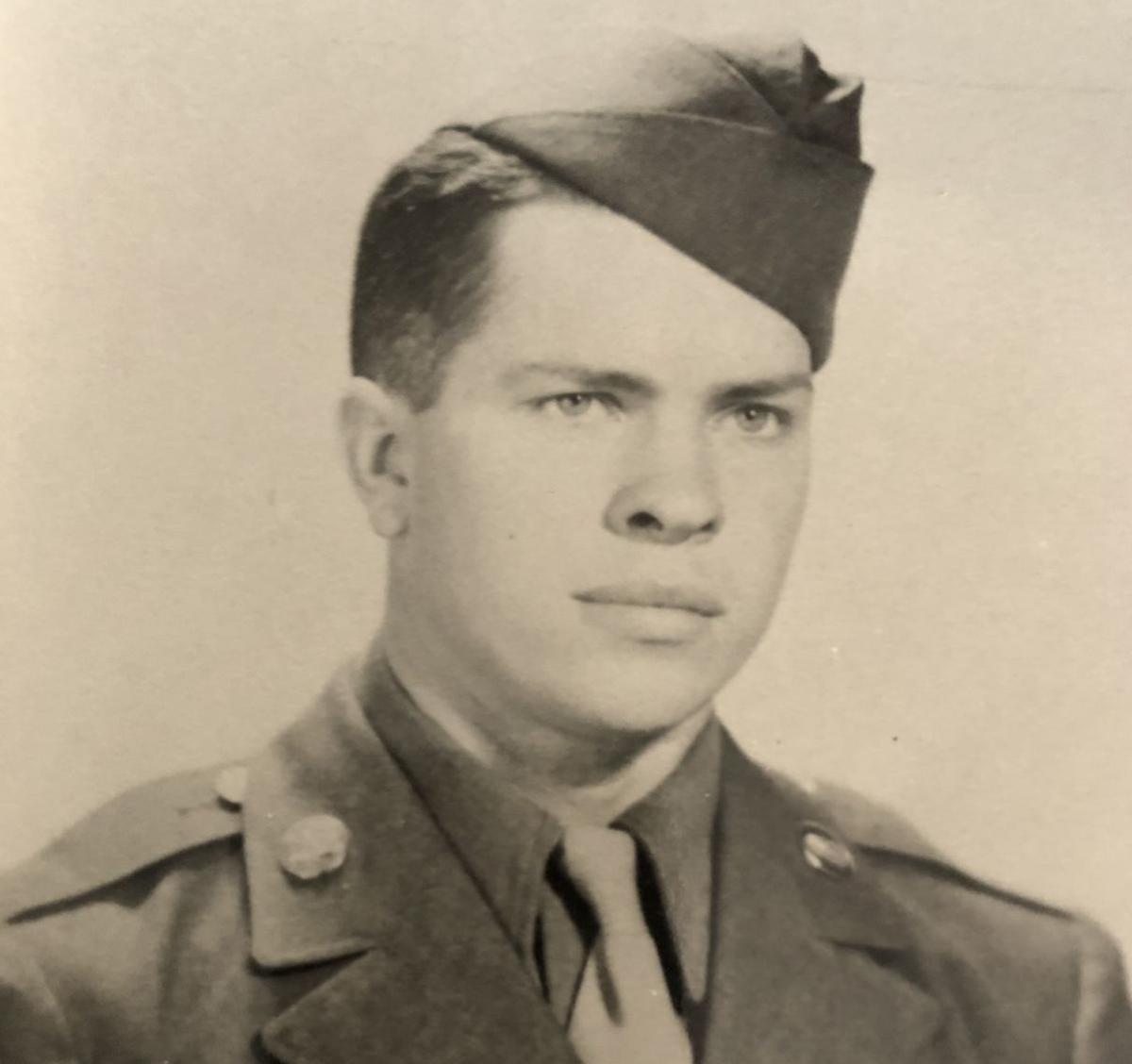 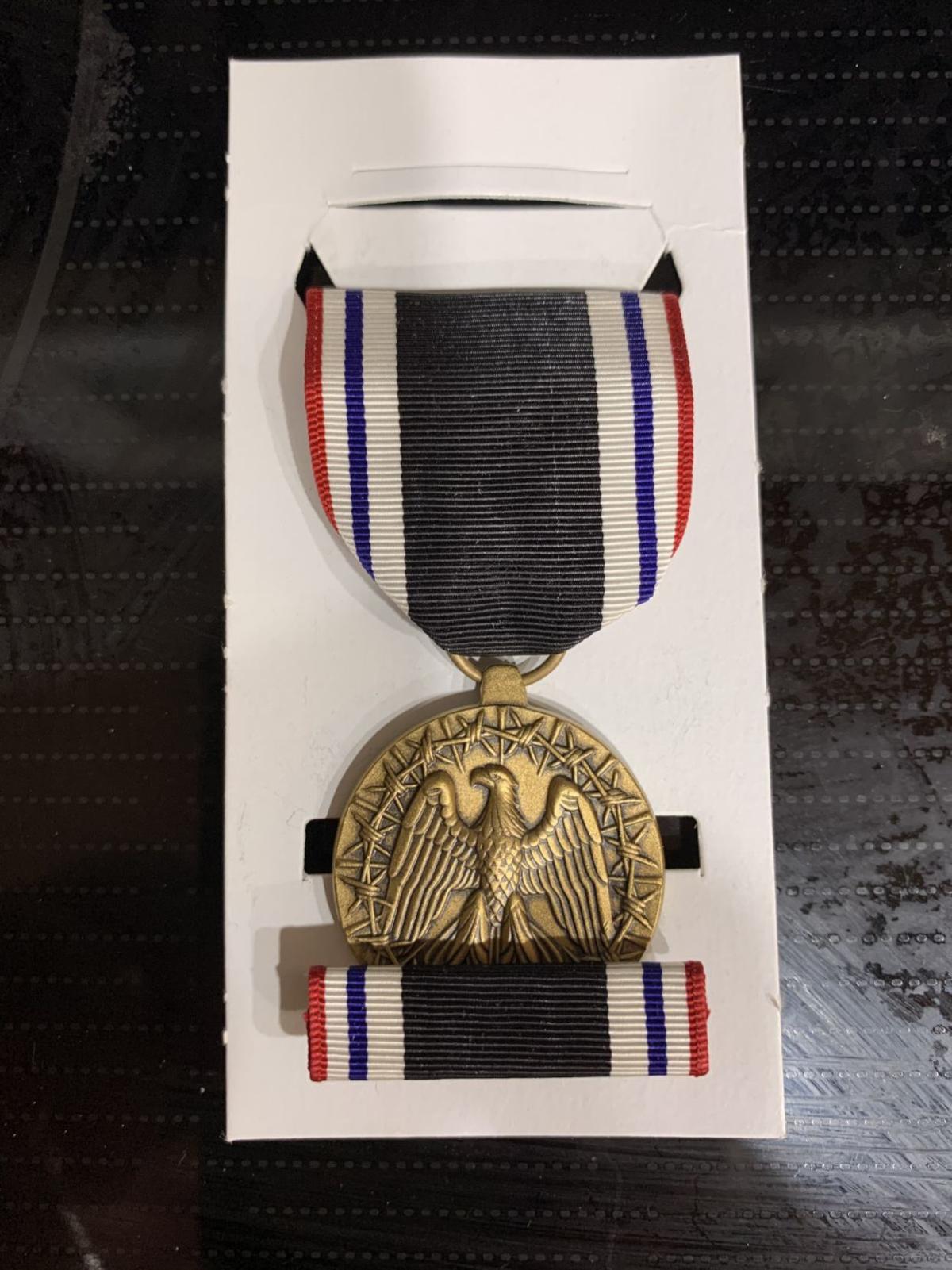 After 76 years, Crescent native and World War II veteran U.S. Army Private First Class Ray Sturm had his service record corrected on March 3 to reflect his time held as a prisoner of war.

The correction was made thanks to the efforts of Gene Sturm — his son, and Iowa Congresswoman Cindy Axne, D-3rd District.

Gene had worked to change those records since the 90s, when his father was still alive. Ray died on Nov. 27, 1993, but his family never stopped trying to set the record straight.

“The thing I can’t emphasize enough is Dad would have liked to have gotten it while he was alive. He knew what he did and anyone that talked to him for five minutes knew he lived it,” Gene said.

Gene had reached out to multiple local officials during that time. Most recently he submitted multiple documents to Axne, including photo copies of a letter the family received stating he was a POW on May 31, 1944.

Sixteen days later, on June 15 1944, the family received a letter saying Ray was returning to duty.

A Prisoner of War medal as well as a letter confirming Ray’s record change were received via mail this year. Gene awarded the medal to his mother, Ray’s widow, Mary Sturm.

Gene did this using safety precautions like wearing a mask to protect his mother who is 94.

“We’re all tickled, but at the same time it’s anticlimactic because we’re sitting around and have masks on because we can’t be too careful,” Gene said.

Gene served in the U.S. Army during the Vietnam War. Much of the following information came from their talks after Gene returned home.

At age 19, Ray was drafted into WWII.

Initially, he approached the draft board about joining the U.S. Air Force, however he was drafted into the U.S. Army instead. He was trained at Fort Knox, Kentucky, and entered armor school where he was trained as a Sherman Tank driver and gunner.

Once training was completed, he joined the 1st Armored Division in North America. He was moved from the tank force to armored infantry and often used as a scout. He “saw action” through Italy at Monte Cassino.

During one of these operations, Ray and a fellow U.S. army soldier and scout Jack were crawling down a ditch when a German machine gun opened fire.

“Seconds before the gun opened fire, he had rolled slightly to one side,”Gene said. “He was not sure why, but he just did it. Machine gun bullets flew by his body only inches away and exactly where he had been seconds before.”

After the close call, Ray was taken as a POW to the Anzio Prisoner of War camp.

“He said Anzio was the most afraid he ever was, at least for a long period of time,” said Gene.

Italian crowds called him names and spit on him and the other soldiers captured while they were taken to Anzio. Wearing a tanker uniform when captured, the Germans hoped to get information about American tanks out of him.

He was turned over to investigators.

He was stripped, repeatedly hit in the groin and beaten. As a last resort, they stood him in front of a firing squad to be killed.

“Years later, he said his body went cold all over while looking down the barrel of those rifles,” Gene said.

However, they never fired.

Ray never gave information on American tanks, and never lied out of fear of being killed.

Kept with other American and English POW’s, their captors placed many of them on a truck to be moved to a POW camp in Germany. He was going to follow a fellow U.S. Army scout onto the truck when a soldier hit him with his rifle butt, indicating to get back.

After several days, the prisoners saw there was a fight between the Germans and partisans, and used that opening to escape.

With no walls, barbed wire or fencing around the station; the German soldiers and fear were the main deterrents. Prisoners had been told the area was wired with explosives.

Partisans led the escape as the POWs ran. Many were recaptured, although Ray made it back to Allied lines running into an English unit.

“There were many disbelieving stares as he had been reported killed in action within the company, although the telegram reporting his loss to his mother and wife only said — ‘missing in action,’” Gene said.

After returning to the U.S. Army, Ray also returned to the battlefield.

Anyone held POW was not supposed to go back into the battlefield, so that’s likely why Ray’s records never reflected his time as a POW, according to Gene. However, this was never confirmed or denied.

At this time, the family said they are ecstatic Ray’s file was corrected.

A 12th Pottawattamie County resident has died after contracting COVID-19, the disease caused by the novel coronavirus.

A 12th Pottawattamie County resident has died after contracting COVID-19, the disease caused by the novel coronavirus.

The state COVID-19 website listed nine new cases of the disease in Pottawattamie County on Tuesday.

IOWA CITY (AP) — Iowa’s executive branch is getting a grim gift from a company that has long made garments for meatpacking workers: a free sup…

Morris Sandoval, still weak and bearing the tracheostomy tube placed to help him breathe, was wheeled out of Jennie Edmundson Hospital on Friday through a double row of clapping health care providers.

Friends of Lake Manawa and its partners have decided to cancel the annual fireworks show at the lake because of COVID-19 concerns.

The state COVID-19 website listed nine new cases of the disease in Pottawattamie County on Tuesday.