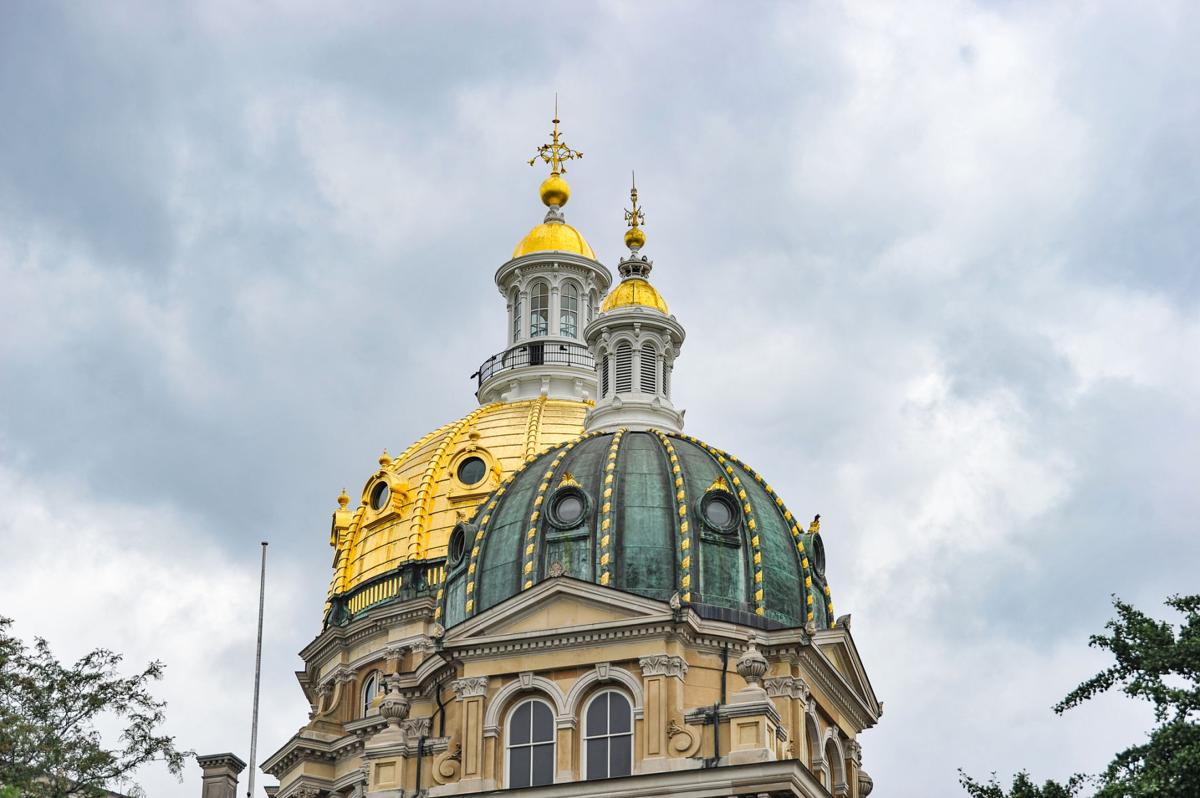 A roundup of legislative and Capitol news items of interest from Monday:

Unseasonably warm and dry conditions have allowed Iowa farmers to ramp up fieldwork and, in some parts of the state, get an early start on harvest, Iowa Secretary of Agriculture Mike Naig said Monday.

The U.S. Department of Agriculture reported corn in or beyond the dent stage reached 87%, three days ahead of the five-year average. Almost one-third of the corn crop has reached maturity, two days ahead of normal. Iowa’s corn condition rated 59% good to excellent.

Soybeans coloring or beyond reached 67%, three days ahead of the five-year average. Soybean condition was rated 62% good to excellent with isolated reports of soybeans being harvested.

After a stretch of wetter-than-normal weeks, unseasonably dry conditions returned to Iowa over the reporting period with only a handful of stations observing measurable rainfall. Generally higher temperatures were felt across much of the state.

Weekly precipitation totals ranged from no accumulation at a majority of stations to 0.22 inch near Lester and Rock Rapids in Lyon County. The statewide weekly average precipitation was 0.01 inch, while the normal is 0.83 inch.

Lansing Village Creek boat channel dredging will begin Wednesday and is expected to continue through Oct. 15. The boat ramp will remain open, but space will be limited.

The navigation channel from the boat ramp to the main channel Mississippi River will be dredged hydraulically. Hydraulic dredge materials will be pumped into geo-fabric bags that will remain in place for drying on the northwest corner of the parking area. Once material is sufficiently dried, it will be hauled away at a later date. The channel beyond the railroad and highway bridges will be excavated and removed by barge.

Boaters still will have access to the middle and north ramps. Expect delays while equipment is in the area. The northwest corner of the parking lot will be closed to parking. Boaters are urged to use caution and follow signage to avoid active work zones. Work will occur Monday through Saturdays.

Boaters can avoid construction delays by using alternate ramps in Wisconsin at Big Slough and Winneshiek Slough across the Blackhawk Bridge.

Heytman's Landing on Pool 9 still is extremely shallow and is also planned for dredging at a later date.

The Iowa Tourism Office launched the Iowa Farm & Fun Passport, which provides travelers the opportunity to discover farm experiences and family fun across the state while earning the chance to win prizes. The fall/winter edition of the Iowa Travel Guide is also available for travelers who want to learn more about exploring Iowa.

Research shows that fall tourism accounts for nearly 30% of all visitors, according to Amy Zeigler, Iowa Tourism Office manager.

The new passport joins existing programs for state parks, scenic byways, wine and beer. All passports are available at https://www.traveliowa.com/passport/.

UN secretary general says 'the world must wake up'

UN secretary general says 'the world must wake up'

During a roughly 15-minute appearance — only about half of which Biden spoke for — the first lady stressed the need for the federal government to approve President Joe Biden’s proposals for child care assistance and an extension of the monthly child care tax credit.

A seven-page letter from the coalition of Republican attorneys general calls the president's mandate "illegal" and says it is likely to increase skepticism about the vaccines.

A little something for everyone in redistricting proposals

Iowa redistricting: A little something for everyone

DES MOINES --- Proposed new political maps in Iowa would dramatically alter the state’s four Congressional districts and 150 statehouse districts for the next 10 years.

AG Miller to seek another term

Democrat Tom Miller, already the longest-serving state attorney general in U.S. history, is hoping to add another four years to his record run in 2022.