Here is a brief breakdown of Nebraska's senators and representatives in Congress.

At the center of allegations against Nebraska Rep. Jeff Fortenberry, who was indicted this week by a federal grand jury, is a 75-year-old Nigerian billionaire of Lebanese descent named Gilbert Chagoury.

For reasons that remain publicly unclear, Chagoury funneled $30,000 to the Nebraska congressman, who is charged with three felonies related to an ensuing FBI investigation. It is not the first time Chagoury, who lives in Paris and is a player on the international stage, has sought to purchase influence or been linked to corruption.

The tycoon is well-known among people who look into corruption challenges around the world and among people who know about some of the most “corrupt episodes in recent Nigerian political history,” Page said. Chagoury’s role of adviser to a notorious Nigerian dictator in the 1990s is well-documented, and he has had other brushes with scandal since.

Page said he didn’t expect to see a Nigerian — and especially not this particular Nigerian — at the center of the story about Fortenberry’s alleged crimes. But, he said, it demonstrates that “dodgy lobbying” or “dodgy connections” between foreign figures who have been implicated in corruption and U.S. officials happen more often than one might think.

The billionaire also has a legacy of large philanthropic donations. His gifts landed his name and his wife’s on a gallery at the Louvre Museum in Paris. In court documents, he has mentioned financial support of St. Jude Children’s Research Hospital and establishing a medical school at Lebanese American University among his causes.

In the ‘90s he contributed money to a group supported by Democratic Party officials. He’s also donated at least $1 million to the Clinton Foundation.

More recently he funneled money to the campaigns of four Republican U.S. politicians, including Fortenberry and former Nebraska Rep. Lee Terry, according to an analysis of federal election filings by the Center for Responsive Politics.

Because he’s a foreign national, Chagoury is barred from contributing to U.S. elections. According to Fortenberry’s indictment, Chagoury arranged for $30,000 to be contributed via other people to the congressman’s campaign during a February 2016 fundraiser in Los Angeles.

One of those conduits was Toufic Baaklini, who the indictment describes as a U.S.-based businessman who was a consultant for Chagoury and helped him with “financial dealings” in the U.S. Both Baaklini and Chagoury agreed to cooperate with the federal investigation and pay fines — Baaklini agreed to pay $90,000, Chagoury $1.8 million.

Baaklini is listed as president and chairman of the board of directors at In Defense of Christians, a group aimed at protecting Christianity in the Middle East. Chagoury’s website links him to that organization, too. It states that Chagoury “instigated and funded a convention” in 2014 “to keep Christians where Christianity was born” and was named “Honorary Chairman” of In Defense of Christians, which held its first “historic summit” in Washington, D.C.

“How many of you have ever been able to tell Toufic Baaklini ‘no’?” Fortenberry asks in opening his remarks, looking into the audience for a show of hands. “It’s unanimous: no one,” he said, before joking that Baaklini’s wife had raised her hand.

Like Fortenberry, Chagoury is devoutly Catholic — he’s ambassador to the Vatican for the Caribbean island nation of Saint Lucia. According to Chagoury’s website, which features several photos of the occasion, he was knighted in December 2016 in the Order of Pope Pius IX and had already been knighted in the Order of Saint Gregory the Great.

Fortenberry’s wife, Celeste, has said her husband went to California in 2016 to accept an award from a Lebanese community group in Los Angeles for his work protecting religious minorities in the Middle East. That trip included the fundraiser during which Chagoury’s money — passed through Baaklini and another associate to the eventual donors — was given to Fortenberry.

Fortenberry, an eight-term Republican from Lincoln, is accused of lying and misleading authorities who investigated Chagoury’s donations. The congressman has denied wrongdoing and pleaded not guilty during a court hearing this past week. For now at least, the congressman has forfeited his committee assignments, as is required by House GOP rules.

Chagoury’s illegal campaign contributions do not represent the first time he has been implicated in a money-funneling scheme.

He was once an adviser to Nigerian military ruler Gen. Sani Abacha, who seized power in 1993. Abacha “ruled the country with an iron and corrupt hand,” a Washington Post story said. He was known for “overseeing a web of corruption,” says another Post story, and stealing billions of dollars from the country. He’s also known for the execution of writer and activist Ken Saro-Wiwa, who opposed the military regime and criticized the oil industry for environmental harm.

According to the Post, Chagoury thrived and profited during Abacha’s regime, which lasted until his death in 1998 — securing contracts to build government buildings, supply the country’s fertilizer, buy its crude oil.

In the PBS Frontline story, Nigeria’s top anti-corruption prosecutor said Chagoury enabled Abacha to steal billions while making money for himself. The editor of an influential energy industry newsletter called him “the gatekeeper to Abacha’s presidency.”

After Abacha died, lawyers tracked billions in stolen money to bank accounts across the globe, and some were under Chagoury’s control, the Los Angeles Times reported.

Chagoury was convicted in Switzerland of laundering money and aiding a criminal organization in relation to the stolen money, according to Frontline, and he agreed to a plea deal in which he would pay a fine of a million Swiss francs and give $66 million to the Nigerian government. Swiss authorities later expunged his conviction. In a separate case in Nigeria, he won immunity from prosecution by agreeing to return money.

Page, the former U.S. State Department expert on Nigeria, called this time of life, during Abacha’s reign, Chagoury’s “rise.” The businessman became influential during the corrupt dictatorship, Page said — and he has continued to be a power player both in Nigeria and internationally.

During Abacha’s rule, Chagoury also tried to gain influence with the administration of President Bill Clinton. According to the Post, Chagoury gave $460,000 to a voter registration group that he was steered to by Democratic Party officials. After that, he had meetings with National Security Council officials and a seat at a White House holiday dinner, according to the Post.

Chagoury is listed on the Clinton Foundation’s website as cumulatively giving between $1 million and $5 million through 2020.

In 2013, the former president attended a celebration of Eko Atlantic, a Chagoury Group development project on land reclaimed from the ocean in Lagos, Nigeria.

“And, especially, I thank my friends Gilbert and (Gilbert’s brother) Ronald Chagoury, for making it happen and keeping their commitment,” Bill Clinton said at the podium.

A 12.2-acre site in Eko Atlantic has since been chosen for a new U.S. consulate.

According to the Los Angeles Times, by 2015, U.S. diplomats had selected property there as the preferred site. A State Department spokeswoman did not answer questions about whether the Clintons had recommended the location, according to the Times, but said it was on a list of possibilities a real estate firm submitted in 2012.

On May 15, 2019, during the Trump administration, the U.S. Mission in Nigeria signed a contract to acquire the site, according to an announcement on its Facebook page. Just this month, the U.S. Bureau of Overseas Buildings Operations announced a design-build contract had been awarded for the new consulate.

During Hillary Clinton’s presidential run, the Los Angeles Times reported, based on information from government agencies, that Chagoury was denied a visa in 2015 due to allegations that linked him to Hezbollah, a U.S.-designated terrorist organization.

Chagoury sued the agencies. The suit ultimately settled, with the government confirming that Chagoury had never been on a U.S. sanctions list and that financial institutions could work with him.

An attempt to reach Chagoury was unsuccessful, and his brother, Ronald, did not respond to an email. Mark Corallo, who is on In Defense of Christian’s board of directors and was once Chagoury’s spokesperson, said in an email that he’s no longer representing him.

In the Times story, Corallo called Chagoury a “peace-loving” man who has been unfairly scrutinized because of his ties to the Clintons. He also has denied involvement in providing material support to any terrorist organization.

Officials have not explicitly said why Chagoury chose Fortenberry for the illicit donations. Justice Department documents said Chagoury was advised to “contribute to U.S. politicians from less-populous states” because the gifts would be “more noticeable” and provide greater access to the lawmakers.

Someone like Chagoury — a wealthy individual seeking to to gain influence in Washington, D.C. — could target a politician who he thinks might be more easily influenced, Page said. Or the connection could be circumstantial, driven by the people lobbyists know well or the product of a chance meeting.

Regardless of motivations, the episode illustrates the perils of politics being fueled by money, Page said. Dirty money from elsewhere can “percolate” to far-off places, including Nebraska, he said. In this case, it has had an outsized impact: It could potentially jeopardize the career of one of the state’s longest-tenured politicians.

Here is a brief breakdown of Nebraska's senators and representatives in Congress. 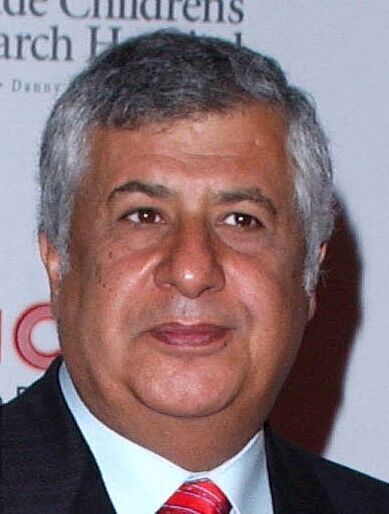 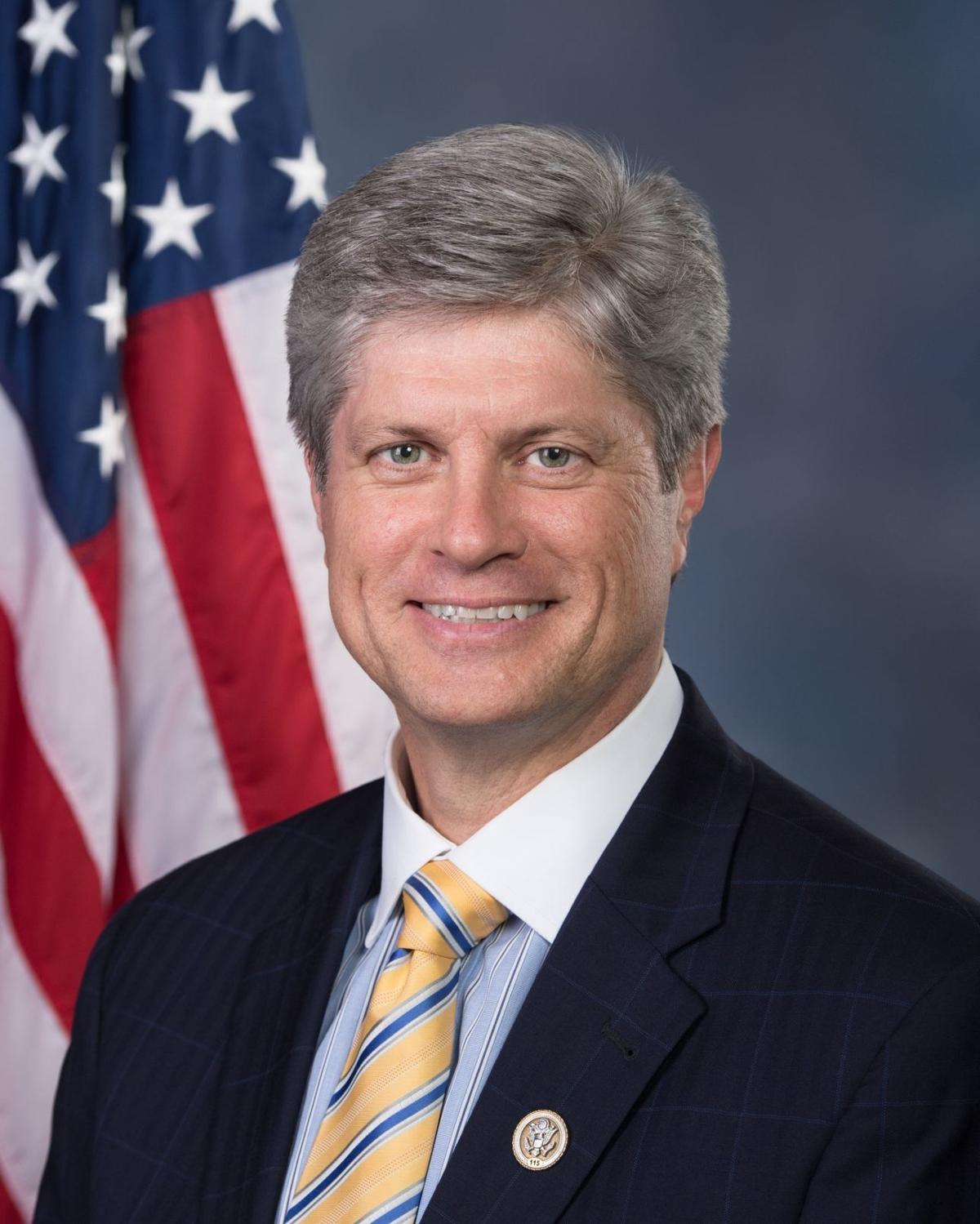