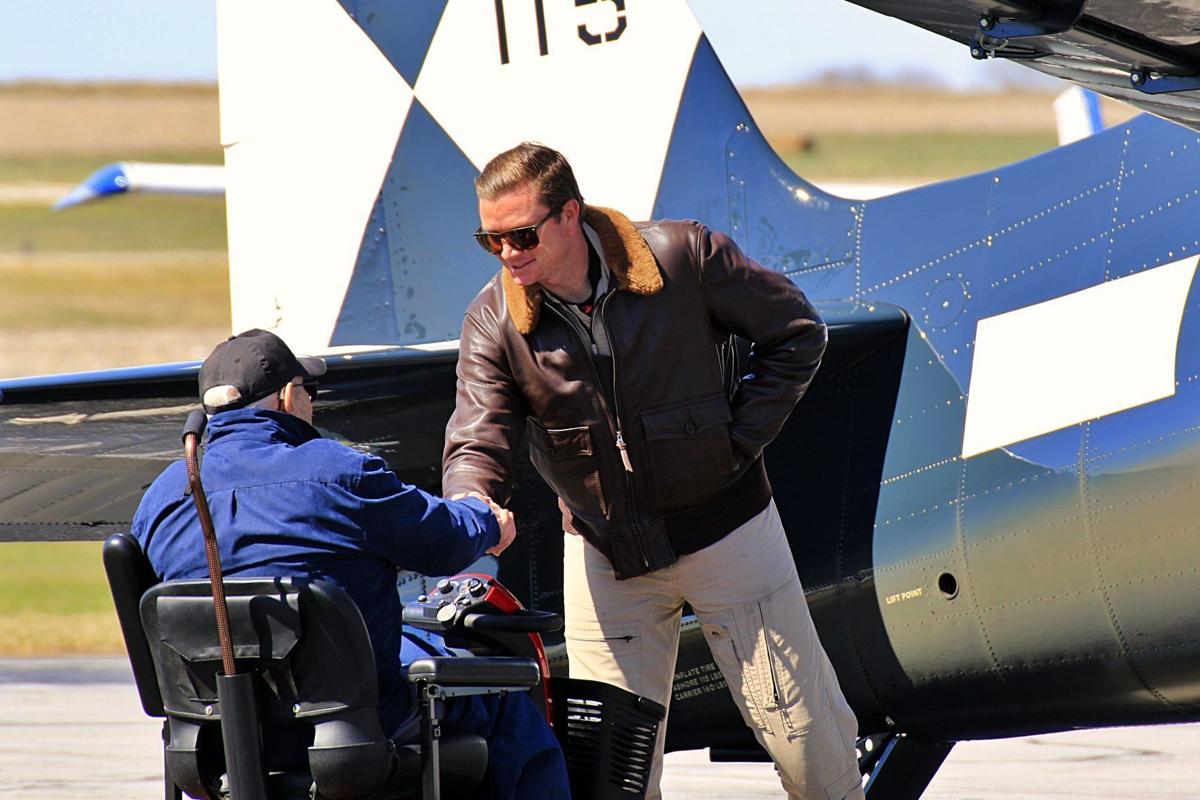 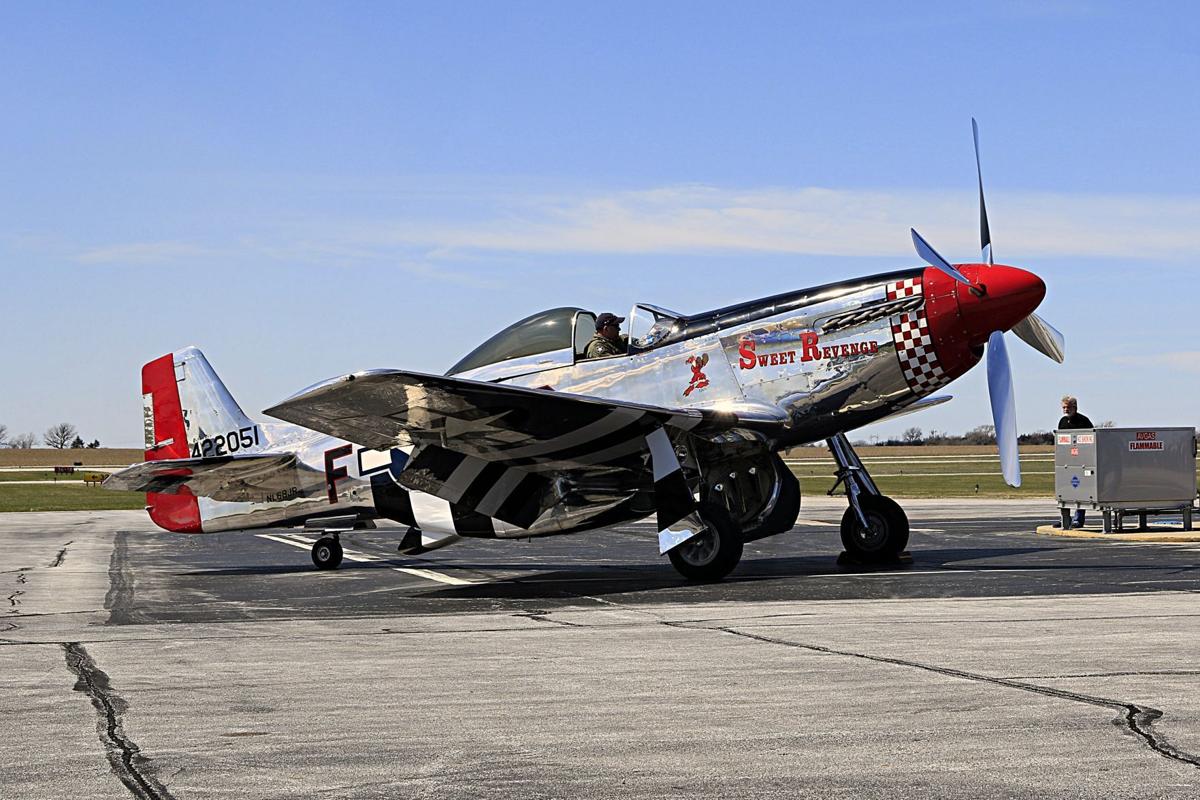 A F6F-5 Hellcat sits at the Beatrice Municipal Airport. The plane was restored by a California company and was flown to Beatrice Sunday.

Seventy-five years after Don McPherson flew the F6F-5 Hellcat Death N’ Destruction in World War II as a Navy Ace, a restored version flew into Beatrice so he could once again see and hear the airplane.

McPherson flew in Iwo Jima, the Philippines and then Okinawa. His unit’s last duty was to fly cover for General Douglas MacArthur’s occupation forces until the war ended.

“I loved the Hellcat. It was very easy to fly and dependable. It had a 19-to-1 kill ratio,” McPherson said.

McPherson also served 10 years in the reserves after he returned to farm near Adams.

There, he connected with employees of the Fagen Corporation, which was building an ethanol plant in Adams.

“We started talking about my days of flying the Hellcat, and they asked my permission to restore and paint their plane like Death N’ Destruction for their museum in Minnesota," he said.

“This is really exciting and I’m so honored.”

After a 2½-year restoration by Steve Hinton Jr. of Fighter Rebuilders of Chino, California, Hinton flew the Fagen Fighters F6f-5 Hellcat Death N’ Destruction to Beatrice. Its new home will be at Fagen Fighters WWII Museum in Granite Falls, Minnesota.

Evan Fagen flew the P-51 Mustang Sweet Revenge into Beatrice as a part of the ceremony.

About 200 members of the community, family and friends of McPherson were part of the ceremony. The Legion Riders were also on site to honor McPherson and his service.

“We are so fortunate to be able to be a part of this,” she said.

STORIES OF STRUGGLE AND SACRIFICE DURING WORLD WAR II:

“I just think it’s a disgrace, what they’re doing to our veterans,” said Teresa Ricci of Grand Island, who was holding a sign that read, “Take care of our elderly & and veterans. Do not evict them!” Ricci’s husband is a veteran.

A F6F-5 Hellcat sits at the Beatrice Municipal Airport. The plane was restored by a California company and was flown to Beatrice Sunday.