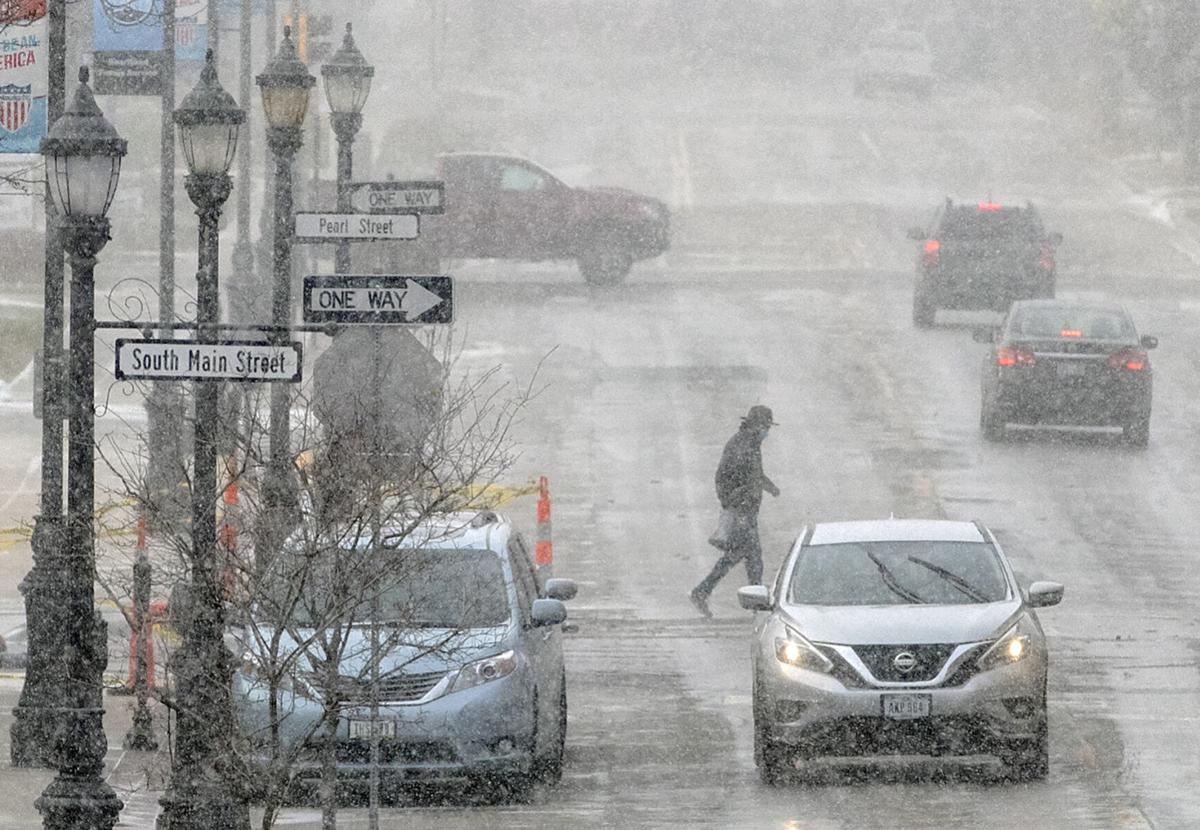 Visibility is low as snow blows through downtown Council Bluffs on Dec. 23. 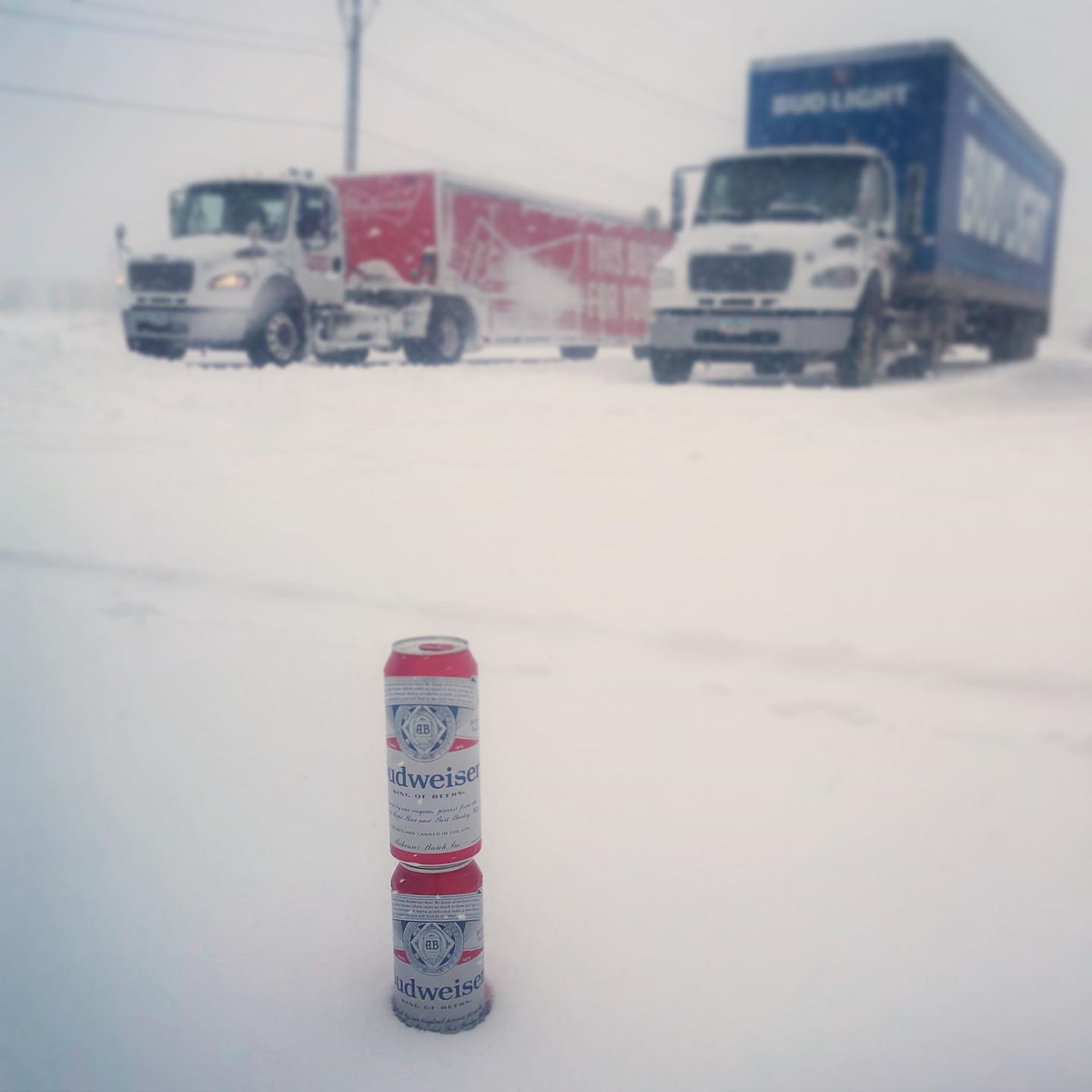 Measuring snowfall at the Doll Distributing warehouse in Council Bluffs on Dec. 29, 2020. 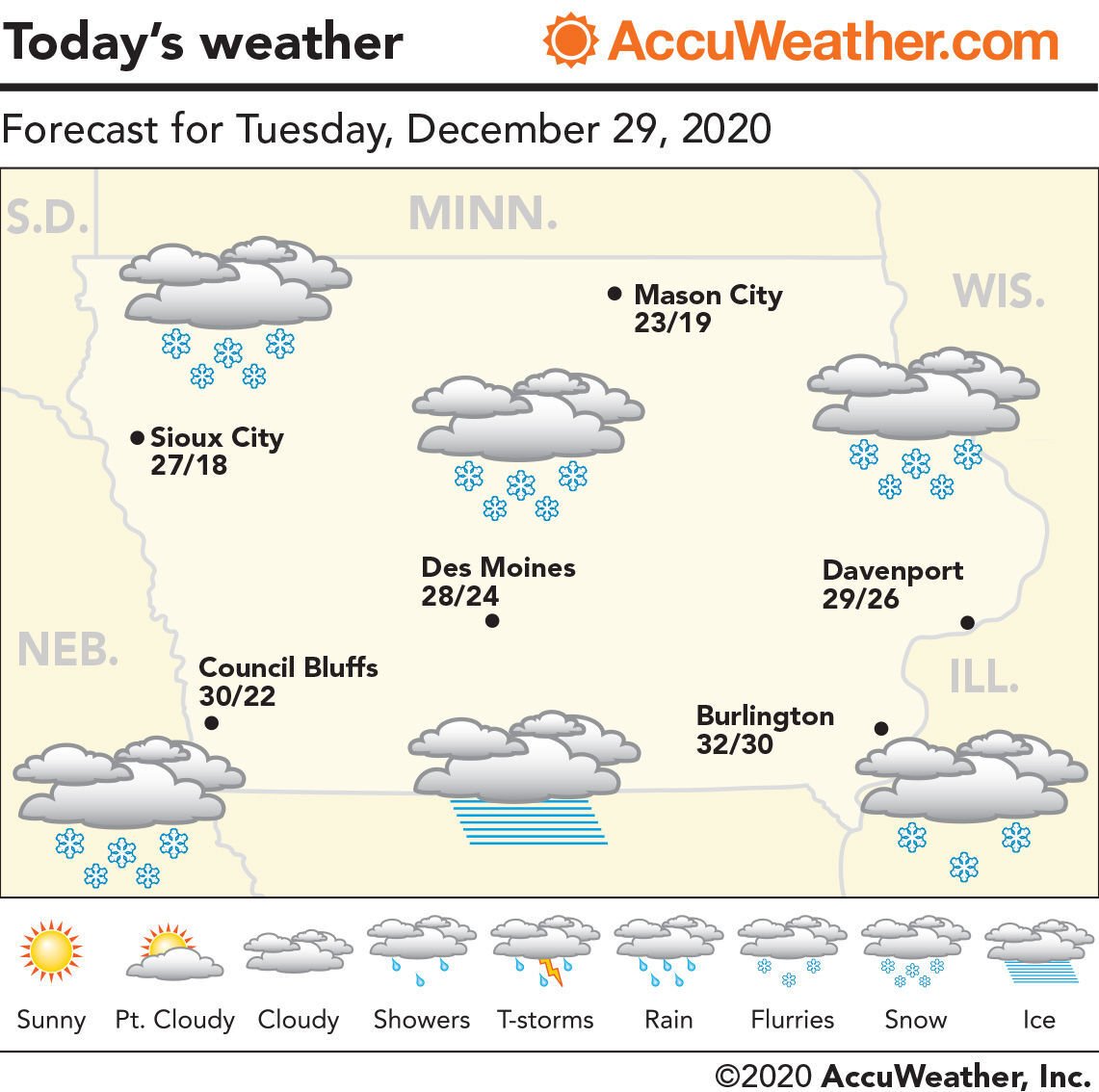 A winter storm warning is in effect until 6 a.m. Wednesday for the Council Bluffs-Omaha area, said Katie Gross, a meteorologist with the National Weather Service office in Valley, Nebraska. Pottawattamie and Shelby Counties in Iowa are included in the warning.

Under an emergency parking ban declaration, cars parked on designated routes are subject to a fine and/or towing at the owner’s expense.

Pottawattamie County has declared a 24-hour snow emergency, beginning at noon today and ending at noon on Wednesday. Vehicles cannot be parked on or along any public roadway during snow removal operations, the county engineer's office announced at 9:30 a.m.

Other county jurisdictions with snow emergencies in place include:

Closed due to weather conditions:

Interstate 29 south from Council Bluffs to the Missouri border is also completely snow-covered.

Peak snow intensities are expected from mid-morning into late afternoon, making the afternoon or evening commute difficult. The wintry precipitation is expected to diminish by late evening into the overnight hours.

Total snow accumulations will range from four to seven inches.

• If it is necessary to park on the street, please be aware of where you are parking to allow room for large snow equipment and emergency vehicles. If possible, find off-street parking.

• During plow operations, a windrow of snow will be deposited at the end of driveways and some additional snow will end up on sidewalks. It is the responsibility of the property owner/resident to remove this snow.

• Public works does not plow alleys.

• Any parking bans will be announced through local media, including Facebook.

Due to road conditions, trash and recycling collection has been halted today for Council Bluffs residents on city waste services, public works announced this morning.

Trash and recycling collection will resume Wednesday and be one day behind the remainder of the week with Thursday’s collection on New Year’s Day and Friday's collection on Saturday. Trash limits still apply.

Public works asked residents to be patient with waste haulers as they overcome difficult weather conditions. Placing trash and recycling on top of snow drifts is unacceptable and may lead to uncollected waste. Clean a place free of snow and ice within 5 feet of the traveled roadway with a path wide enough to accommodate collection.

For more information, contact the Council Bluffs Recycling Center at 712-890-5454.

• Stretch before shoveling. Just like you would do before exercising in a gym, stretch prior to picking up your snow shovel. Warm up your muscles with some light exercise for 10 minutes to reduce your risk of sprains, strains and muscle tears.

• Use the right equipment. Ergonomic snow shovels can make shoveling less taxing, reducing your risk for sprains and strains. Spacing hands on the tool grip can increase leverage, making shoveling easier and less likely to lead to injury.

• Pushing snow instead of lifting it. The AAOS recommends pushing rather than lifting snow when possible. If snow must be lifted, squat with your legs, knees bent and back straight. When lifting, lift with your legs and do not bend at the waist. Scoop small amounts of snow at a time and walk to where you want to dump. The AAOS warns against holding shovels full of snow with arms outstretched, as doing so puts too much weight on the spine. Snow should not be thrown over the shoulder, as such a technique requires a twisting motion that puts stress on the back. In addition, the AAOS notes that heavy wet snow should be removed in pieces and not all at once.

The forecast, according to the weather service:

Today: Snow before 5 p.m., then more snow, possibly mixed with freezing rain. The snow could be heavy at times. High near 30. Southeast wind 10 to 16 mph, with gusts as high as 24 mph. Chance of precipitation is 100%. Little or no ice accumulation expected. New snow accumulation of 3 to 7 inches possible.

Tonight: Snow and freezing rain likely, becoming all freezing rain after 11 p.m., then gradually ending. Mostly cloudy, with a low around 21. Southeast wind 5 to 10 mph becoming light and variable. Chance of precipitation is 70%. New snow accumulation of less than a half inch possible.

Wednesday night: Partly cloudy, with a low around 4.

Thursday: Mostly sunny, with a high near 20.

Thursday night: Mostly cloudy, with a low around 8.

New Year’s Day: A slight chance of snow before noon. Partly sunny, with a high near 23.

Friday night: Mostly cloudy, with a low around 10.

Saturday: Mostly sunny, with a high near 29.

Saturday night: Partly cloudy, with a low around 16.

Sunday: Mostly sunny, with a high near 36.

Get the daily forecast and severe weather alerts in your inbox!

Forecast: High of 49 today, chances for snow this weekend

The Council Bluffs-Omaha area will see sunny skies through Friday, before chances for snow return on Saturday.

Forecast: Sunny today, chance of snow on the way

Today looks to be warm and sunny, but the forecast is about to take drop as we head into the weekend, according to the National Weather Service.

The National Weather Service predicts a 40% chance of snow today, with snow and freezing drizzle possible this evening into the overnight hour…

Forecast: Wintry mix in the area this weekend

It’s set to start snowing this afternoon, with a chance for snow mixing with freezing rain after 4 p.m.

Due to blizzard weather conditions, trash and recycling pick up in Council Bluffs is canceled today. Routes will be picked up on Saturday.

Due to blizzard weather conditions, trash and recycling pick up in Council Bluffs is canceled today. Routes will be picked up on Saturday.

Very strong northwest winds are possible today and Friday behind a strong cold front, the National Weather Service reported. A wind advisory i…

Drought a bigger threat than flooding along Missouri River

The river's six reservoirs have already dropped to the level considered necessary to be ready for the spring flood season.

Visibility is low as snow blows through downtown Council Bluffs on Dec. 23.

Measuring snowfall at the Doll Distributing warehouse in Council Bluffs on Dec. 29, 2020.