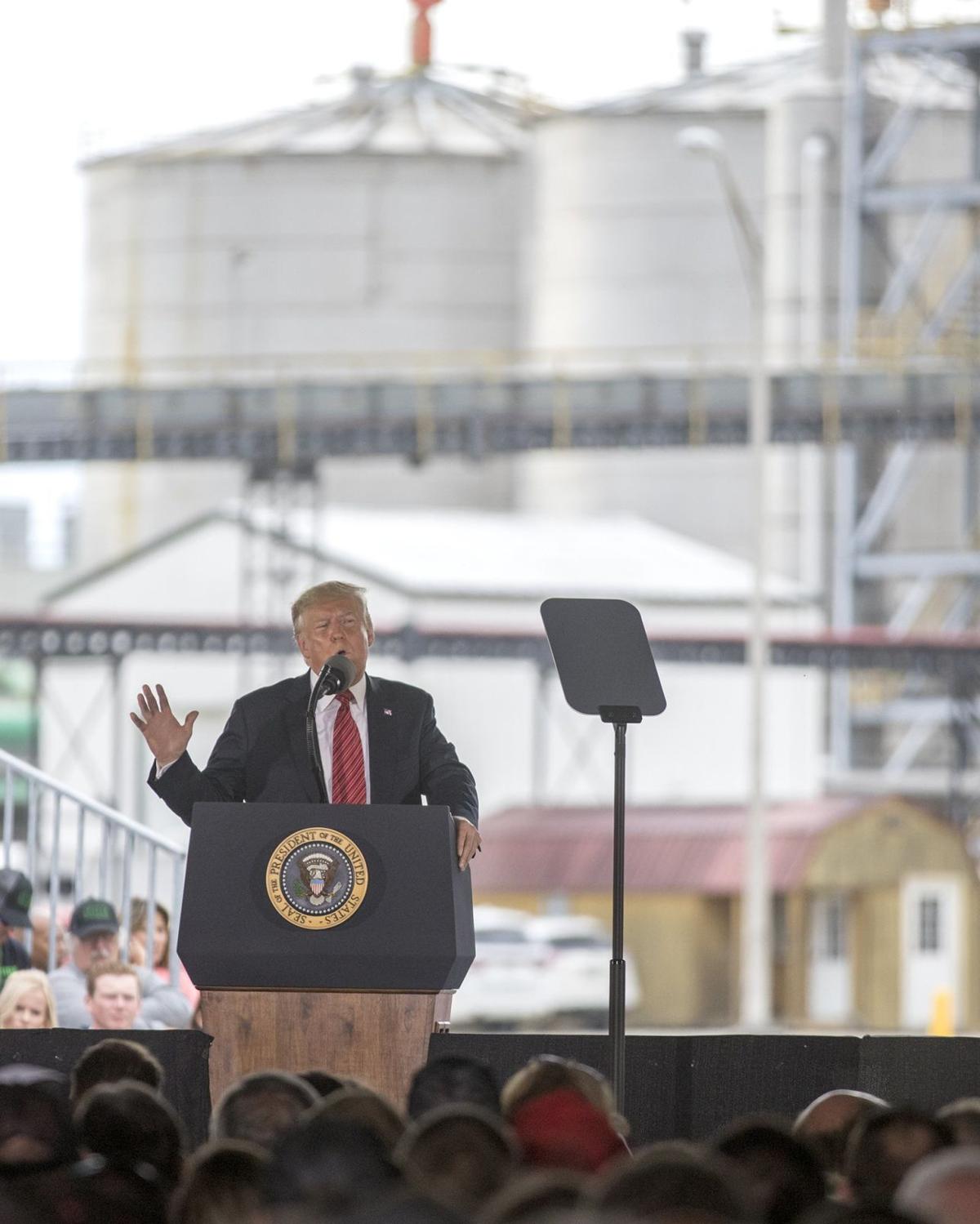 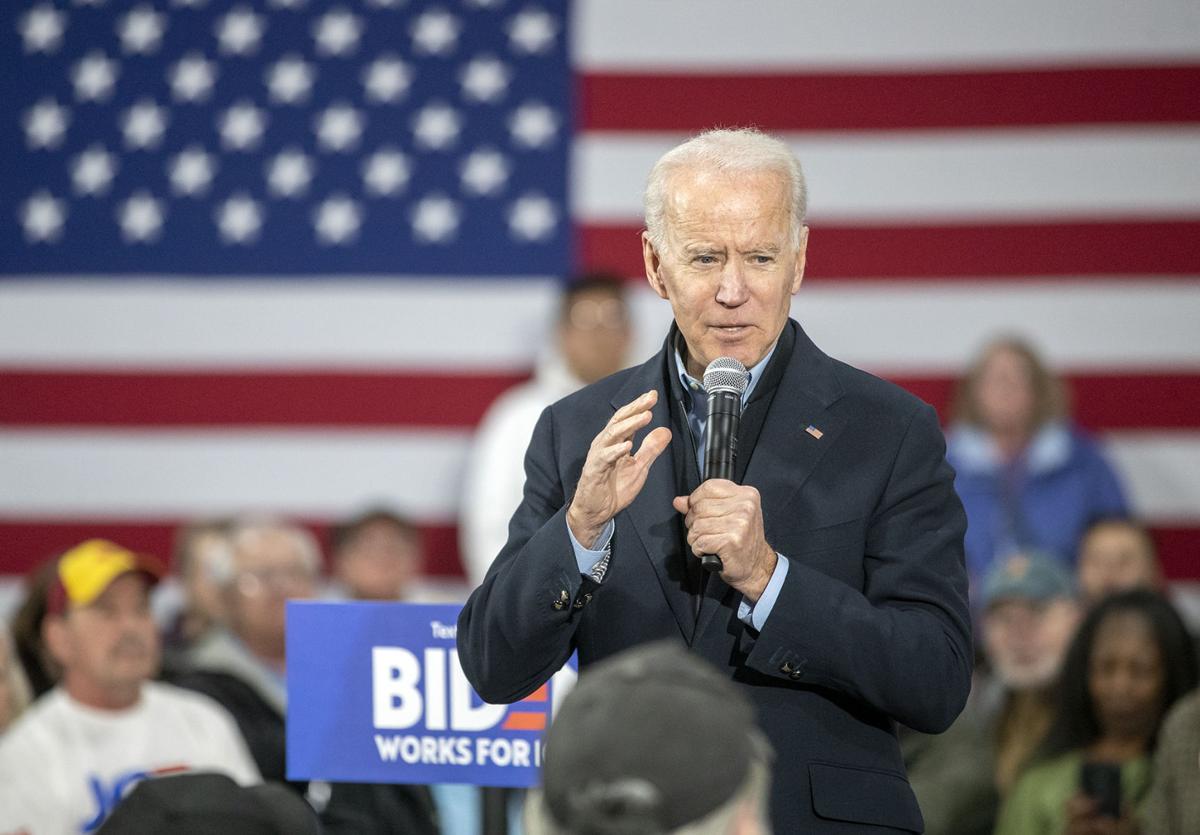 There is rarely a dull day in Iowa politics, and the next 100 will be no exception.

Today marks 100 days until the 2020 general election, which in Iowa will feature competitive races up and down the ballot. So it’s a good time to take stock of everything worth watching in the days and weeks leading up to November 3.

There is a race one spot higher on the ballot, but this is the one Iowans should be watching just as closely. Republican freshman U.S. Sen. Joni Ernst is facing Democratic challenger Theresa Greenfield.

This race will determine who holds this seat the next six years. That alone should be sufficient reason to pay attention. But it also figures to play prominently in which party controls the U.S. Senate. That’s some seriously thick icing on an already-rich election cake.

Speaking of which, re-election will be no cake walk for Ernst.

The national parties and interest groups also are all over this race because of its implications for control of the U.S. Senate. Their ads are all over TV and it won’t stop until Nov. 3.

Iowa is typically good for two congressional races each cycle. But how about four?

Each race promises to be competitive, or at least intriguing.

Eastern Iowa’s 1st District and central Iowa’s 3rd District are almost always close contests. This year is no different. A pair of Democratic freshman incumbents, Abby Finkenauer in the 1st and Cindy Axne in the 3rd, are facing tough re-election battles against the GOP’s Ashley Hinson and David Young, respectively.

Meanwhile, the 2nd District is an open-seat race where Democrats are trying to maintain a seat in the eastern Iowa district that President Donald Trump carried in 2016.

As for the 4th District, it promises to be worth watching, too, if for no other reason than the decided lack of Steve King. The 9-term incumbent Republican’s incendiary comments finally caught up to him. He lost a GOP primary to state legislator Randy Feenstra in June.

Feenstra will face Democrat J.D. Scholten, who came within an eyelash of upsetting King in 2018.

Running against Feenstra, instead of King, will be more difficult for Scholten. But the Democrat made noteworthy gains in 2018 and comes into this race with more name recognition. Maybe this will be another close one on Election night.

Iowa House races will be worth watching as Democrats try to take out one of the three legs of the Republicans’ complete control of the Iowa Capitol. The GOP has just a 53-47 edge in the Iowa House, and Democrats believe they can flip enough seats to regain a majority.

If Democrats can flip the chamber, they stop the GOP’s ability to pass laws without the Democrats’ approval.

Democrats maxed out their victories in the suburbs in 2018. So, to flip the chamber, they must protect those wins and pick up more seats, most likely in Iowa’s Mississippi River border counties.

What is still unclear: To what extent the Trump and Biden campaigns see Iowa as vital to their pursuit of 270 electoral votes. That will determine whether they plan to campaign here.

Iowa may not receive as much attention as in previous elections. Most pundits see states like Wisconsin, Michigan, Florida and Arizona, among a few others, as more important to the campaigns’ political calculus. Still, Iowa is important enough for Trump to run TV ads here, so we’ll see.

A backdrop to all these races is the intrigue over how Iowans will actually vote. With the pandemic still a very real threat, voters may be motivated to vote via absentee ballot, as a record number did during the June primary.

The question is, which party has the advantage in absentee and early voting. Democrats typically do better with early voting and Republicans make up the ground on Election Day. But if this year has taught us anything, it’s that predictions are chancy; answers will have to wait 100 days.

— Erin Murphy covers Iowa politics and government for Lee Enterprises. His email address is erin.murphy@lee.net. Follow him on Twitter at @ErinDMurphy.

Iowa Gov. Kim Reynolds’ public approval rating for how she has handled the new coronavirus pandemic is the lowest of any U.S. governor, accord…

Positively Speaking: When did we stop caring for each other?

Opinion: How does a good citizen cope with a bad government?

"How does it become a man to behave toward this American government to-day?" This is a question that Henry David Thoreau asked in 1848 as he considered his relationship to an administration that he thoroughly detested. The administration was President James K. Polk's, and the immediate cause of Thoreau's discontent was the Mexican War, an illegal land-grab that moved Ulysses S. Grant to ponder ...

Supermarket cashiers, stockers, butchers and bakers all play a vital but long undervalued role in our food chain. During the pandemic, they have been on the front lines risking - and too often losing - their lives to make sure that our families and communities stay fed. In the United States alone, thousands of grocery workers have contracted COVID-19 and at least 70 have died. All over the ...

Arlene and I built our dream home 26 years ago. We put every bit of emotion and money into our dream. We even gave it a name, FoxMoore Farm. W…

Who exactly is God? I’d like you to meet the Father I’ve come to know.

Doyle McManus: To judge monuments, think about their meaning

WASHINGTON - At Gettysburg, where the bloodiest and most decisive battle of the Civil War occurred, no fewer than 1,320 monuments are scattered across the rolling Pennsylvania landscape. Some memorialize Union generals and their men; others remember Confederates. One is especially poignant: the Maryland monument, which lists both Union and Confederate units from one divided state. It depicts ...

Echoes: ‘Why are some lawns greener?’

“Why are some lawns greener?” I have asked myself this same question so often over time. And even though I have asked for expert help, receive…