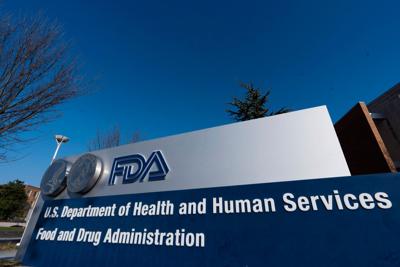 Few diseases are as cruelly debilitating as amyotrophic lateral sclerosis (ALS). But a Food and Drug Administration advisory committee recently gave patients a glimmer of hope by backing a new treatment that can slow their decline and provide precious more time to live.

ALS, or Lou Gehrig’s disease, is a neuro-degenerative affliction that gradually robs people of their ability to function. It afflicts about 30,000 patients in the U.S. with 5,000 new cases each year. Patients typically live only two years after a diagnosis as they lose their ability to control essential muscle movements and eventually to chew and breathe.

Scientists don’t fully understand what causes the disease, and only two treatments are approved. Neither has shown to both extend life and slow functional decline. But Amylyx Pharmaceuticals’ experimental drug did both in a small Phase 2 trial. Patients treated with the drug lived on average 4.8 to 11 months longer than those who weren’t and experienced 25% slower functional decline over 24 weeks.

But an FDA advisory committee in March voted 6-4 against approving the drug. Many members wanted to wait for results from Amylyx’s Phase 3 trial, which likely won’t be complete until late next year or early 2024. They worried that approving the drug would give patients false hope if the Phase 3 results prove less beneficial. Our guess is that patients will take their chances on any hope.

Tulsa World: Get the new COVID-19 booster to keep the virus at bay

FDA leaders appeared inclined but reluctant to approve the drug after the political lashing they took for overruling their advisory committee last year to approve Biogen’s experimental Alzheimer’s drug. Billy Dunn, the FDA chief of neuroscience, was pounded by the public-health left for urging regulatory flexibility amid positive but inconclusive trial results.

The FDA earlier this summer made an unusual decision to let Amylyx submit more trial data and reconvene its advisory committee for a second look. Canadian regulators in June approved the drug on condition Amylyx completes the Phase 3 trial, which prompted some patients to consider heading north to obtain the drug. What an embarrassment for the U.S.

The U.S. is the world’s leading pharmaceutical innovator, and Americans typically get access to more novel treatments, and sooner, than patients in countries with government-run health systems. But the public-health left is campaigning to limit access to expensive new treatments, and Amylyx’s ALS drug was nearly caught in the crosshairs.

The good news is that advisory members appeared to have been moved at their recent meeting by wrenching testimony from ALS patients and the doctors who treat them. Patients who received the drug said it helped stabilize their conditions and live independently. One could even go hiking.

Advisory members voted 7-2 in favor of approval. ... The advisory committee’s support should give FDA the political cover it was apparently seeking to approve the drug. But the battle over FDA drug approvals will continue, so patients will have to keep fighting to live another day.

An international relations expert joins the Utterly Moderate Podcast to assess the current state of the war in Ukraine.

What's our moral responsibility to migrants? | The Ethical Life podcast

🎧 The hosts debate the causes of the crisis at the border and what can be done to help fix this long-term problem.

Froma Harrop: E-Verify is key to fixing US immigration system

Let's have a conversation about immigration. An honest one.

You might be old if you understand what it means when somebody says their joints sound like a bowl of Rice Krispies. Not just because your bones actually snap, crackle, and pop, but because you remember the advertising characters with those names.

When former Republican Gov. Terry Branstad signed executive order number 85 on March 24, 2014, he stated “transparency provides Iowans the necessary access to information to hold our government accountable and our Open Records Act is essential of ensuring openness … our administration has maintained a steadfast commitment to a transparent government.”

The other day in the business ethics class that I teach, I mentioned two very different people with whom I crossed paths — Crooked Ole and Mr. Bowlby.

Autumn arrived at mid-week, after summer left with a bang: a record high of 95; leading to a 30-degree drop in temperature over two days. It was an emphatic reminder that global warming can give accustomed changes a bit of an edge. Seasonal transitions may not always be as dramatic, but it is comforting to have them on any terms.

U.S. Sen. Lindsey Graham, R-S.C., has proposed a national U.S. abortion ban barring the procedure after 15 weeks. This push to restrict abortion access across the country follows a rash of new state laws passed by Republicans after the Supreme Court overturned Roe v. Wade in June.

Brian Howell: College rankings don’t matter. Whether a school is a good fit does

The news that Columbia University filed fraudulent data to rise in the U.S. News & World Report college rankings has again raised the question of what these rankings mean. Does anyone imagine that as Columbia “plunged” from No. 2 to No. 18 (as its ranking was reassessed by U.S. News on its own estimated data) that the Columbia students sitting in their classrooms in Upper Manhattan felt the quality of their education slipping away?

Women spend 47 minutes more on housework on average than men each day, according to the Bureau of Labor Statistics. That adds up to roughly 5½ hours each week, and that’s not including child care, grocery shopping or errands, which the BLS classifies in other categories and of which women also do far more.