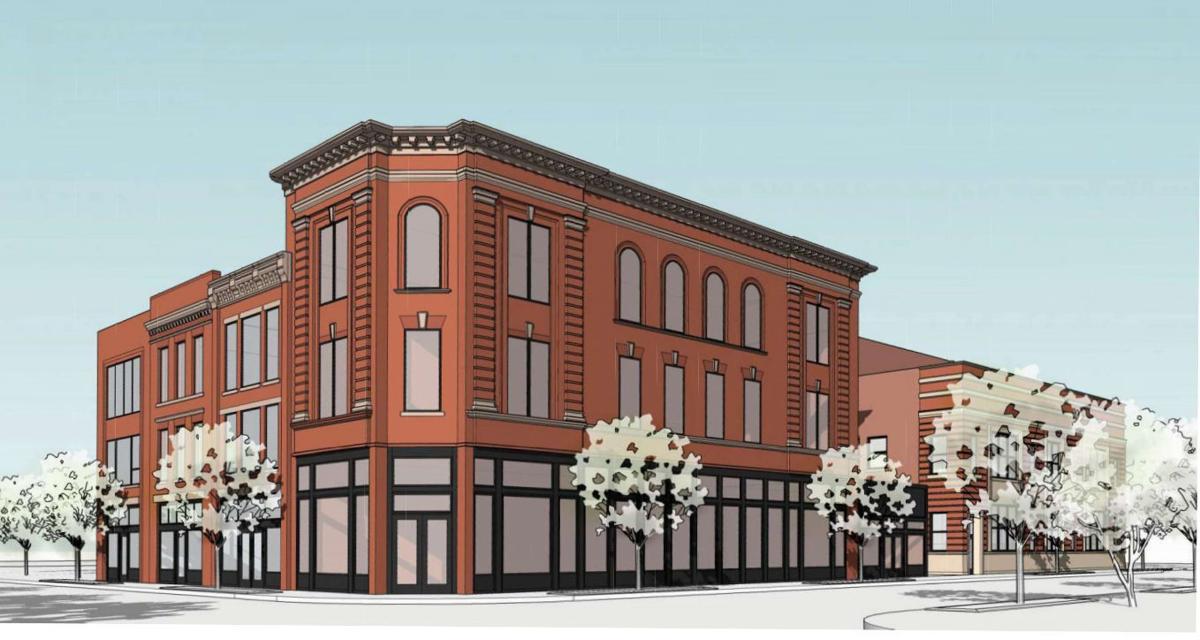 This rendering shows proposed plans for the second and third levels of 530 W. Broadway. 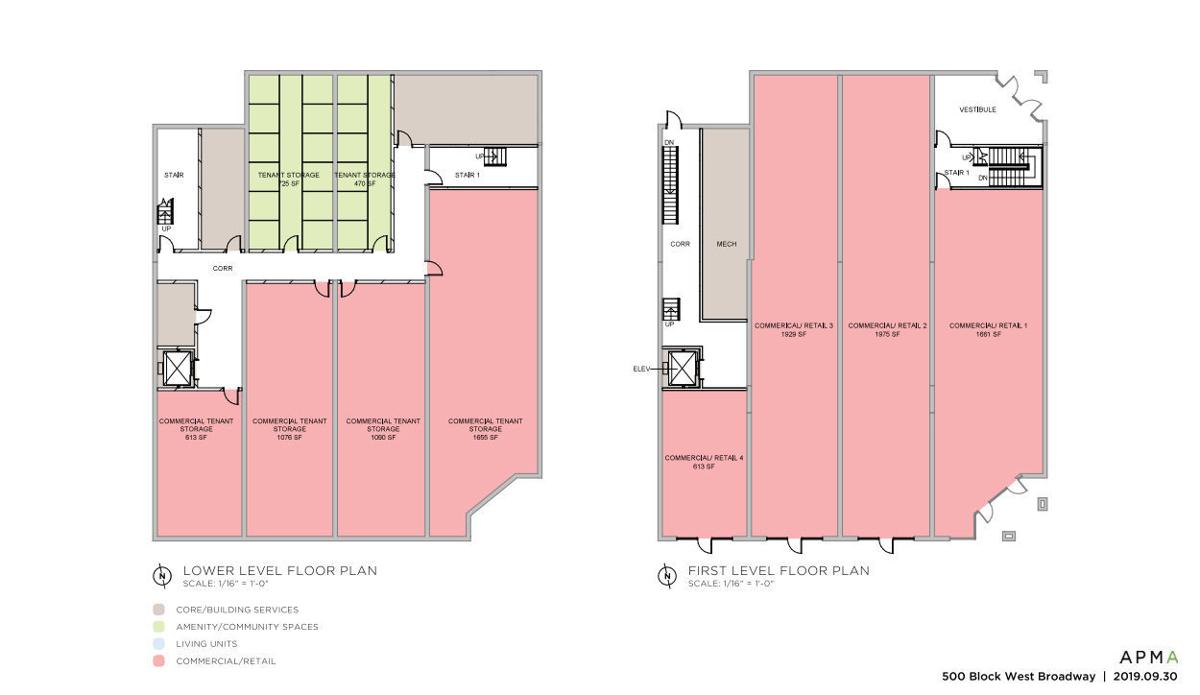 This graphic rendering shows proposed plans for the first and lower levels of 530 W. Broadway.

Plans have been unveiled for the next step in the rebirth of downtown Council Bluffs. As part of what is seen as a three-phase project, the former EQ School of Hair Design building at 530 W. Broadway will be renovated to include a combination of commercial and residential use.

The 712 Initiative, a nonprofit redevelopment organization for Council Bluffs, plans to begin renovating the structure early next year, reopening it as a commercial and residential space in early 2022.

Sheryl Garst, CEO of the 712 Initiative said the property has been underutilized for decades and has many development and financing challenges.

Dating to the late 1800s, what is now designated 530 W. Broadway was originally four buildings with shared walls, a common downtown building technique at the time. Over the years, businesses in the building expanded to more than one building, most notably the former Iowa Clothes store, and eventually it became one building.

The historic character of the building will be maintained in the redevelopment, Garst said.

When completed by early 2022, the renovated building will feature 10 studio apartments, one one-bedroom apartment and four two-bedroom apartments. In addition, the project will include four workspace areas on the ground floor that could be utilized by artists and craftsmen, with a work and display area at the front and living space in the rear or by other businesses that are currently being operated out of the owners’ homes.

Garst said she was elated when she learned that the Iowa Department of Economic Development had approved a $750,000 Brownfield Grant for the development project and is now confident that the 712 Initiative will complete the fundraising for the $5.3 million project this year in time to begin construction in early 2021, with an expected 12- to 14-month buildout.

Redevelopment of the EQ building will be the initial phase of a three-phase development plan in what the Planning Commission has recommended as the Fifth and West Broadway Urban Revitalization area. The area is bordered on the south by West Broadway, on the north by Kanesville Boulevard, on the west by Sixth Street and on the east by Main Street.

Phase 2 of the project would be renovation of the former Council Bluffs Community School District’s administrative offices at 12 Scott St. That renovation, planned for 2022, would add 16 one-bedroom and seven two-bedroom, market-rate apartments.

The third and final phase calls for construction of a 78-unit apartment complex on the parking lot on the northeast corner of Scott Street and West Broadway. The five-story building, currently estimated to cost $16.9 million, would have covered parking at ground level with apartments and a community room on the upper floors.

The 712 Initiative currently hopes to have the entire three-phase project completed in seven years.

The plan will bring new housing within walking distance of Bayliss Park, the Hoff Family Arts and Culture Center, the 100 Block, the Haymarket District, the YMCA, restaurants, employment, city and county government centers and year-round events.

Garst termed the project “transformative” for downtown Council Bluffs, a project that will improve the tax base for the community and add residential opportunities to the downtown while maintaining the character and integrity of the area.

The following editorial appeared in the June 25 edition of The Ford Dodge Messenger:

The following editorial appeared in the June 17 edition of The Des Moines Register:

This rendering shows proposed plans for the second and third levels of 530 W. Broadway.

This graphic rendering shows proposed plans for the first and lower levels of 530 W. Broadway.