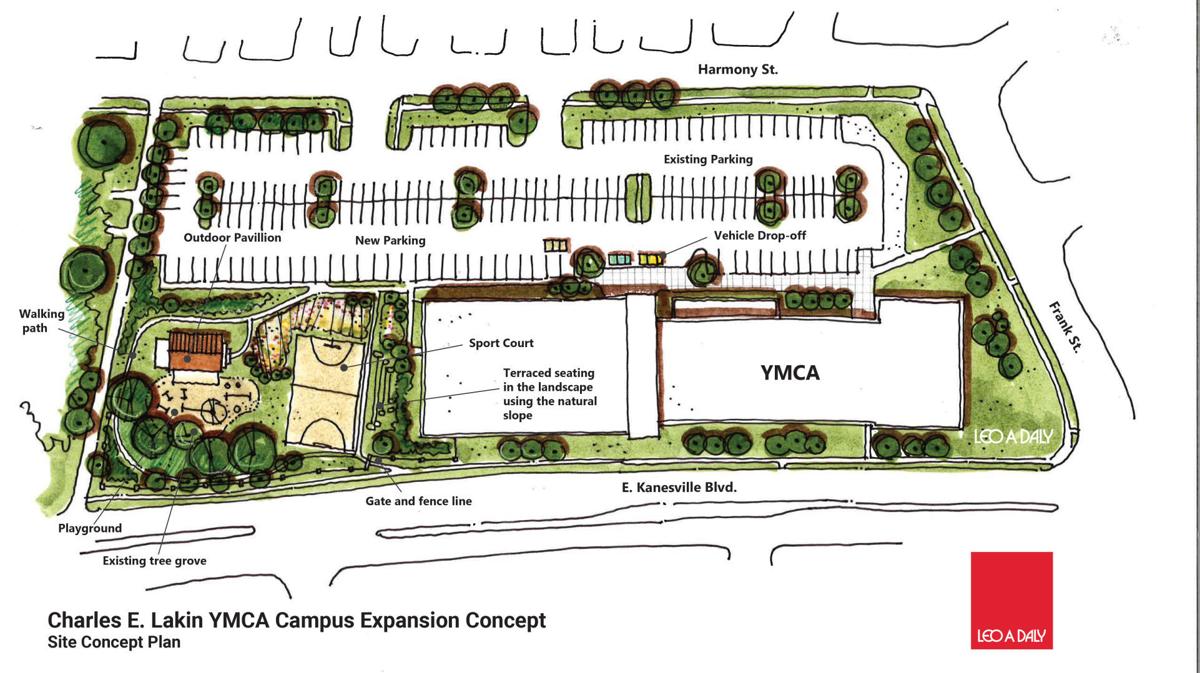 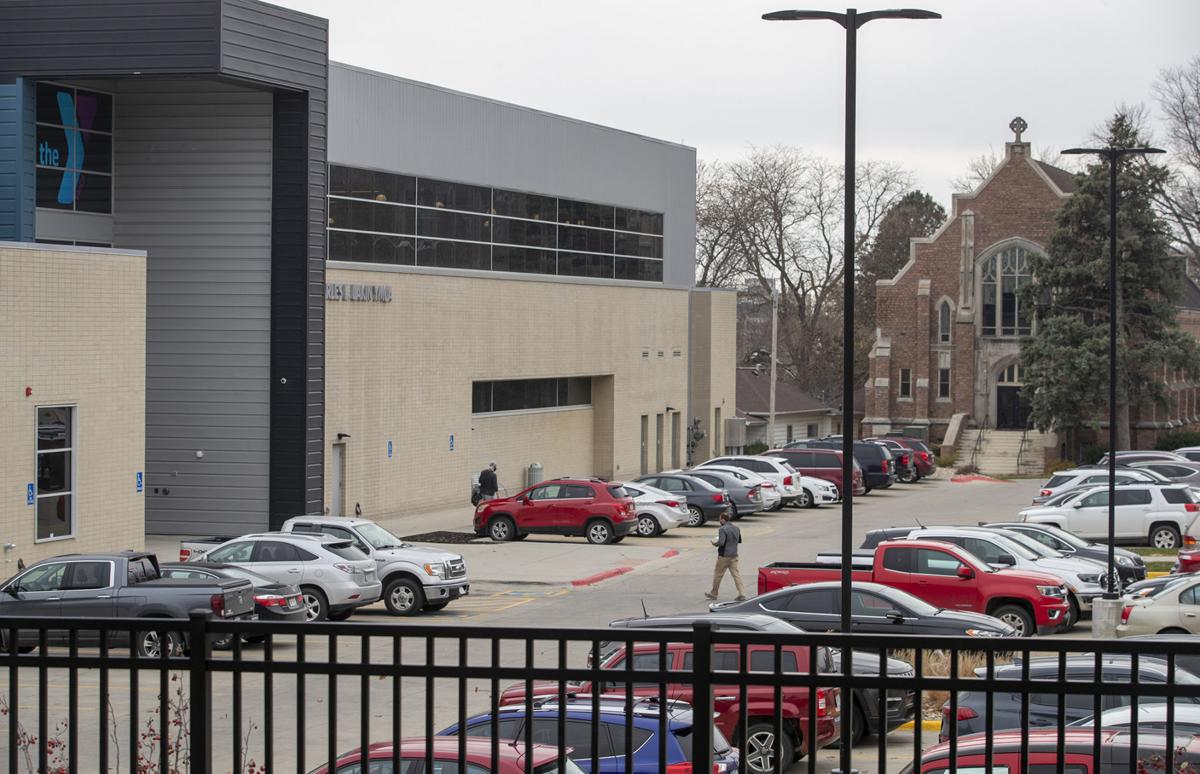 For reference, Baughn Street is located between the YMCA and the old St. Patrick’s Church. The YMCA is asking the city to close this street. I live in the neighborhood and I am strongly opposed to the YMCA’s attempted action.

While Baughn Street is obviously not at busy as Broadway or Madison Avenue, for example, it is vital to the people who live in our neighborhood. Many of us use Baughn Street EVERY DAY to go to and from work.

The YMCA will be pleading its case before the Council Bluffs City Council on Monday.

If the YMCA were to be successful in its attempt to close Baughn Street, the traffic near CHI Mercy Hospital would be dramatically impacted. Further, the traffic on Harrison Street will be negatively impacted as well. The YMCA did not present any traffic flow studies at the Planning Commission’s meeting last month, and to my knowledge, no study has been done.

I watched as they were building the YMCA parking lot. I even questioned the superintendent of Lueder Construction as to why there was not a parking structure being built? I knew at that time the parking would be highly inefficient and eventually wreak havoc for the neighborhood and for the members of the YMCA.

So, it seems the lack of planning by the YMCA to construct a proper parking structure should not now negatively impact our neighborhood, our safety, the traffic flow and our city services. I would suggest the YMCA go back to the drawing board and find a better solution that serves all the neighborhood as well as its facility and its members.

I will be on the City Council Zoom meeting this Monday, Dec. 14, along with many other residents of Council Bluffs, to oppose this request.

For more information, and to sign a petition opposing the closure of Baughn Street, please go to http://change.org/savebaughnstreet.

Great news for the community and its members. But with that growth came a challenge. Parking was often limited with members and program participants parking in adjacent neighborhoods and the CHI Health facility next door. Safety concerns grew for Y members, with children, young families and seniors forced to cross busy streets to access the facility. And it limited overall campus space meant for outdoor programming, save the small Early Learning Center playground by the parking lot.

So in 2019, the YMCA responded to the challenges at hand and was presented with the opportunity to remedy the situation by purchasing the old St. Patrick’s Church.

The church, built in 1917 and facing extensive challenges of its own stemming from mounting code compliance and subsequent construction issues, had been vacated by its owners and members. It had since then been shopped for buyers for more than a year, with no offers made, before the YMCA acquired it.

Initially, the Y planned to use the old church grounds to build a small park and expand satellite parking. But when it became apparent that an even bigger opportunity was at hand to enhance the overall quality of neighborhood amenities and further the Y’s efforts to strengthen the community with improved recreation, safety and parking and traffic flow for Y members and the entire Council Bluffs community, the team mobilized.

Working with local officials and local engineering firm Leo A Daly to create potential scenarios and drawings, the idea was ultimately presented to vacate Baughn Street, thereby allowing the Y to bring to fruition one cohesive campus, complete with park, sports court, nature trail and pavilion, for all community members to congregate and enjoy. By vacating Baughn Street, we remove barriers to safely access the park and attend the Y’s facility and programs, thereby safely and adequately accommodating all community members to enjoy the new amenities.

The community at large will enjoy the grounds and park facilities, and safety is much improved by eliminating street crossing for children and adults alike. As the Y programs youth sports and summer camp activities, children will remain on one campus and eliminate the need to cross busy streets. Neighboring Kanesville Boulevard would be essentially removed as a safety concern for people accessing the Y, as the closure would reroute traffic to the controlled intersection of Frank and Harrison Streets. It is true the city improved infrastructure on Baughn Street when the Y was constructed, and it is also true that most of these improvements will remain intact, as only the surface-level road, curbs and sidewalks would be disrupted.

In studying the immediate area surrounding the YMCA, there are few other outdoor park recreation areas available to the community. Bringing a park of this caliber and quality to the neighborhood will increase property values and enhance neighborhood aesthetics. With Baughn Street intact, the park would be a fraction of its potential and ultimately challenge the opportunity to bring to fruition a safe, cohesive campus environment to this neighborhood.

Council Bluffs is a warm, inviting, inclusive community that should encourage and embrace outdoor recreation opportunities such as this YMCA Lakin Park Campus project. The Y itself is more than just a gym, it’s a strong network of members working to strengthen the foundation of community through youth development, healthy living and social responsibility.

Vacating Baughn Street will put in place a new, modern, safe and inviting park for all to enjoy and is exactly what the neighborhood, the community, and the Y need. We hope public opinion will agree, and we hope your City Council leaders will too, realizing and embracing the potential to greatly improve safety, recreation, parking and traffic flow on what is already such a valuable recreation asset in the YMCA.

VP of Iowa Operations and Executive Director of the Charles E. Lakin YMCA

Your Views: Readers say Ernst needs to step up on water quality, encourage Support For the People Act

School choice is a winner for Iowa