In honor of Independence Day, The Daily Nonpareil is providing unlimited access to all of our content from June 28th-July 4th! Presented by Wahl Optical 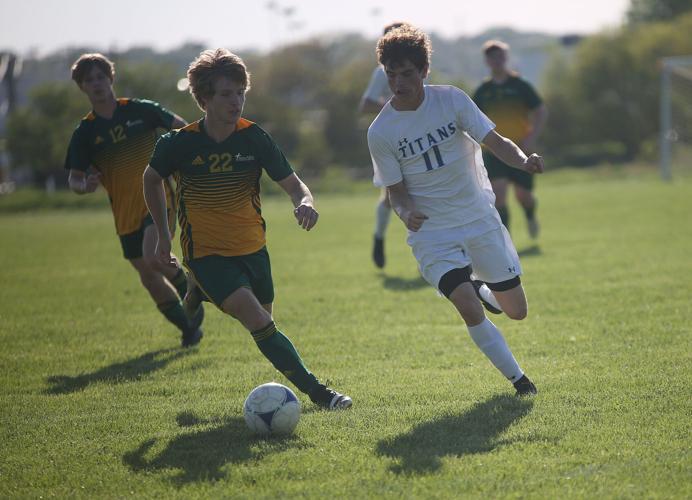 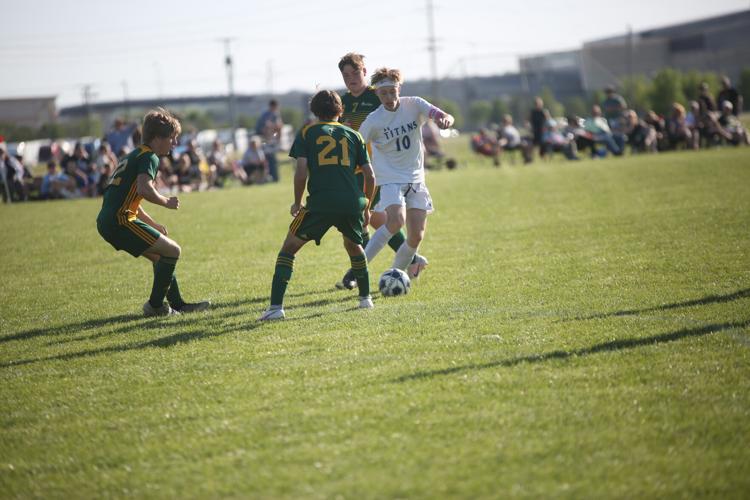 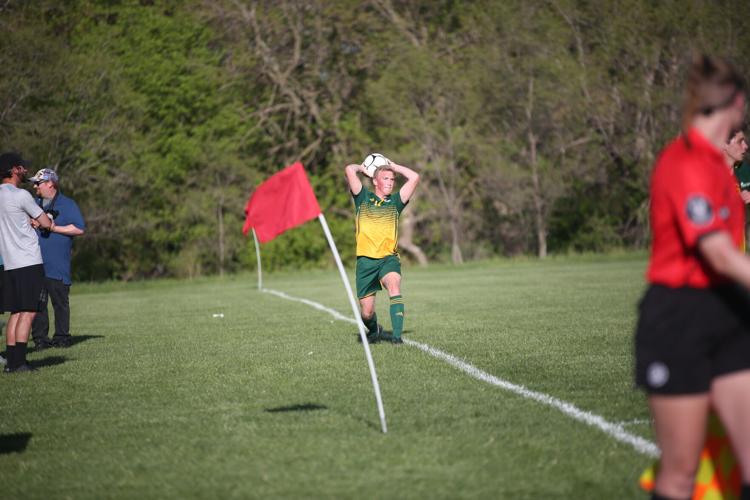 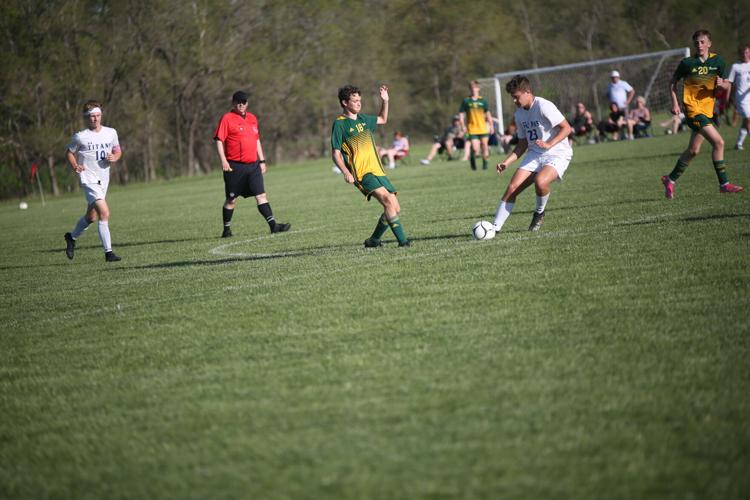 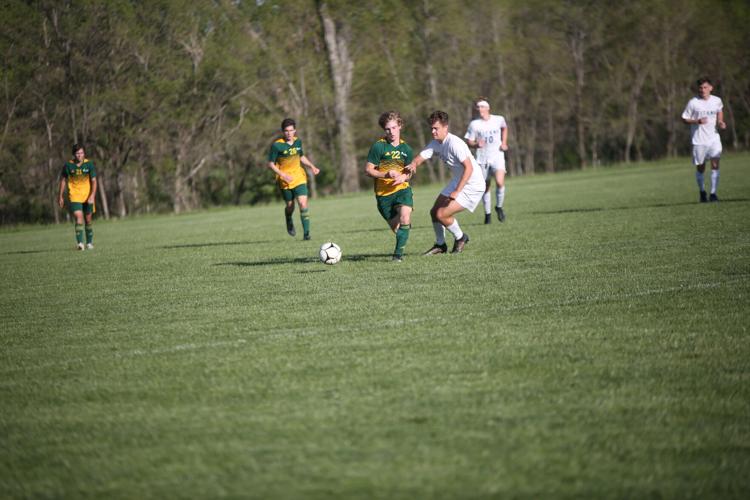 Lewis Central senior Jonah Churchill scored three goals and dished out an assist in the first half of Monday’s 5-0 road victory against St. Albert, helping the Titans clinch the Hawkeye 10 regular-season title and finish the sweep in city games.

L.C. scored all five goals in the first 33 minutes of the game and held the Falcons scoreless in the second half.

“The ball kind of found me and I just put it in the back of the net,” Churchill said. “... It always feels good. I love to help our team win and winning always feels good, especially accomplishing our short-term goals.”

Churchill scored the first goal nine minutes into the game off the assist of sophomore and former St. Albert player Braden Shepard.

Shepard scored the final goal in the 33rd minute after beating four defenders down the field.

“It’s a great feeling. (Winning conference and city titles) our short-term goals since the beginning of the season,” Sheppard said. “Now it’s just on to substate, winning that and hopefully winning state.

“... Our combination really,” Sheppard added about what led to the success early on. “Once we get going it’s pretty much unstoppable.”

Lewis Central finishes the regular season with a 13-3 overall record and a 7-0 record in conference games.

“We just wanted to come out on the front foot,” L.C. head coach James Driver said. “Playing fast, playing hard, playing together. I thought we did that. We’ve been building each week I feel like from game to game, just improving each game. In the second half, we got a big stagnate, but I think they switched up their tactics a little bit.

“... (Churchill) did a good job of finishing today. Not only that, but he did a good job of distributing the ball and finding his teammates as well. I just thought our team played well overall and I’m looking forward to continuing that through substate. I also thought Brayden did a good job coming back, playing against his team from last year.”

“We were definitely outmatched,” St. Albert head coach Todd Tarbox said. “We knew that coming in. We were down three starters to start with and lost another one during the game so that didn’t help. We had to do a lot of shuffling and a lot of guys stepped in. I thought they played as well as can be expected under the circumstances.

“... Sometimes it’s tough when you play a tough schedule like we do and the bigger teams. But, it really prepares you for the postseason. So, I’m hoping we can at least get one game in here on Thursday, take care of business and we’ll see who’s next.”

Tri-Center softball had only hit two home runs all season coming into Friday’s Class 1A — Region 3 first-round matchup with St. Albert. The Tr…

After four years, Iowa Western head track coach Doug Marshall is moving on to the NCAA Division I level.

Carroll 7, Lewis Central 6: Lewis Central lost in a walk-off on Saturday on the road after giving up six runs in the second inning.

DES MOINES — For the second time in three seasons, Lewis Central boys soccer has climbed the mountain to win a state championship. The Titans …

Lewis Central senior Will Devine remembers growing up with the game of soccer from around the time he could walk. He and his brother, Paul, us…

Slowly, but surely Tri-Center baseball scored at least one run in each of the innings to pull away from the Griswold Tigers in Neola 13-0 on S…

The Daily Nonpareil reveals its 2022 All-City girls soccer team. With two of the city teams making it to the state tournament at Cownie Park a…

All-City Player of the Year: Hard work pays off for Bracker

Abraham Lincoln senior Paige Bracker grew up in an athletic family that always competed for everything. Her battles with her brother, Creighto…