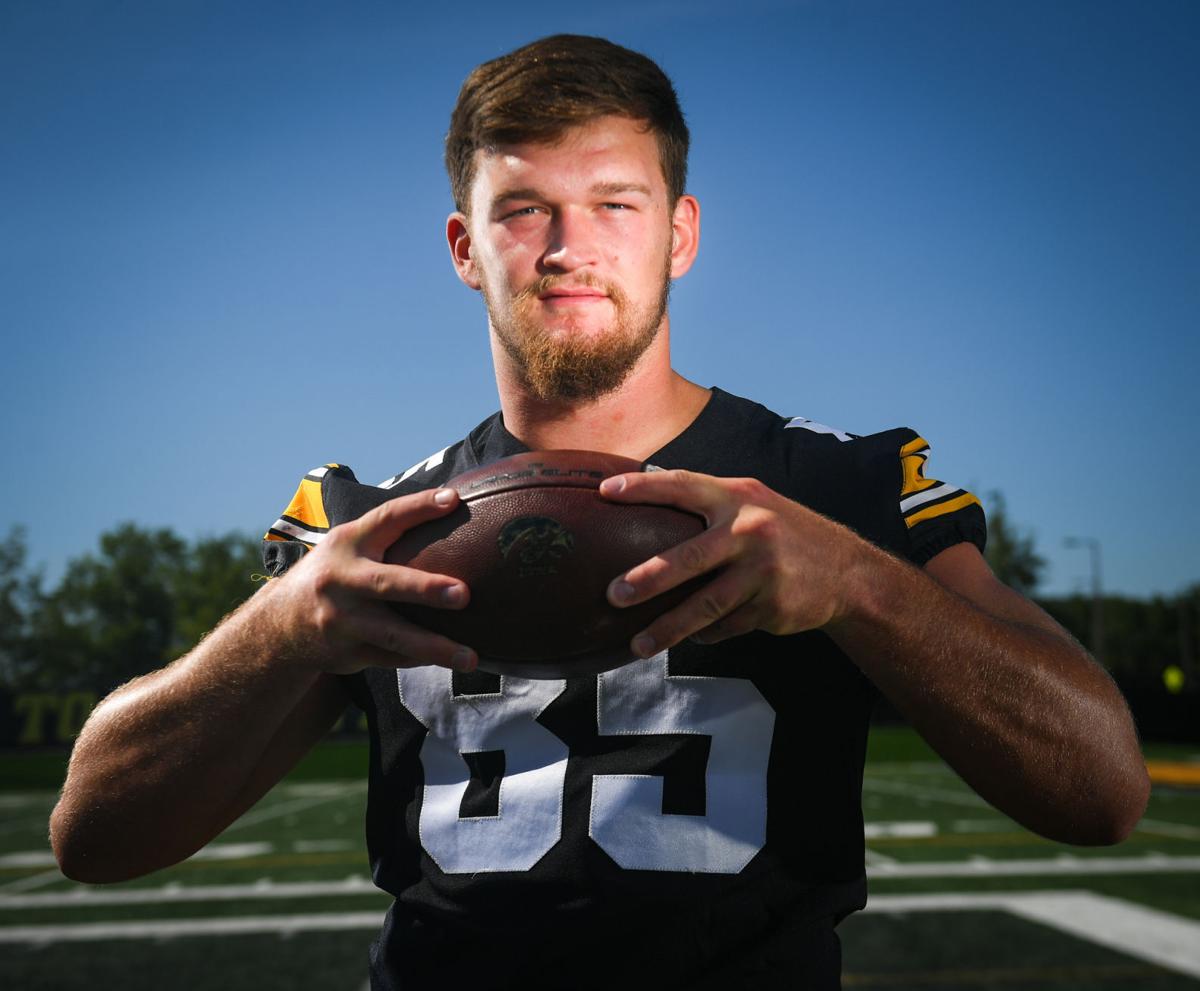 Iowa’s Logan Lee, a defensive tackle from Orion, is positioned to see the most extensive playing time of his collegiate career this season as a sophomore on the Hawkeyes’ roster. 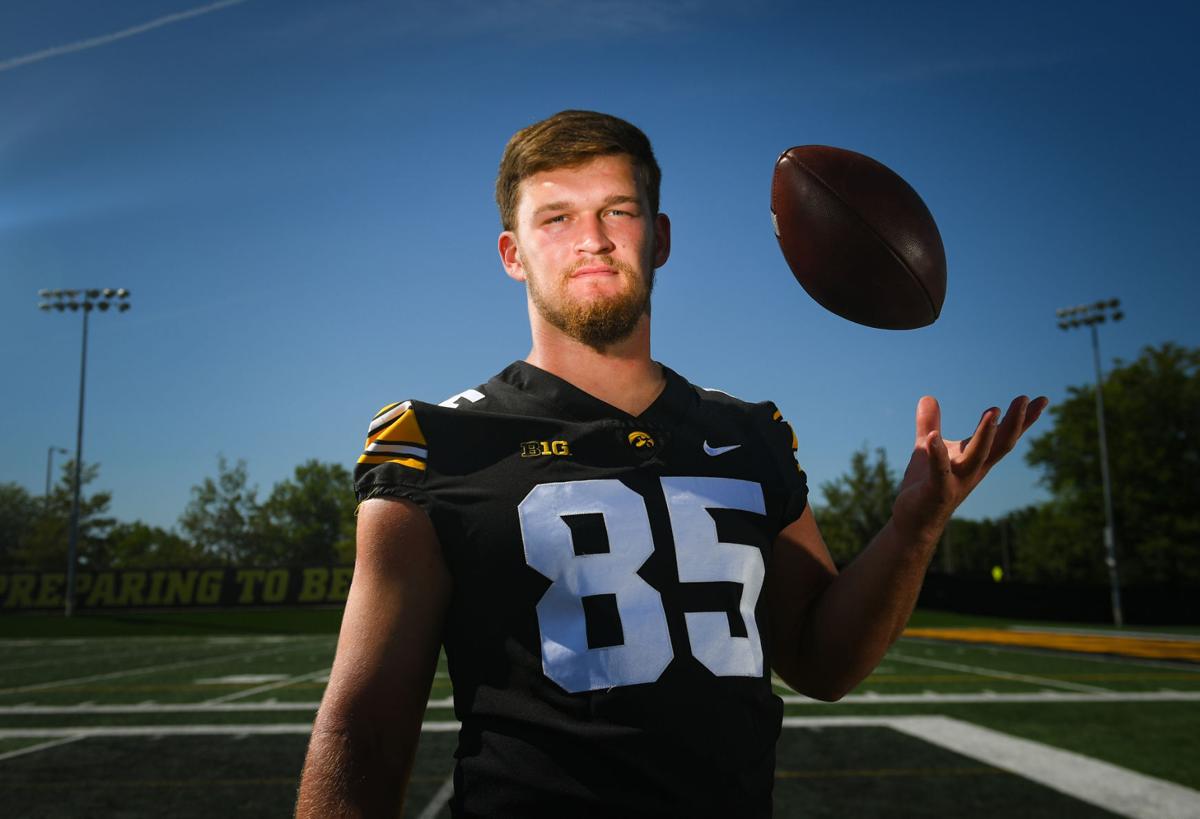 Iowa’s Logan Lee poses for a photo during the Iowa Hawkeye football media day earlier this month in Iowa City.

IOWA CITY — A dominating offensive lineman or shifty running back didn’t present Logan Lee with the first challenges of his college football career.

Staying healthy has been the biggest hurdle the Iowa defensive tackle from Orion has faced, testing the sophomore who has positioned himself for a spot in the Hawkeyes’ line rotation this season.

“It feels good to be out and working again,” Lee said. “I want to put together a good camp and see where it can lead.”

A pair of injuries have limited Lee in his first two seasons with the Hawkeyes, although he did record his first career tackle in Iowa’s win at Minnesota last season in the second of two games he appeared in as a redshirt freshman.

“Things are good now. I’ve learned a lot the last two years, and I’m in a position where I have an opportunity to contribute and I’m looking forward to that chance,” Lee said.

“He’s worked through a couple of injuries and it’s good to have a chance to see him out there healthy and at full speed,’’ Bell said.

A labrum injury dealt Lee with the latest challenge he has had to work through, and Bell said his return to action is providing coaches with a chance to really get to know what Lee can do as part of a rotation at defensive tackle.

“We’re finally getting a chance to see what he’s all about. He has the size physically, has gained the weight and strength he needs, and now it’s about can he bring the consistency he needs,’’ Bell said. “He works at it and he’s capable.’’

Lee has gained 34 pounds since his arrival at Iowa in 2019, now carrying right at his goal weight of 280 pounds on his 6-foot-5 frame.

“I feel like I’m right where I need to be from a size and strength standpoint, at a weight where I can compete against the guys I will be going up against,’’ Lee said.

“The coaches here do a good job of getting you ready to go and I feel like I’m at that point.’’

Iowa prefers to rotate three or four defensive tackles, keeping fresh legs on the field, and on the most recent depth chart Lee is listed as the back-up to Yahya Black at the right defensive tackle position.

Black, who saw time as a true freshman last season, said Lee has provided him with a good mentor.

“The way he prepares. He’s been a good example to follow. He is a student of the game, understands all of the details and is prepared to apply them,’’ Black said.

In addition to working his way back from injuries, Lee has spent time working to gain as much of an understanding of the expectations that accompany playing on Iowa’s defensive front as he can.

He believes that time should translate into more effective play on the field now that he has returned to action.

“I’ve learned a lot in the past couple of years,’’ Lee said. “I feel I’ve been able to really get into the nuances of the position and now, I’m ready to show the skill set that I’ve been able to build as I’ve worked to get out there.’’

After arriving at Iowa as a tight end, Lee quickly moved to the defensive line where he first spent time as an end before moving inside.

It’s not totally foreign territory. He played on the defensive line as an all-state selection at Orion High School, where he was an Illinois state high school wrestling champion.

Lee finds himself as part of a collection of young defensive linemen looking to fill the void created by the loss of three starters for a second straight year.

He said the experience gained by watching Daviyon Nixon and Jack Heflin, both in NFL camps, work last season has helped prepare all of the players competing for snaps.

“To watch those guys work and prepare, as much as anything, has been a benefit,’’ Lee said. “We’ve got a good group of guys working on the ‘D’ line now. We’ve all been working hard and are ready to step up and get the job done.’’

Lee welcomes the chance to be in the mix for that opportunity.

He said the injuries he has dealt with have tested his patience but he has tried to maximize the situation.

“You can only control the things you can control and for me, I tried to use the time to learn all of the things that I needed to learn,’’ Lee said. “It’s tough sitting out. That’s not something anybody wants to do, but there are ways to keep working and put yourself in a position to be ready when it is time to be back on the field.’’

That time has arrived for Lee.

Bell, learning more about Lee the competitor with each practice, said now is the time for Lee to demonstrate what he has learned.

“Every rep he gets right now is important,’’ Bell said. “It’s time to take all of the notes he’s been taking, all the mental stuff, and put it to use on the field.’’

SIOUX CITY — Josh Dix didn’t hesitate when asked whether Abraham Lincoln’s 64-56 win over Sioux City East on the road on Tuesday was a signature win.

St. Albert girls basketball made quick work of Red Oak on Thursday on the road, winning 80-22.

St. Albert girls basketball’s defense proved challenging for Atlantic all night on Monday in a 56-33 win for the Saintes.

Watch now: Badgers guard Brad Davison talks about how UW has come together as a team

Watch now: Badgers guard Brad Davison talks about how UW has come together as a team

Iowa’s Logan Lee, a defensive tackle from Orion, is positioned to see the most extensive playing time of his collegiate career this season as a sophomore on the Hawkeyes’ roster.

Iowa’s Logan Lee poses for a photo during the Iowa Hawkeye football media day earlier this month in Iowa City.