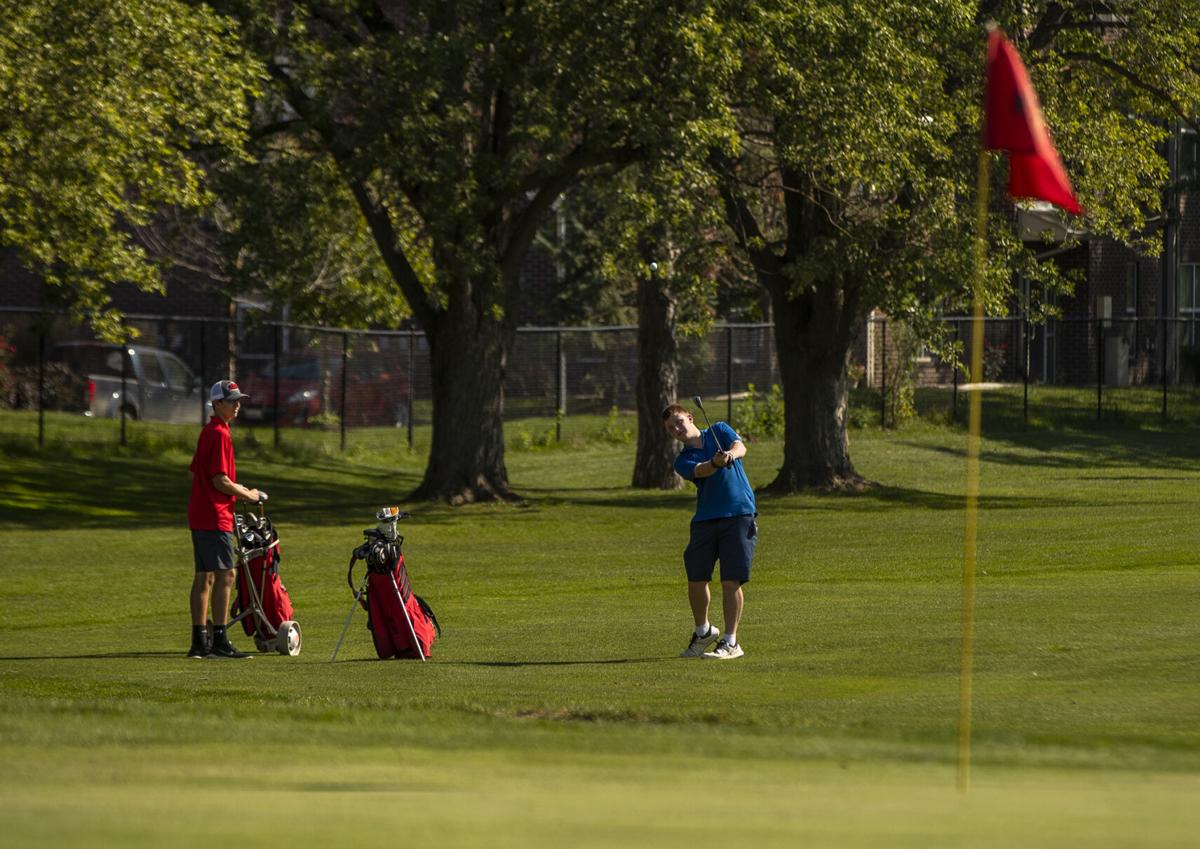 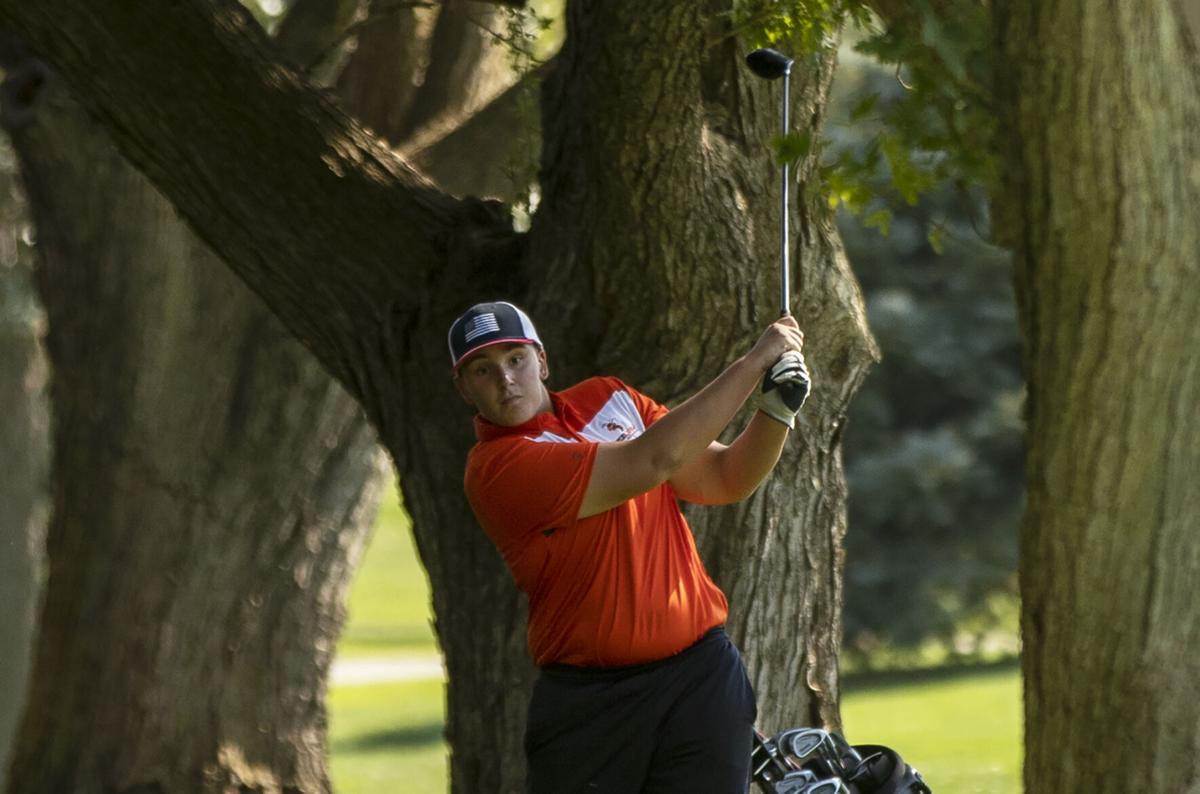 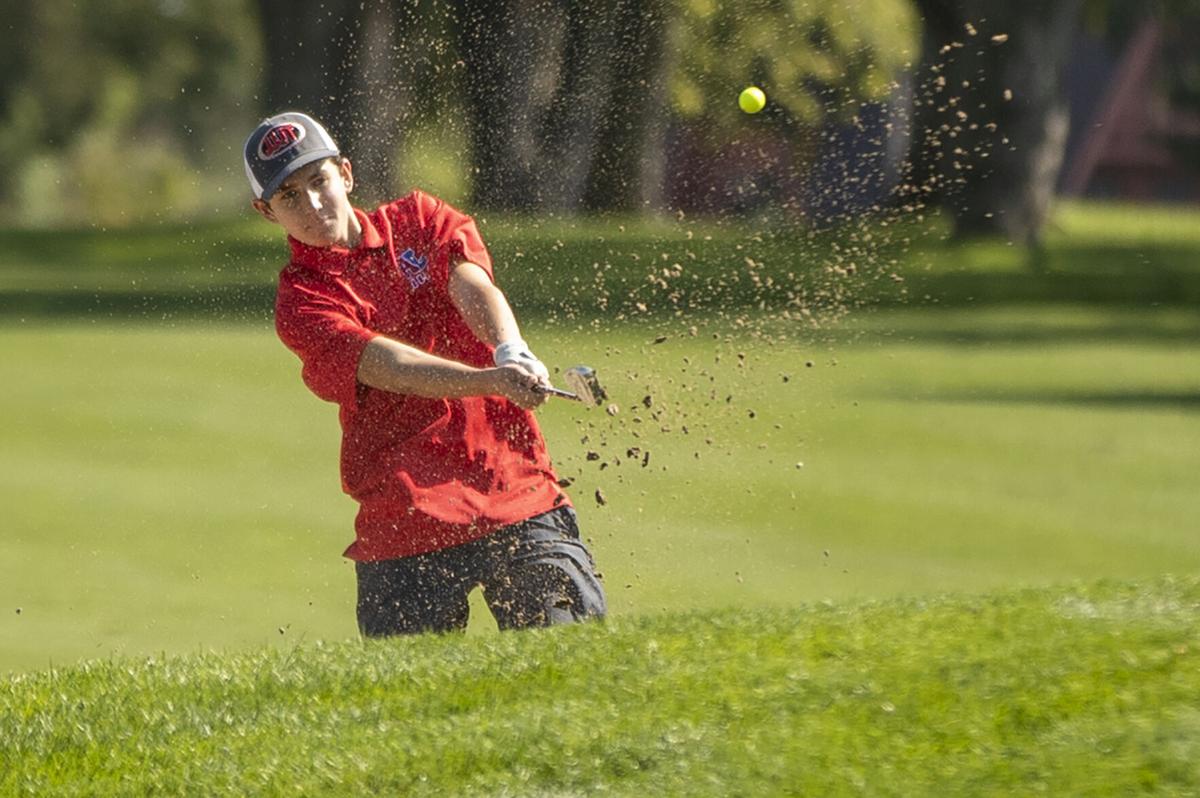 Abraham Lincoln’s Mason Dinoza chips onto the sixth green from the sand as A.L. plays a nine-hole match against Thomas Jefferson at Dodge Riverside Golf Club on Wednesday, Sept. 15, 2021. 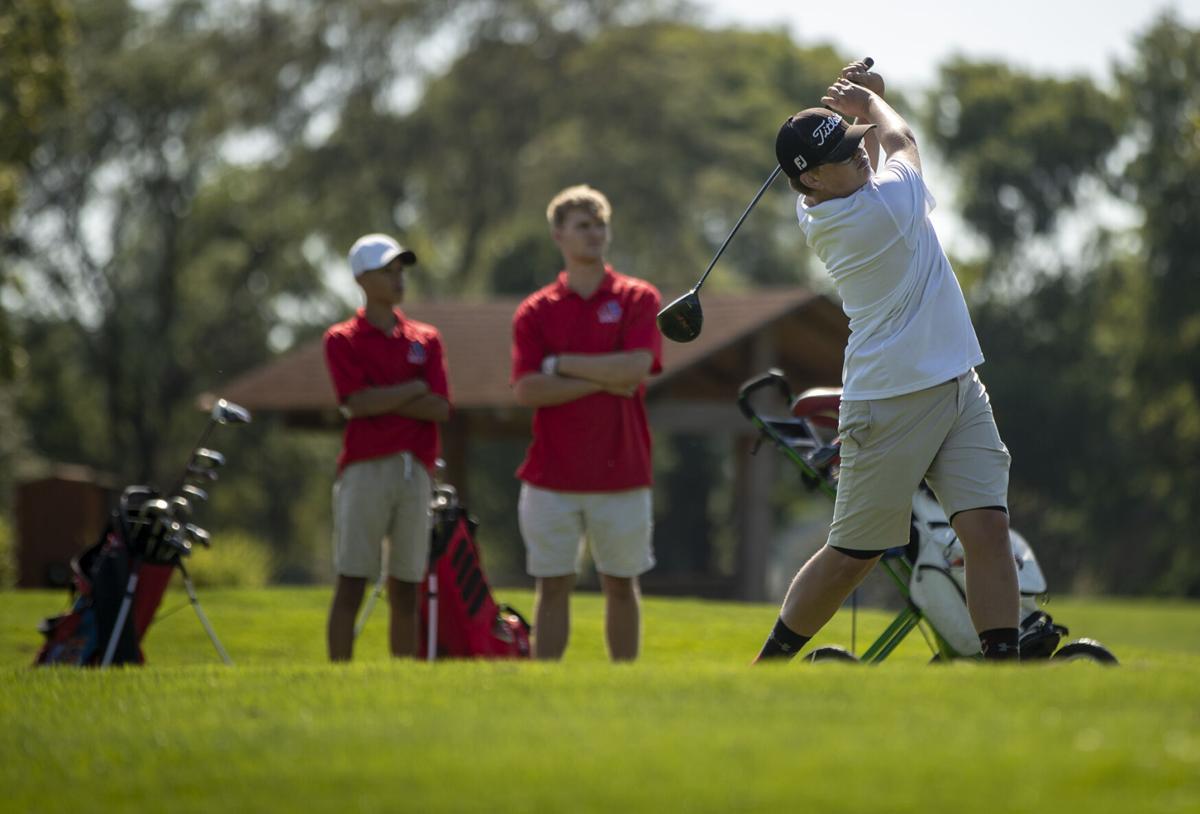 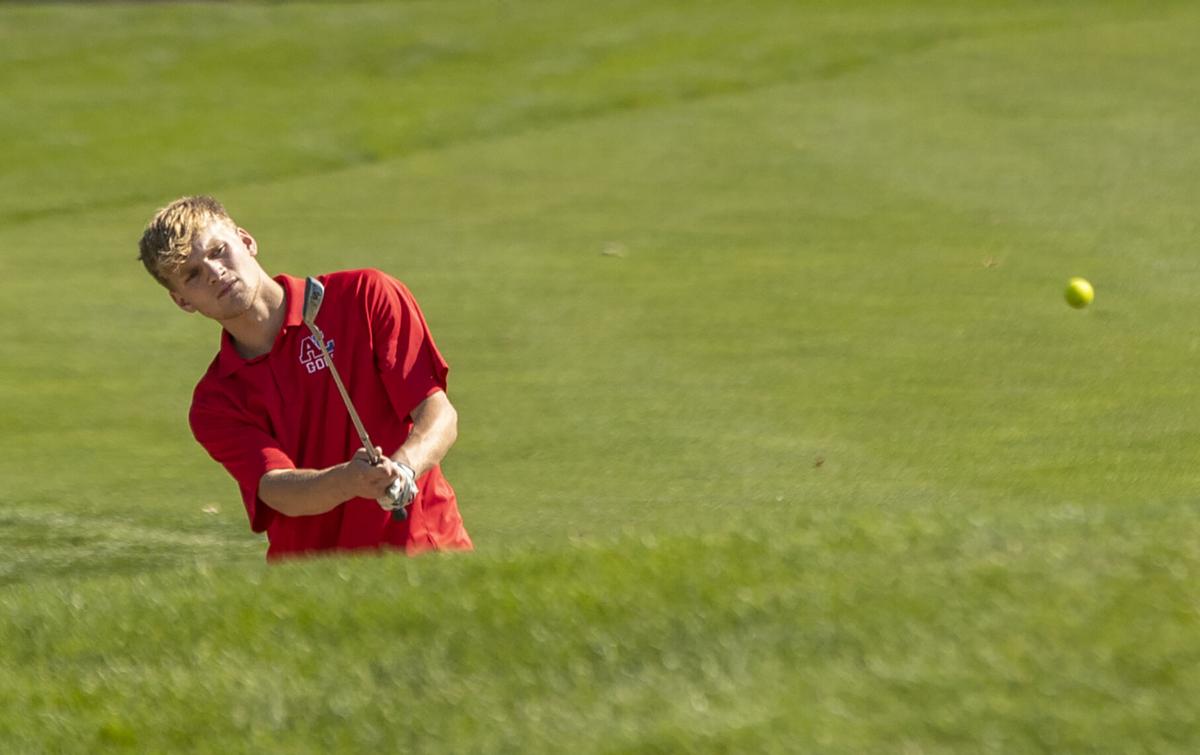 Abraham Lincoln’s Kent Hyde chips onto the sixth green from the sand as A.L. plays a nine-hole match against Thomas Jefferson at Dodge Riverside Golf Club on Wednesday, Sept. 15, 2021. 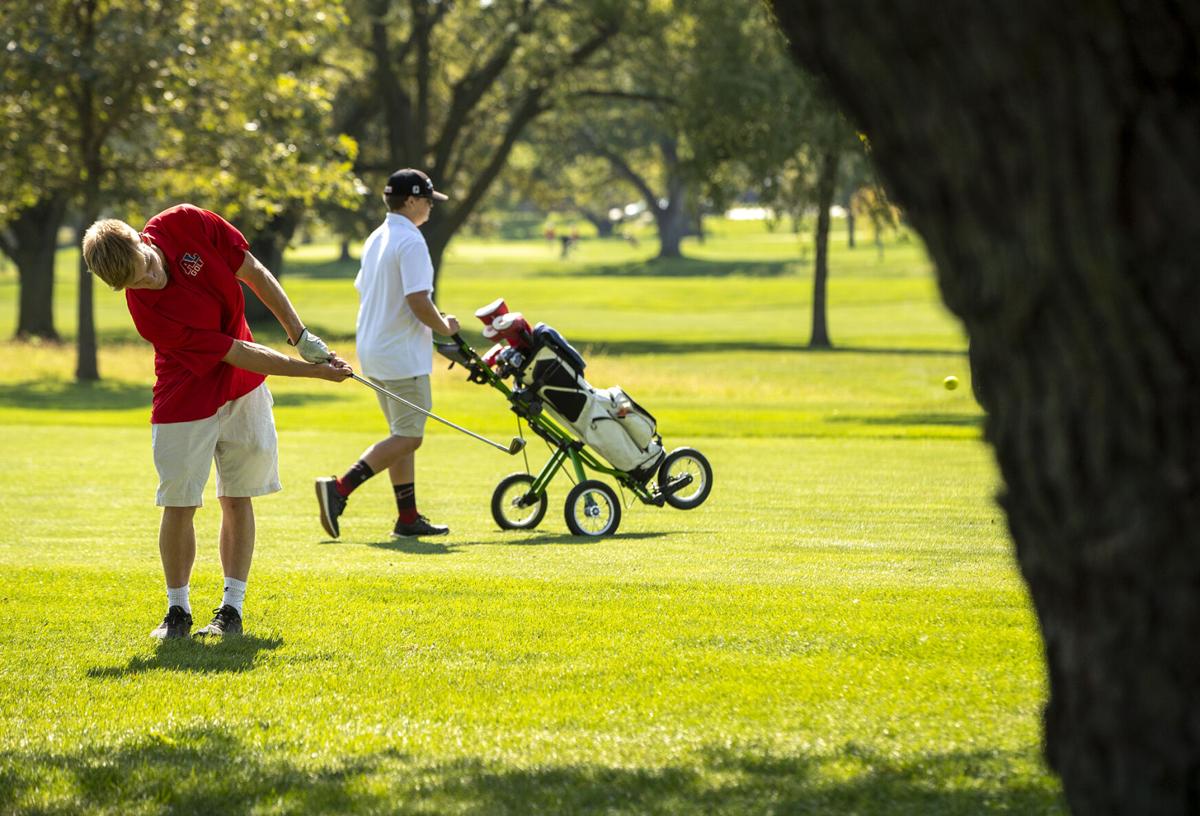 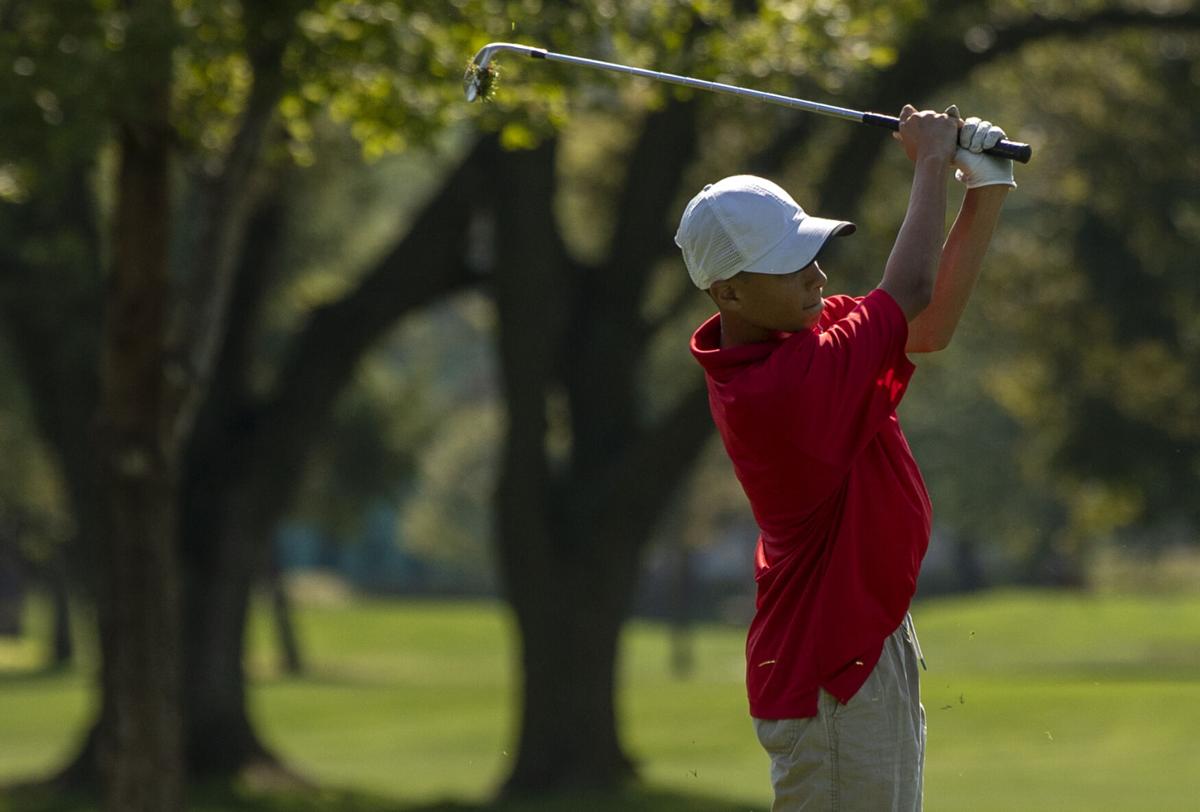 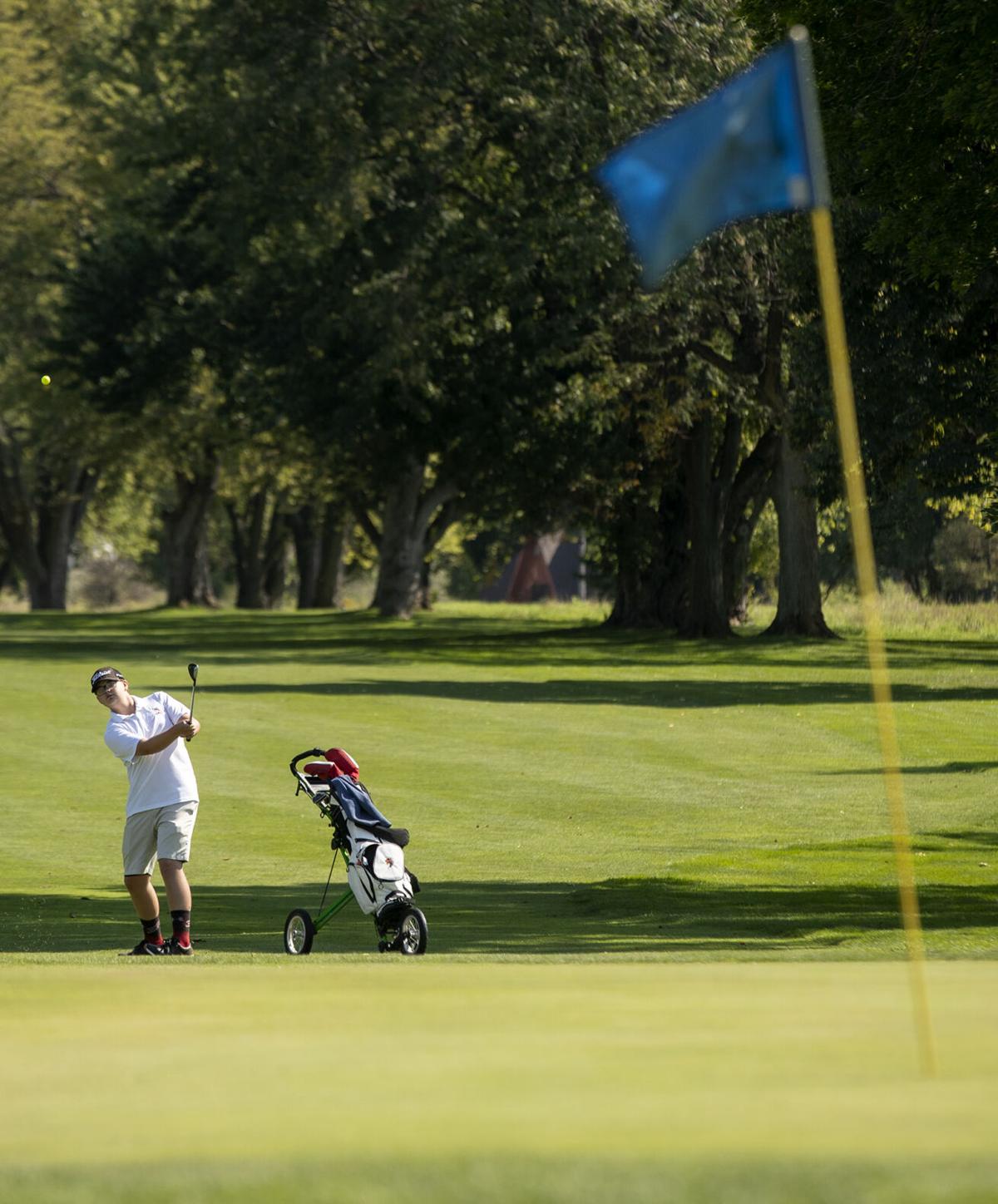 It was a close match decided by less than four strokes, but the Lynx edged out the Jackets 227-231.

“It was a really close match. I think both teams are pretty evenly matched,” A.L. head coach Rob Dittmer said. “It was good in the sense that we were missing two of our varsity guys. I thought some of the other guys filled in nicely.

“Brody Klopp had a really good day. That was his best score of the year so far for nine holes.”

Klopp wasn’t the only standout for A.L.

“Jaymeson (Vande Velde) has filled into our No. 1 spot and he played well. Mason Garreans had a really nice day. He shot a 60 which was pretty good for him I thought.”

Thomas Jefferson head coach Matt Connor said he was also happy with how his team performed.

“I think we’re trending in the right direction,” he said. “We’re starting to see some of the things we’re working on in practice coming through when we’re playing our meets.

“We just have to put it together more often. That’s the only thing it is. You have to be able to do it consistently and we’re working to get it there. I was happy with the guys results. We had some good shots and some bad shots shots, but mentally we but them behind us and kept playing. I thought it was pretty good.”

Connor added he was especially excited about the play of Bell.

“It’s very positive watching him play,” Connor said about Bell. “He’s making his way around the golf course which is great. Every time we’ve played here he’s gotten one or two or three strokes better each time. That’s great to see. It’s his first year playing golf. You can just see the confidence and the knowledge coming through each round he plays.”

Class 2A No. 12 Treynor volleyball came into the season with a lot of high goals. The Cardinals accomplished one of those goals last week when…

Class 2A, 1A, A and eight-man teams now know their first-round opponents for the 2021 football playoffs after the regular season ended on Friday.

St. Albert football scheduled an additional game against Shenandoah on Friday but has since canceled that game.

St. Albert football knew that Friday’s game at AHSTW would be the last time they’d take the field together as a team.

St. Albert junior Colin Lillie capped his regular season with a victory at the Missouri Valley Cross Country Meet on Saturday after completing…

This game has since been canceled

Three shots on goal are all NJCAA Division-I No. 8 Iowa Western women’s soccer needed to avenge its only loss, of the season, on Wednesday at …

Lewis Central junior Kylee Brown added another accomplishment to her resume this season at the Lewis Central on Saturday.

Abraham Lincoln’s Mason Dinoza chips onto the sixth green from the sand as A.L. plays a nine-hole match against Thomas Jefferson at Dodge Riverside Golf Club on Wednesday, Sept. 15, 2021.

Abraham Lincoln’s Kent Hyde chips onto the sixth green from the sand as A.L. plays a nine-hole match against Thomas Jefferson at Dodge Riverside Golf Club on Wednesday, Sept. 15, 2021.