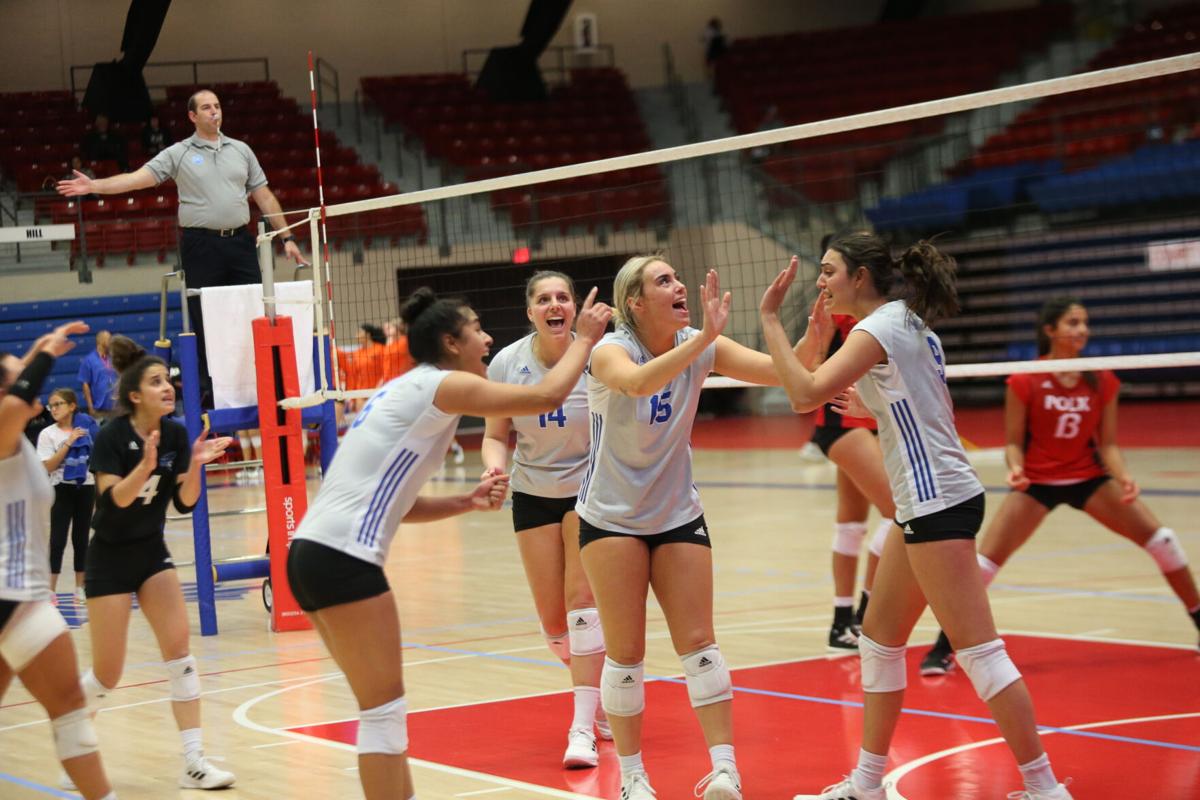 The Reivers celebrate a first-round sweep of Polk St. (Fla.) in the first round of the NJCAA tournament. 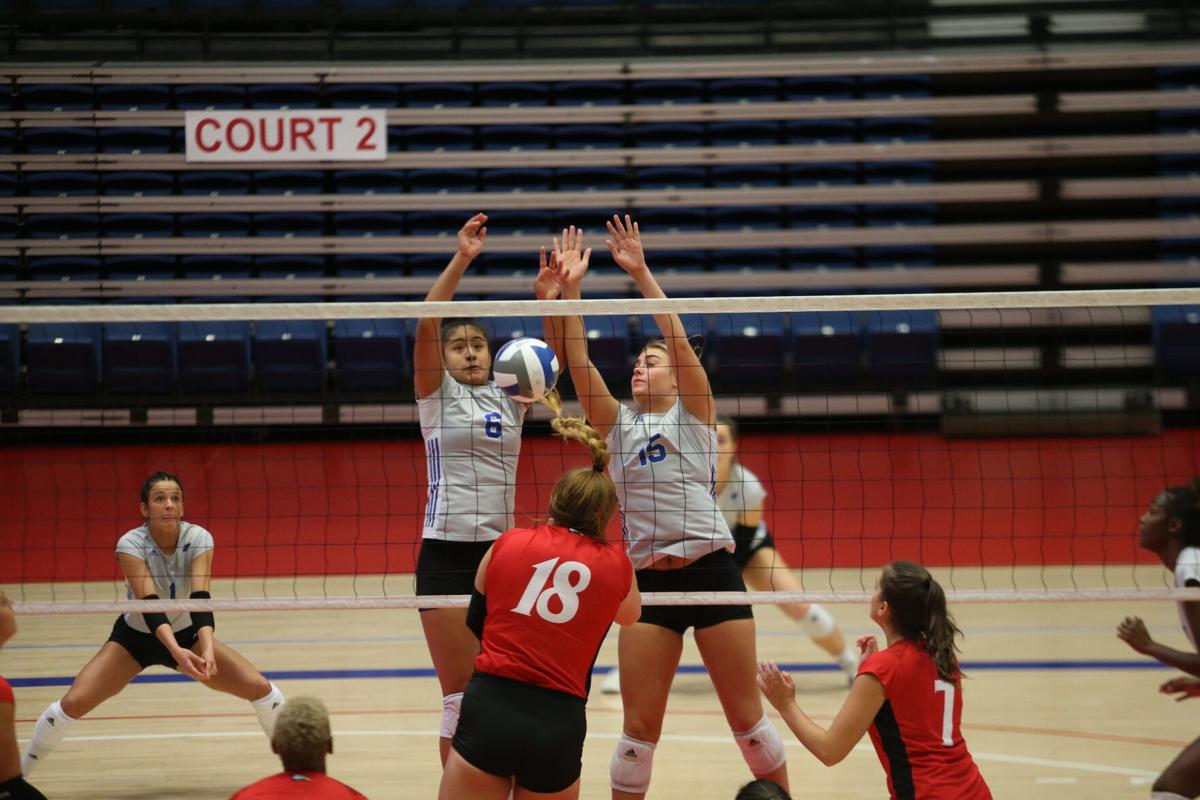 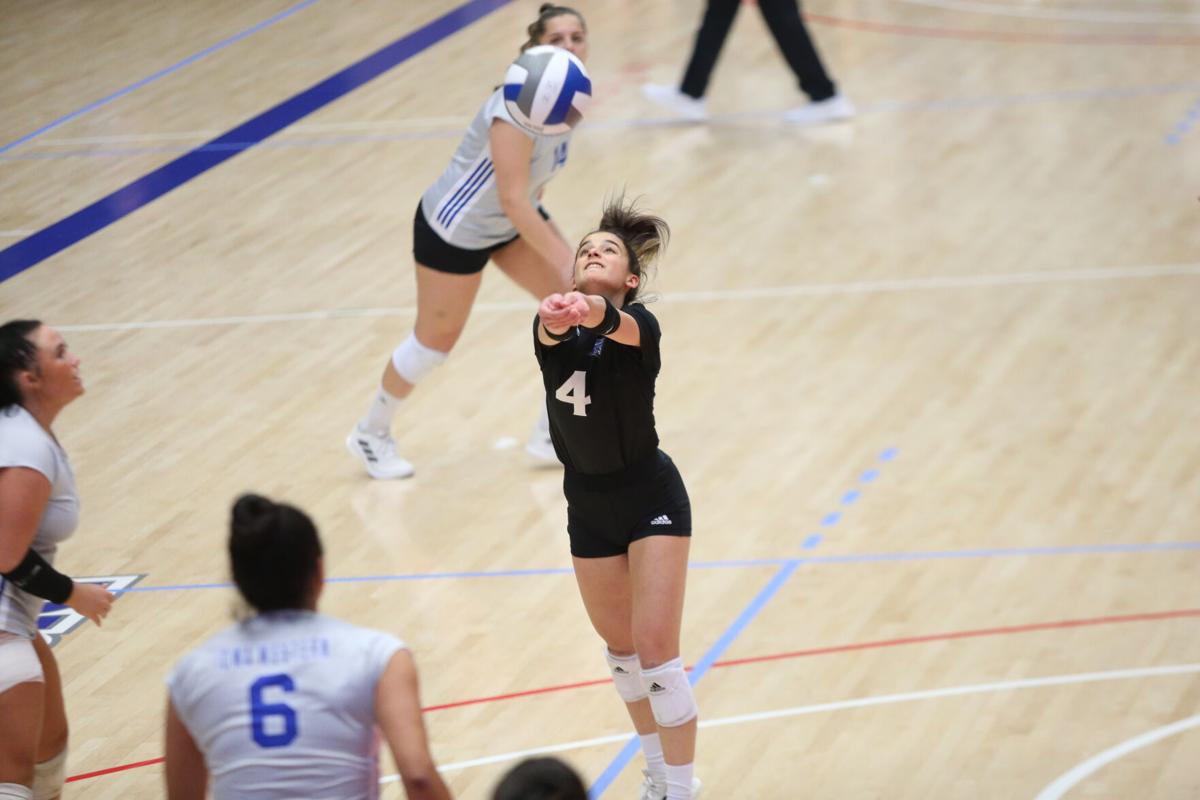 Duru Ozkan makes a save for the Reivers. 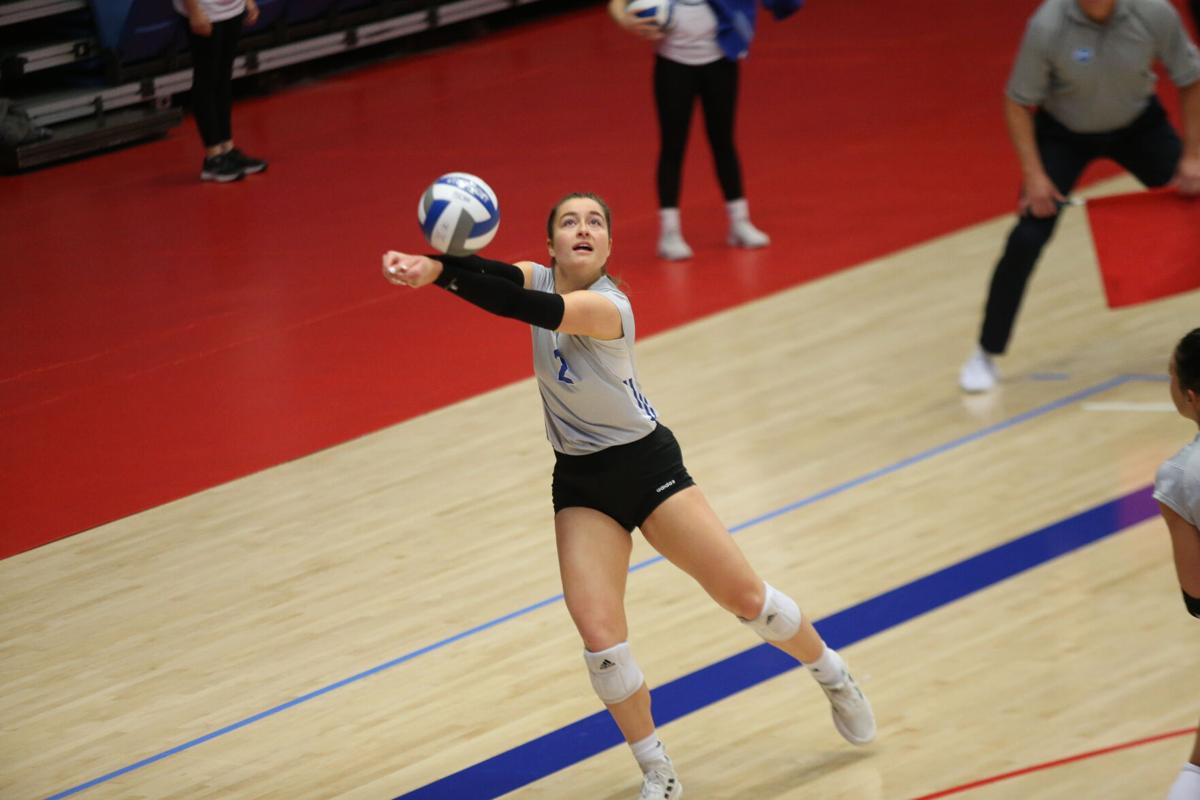 Aleeya Jones makes a back line save for the Reivers. 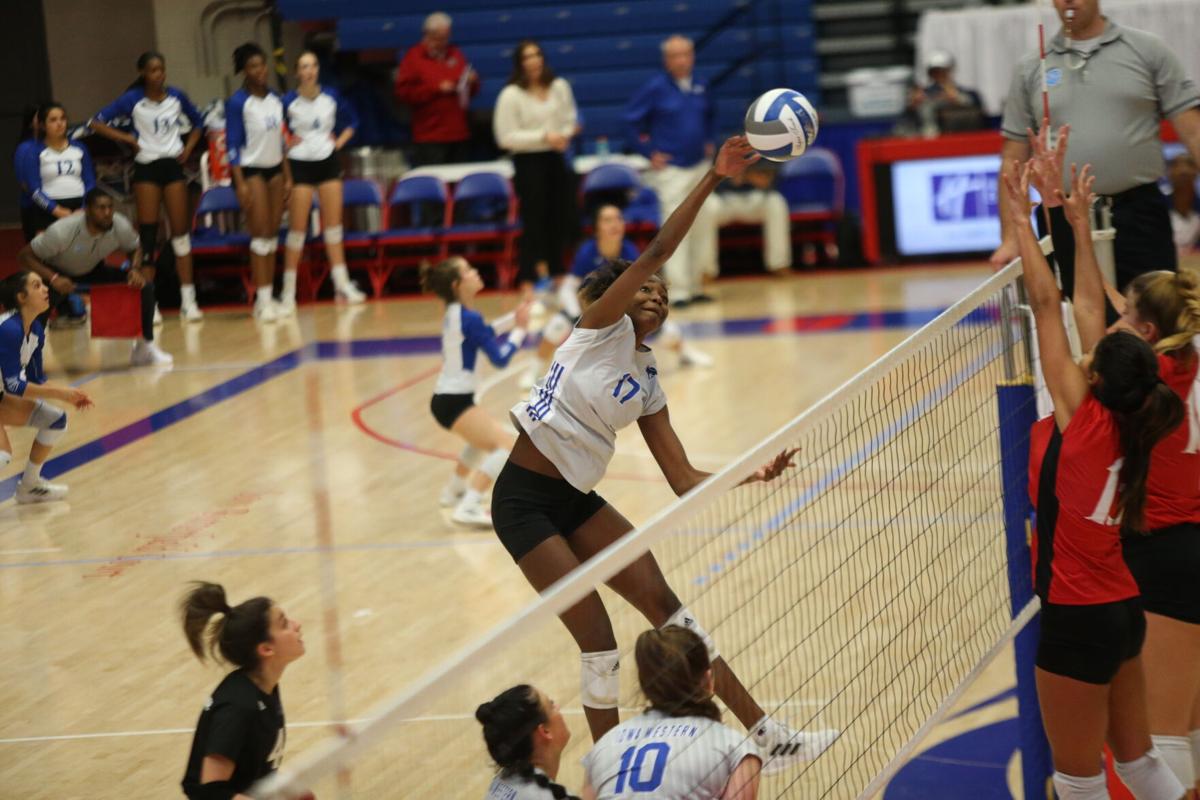 Cherlin Antonio hammers a kill for Iowa Western in a sweep of Polk St. 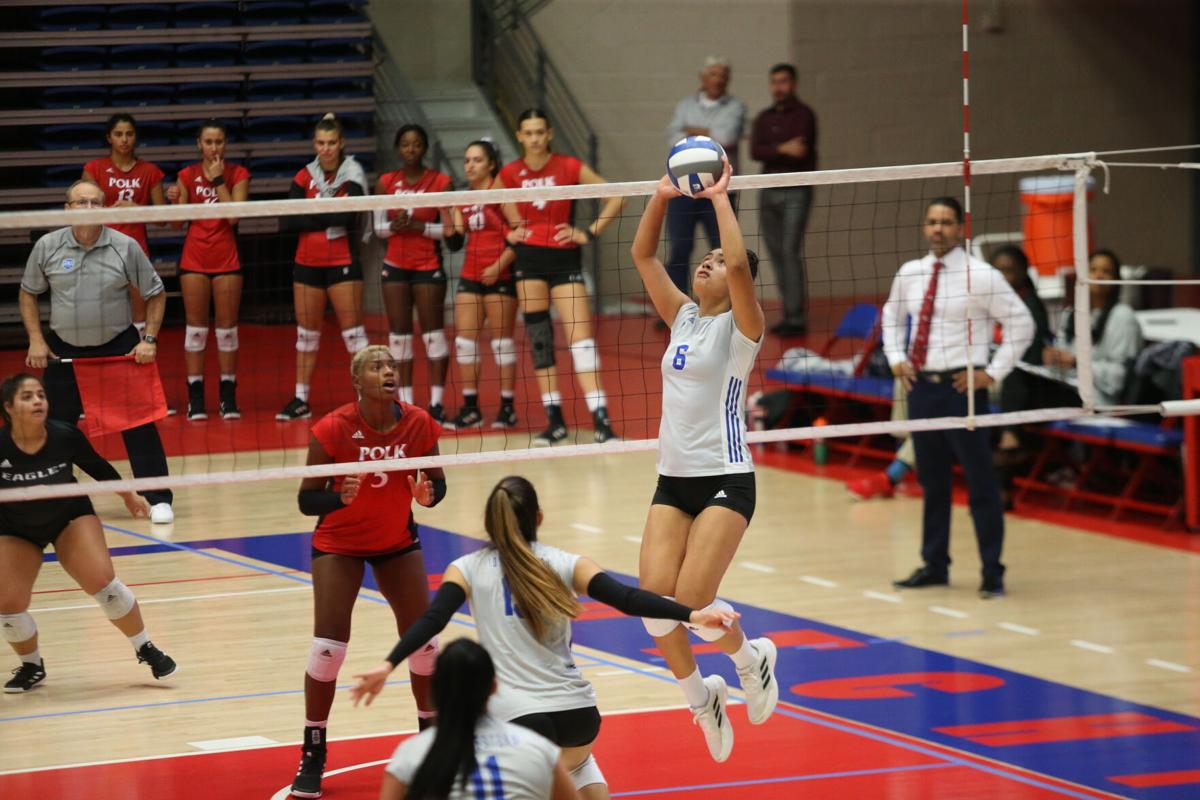 Yadhira Anchante makes a set for the Reivers. 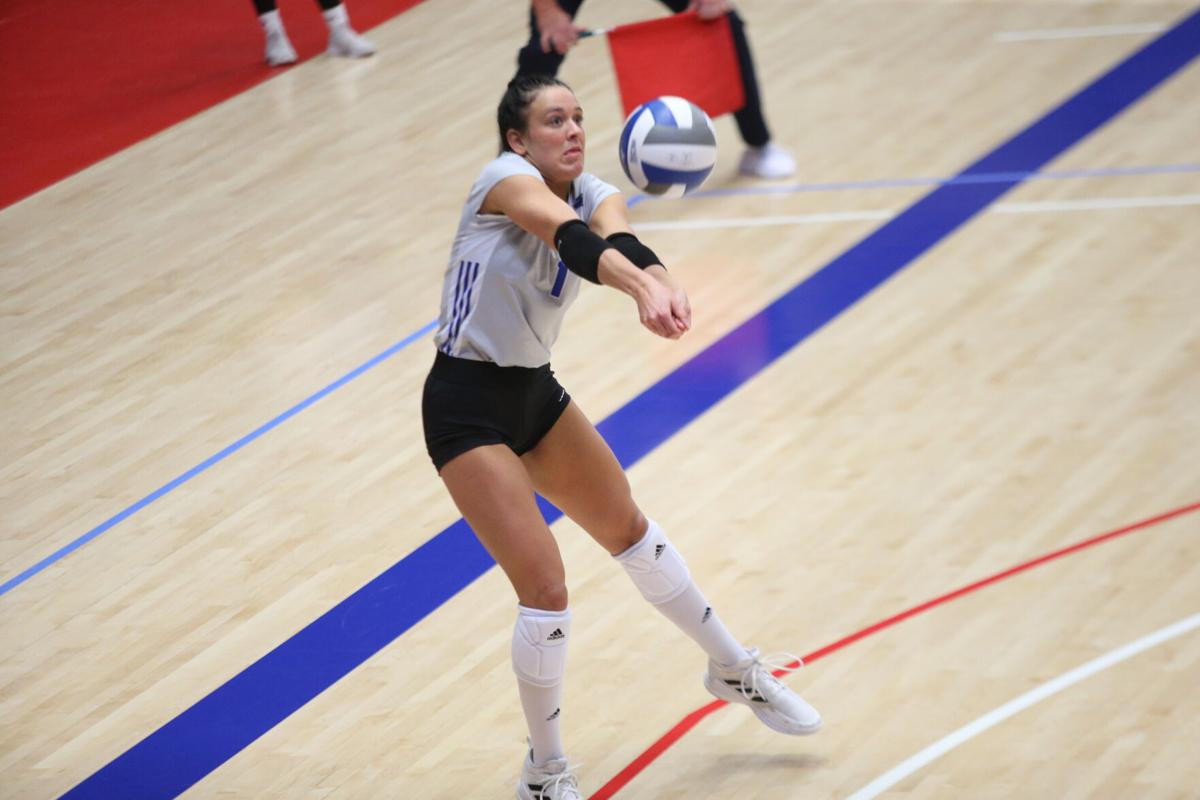 Iowa Western volleyball came into the national tournament as the No.8 seed and needed a victory over No. 1 Blinn in the quarterfinals to stay alive on Thursday night in Hutchinson, Kansas.

"I feel like our girls were really motivated and ambitious that we were deserving of an at-large bid," IWCC head coach Alica Williams. "I feel like we had to kind of get here the hard way. We didn't get that automatic bid. I thought we came in kind of fiery and just showcasing who we are. I thought we executed both game plans very, very well. That was the difference I feel like."

Williams pointed to the first set of the Blinn match as a big turning point. After allowing Blinn to sneak back into the match, it seemed like the Buccaneers had the momentum.

"I think we were honestly lucky to win that first set because we kind of let it go, and they had gained some momentum," she said. "I felt like we just somehow kind of battled our way through that. I think it ended on an error, and it was like, 'Thank God that one is over.'

"... I was a little bit nervous going into the second set because I felt like they rattled off a few points at the end, and it was close. They were kind of upset that they just lost that. But, our girls came out fiery.

Cherlin Antonio led the Reivers with 43 kills on the day, 19 of which came in the quarterfinals. Dayan Malave spiked down 16 against Blinn.

Yadhira Anchante dished out 81 assists in the two matches, including 44 against the Buccaneers. She also tallied 13 digs in the second match. Duru Ozkan finished with 12 digs.

"(Cherlin and Dayan) played lights out," Williams said. "Dayan until the third set didn't ever have an error. ... She was kind of everywhere. She's just always been a gamer. That's just her personality. It was great, I knew at crunch time she was not going to be nervous. We were trying to get her the ball as much as possible.

St. Albert bowling started its season on Friday at Clardina, but struggled to pick up spares which led to both the boys and girls teams fallin…

Graves hopes for success in year one at TJ

Thomas Jefferson girls basketball will have a new leader this year with first-year head coach Shelby Graves taking over.

Abraham Lincoln and Thomas Jefferson bowling started their season with a crosstown clash on Monday at Thunderbowl.

Lynx hope to find mix between youth and expereince

Underwood boys basketball started the season with a win on Monday at Shenandoah winning 66-25 after dominating the battle in the paint. The Ea…

St. Albert senior Lauren Williams has had a lot of role models between players and coaches during her volleyball career.

Eagles hope to bounce back in 2021

The Reivers celebrate a first-round sweep of Polk St. (Fla.) in the first round of the NJCAA tournament.

Duru Ozkan makes a save for the Reivers.

Aleeya Jones makes a back line save for the Reivers.

Cherlin Antonio hammers a kill for Iowa Western in a sweep of Polk St.

Yadhira Anchante makes a set for the Reivers.