Tri-Center poses for a photo after winning the substate championship on Tuesday. The Trojans are heading to their third state baseball appearance since 2016. 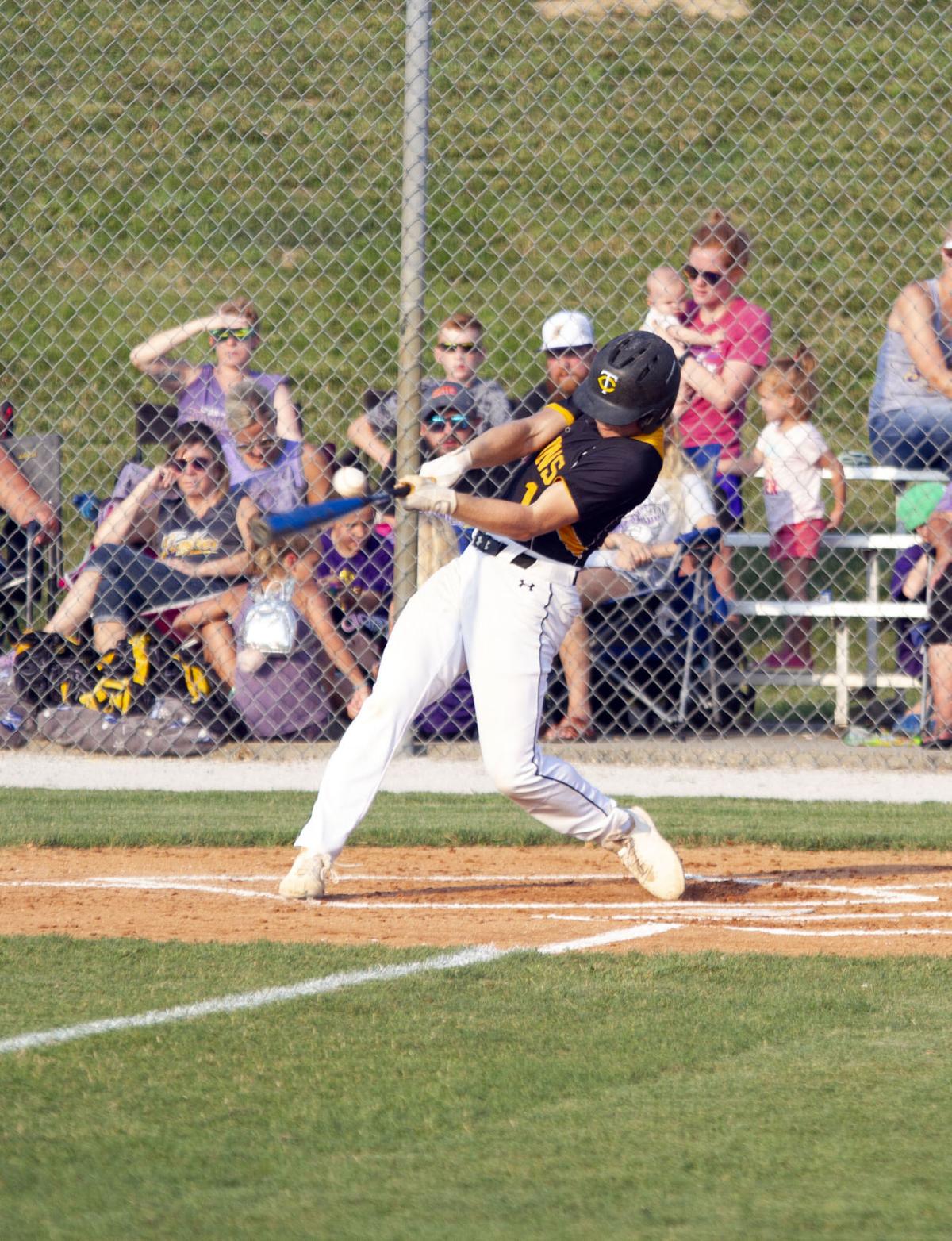 
Entering as the state tournament’s three seed, Class 1A No. 10 Tri-Center will take on Alburnett in the state quarterfinal round on Monday.

The Trojans defeated Class 1A No. 5 Kingsley-Pierson 5-0 last Tuesday at Sioux City West high school to earn their third trip to state since 2016.

“Especially as of late, the kids have been playing really well,” Trojans coach Max Kozeal said. “The great thing is it’s not just one or two guys, it’s been the whole team. Of course, Leyton (Nelson) has been great on the mound for us, but there’s a lot of other guys who have been doing things that really get us playing at a high level. This team has really been working well together and has accomplished a lot of cool things.”

Along the way, Tri-Center has broken some records including most wins in a single season, which was broken after defeating Logan-Magnolia 10-0 in the substrate semifinal in Neola.

The previous win record was set back in 1987, a year in which Tri-Center not only made the state tournament but would go on to win the state championship, which currently remains as the program's lone state title. The Trojans hope that their play can potentially bring another title to Neola.

“It’d be a lot of fun and of course that’s your goal once you get here,” Kozeal said. “Best part of that to me would be we’d get to play three more games, but like earlier we’re taking it one game at a time.”

Helping them achieve these goals, the Trojans have adopted what they call a ‘lumberjack’s mentality.’ This mentality has helped the Trojans to average a team batting average of .429 and average nearly 12 runs a game Kozeal explained how this came to be and what it means to this team.

“Our identity as a team has always been to make our practices as hard as they can, so the game seems way easier,” Kozeal said. “I saw a quote saying ‘If you had an hour to cut down a tree, you spend 50 minutes sharpening the ax and 10 minutes to cut down the tree.

“The saying just stuck with us and we’ve just called ourselves lumberjacks. Lumberjacks have one of the hardest jobs there is, so we took up the saying because we want to be hard workers, by showing up every day at practice and having some hard workouts and drills so we’ll be ready for each game.

“They’ve really adopted the whole idea too. They’ve put in the work, they’ve made an ax for the dugout, there's a couple of songs the kids like to play like ‘Timber’ after a win cause it’s like cutting down the tree after beating an opponent, and they get a kick out of that. The whole thing has been a lot of fun. ”

Some of the team members have seen and felt the atmosphere of state before as underclassmen as Tri-Center's most recent trip before this season was in 2018. This time around feels much different to the players as well as the coaches.

“Knowing that a lot of these guys have still had that experience is really helpful,” Kozeal said. “They had the chance to see and be a part of how the kids that year carried themselves and saw what you have to do and what you can’t do and again for a lot of these kids to come up short in other sports like basketball they understand you can’t let the moment take control of you, you have to take control of the moment.

“You do that by being in control of your emotions. These guys know what they have to do and it’s never an easy thing to do, but we have to keep ourselves under control and sometimes remind ourselves it's just a game, let’s just go have fun.”

First up on T.C’s state slate is the Alburnett Pirates who defeated North Mahaska 12-2 to make its way to the state tournament. Before that game The Pirates knocked off Class 1A No. 6 Don Bosco 7-3.

Needless to say, the Trojans expect another test here as they take on the Pirates who are making their third-ever appearance to state, second in three years. With a solid bunch of hitters and a deep bullpen as well.

“When you get to state there’s no more easy games,” Kozeal said. “When you think about it there are about 130 1A teams and to be one of the final eight remaining, a lot of fat has already been trimmed off and there’s just going to be a lot of really good teams there with you. There’s no easy game here by any means.

“Our first game will be a testament to all of that. Alburnett has some really good seniors, they were here just a couple of years ago too and were runners-up four of those four seniors on their team this year were starters on that runner-up team and played heavily to their success. They definitely have experience and they have some really good players.

“But with our kids, as we’ve said before if we just come in and do what we can do and play relaxed and play hard, we’re confident in what we can do.”

The Trojans and pirates will play on Monday at 7 p.m. in Carroll at Merchants Park.

Relaxed Falcons not looking past Pirates

After winning its first state tournament game in a decade, St. Albert baseball is not ready to celebrate yet, as it looks to earn the right to…

AL East-leading Red Sox get Schwarber in trade with Nats

Gilbert scheduled to start for Mariners at Rays

Tri-Center poses for a photo after winning the substate championship on Tuesday. The Trojans are heading to their third state baseball appearance since 2016.