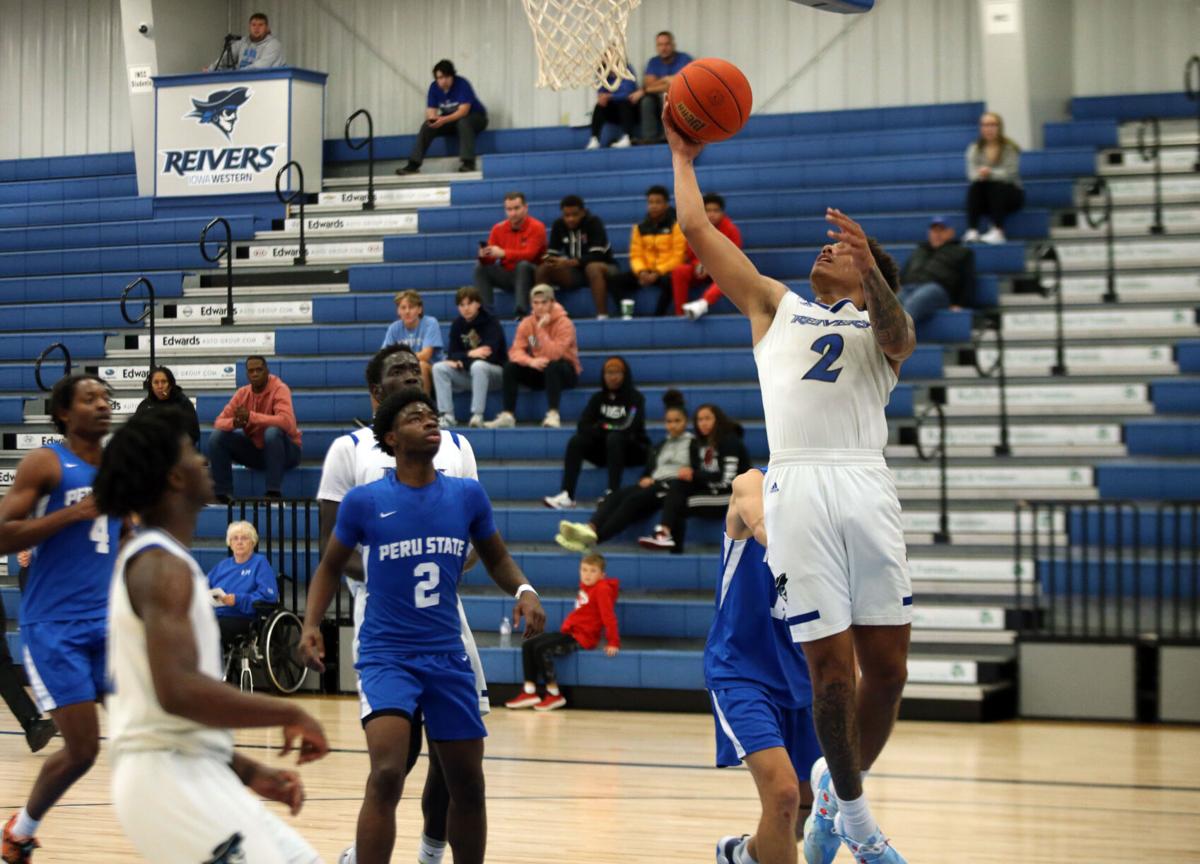 Malik Brooks of IWCC scores on a fast break. 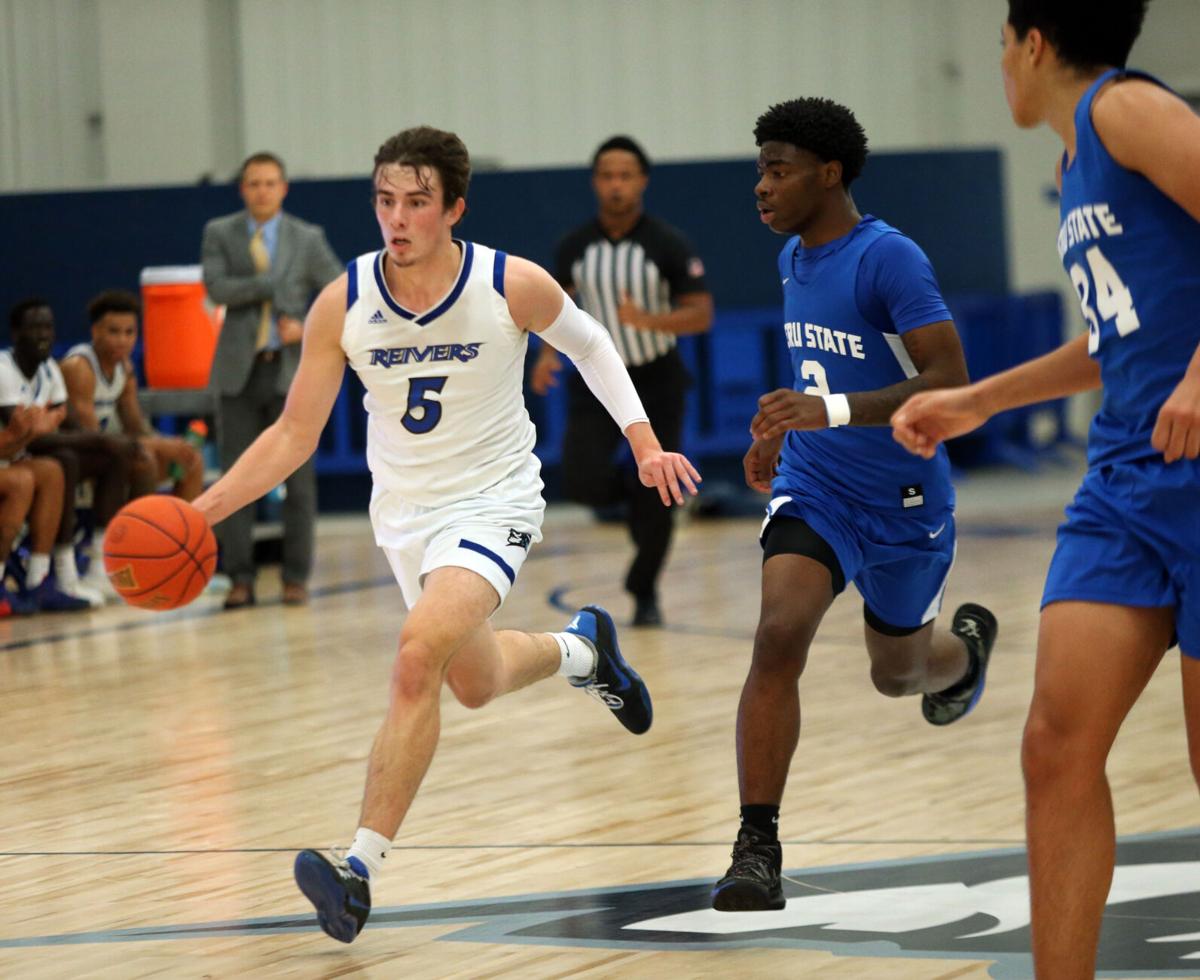 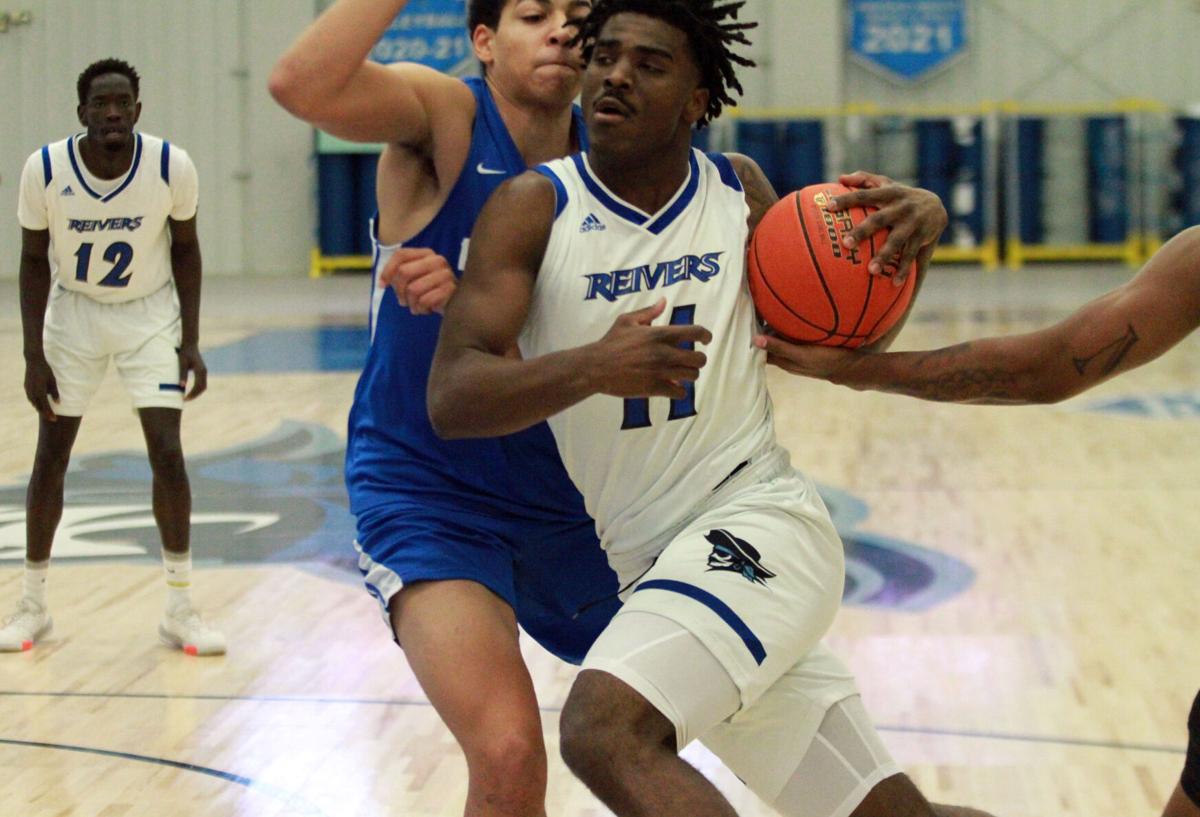 Dewayne Vass drives hard to the basket in the first half. Vass had 17 first half points. 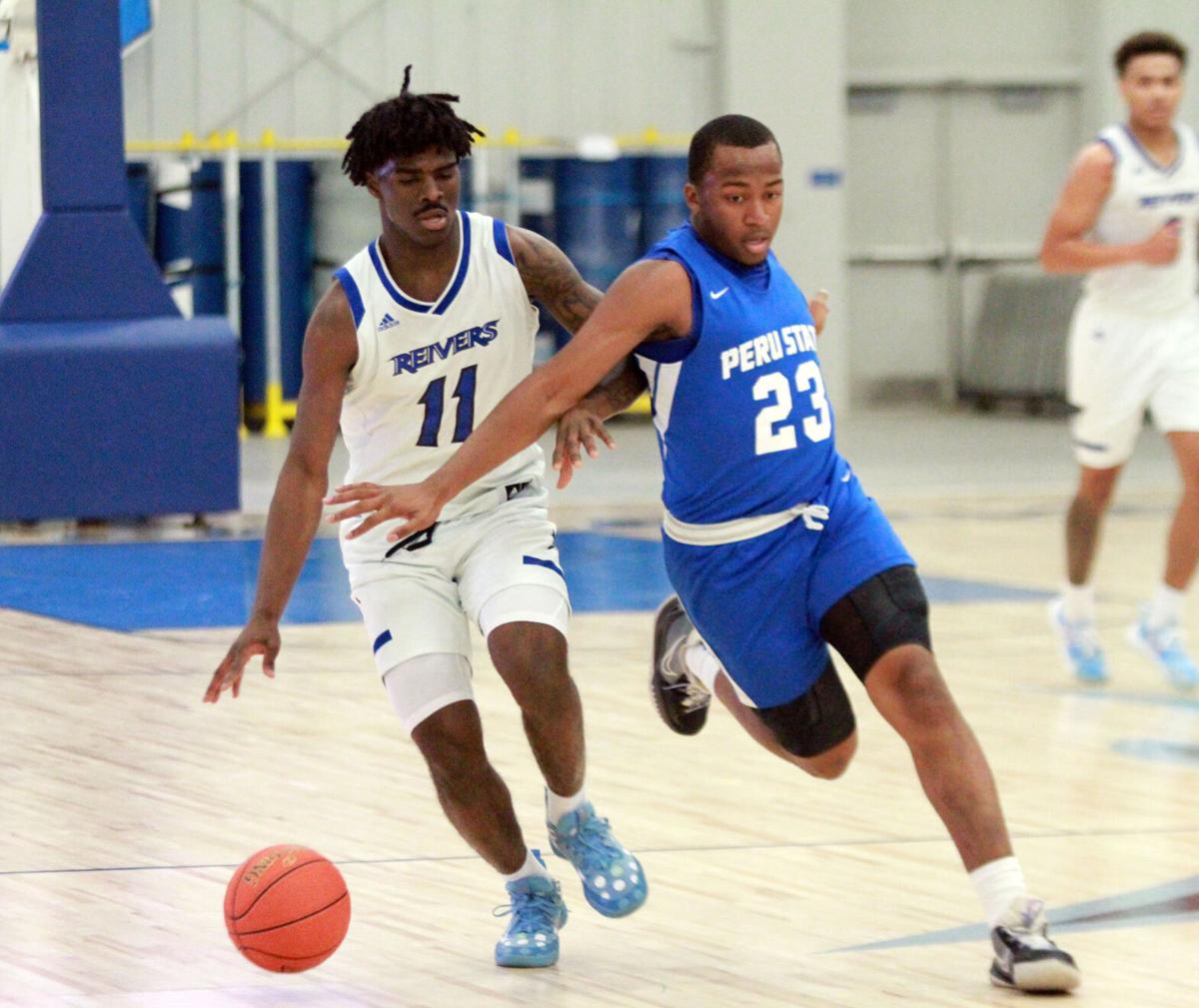 Dewayne Vass (No. 11) of IWCC drives past TaVion Anderson of Peru State.

“Initially I thought it took a little time to adapt to what they were doing,” Reiver coach Chad Van Reissen said. “After that first four, five minutes I really liked how our guys settled in and got consecutive stops, which allowed us to go on some runs and into our transition game and helped us finish around the rim. The mentality and continuing to push in that first half was big for us in this game.”

The first five minutes started as a back and forth battle as the Bobcats took an early 9-7 lead five minutes into the game. The Reivers quickly gained momentum as they scored some transition baskets during an 11-2 run to take an 18-11 lead with 12 minutes left in the first half.

The Bobcats hit a big 3 to end the run and cut the deficit to just four points, but the Reivers would outscore the Bobcats 29-12 for the rest of the half to take a 47-26 lead into the break.

“We got a lot of stops in a row and built a lead,” Malik Brooks said. “We got into transition and found our outlets in the open court, and it gave us a big lead.”

Brooks finished the night with 12 points, five rebounds, and an assist.

The Reiver offense started ice cold in the second as the Bobcats looked to make their way back into this game with an 11-2 run to start the game. The Reivers scored just nine points within the first 10 minutes of the second half.

Despite the second half’s offensive woes, the Reivers did enough to hold off the Bobcats and earn the season-opening win at Reiver Arena.

“Overall, we still got the win,” Roland McCoy said. “It’s always good to get that first win under your belt, but going forward, we just got to tone some things up. We got to go harder in practice and get our focus up and learn so we can come out of halftime strong and not have these lapses. I think we’ll still be solid going forward.”

“A main positive here is we saw what we can be when we are executing our offense and defense,” Van Riessen added. “Defensively we showed signs that we can get consecutive stops, which is huge, but on the flip side you could see when we aren’t dialed in that gives the opponent the advantage.

Ultimately, it’s a day-by-day process to create these habits during a 40-minute battle. I think every team in the country is working towards playing their best 40 minutes from here until March and we did some things that I like, but again we still got to develop those good habits mentally.”

McCoy led the Reivers with 14 points, he also had two rebounds.

Iowa Western will return to action this Friday as they play host to Highland at 6 p.m.

The AL girls basketball team defeated the Fillies in Shenandoah to open their season 1-0. Class 2A No. 10 Treynor held TJ to just 10 points for the first half on the way to victory. And LC fell at home against Sergeant-Bluff Luton, while AHSTW lost on the road at CAM.

With just one returning starter from last season, the Lewis Central girls basketball team rolls into the season with lots of new names and fac…

No. 8 Iowa Western men’s basketball lost its first game of the season after shooting just from the floor in a 64-53 loss to Metropolitan College.

No. 10 Iowa Western women’s basketball held off the McCook Indians despite a fourth-quarter rally to bounce back into the win column with a 70…

In a rematch of two teams that met just 11 days earlier, No. 8 Iowa Western took the court against Kansas City Kansas College on Tuesday night.

Iowa School for the Deaf girls basketball faced a lot of adversity last year and will encounter some uphill battles this season. But head coac…

Malik Brooks of IWCC scores on a fast break.

Dewayne Vass drives hard to the basket in the first half. Vass had 17 first half points.

Dewayne Vass (No. 11) of IWCC drives past TaVion Anderson of Peru State.