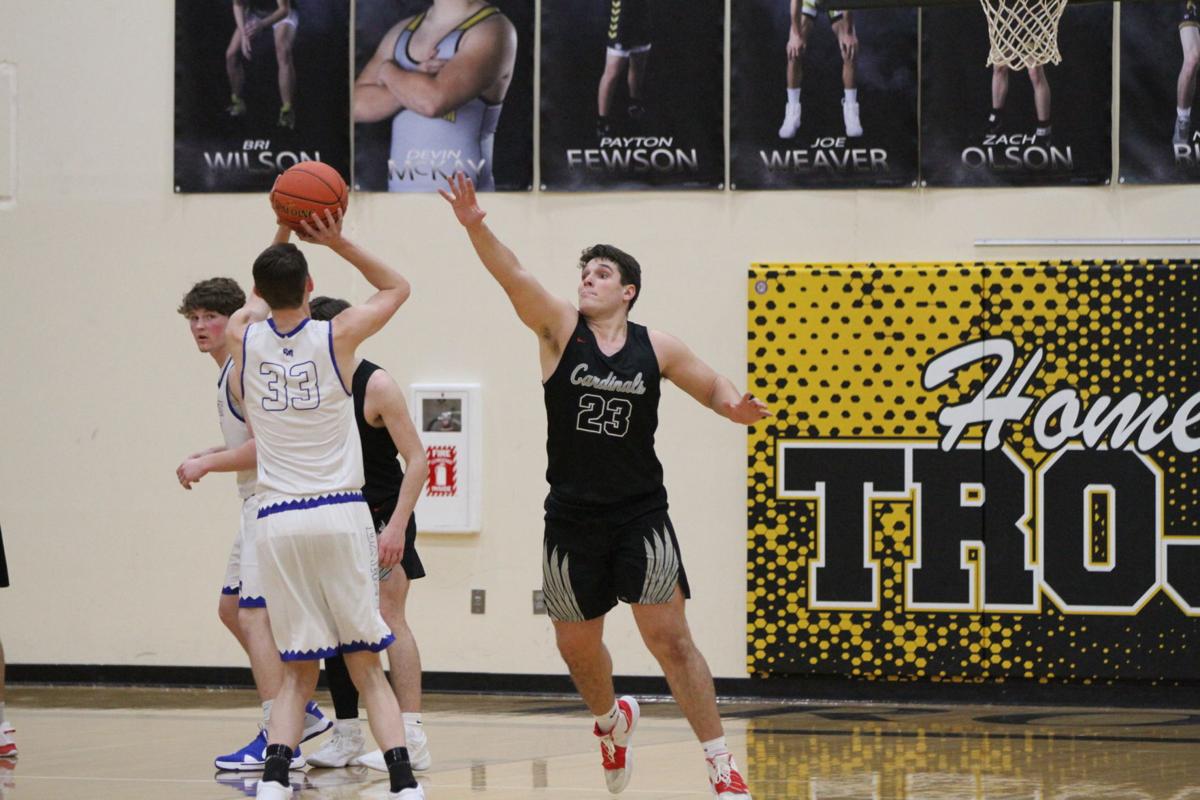 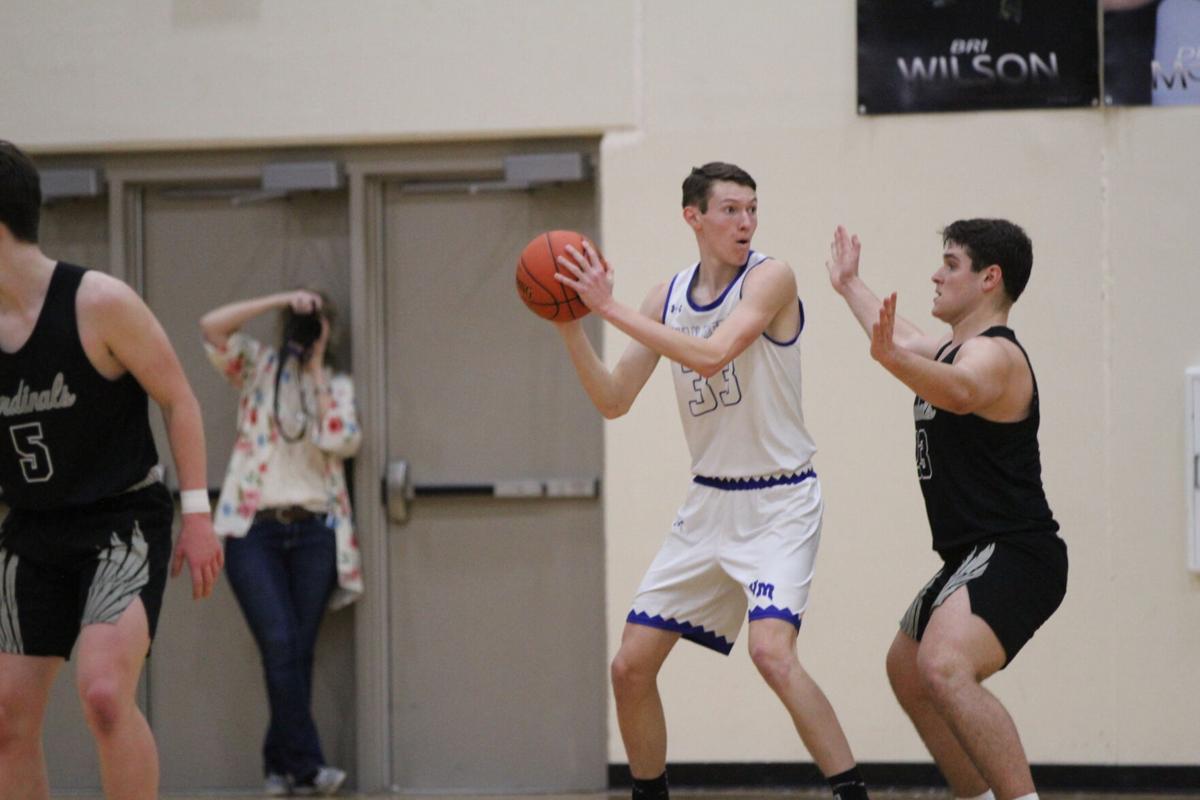 Taylor Birks (33) of Van Meter looks for a teammate while being guarded by Blake Sadr of Treynor on Saturday in Atlantic.


ATLANTIC — For the fourth time in the last five years, Van Meter has a date in Des Moines after outlasting Treynor 56-53 in the Class 2A Substate 8 final here Saturday night.

The Bulldog boys basketball team punched its ticket to the state tournament with the come-from-behind win.

Late in the fourth quarter, Treynor trailed by two with the basketball and a chance to tie or take the lead. But after a missed second free throw, the Cardinals fouled junior guard Chris Schreck with the Bulldogs clinging to a one-point lead.

Schreck nailed both pressure-packed foul free throws, and a half-court have at the horn from Treynor missed, sending Van Meter back to state.

Senior Sid Schaaf led the way for Treynor with 16 points and eight rebounds, while senior Tim Zimmerman had 14 points and four boards.

The No. 9 Bulldogs carried that momentum into the third, where they took the lead after outscoring Treynor 16-10 before the drama of the fourth quarter.

Prior to Van Meter’s four state trips since 2017, it had been since 1936 that the Bulldogs had been. On that ’36 squad was a pretty good athlete in Baseball Hall-of-Famer and Cleveland Indians legend Bob Feller.

This year’s boys state tourney will be March 8 to 12 at Wells Fargo Arena in Des Moines.

Marcus Zegarowski, a first-team All-Big East point guard, has decided to end his college career with the Bluejays and turn pro.

Taylor Birks (33) of Van Meter looks for a teammate while being guarded by Blake Sadr of Treynor on Saturday in Atlantic.