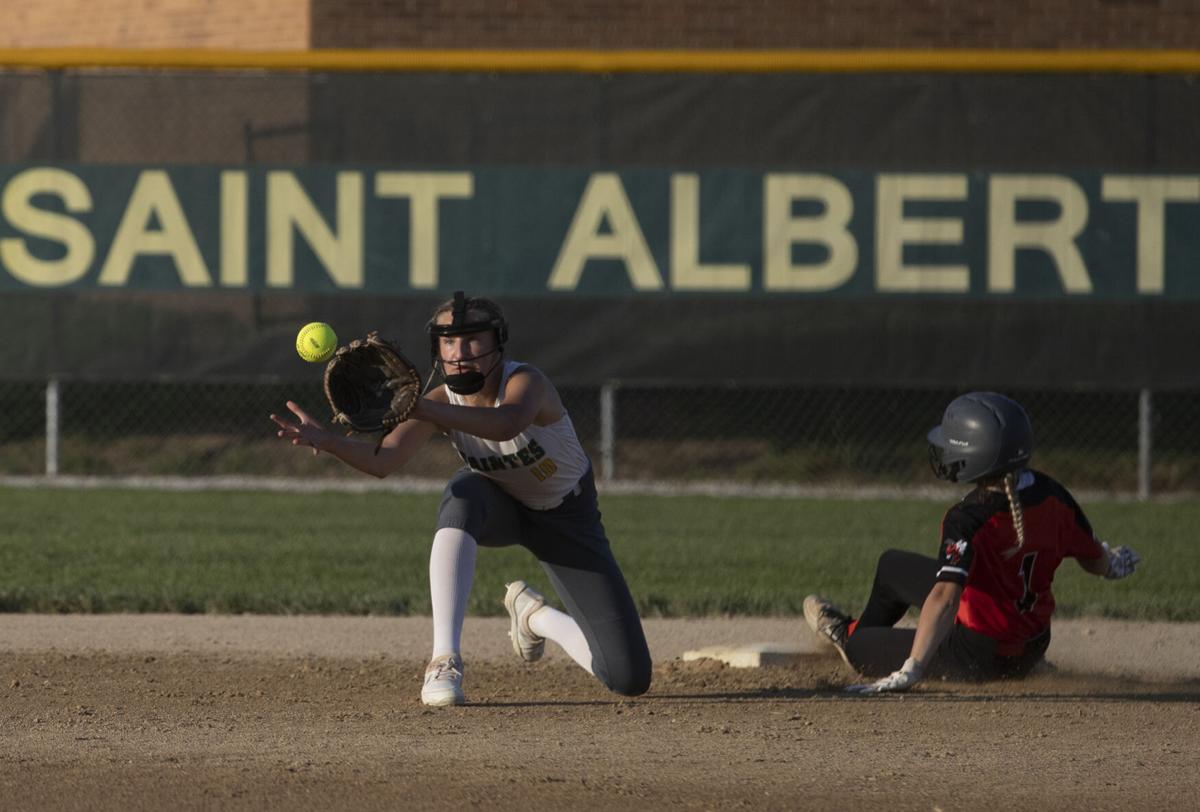 St. Albert’s Kylie Wesack (10) waits for the throw as Thomas Jefferson’s Shaeley Bose (1) slides into second during the first inning on Wednesday, June 9, 2021. 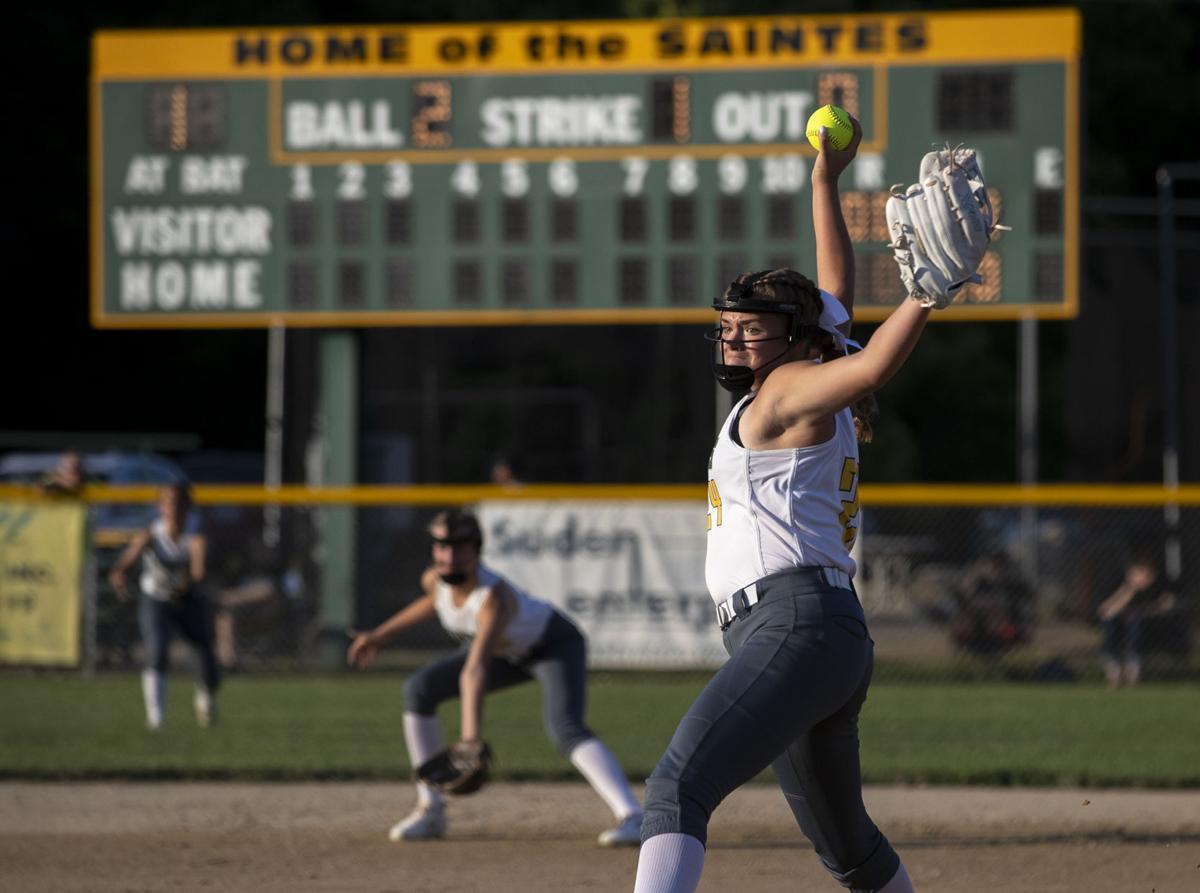 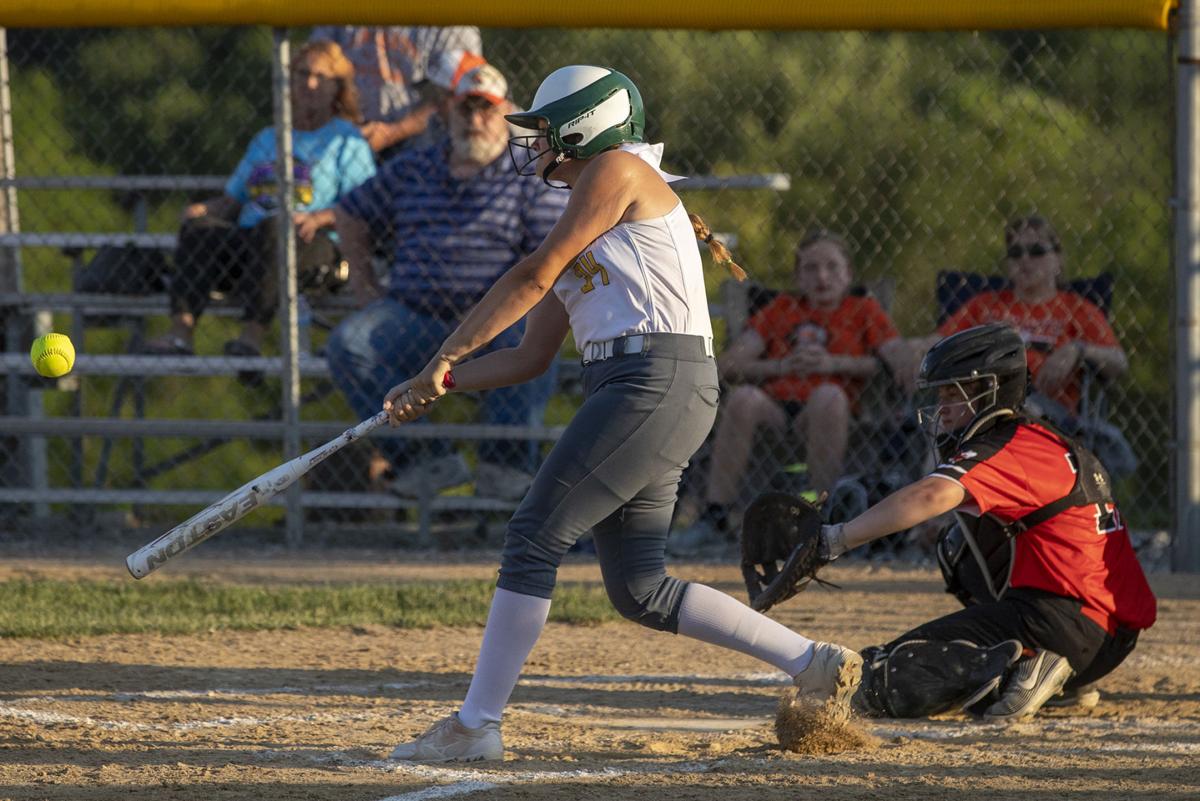 
Harlan senior Emily Brouse caused problems for the St. Albert softball team all night in Thursday's home game pitching a perfect game in a 10-0 win for the Cyclones.

St. Albert head coach Lyndsay Daley knew it was going to be a tough game against Harlan but thought her team made one too many mistakes.

"They're always really good and we knew that coming in," she said. "They just killed the ball and we gave them a few runs with some bad defense and it was not a good game for us."

Daley said the loss stings but she hopes the team uses it as a learning experience.

"We found a couple things to talk about that we know that we can clean up," she said. "Missed cutoffs here and there. We gave them a couple extra basses. We didn't look at home a couple times. Just some small things. We have to look at those that we would need to clean.

"... You have to move on from it. You can't sit and ponder over it anymore. We talked about a couple things we're going to fix and we have to move on because we don't have practice."

St. Albert is in action again at 7:30 p.m. tonight in a doubleheader against Shenandoah at home.

Look to the Chargers and Seahawks to make the playoffs

St. Albert softball 10-run ruled an opponent for the first time this year with a 12-2 win over Red Oak at home on Monday but lost 7-6 in game …

St. Albert’s Kylie Wesack (10) waits for the throw as Thomas Jefferson’s Shaeley Bose (1) slides into second during the first inning on Wednesday, June 9, 2021.