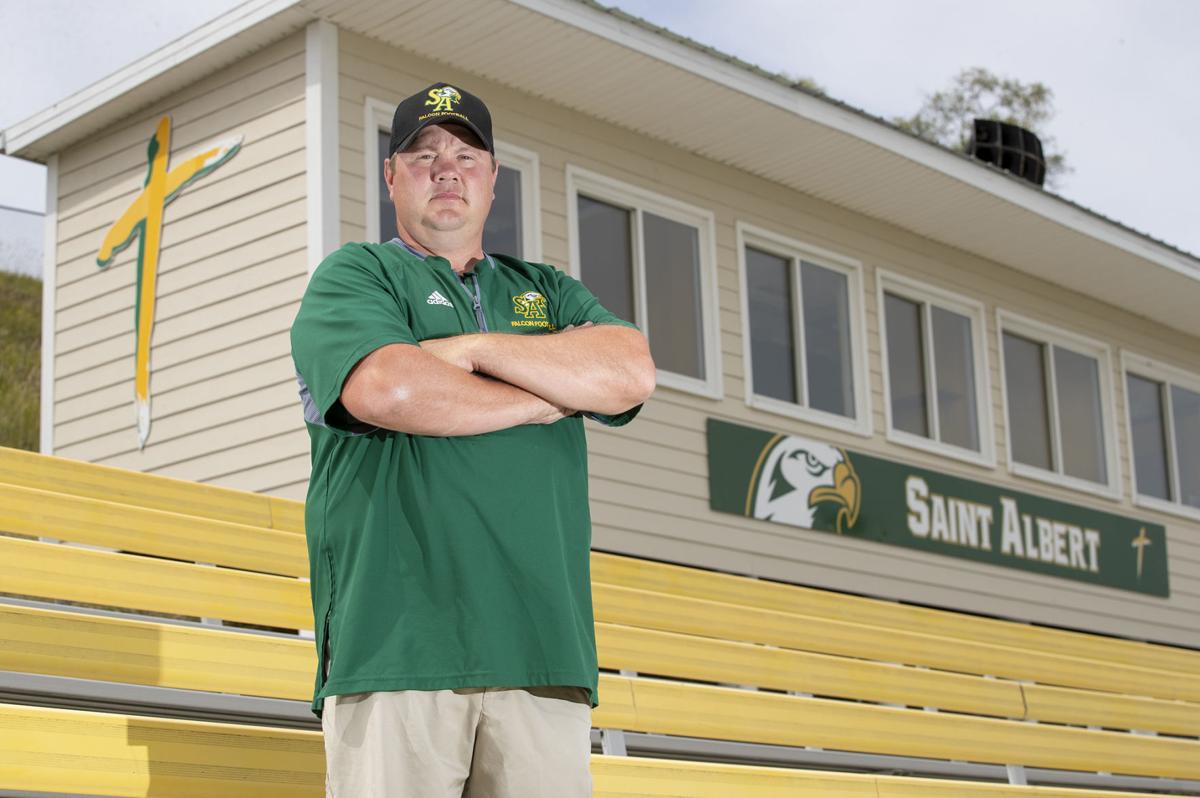 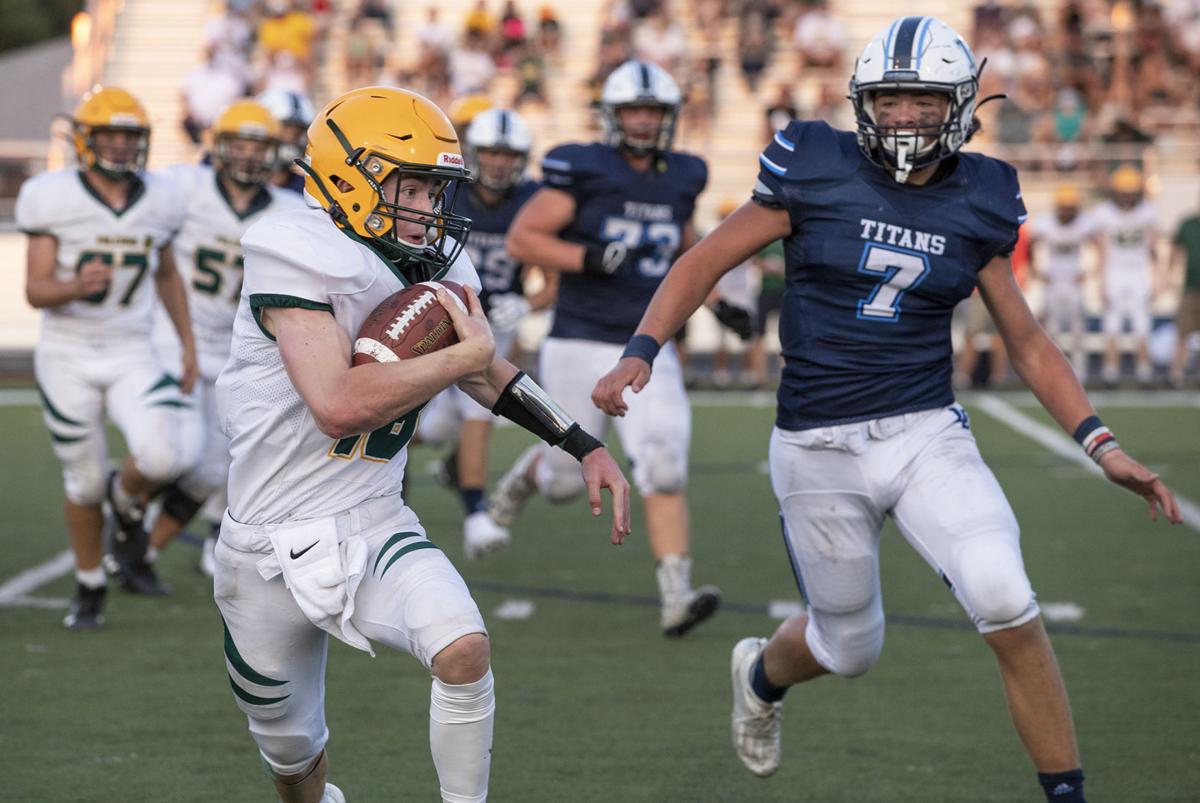 Jake Driver is exactly where he wants to be.

After a 13-year stint as a St. Albert assistant coach, Driver is now leading the program he once suited up for.

“It’s a dream come true,” Driver said. “When I played here, I always had great coaches, and I always want to give back to the St. Albert community. This is always where I wanted to be and I’m excited to be taking over the leadership role of this program.”

Driver, a 1998 St. Albert graduate, previously served as a linebackers coach and defensive coordinator for the Falcons. During his tenure as an assistant, he helped guide St. Albert to five state championship games, winning three (2006, 2007 and 2009). He takes over for Pat Ryan, who went 10-8 in two seasons and stepped down to focus on his position as director of curriculum/principal at St. Albert, but is still involved with the football team in a more limited capacity.

Driver showed the type of mentality he wants for the program right away, accepting a Week 1 game against Lewis Central, which made it to the Class 3-A semifinals in 2019. The Titans needed a game after COVID-19 schedule changes, and Driver accepted the challenge. Although the Falcons lost 28-3, Driver’s mindset on why he agreed to the game holds true.

“I come from the old philosophy of if you want to be the best, you have to play the best,” Driver said. “Right now, they’re the measuring stick in 3-A football, in my opinion.”

Offensively, sophomore Brendan Monahan got the Week 1 nod at QB as the Falcons look to replace last year’s starter Lance Wright, who threw for 809 yards and eight touchdowns and ran for 306 yards and three touchdowns in 2019.

Defensively, the Falcons return their top five tacklers from last season – all seniors – led by linebacker Bennett Grontstall, who had a team-high 74.5 tackles and 3.5 tackles for loss last year.

St. Albert hopes to bounce back from their Week 1 loss and continue a trend started down the stretch last season. After beginning the year 1-4, the Falcons won their final four games by a combined score of 155-34.

To say 2020 has been unique from a prep sports perspective would be an immense understatement.

The Class 3-A No. 4 Titans got a pair of rushing touchdowns from senior running back Logan Katzer after a Carroll fumble and three-and-out on …

CRESTON – Glenwood won the team titles in both the girls and boys races at Tuesdays Creston cross country Invite.

Lewis Central gets complete effort in win over Glenwood

GLENWOOD – All three phases were clicking for Class 3-A No. 4 Lewis Central on Friday.

Only five days before its season opener against Iowa State, TCU received some positive news.

SIOUX CITY – Points were aplenty in the first half Thursday as Sioux City East earned a 55-26 homecoming victory over Thomas Jefferson on Thursday.

Lewis Central experiments with lineups in dual victory over Atlantic

The St. Albert-AHSTW football game, originally scheduled for tonight at 7 p.m. in Avoca, has been canceled.