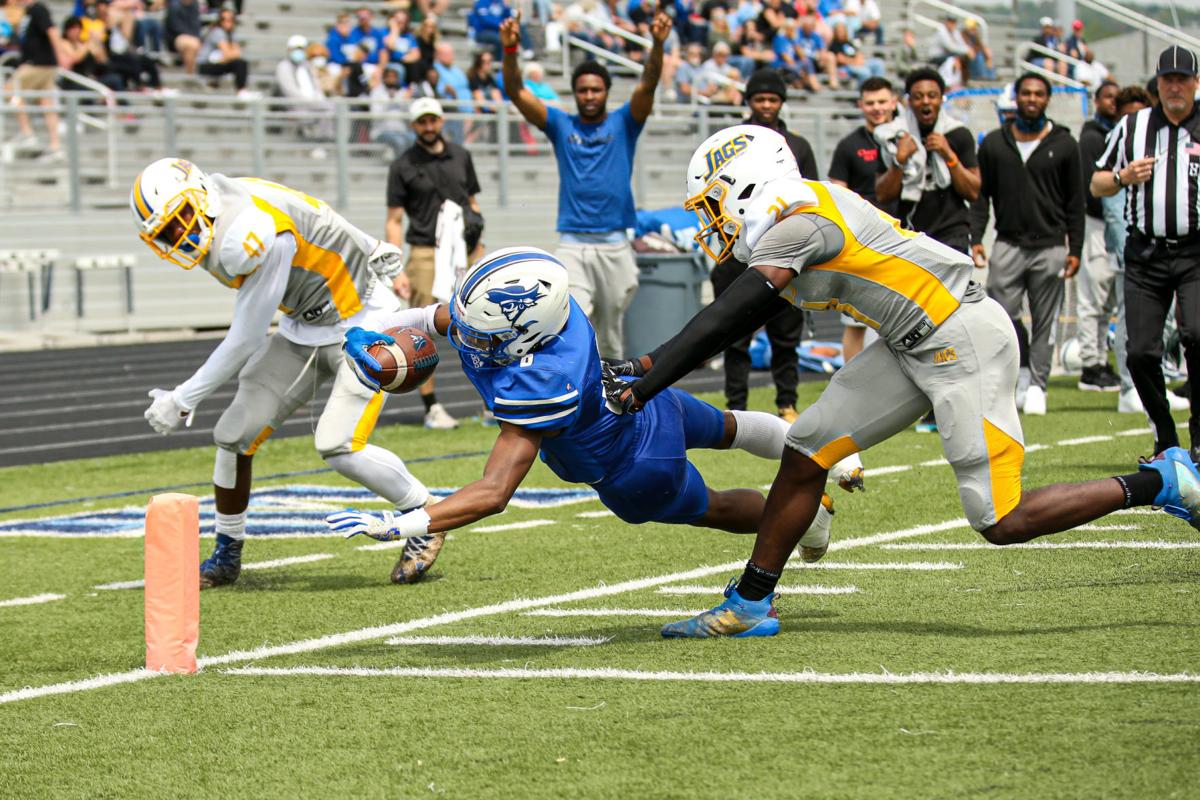 Reivers wide receiver Donovan Moorer (6) dives into the end zone for the first score of the game in front of Jags defender Lee Davis (21) and Keon Coleman (47) in a game earlier this year. 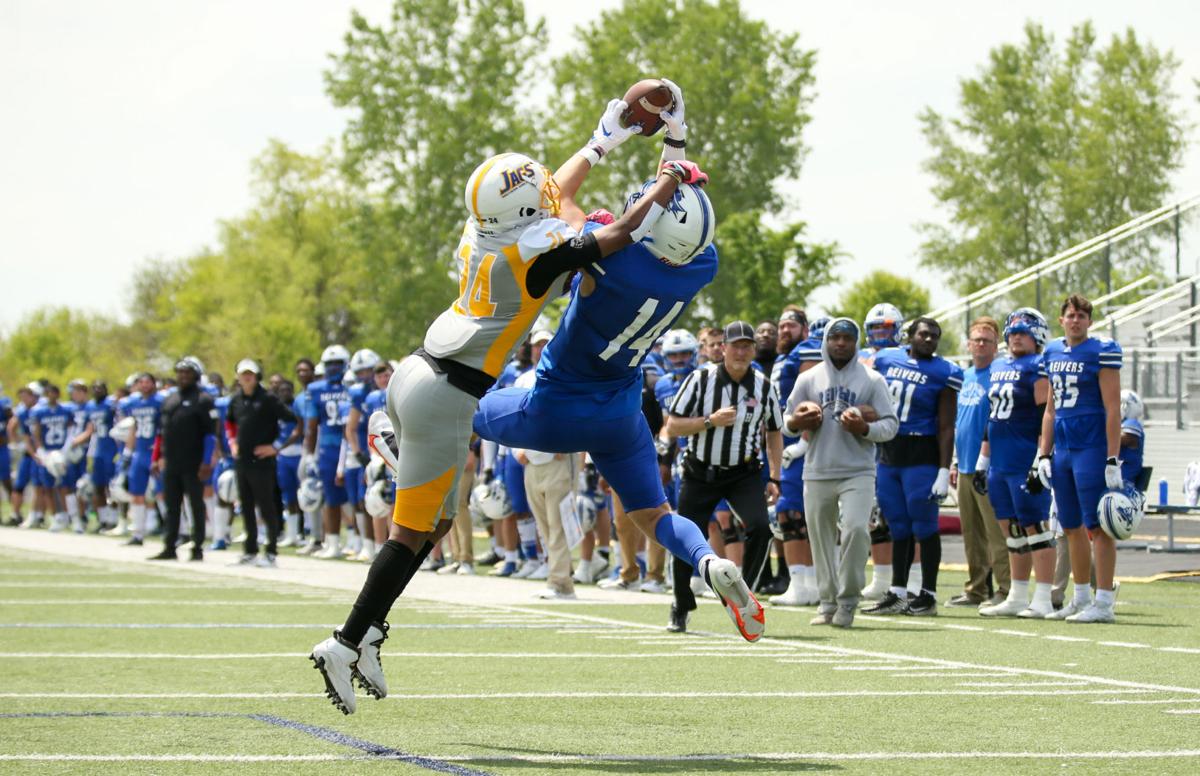 The Iowa Western football team released its schedule to the public on Thursday afternoon and will play a total of 10 games this upcoming season.

Iowa Western will also have a chance to play defending NJCAA runner-up Snow College again in an attempt to avenge its only loss from this past season, however, they’ll have to do it on the Badger’s field in Utah. A time has yet to be announced for this contest.

In addition to the football team, Iowa Western men’s and women’s soccer also revealed its schedule for the fall season.

Coming off an NJCAA runner-up season, the Iowa Western men’s soccer team will play their first game on Sept. 1 at Northeast College. Their first home game will be on Sept. 4 against Scott College.

The women’s soccer team will start a bit earlier than the previously mentioned teams as their first game will be played on Aug. 19 at Jackson College. They will play their first home game on Aug. 28 against Western Wyoming.

Volleyball and Cross Country teams have not yet released their schedules.

Mac Engel: No one should expect Dallas Cowboys QB Dak Prescott to be 100% this quickly

Not long after Dak Prescott signed his $160 million extension in March, he said he felt so good he was ready to run and play at that very moment.

Cardinals break through the Falcons

After giving up a safety in the first quarter, Treynor football scored the last 35 points of the game to defeat Class A No. 5 St. Albert 35-2 …

Trojans look to surprise in bounce back year

After back-to-back 6-4 seasons, Tri-Center football found itself on the wrong end of multiple close games in 2020.

Reivers wide receiver Donovan Moorer (6) dives into the end zone for the first score of the game in front of Jags defender Lee Davis (21) and Keon Coleman (47) in a game earlier this year.