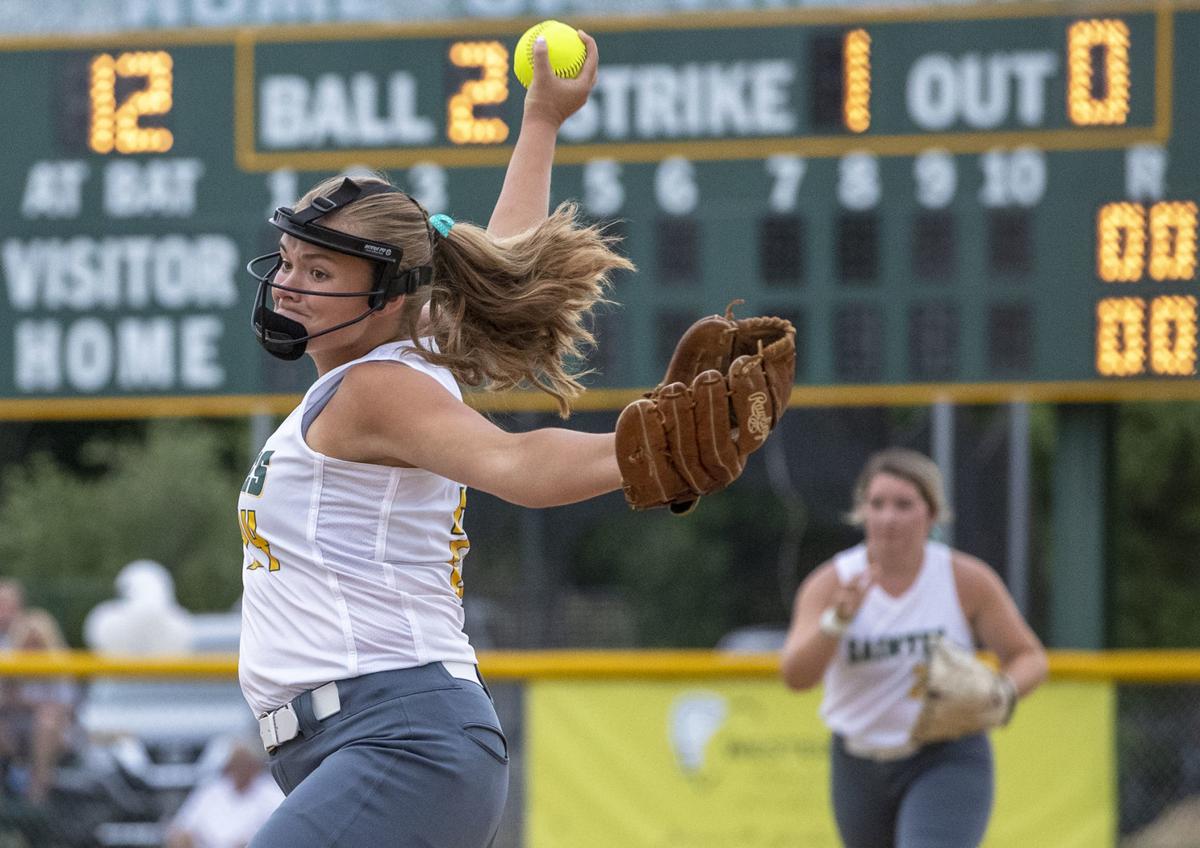 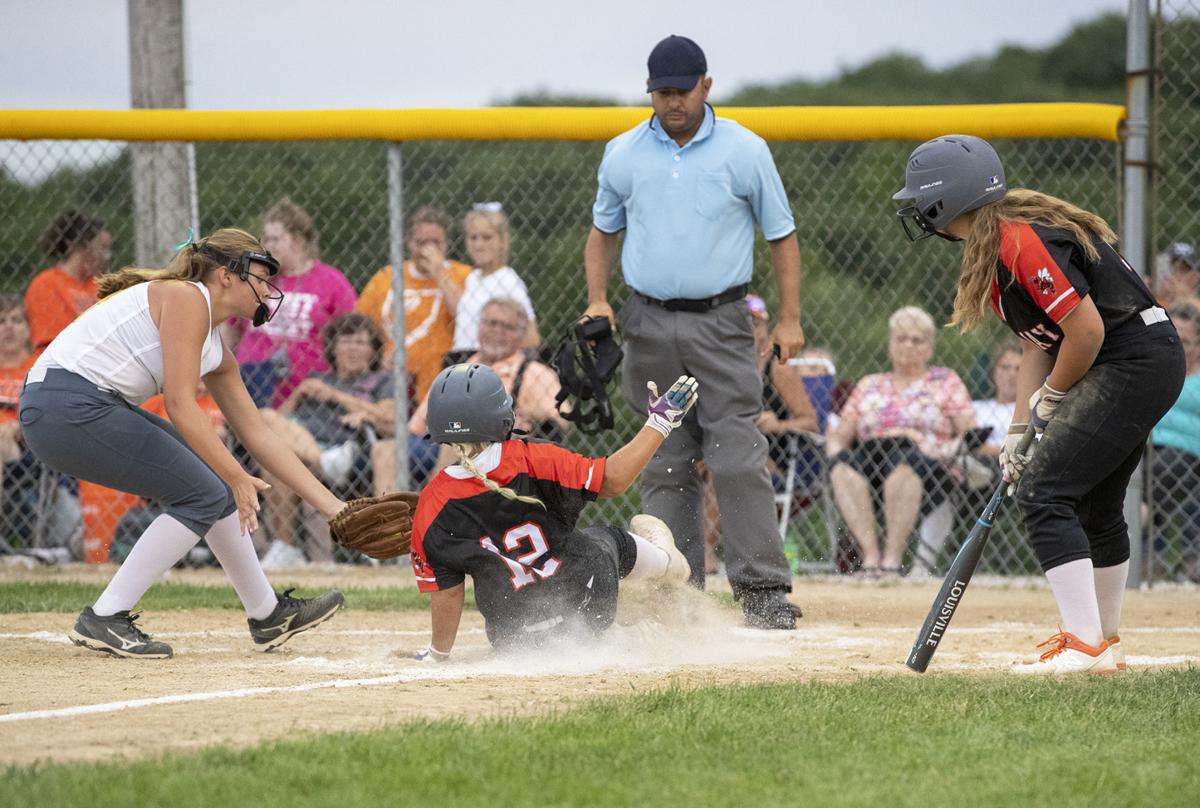 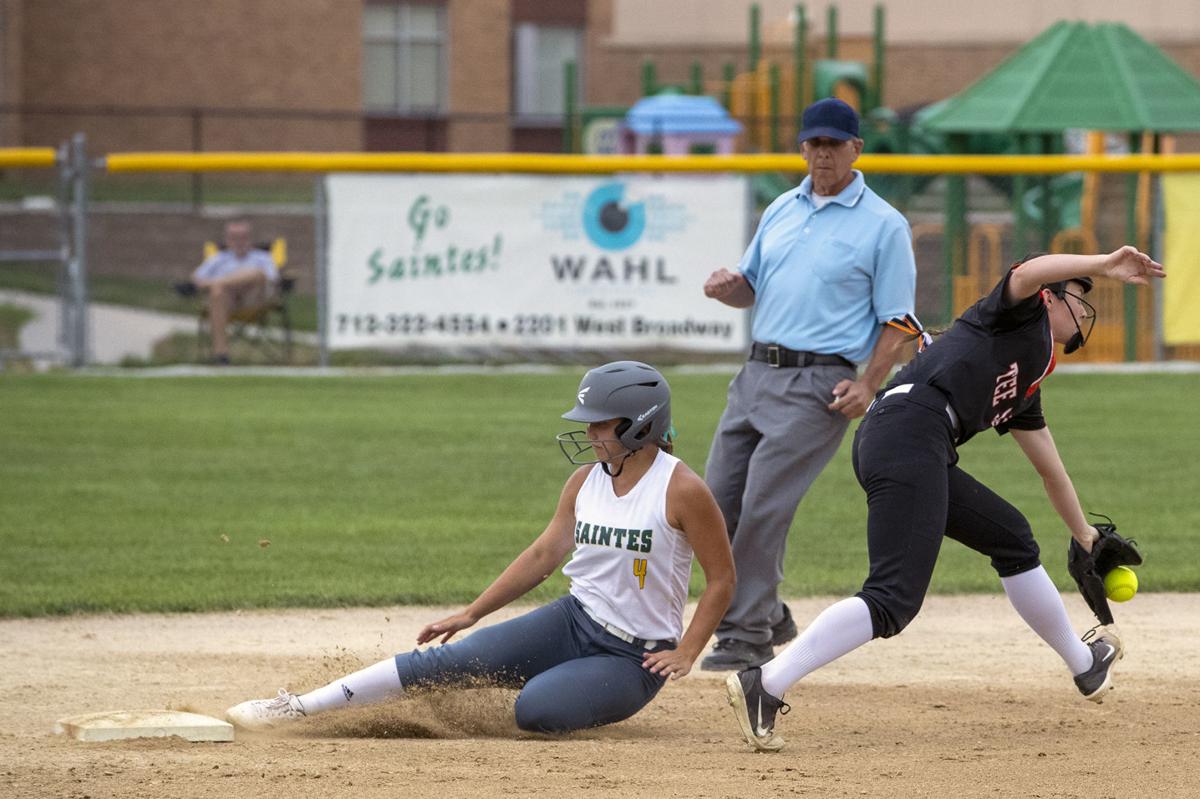 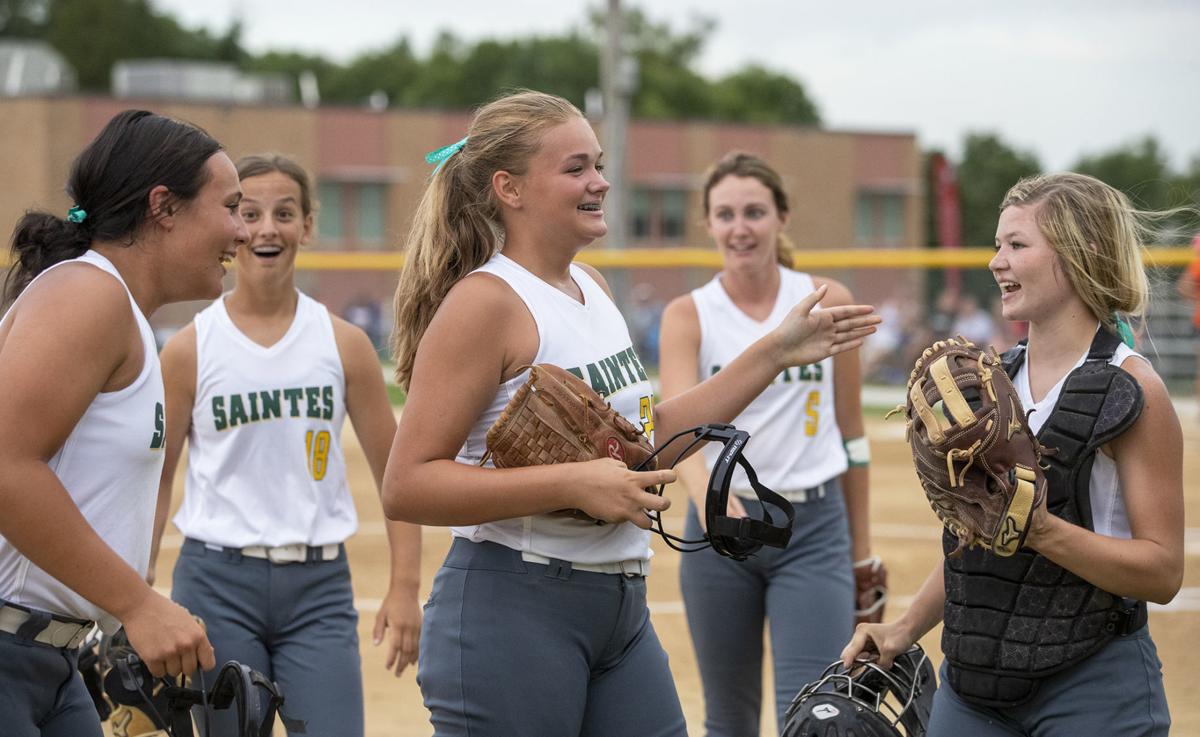 St. Albert pitcher Alexis Narmi, center, and fellow Saintes defenders smile as they head to the dugout following the top of the second inning on Friday, July 10, 2020. 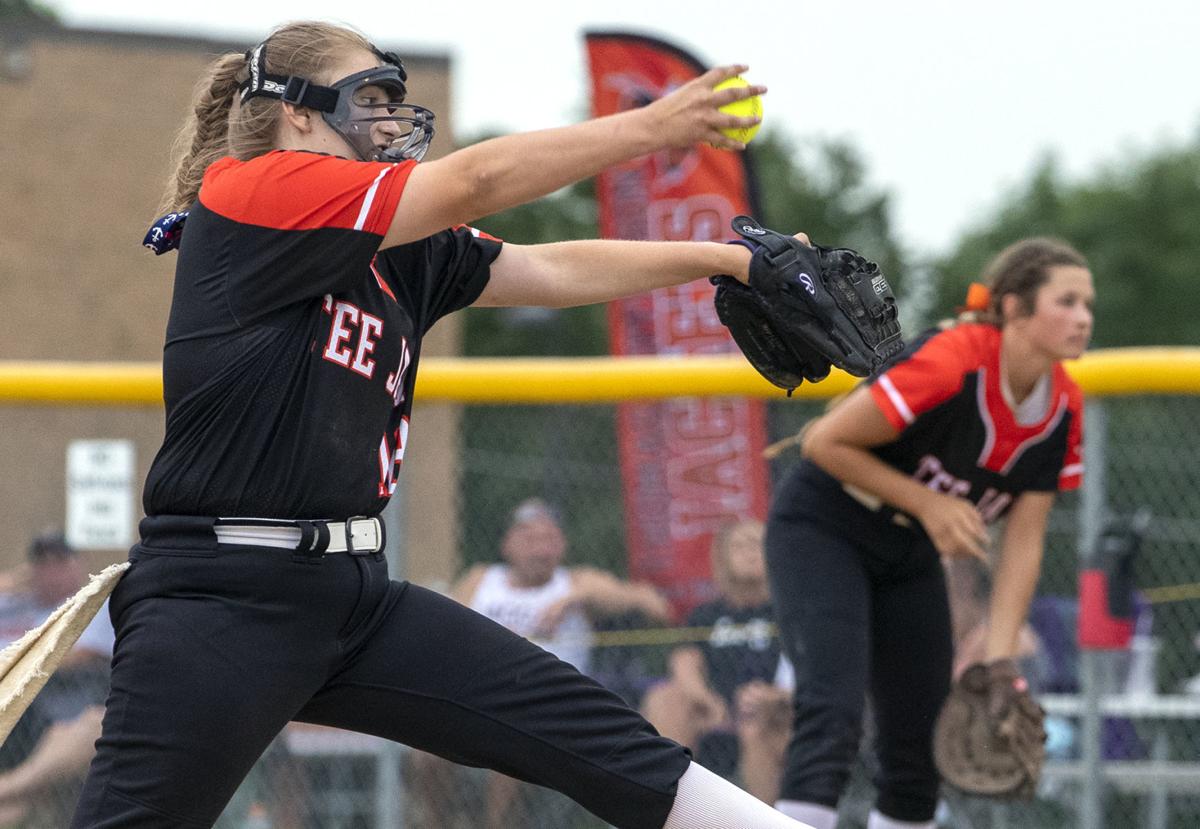 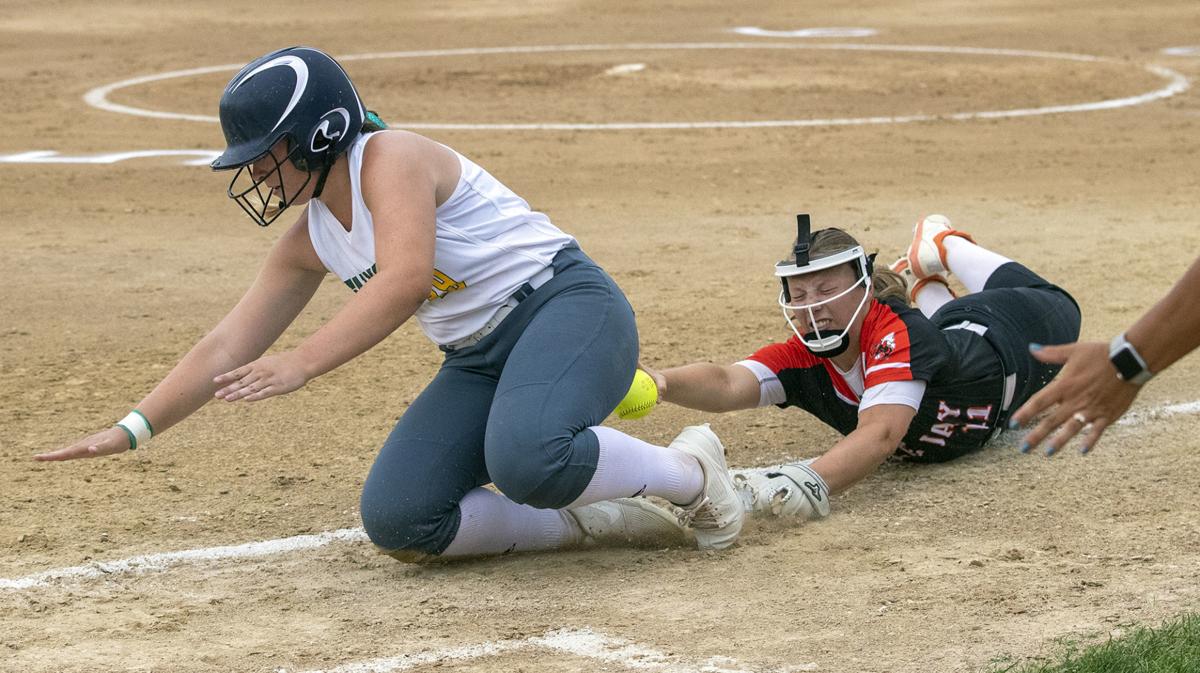 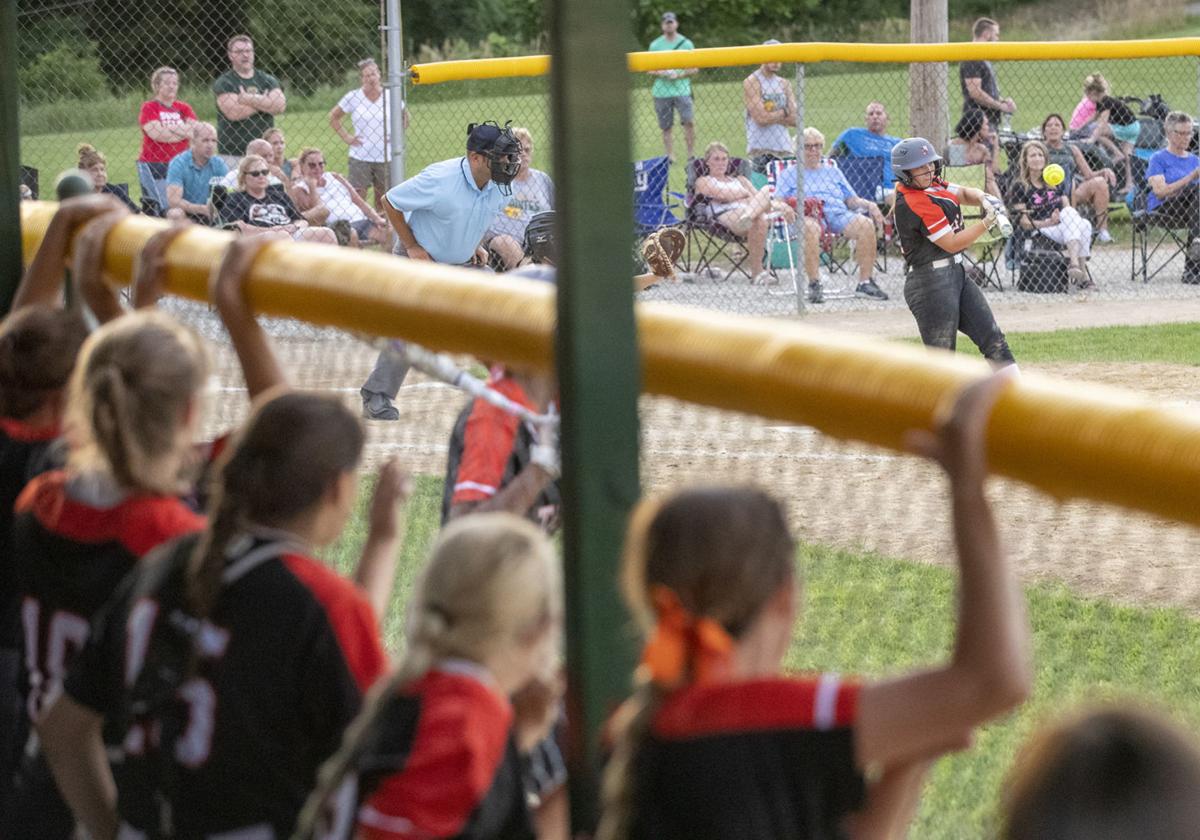 Sarah Eggerling’s walk-off single in the bottom of the seventh inning brought home Shelby Hatcher, delivering a 7-6 victory for St. Albert over Thomas Jefferson on Friday.

Fittingly, Hatcher, who is a senior, also went 3 for 3 at the plate on senior night for the Saintes.

However, it wasn’t all roses for St. Albert Friday as it trailed 5-0 after five innings before a six-run sixth inning, taking their first lead at 6-5.

“It was 5-0 through five innings, and I kind of let them have it and they responded,” St. Albert head coach Lyndsay Daley said with a chuckle.

T.J. answered right back, tying it 6-6 on an RBI double from Lilly Thompson, but that’s all the scoring the Jackets could muster. Hatcher’s one-out single got thigs started in the home half of the seventh, followed by an Alexis Narmi walk and the Eggerling walk-off winner.

“We’ve had some ups and downs this season,” Daley said. “Tonight, we didn’t play our best by any means. I was proud of the girls for showing some grit and pulling it out even when you don’t play your best. It’s exciting to end (the regular season) on a win and now head into the postseason.

T.J. concludes its regular season on Monday at 7 p.m. when they travel to Harlan. St. Albert, which has won five of its last eight games and three of four now turns the page to postseason play on Wednesday when they host Treynor at 7 p.m. in the Class 2-A – Region 1 quarterfinals.

St. Albert pitcher Alexis Narmi, center, and fellow Saintes defenders smile as they head to the dugout following the top of the second inning on Friday, July 10, 2020.