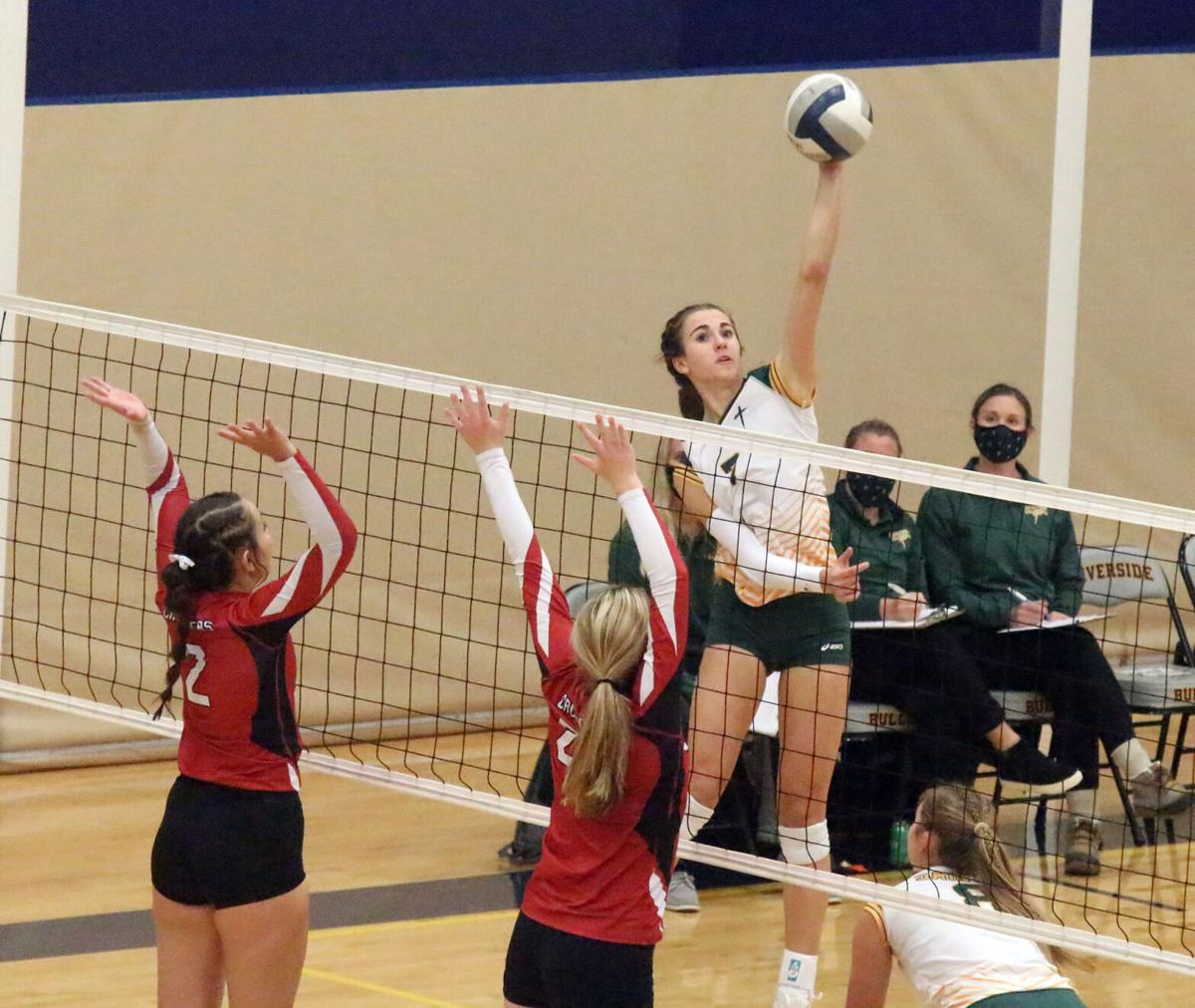 Saintes junior Lauren Williams wind up for a kill past two Coon Rapids defenders during the second set. 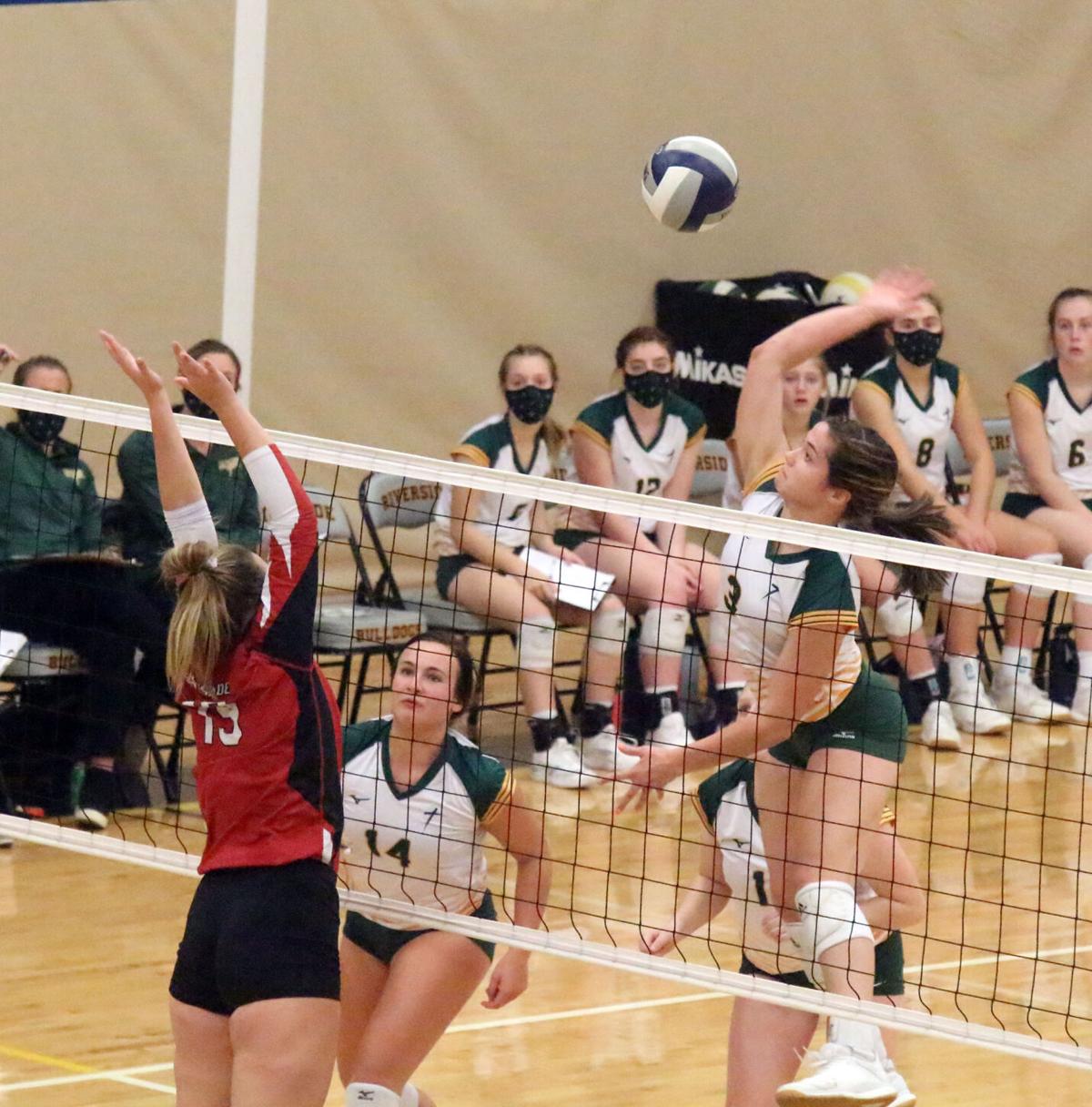 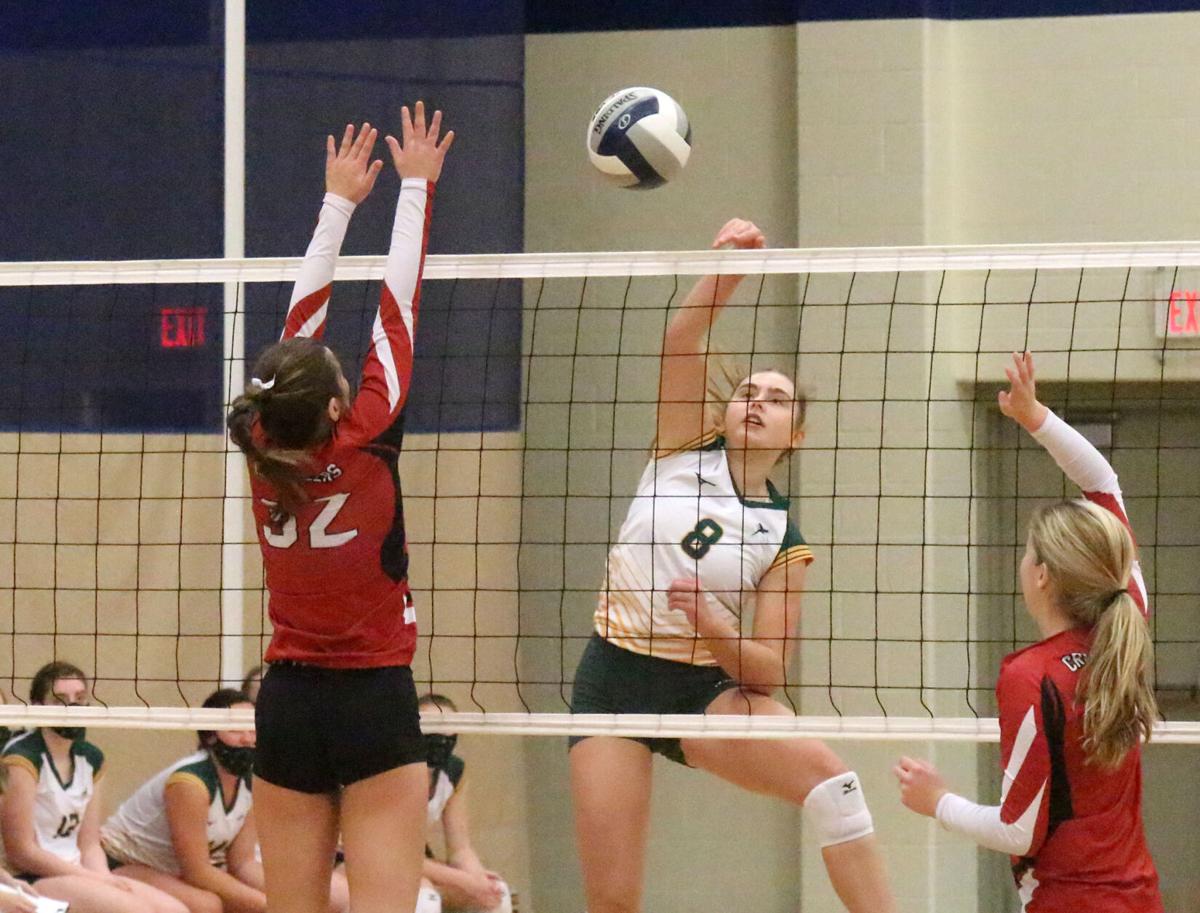 Saintes junior Allison Narmy splits the Crusader’s block attempt for a kill in the third set.

The win is the Saintes' third sweep in as many games during the playoffs, and they'll to advance to Thursday’s regional final.

St. Albert set the tempo by building themselves early leads in each set, including a 6-2 lead in set one, 11-4 lead in set two, and a 7-1 lead in set three. Though the gutsy Crusaders looked primed for a rally, the Saintes each time found ways to shut the door.

“We knew that if we served tough we could get them out of their system,” St. Albert coach Angie Lantz said. “It’s tough when your setter is 20-25 feet off the net, it's tough to set a hitter in (the) front row. So we knew that would be a strength for us.”

In answering Coon Rapids-Bayard’s rally attempts, the Saintes replied with twice the fire -- which Lantz says was key to keep this aggressive Crusader team in check.

“We also did well to get a lot of touches on the ball,” Lantz said. “Coon Rapids has some really nice hitters across the net and they did a great job of keeping the ball in play, but in the end it was just us making sure we were taking care of the ball on our side and made them play our game.”

St. Albert will now move on to face class 1A’s sixth-ranked Newell-Fonda (27-3) in the regional final at Carroll High School. As great as this feeling is, Lantz and the Saintes are far from satisfied at this point.

“We’re very happy to reach another regional final,” Lantz said. “We won’t be satisfied until we get through that fourth match.”

Game time at Carroll High school will be at 7 p.m. on Thursday.

Norfolk Public Schools has been placed on probation after a racial slur toward the Omaha Northwest girls basketball team came from the high school’s student section during a Feb. 12 game.

No. 1 Glenwood gets postseason revenge in win against LC

The Class 4-A No. 1 Glenwood girls basketball team ended Lewis Central’s season on Saturday night with a 73-40 Region 1 semifinal win in Glenwood.

An advocate with the Commission for the Deaf and Hard of Hearing says Paul Ruff has an actionable complaint after his loss at the NSAA state wrestling tournament.

Saintes junior Lauren Williams wind up for a kill past two Coon Rapids defenders during the second set.

Saintes junior Allison Narmy splits the Crusader’s block attempt for a kill in the third set.