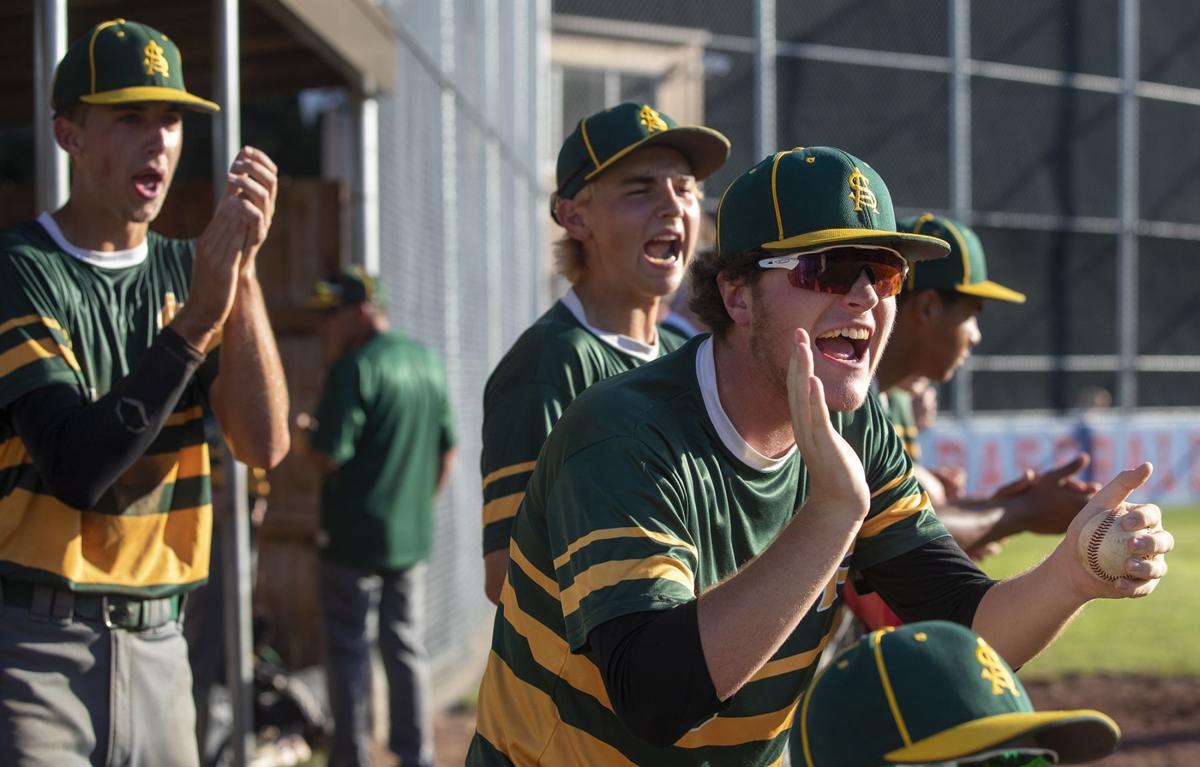 St. Albert’s Braden Scott, front, and fellow members of the Falcons dugout cheer during a game on July 1. 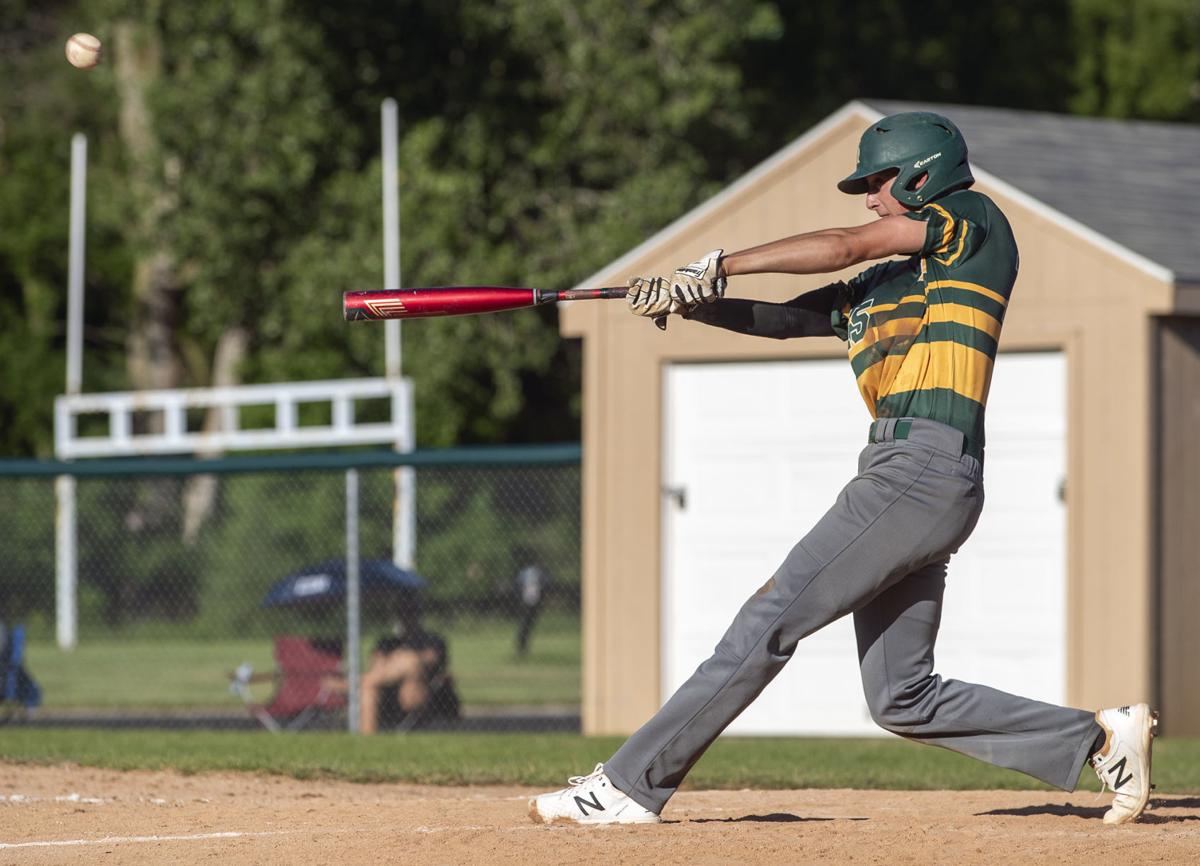 That’s been the mindset of the 2020 St. Albert baseball team, which has already made history by winning the Hawkeye 10 Conference for the first time since becoming a member in 2013. The Falcons went 24-14 last season and were 9-9 after 18 games. This year, because of a shortened season due to the pandemic, St. Albert finished 17-1 overall with a 9-1 Hawkeye 10 record, good for a conference title and city championship. All along, their approach has remained the same, guiding them through an unpredictable time.

“From the first practice on June 1, we knew we knew we had to treat it like it was our last day out here, because you never know what could happen,” St. Albert head coach Duncan Patterson said. “One of our main counterparts, (Class 4-A No. 1) Dowling Catholic just went down. We’ve just continued to work and play hard each day like this is it.”

One pivotal moment in St. Albert’s first Hawk 10 title was a 4-1 win over Lewis Central – 8-1 in conference – in the second game of the season on June 16. The second came on June 29 after St. Albert dropped its first game of the season, a 3-0 home loss to Carroll Kuemper in the first contest of a doubleheader.

After being blanked in game one, the Falcons quickly fell behind 4-0 in game two after the top of the second inning and trailed 9-3 after the top of the fourth. Trailing 13-12 heading into the bottom of the seventh, a Jaxson Lehnen RBI tied it and an Eric Matthai RBI delivered a dramatic 14-13 walk-off win. The result was as important as it was exciting, as Kuemper finished the conference slate 8-2.

“That was probably the turning point to finish out the season,” Patterson said. “They jumped out on us early in that second game, and we could have just folded, but the guys did not. That’s the thing about this team, they’ve got a lot of character, they work really well together and there’s a lot of team chemistry.”

There’s also no shortage of talent.

Entering Friday night, junior Cy Patterson was fourth in the state in RBIs (31), third in batting average (.609) and in a four-way tie for second in saves with four, along with three home runs, 16 walks and a team-best 16 stolen bases. His gaudy stats are the payoff of an offseason of hard work.

“I was doing a lot of Driveline and hitting before school closed. After (that) I went out to Omaha to work out with a fellow teammate from my summer club team,” Cy Patterson said.

Wright knew this group had the potential to have this type of season and in his final prep year is glad it’s happening.

“It’s extremely special to be part of the first team to do such a thing,” Wright said. “Ever since my freshman year we’ve had really good baseball teams, and teams that had the ability to compete for that conference title. I think this year reflects those teams that came before this one. We were close to doing it in years past. I think that we just did everything we had to do this year for it to finally happen.”

St. Albert’s arsenal also includes speed, as seven Falcons have stolen four or more bases, led by Patterson (16), Brett Klussman and Wright with 13 and Isaac Sherrill, who has 12 stolen bases, while hitting .442 with 23 RBIs.

The Falcons begin postseason play tonight with a substate matchup at home against Essex at 7 p.m., and confidence is understandably high.

“When everyone is just having fun, playing the game and not worrying about anything else that’s when we are playing our best baseball,” Wright said. “I believe If we can do that as the players, we can go however far we want.”

For Cy Patterson, the same message on the first day of practice still rings true for the postseason.

“I’m very confident because we’ve faced a bunch of great pitchers this year, which prepares us for the top competition in 1-A,” Cy Patterson said. “But, coach always stresses, take one game at a time.”

St. Albert’s Braden Scott, front, and fellow members of the Falcons dugout cheer during a game on July 1.