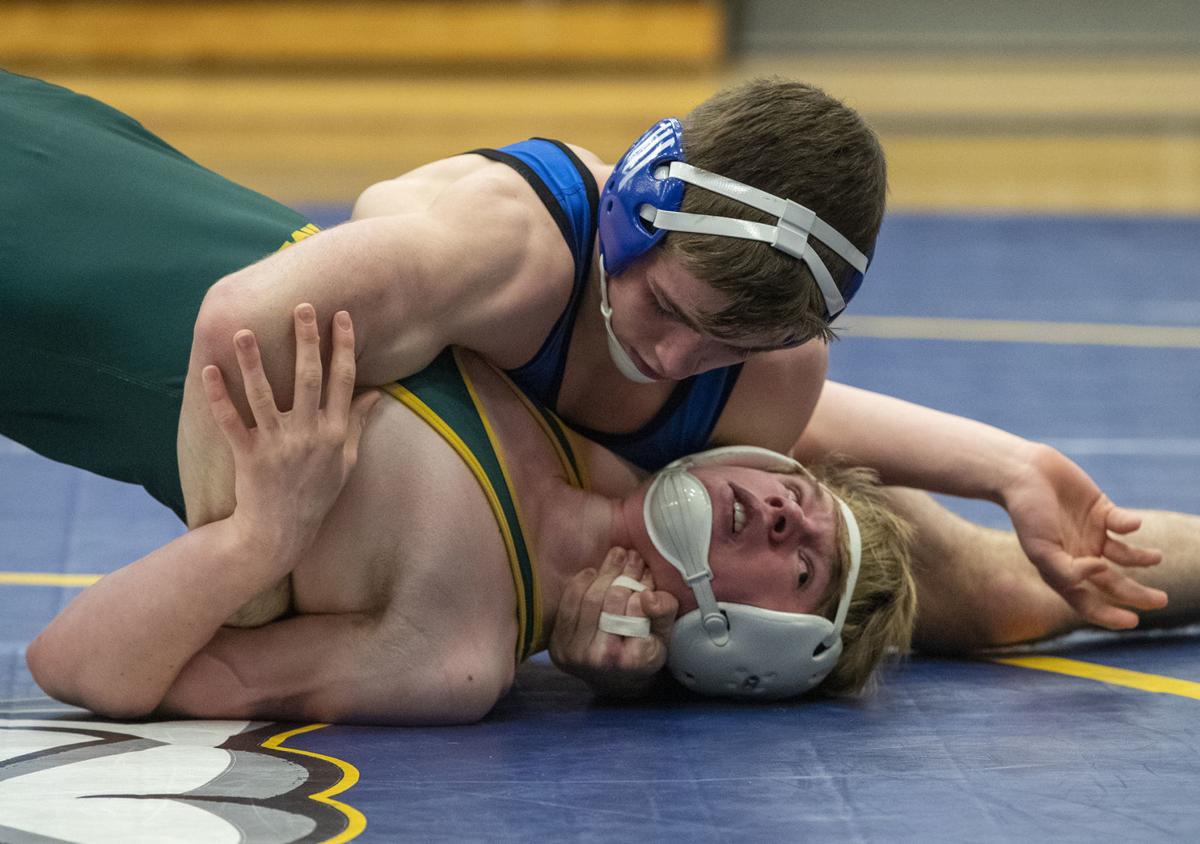 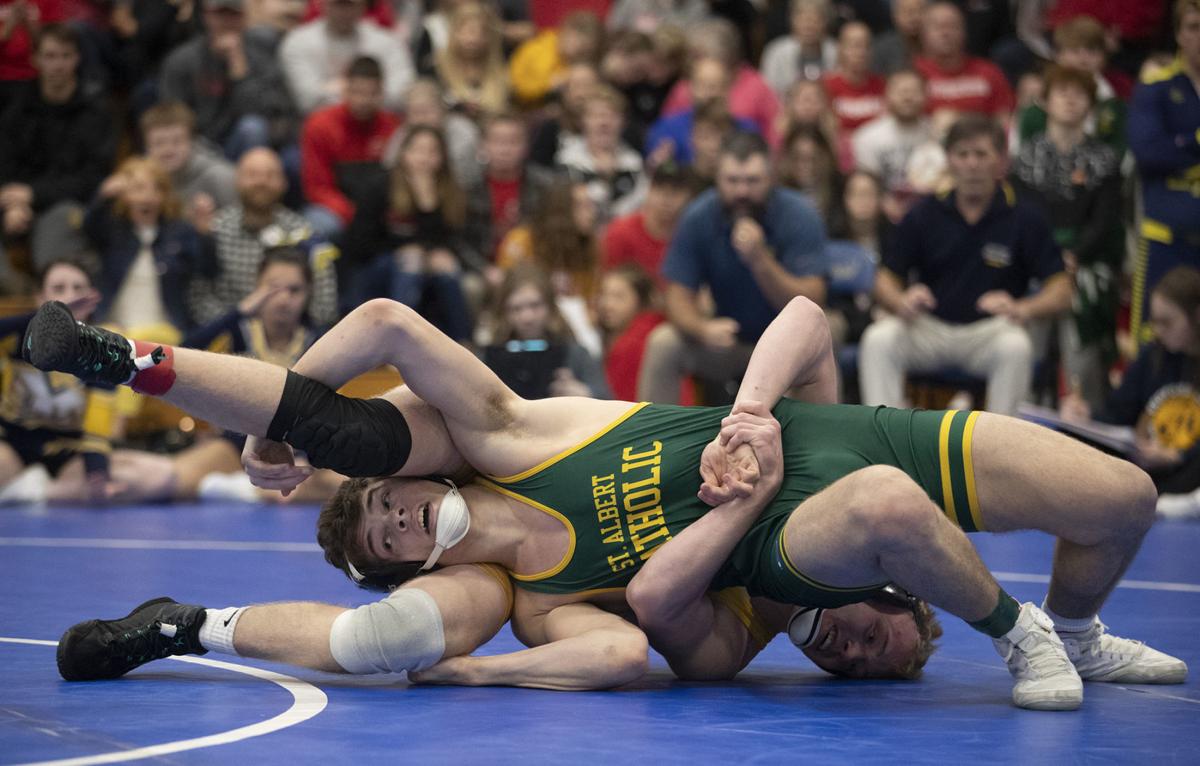 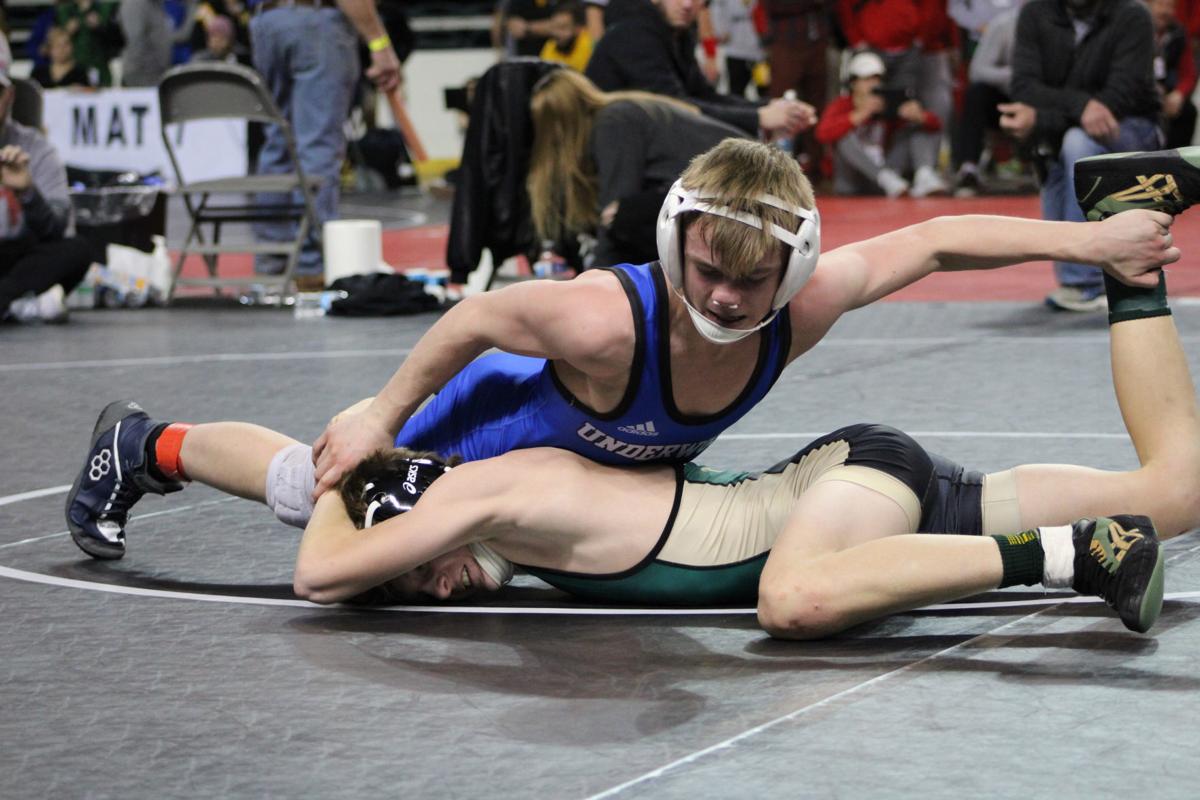 Underwood’s Gable Porter defeated Grant O’Dell of Iowa City West 8-5 to win the 106-weight class in the Gold bracket at the C.B. Classic.

The superlatives that could be attributed to Underwood’s six state-qualifying wrestlers are endless.

A talented bunch for sure, but one of them nearly had the opportunity to compete taken away from him, which makes today’s trip so special.

Thomsen competed in only 20 matches prior to state because he dealt with a severe infection over Christmas break that kept him in the hospital. At one point, the infection caused his kidneys shut down. He experienced seizures. Suddenly, state medals weren’t his primary focus. Getting healthy was the only goal.

Eventually, however, Thomsen’s health made a turn for the better. Doctors eventually cleared him to compete again, and he was a full go at sectionals.

Now fully healthy and ready to go, he has his eyes set on bettering the two third-place and fifth-place showings he’s had through his first three years.

“He doesn’t need external motivation,” Underwood coach Joe Stephens said. “He’s only not done one thing, and that’s all he’s thought about the last 12 months. The heartbreak was that that opportunity was potentially going to be taken away from him through no fault of his own. That was tough.

“He’s as tough as nails. It’s going to be a good situation for him.”

Stephens shares the same sentiment for the other five wrestlers who are chasing state gold, beginning today. Every Eagle who qualified has a goal of, at the very least, getting on the medal stand Saturday.

“They’re pretty laser focused on the main goal of winning Saturday night,” Stephens said. “They’re in a great spot. We like the draws. We like what’s going on. It’s kind of lining up the way it should. All we’ve got to do is do what we do. Take care of what we can control. That’s the message for the program and what this thing is about for us.”

Also in 1-A, St. Albert’s Cael McLaren is prepping for the state tourney after not qualifying last year. The ninth-ranked wrestler at 170 pounds in 1-A, McLaren (30-8) drew No. 8 Lane Swenson (38-3) of South Hamilton in the opening round.

“It’s hard to go from not qualifying for state to thinking about the medal stand,” St. Albert coach Jeremy Hulshizer said. “But his prep over the last nine months has put him there, whether it’s offseason wrestling or lifting weights or training for football. All those little things have helped set him apart.

“You just hope to win that first match so you’re one and done on Thursday and then start to really think about the semifinals and how you’re going to get yourself on the podium. We want him to be relaxed and confident.”

The first round of the Iowa boys state wrestling tournament starts today. Here's a look at grapplers from the district competitions Saturday

The first rounds of the IHSAA state wrestling tournament begin Thursday at Wells Fargo Arena in Des Moines. The full schedule can be found here.

Underwood’s Gable Porter defeated Grant O’Dell of Iowa City West 8-5 to win the 106-weight class in the Gold bracket at the C.B. Classic.