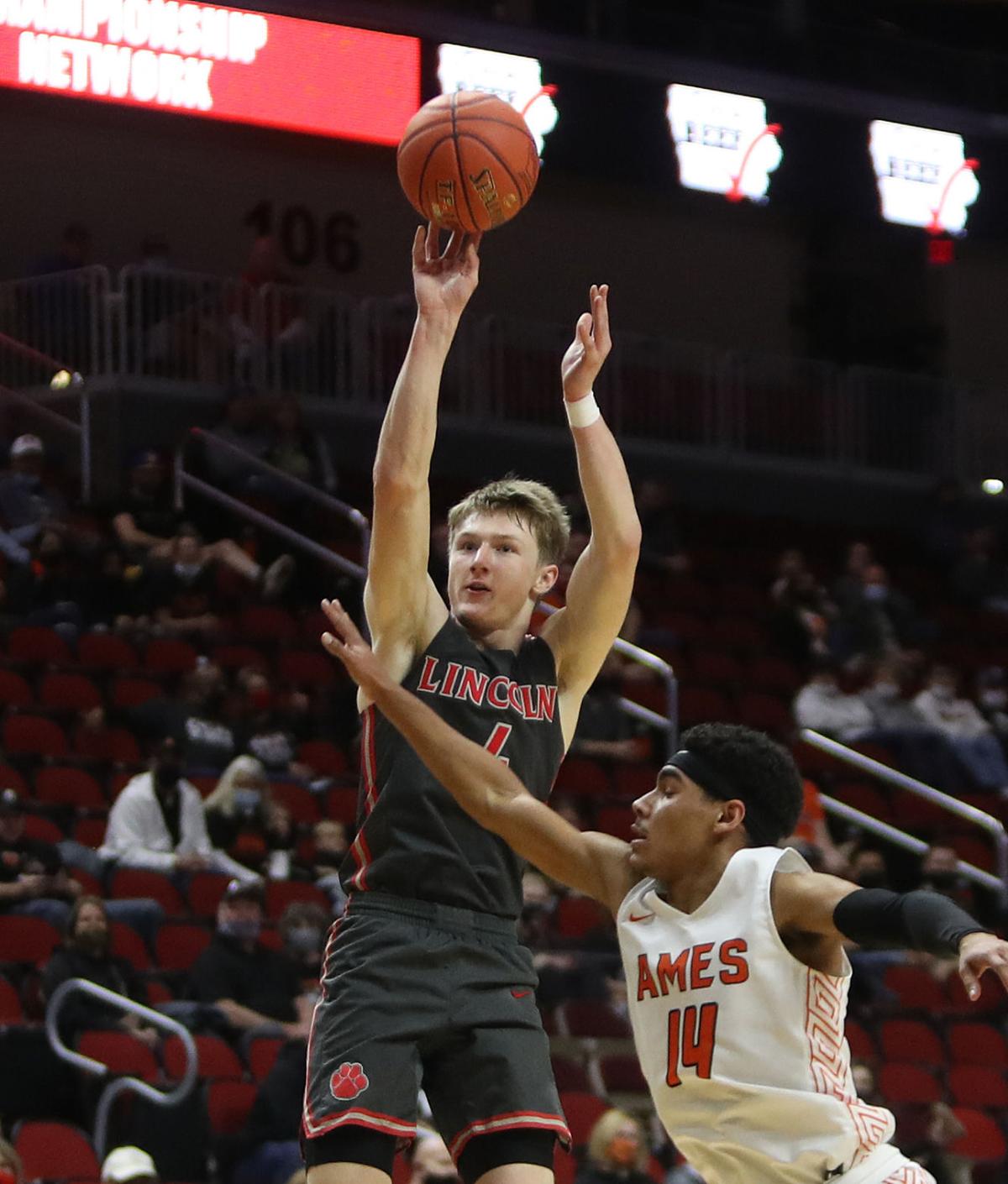 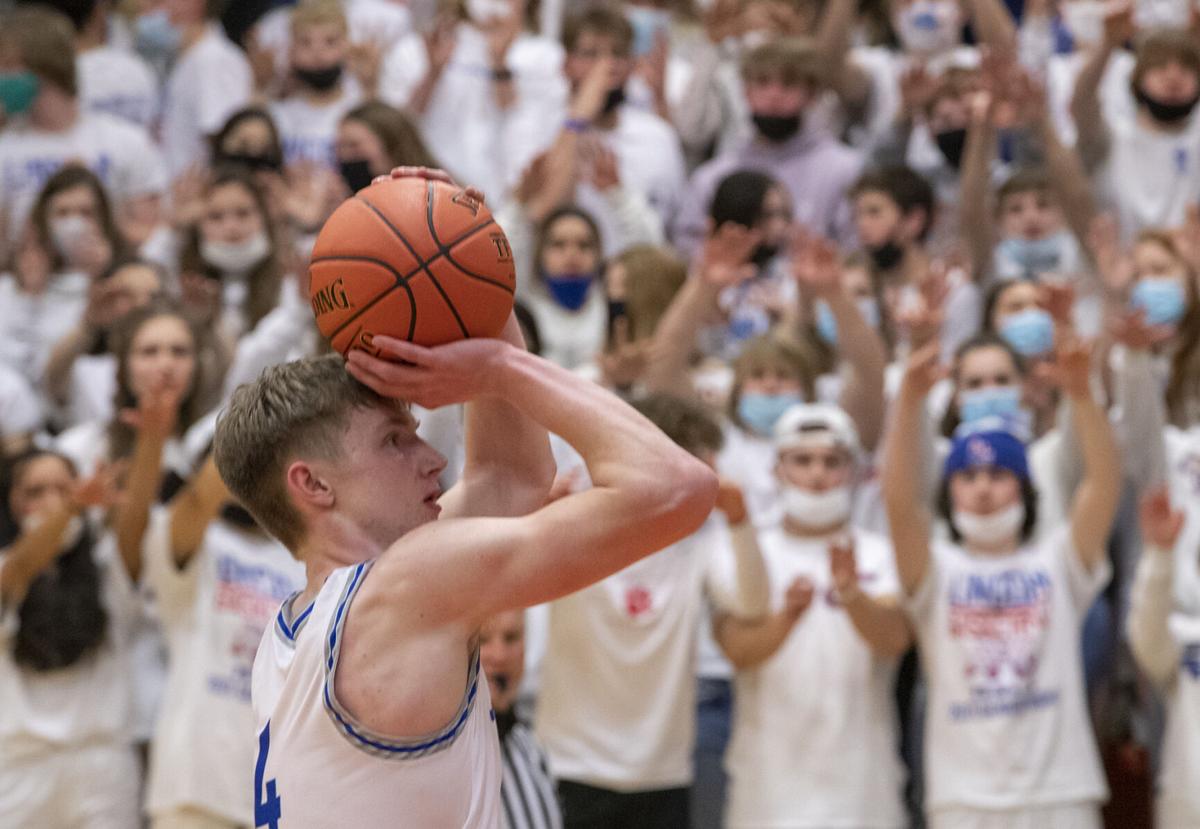 Abraham Lincoln’s Josh Dix (4) shoots a free throw during the fourth quarter on against Southeast Polk in the substate final on March 2. 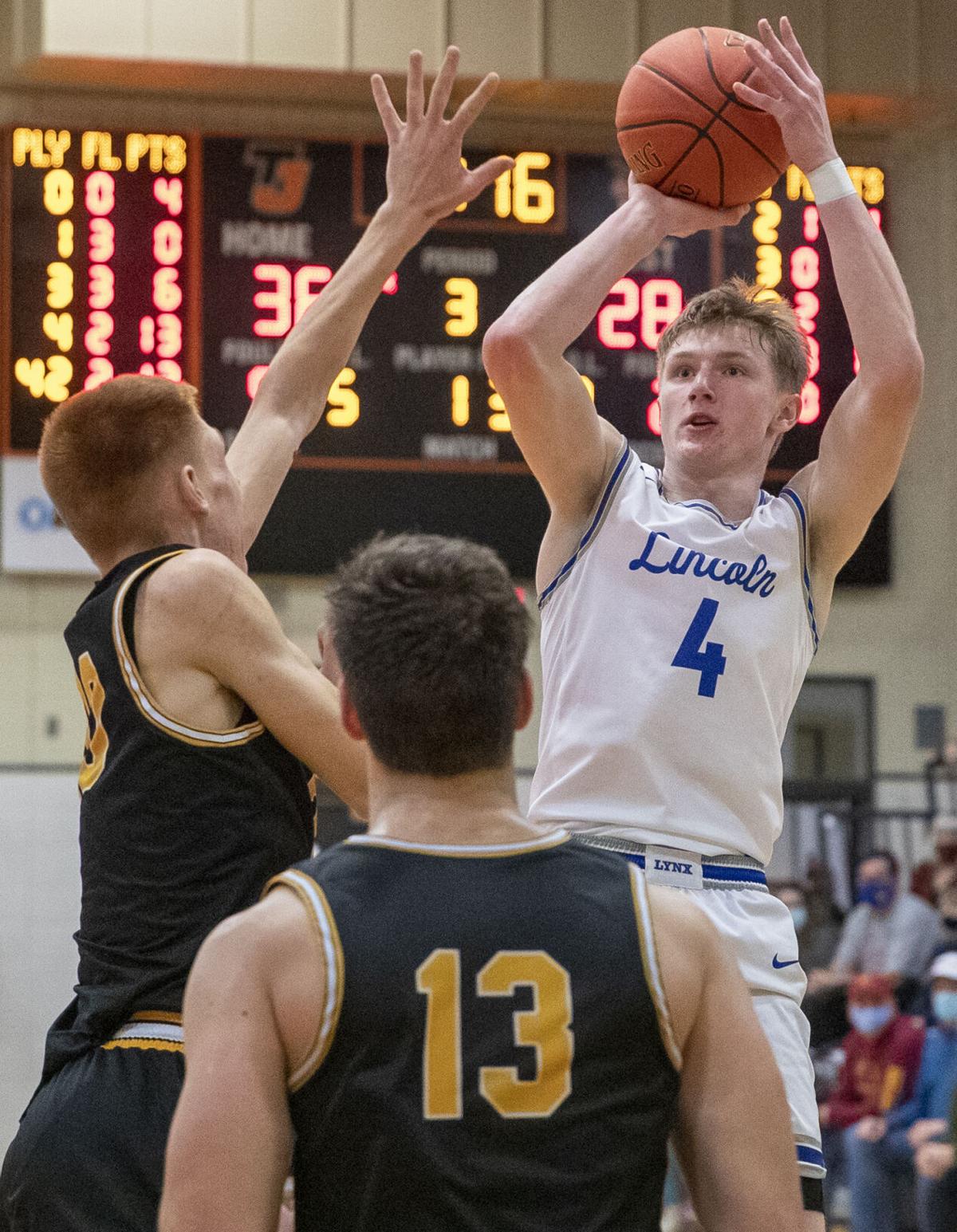 The No. 1 basketball recruit in Iowa according to 247Sports, Abraham Lincoln senior Josh Dix wasn’t quite sure where he wanted to go to college before last weekend’s visit to Iowa City.

The three-star recruit visited Iowa on Sep. 3. His experience there sealed the deal for his commitment.

“It feels great, getting a lot of stress off of my shoulders,” Dix said. “It feels great and I’m glad with where I ended up too.”

Dix had been talking to colleges for a while, but it wasn’t until after the AAU season in April that colleges offered scholarships.

“They hadn’t been able to see me play really and then in AAU they just started watching me this summer,” Dix said. “It’s definitely always been a goal to reach that high level. I didn’t know if I’d ever make it there, so to get there is super reliving.”

A.L. head coach Jason Isaacson said he was proud to see his player accomplish such a big goal.

“It’s really exciting. Josh set out big goals,” he said. “You try to develop a plan and kids have to decide if they want to put in the time to reach a big goal like that. That kid has worked his tail off on his game, just on his body. He’s really just went all in on it. It’s nice to see him get that offer and be able to play at a power school. I’m just really excited and proud of him. The kid really did work his butt off for it.”

His performance as a Lynx and during AAU caught the eyes of the Hawkeye coaches.

“I took an official visit there last weekend,” Dix said. “It was just a great environment. The guys were super cool off the court. I watched a couple practices and really loved the way they play. Just unselfish and fast tempo.”

After taking some time to talk with his family, Dix was ready to make the choice official.

“Me and my parents had been talking about it last week, through the week,” he said. “I just made it official last Thursday.”

Dix’s journey started long before his high school days. He was first introduced to basketball when he was 3-years old.

“I had a little hoop, so ever since I was three I just kind of fell in love with the game,” he said. “Just the hard work and seeing that I could make a living off this. I just want to keep doing this. I have a really fun time doing it.”

Dix said he is unsure of what he is going to major in but is looking into the business school right now. After his time at Iowa, he hopes to be involved in basketball as a player or a coach.

After the visiting Underwood Eagles volleyball team won the first set 26-24, it seemed like AHSTW was about to finish things convincingly afte…

Abraham Lincoln’s Josh Dix (4) shoots a free throw during the fourth quarter on against Southeast Polk in the substate final on March 2.